Eko Roni Saputra put on the best performance of his mixed martial arts career so far to finish Khon Sichan in the first round at ONE: WARRIOR’S CODE.

On Friday, 7 February, the Indonesian star was flawless in front of his compatriots inside Jakarta’s Istora Senayan as he scored a quick rear-naked choke.

Eko Roni Saputra ???????? sends the hometown crowd into a frenzy!

Saputra raced out of the blocks in the opening frame and barreled Sichan over behind an overhand right. A hard right elbow showed the Cambodian that he was going to be under pressure as long as he was on the canvas.

Sichan briefly popped up to his feet when the Evolve representative tried to slam his way into a better position, but it was short-lived. Saputra quickly dragged him back onto the canvas and moved straight into the mount position.

From there, the 28-year-old came close with Americana and arm-triangle submission attempts between some with heavy elbows from the top. 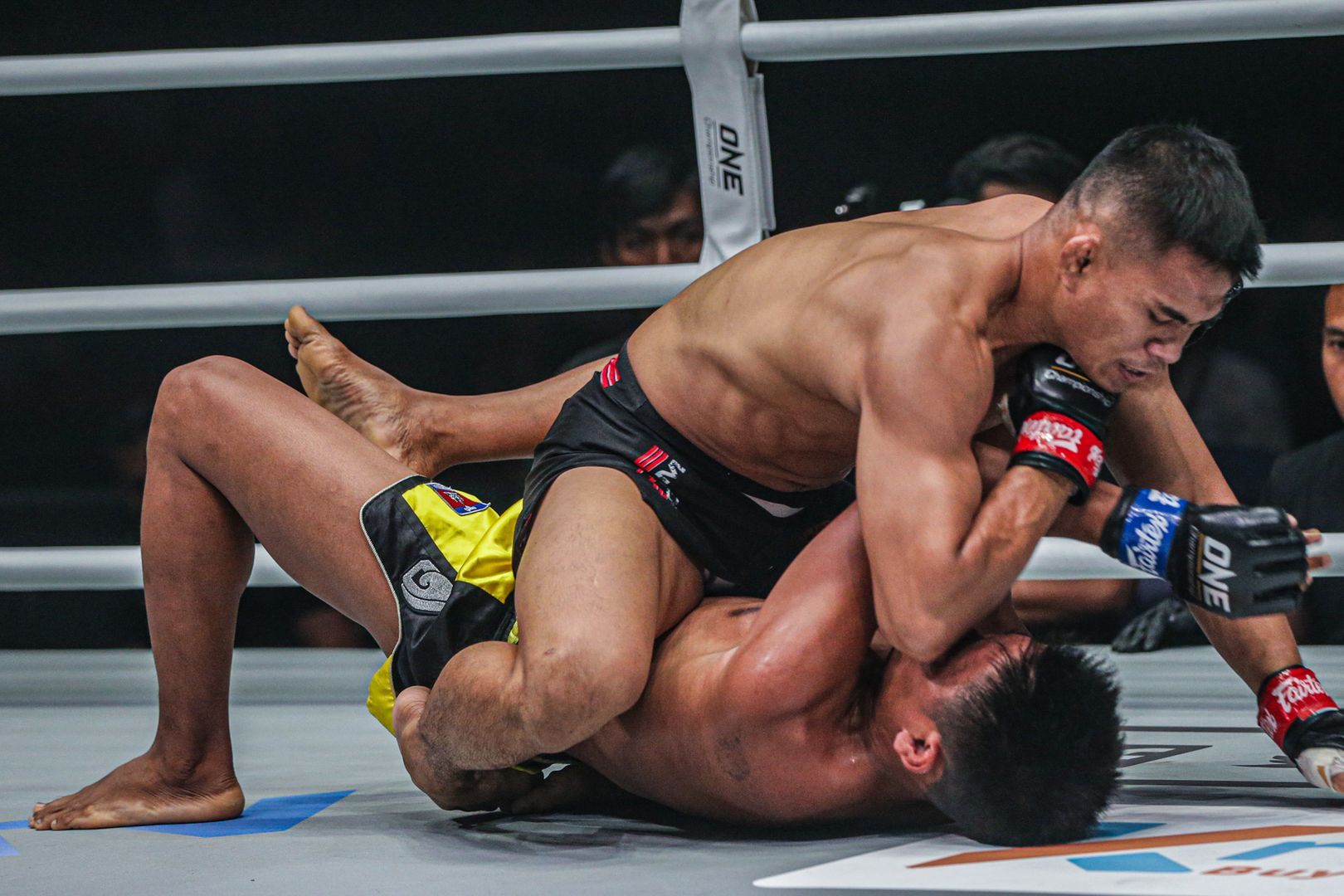 Sichan resisted, but as he tried to turn away from more ground and pound, Saputra moved effortlessly to his back, slid his right arm underneath his rival’s chin, and then cinched up a tight rear-naked choke. The Cambodian tried to hang on, but he was soon forced to tap.

Saputra is now 2-1 as a professional mixed martial artist, with back-to-back first-round wins in The Home Of Martial Arts. With his strong wrestling background and rapidly-evolving skillset, he looks like he could have the tools to rise quickly in the flyweight division.