Koyomi “Moushigo” Matsushima predicted he would get a finish in Jakarta, and on Friday, 7 February, the man from Yokohama, Japan, made good on his word.

Matsushima stopped “The Fighting God” Kim Jae Woong with a third-round TKO to cap an exhilarating featherweight clash at ONE: WARRIOR’S CODE at the Istora Senayan in Jakarta, Indonesia.

From the onset, “Moushigo” punished the legs of his foe with low kicks then swiftly shot in for a takedown. Kim worked back to his feet and created distance with punches, but he was not out of danger for long.

The 27-year-old Japanese athlete shot for another double-leg, and as he pressed “The Fighting God” against the ropes, he picked him up, carried him to the center of the ring, then slammed him onto the canvas. It took a moment for Kim to collect his composure before he could scramble up again and resume the striking battle.

In the second stanza, Matsushima started to find a home for his right hook and hit another takedown early on, but his opponent recovered to start firing back with hard punches to the head and body. However, at the midway point of the round, the South Korean was caught coming in by a counter right hand that put him on his back. 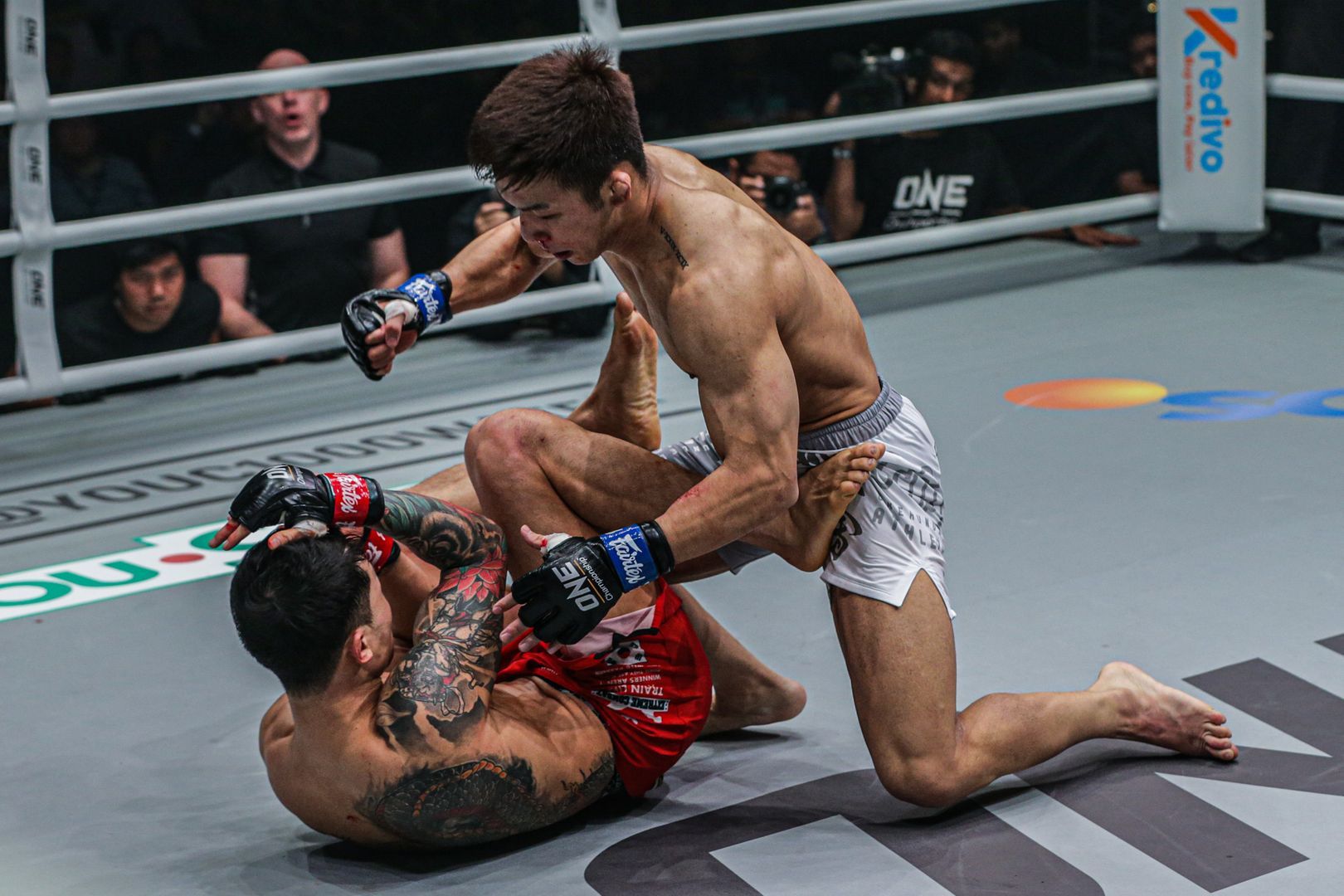 That was not enough to put “The Fighting God” away, and he was still a threat when the stand-up exchanges started again.

Knowing he had hurt Kim, “Moushigo” threw everything he had at his rival at the start of the final frame. He began with a left head kick, and then caught the man from Seoul clean on the chin with a perfect overhand right.

“The Fighting God” was wobbled and Matsushima pounced with another right hand that sent him to the ground again. This time, Kim could not defend himself from the ground and pound and referee Kemp Cheng jumped in to stop the action after just 24 seconds of round three. 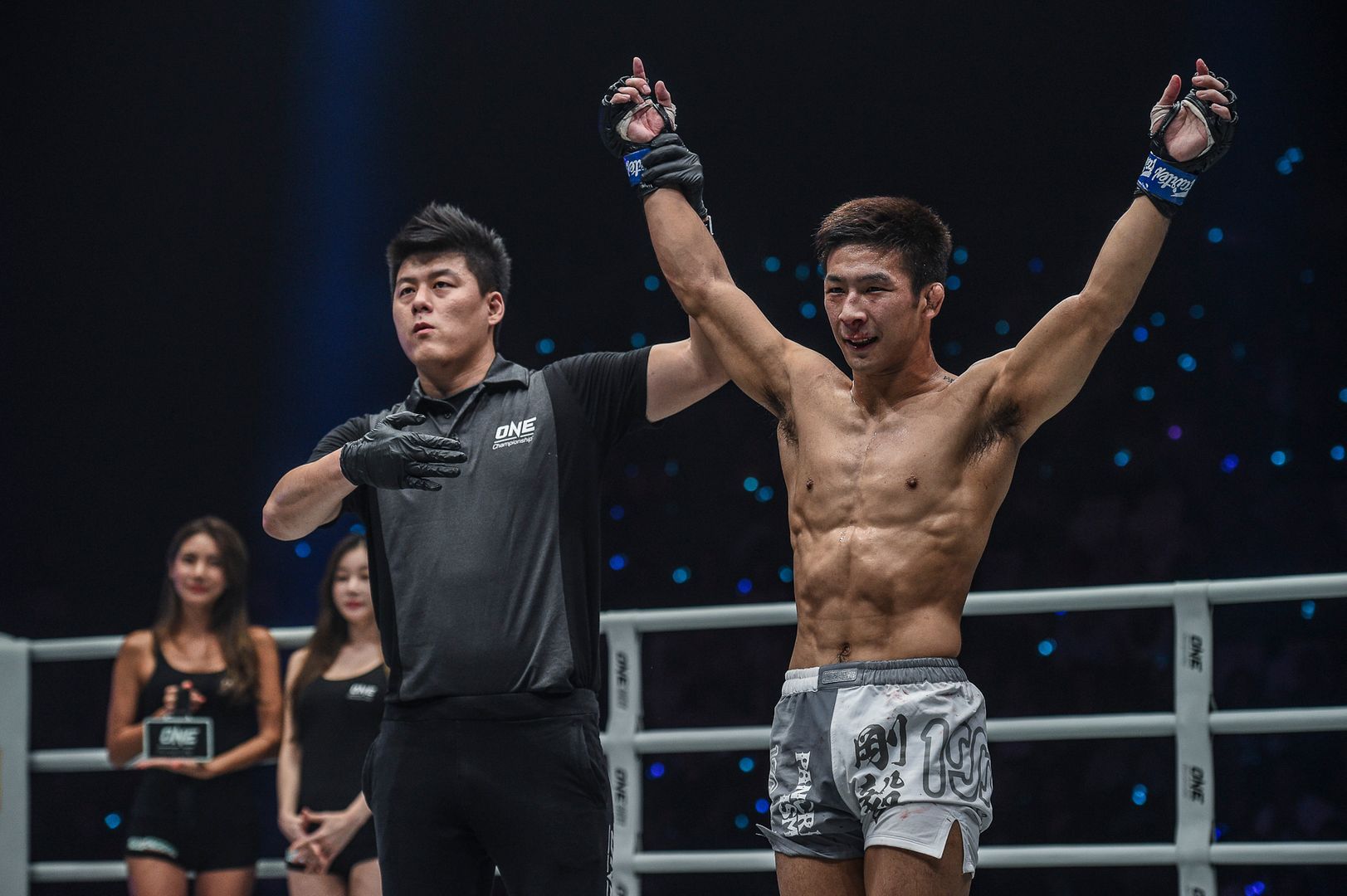 The win improved Matsushima’s record to 12-4 and put him back on track in his quest for the ONE Featherweight World Title.