The card for ONE: A NEW ERA just got bigger.

On Thursday, ONE Championship Chairman and CEO Chatri Sityodtong announced via social media that all four quarter-final bouts of the ONE Flyweight World Grand Prix will be featured on the promotion’s inaugural in Tokyo, Japan on Sunday, 31 March.

In addition to that monstrous news, the bracket for the ONE Flyweight World Grand Prix was revealed.

On one side of the bracket, American superstar Demetrious “Mighty Mouse” Johnson will make his highly anticipated promotional debut when he faces Japan’s own Yuya “Little Piranha” Wakamatsu. 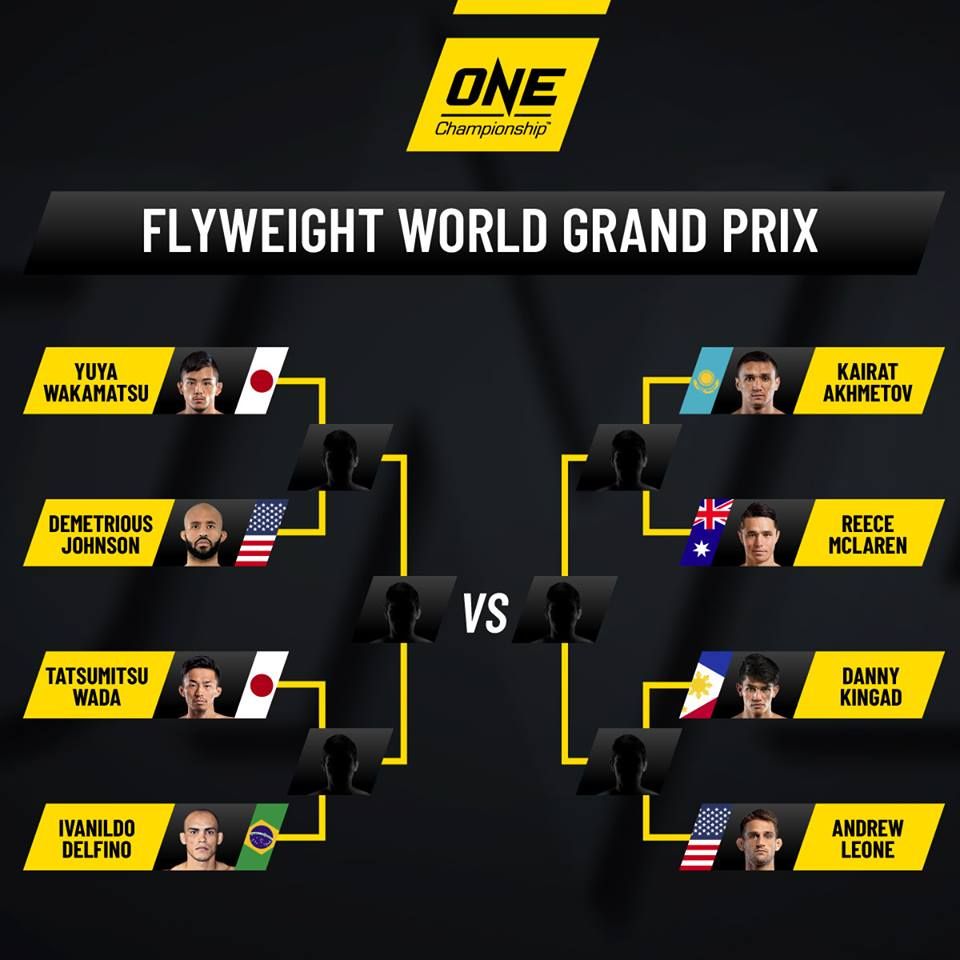 Johnson is a 12-time Flyweight World Champion whose credentials are unmatched by anybody else in the sport. He will have a bright spotlight on him, but Wakamatsu will do everything possible to spoil his grand premiere in The Home Of Martial Arts.

In the other quarter-final bout on that side of the bracket, DEEP Flyweight World Champion Tatsumitsu “The Sweeper” Wada will meet undefeated Brazilian Ivanildo Delfino, who will make his ONE Championship debut.

The winner of those two match-ups will meet in the tournament semi-finals later in 2019.

On the opposite side of the bracket, former ONE Flyweight World Champion Kairat “The Kazakh” Akhmetov will look to build on his momentum when he meets Australia’s Reece “Lightning” McLaren.

Akhmetov holds victories over reigning ONE Flyweight World Champion Adriano “Mikinho” Moraes and former titleholder Geje “Gravity” Eustaquio, and he could find himself in a trilogy bout with the Brazilian should he win the tournament.

However, McLaren is a top contender and remains unbeaten in this weight class since dropping down from the bantamweight division in November 2017.

The last quarter-final bout will see a battle of former World Title challengers, as the Philippines’ Danny “The King” Kingad goes up against Bali-based American Andrew Leone.

The winners among this group of four will meet in the other semi-final later this year.

ONE: A NEW ERA, which takes place at the historic Ryogoku Kokugikan, will also feature four World Title bouts, the final ONE Lightweight World Grand Prix quarter-final, and a clash of kickboxing legends.