For the first time ever, China’s brightest prospects will be joined by established ONE Championship stars from across the globe for the latest installment of ONE Hero Series (OHS).

On Monday, 28 October, the search for the country’s next martial arts superstar will continue as 24 warriors get set to compete in 12 bouts under Muay Thai, kickboxing, and mixed martial arts rules at OHS October.

An impressive display could see one or more of these athletes earn a contract to become a permanent part of the main roster in The Home Of Martial Arts.

In the main event, Li Zhe will attempt to get his fourth victory in OHS.

After earning submission wins over Yang Ying Qiang, Xie Long Long, and most recently Wang Ma Lun in June, the 19-year-old will look to use his remarkable Brazilian Jiu-Jitsu skills to notch another spectacular win.

Standing in his way, however, is Ze Lang Zha Xi. The 21-year-old could be his perfect foil, as he comes from a striking background and has a reputation for defeating his opponents by TKO.

It’s classic styles clash, but this strawweight encounter will undoubtedly be contested at a fast pace. Fans should not blink when the bell rings.

Before the headline attraction, a quartet of competitors with experience at the highest level will enter the ring to bring some extra star power to the event.

Up first, America’s Anthony “The Assassin” Njokuani will square off against four-time World Caged Muay Thai Champion Elliot “The Dragon” Compton in a battle of elite lightweights.

Njokuani made waves in his ONE Super Series debut last year by defeating the legendary Andy Souwer after three rounds, whereas his Australian opponent is coming off a dominant win against Matthew Semper, in which he scored multiple knockdowns to claim victory by a wide margin on the judges’ scorecards. 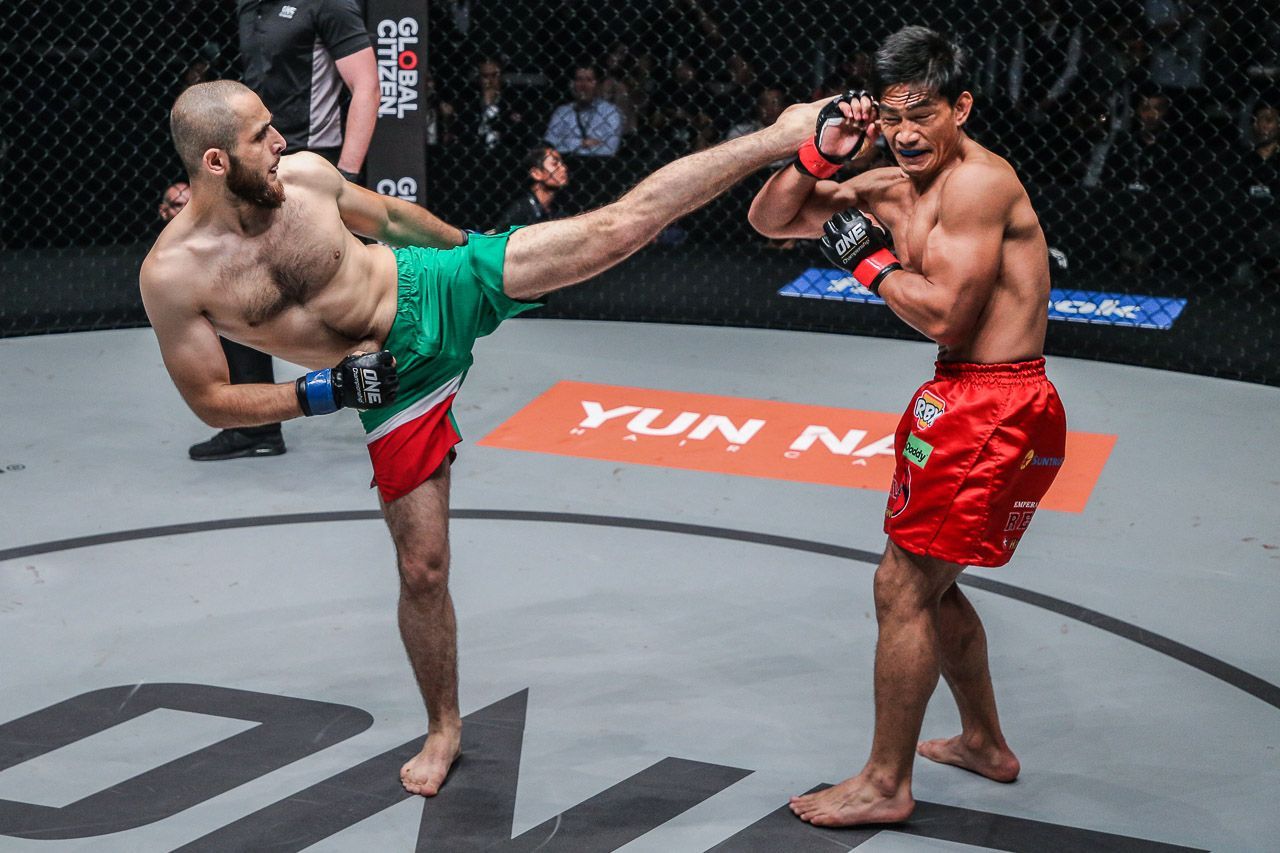 Later in the evening, a pair of Russians will go to war in a mixed martial arts contest.

Both Kharun “The Predator” Atlangeriev and Aziz Pahrudinov entered ONE Championship last year as highly-touted, undefeated contenders, but they both suffered their first defeats at the hands of Eduard “Landslide” Folayang on his way back to the ONE Lightweight World Title.

However, either sambo specialist from Dagestan could leap back into the mix at the sharp end of the division with a win in the Chinese capital.

The full lineup for ONE Hero Series October is listed below.