Elliot “The Dragon” Compton got his first win in ONE Super Series on Friday, 29 June.

Elliot Compton opens ONE: SPIRIT OF A WARRIOR with an exciting kickboxing showcase, picking up the unanimous decision win!

Elliot Compton opens ONE: SPIRIT OF A WARRIOR with an exciting kickboxing showcase, picking up the unanimous decision win!Watch the full event LIVE & FREE on the ONE Super App ???? http://bit.ly/ONESuperApp | TV: Check local listings for global broadcast

The 29-year-old Australian put on a clinical performance in his second promotional appearance, as he defeated American Muay Thai stylist Matthew “Sobek” Semper in a ONE Super Series kickboxing bout to kick off ONE: SPIRIT OF A WARRIOR.

There was no feeling-out process for these two lightweights.

Both competitors ignited the Thuwunna Indoor Stadium in Yangon, Myanmar, with non-stop action from the opening bell. Semper came out charging at “The Dragon” like a bull, throwing big looping punches and trying to overwhelm his opponent.

Compton did not back down in the face of the aggressive attack, however. He responded with a beautiful jumping knee that just missed the mark, and then set up a perfectly-timed counter jab, which dropped the Phuket-based American to the canvas. “Sobek” made it back to his feet before the 10-count, but it was clear he felt the ill effects of the stiff jab. As the first round came to a close, Compton remained in control with Semper struggling to get inside of his massive reach.

The surgical precision from Compton continued to plague the Tiger Muay Thai product throughout the contest, with the Australian finding a home for his straight punches again and again.

In an almost identical exchange in the second round, “The Dragon” fired off a straight jab, which dropped Semper to the ground yet again.

This time, once he returned to his feet, the American’s aggressiveness slowed down. He played more defense to avoid a third knockdown, which inevitably allowed Compton to completely dictate the pace. 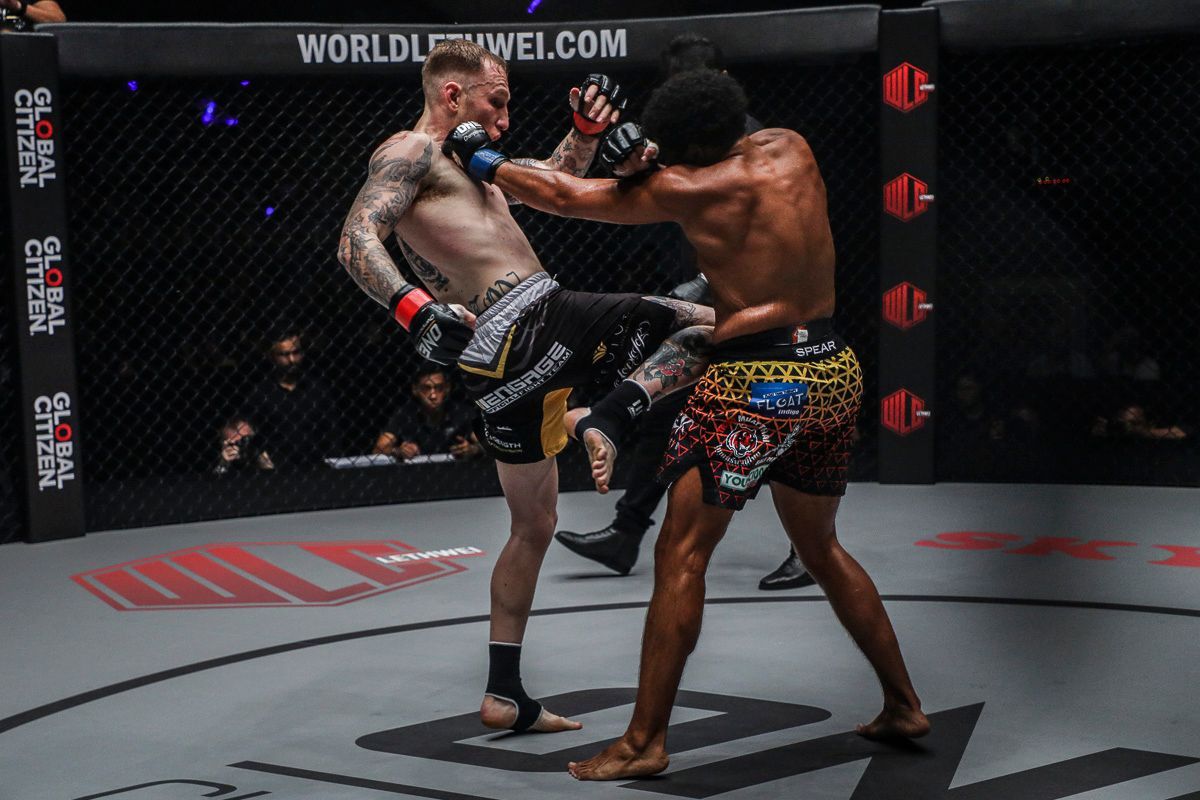 Throughout the rest of the frame, and much of the third, the Aussie attacked with a blistering series of combinations, including several rib-rattling knees to the body, all while still utilizing his reach to pepper his rival from the outside.

Semper did his best to throw Compton off his game, and launched huge overhand rights in an attempt to earn a late knockout in the third round. However, he was unable to land the bout-stopping strike.

Once the final bell sounded, “The Dragon” knew he had done more than enough to secure the win, and he climbed on top of the cage to celebrate with the Yangon crowd.

The judges all agreed, and they awarded Compton the unanimous decision win.

“The Dragon” had an incredible performance, and improves his record to 46-11, becoming the first Australian to get a victory in ONE Super Series.