Kiamrian Abbasov says he should be next in line for a shot at the ONE Welterweight World Title, and with a win against a legend of Japanese mixed martial arts, he believes he will prove it.

On Friday, 3 May in the co-main event of ONE: FOR HONOR, the Kyrgyz warrior will face Yushin “Thunder” Okami, and he is full of confidence after his last performance in ONE Championship.

In December, the 25-year-old scored a spectacular first-round submission of former World Title challenger Agilan “Alligator” Thani, which showed he belonged in his division’s top table.

Now, in Jakarta, Indonesia, the Prime Selection GP Welterweight Champion aims to prove he is the rightful top contender to Zebaztian “The Bandit” Kadestam’s belt.

Abbasov has proved he is dangerous with his striking and grappling with 13 finishes in 20 wins as a mixed martial arts professional, and as he explains, if he can add to that tally inside the Istora Senayan, he will demonstrate that no other welterweight is more worthy of challenging for his sport’s top prize.

ONE Championship: How did you pull off such an impressive win against Thani on his home turf?

Kiamrian Abbasov: I had a good fight camp, and I was in a peak form, so with God’s help, I won. I did notice that the audience in Malaysia loved him, but it didn’t affect me. In the past, I successfully squared off with local heroes.

Agilan didn’t have any surprises for me. Besides, my previous loss to Luis Santos forced me to train harder and to dig deeper. I was very determined to win – I needed to win. 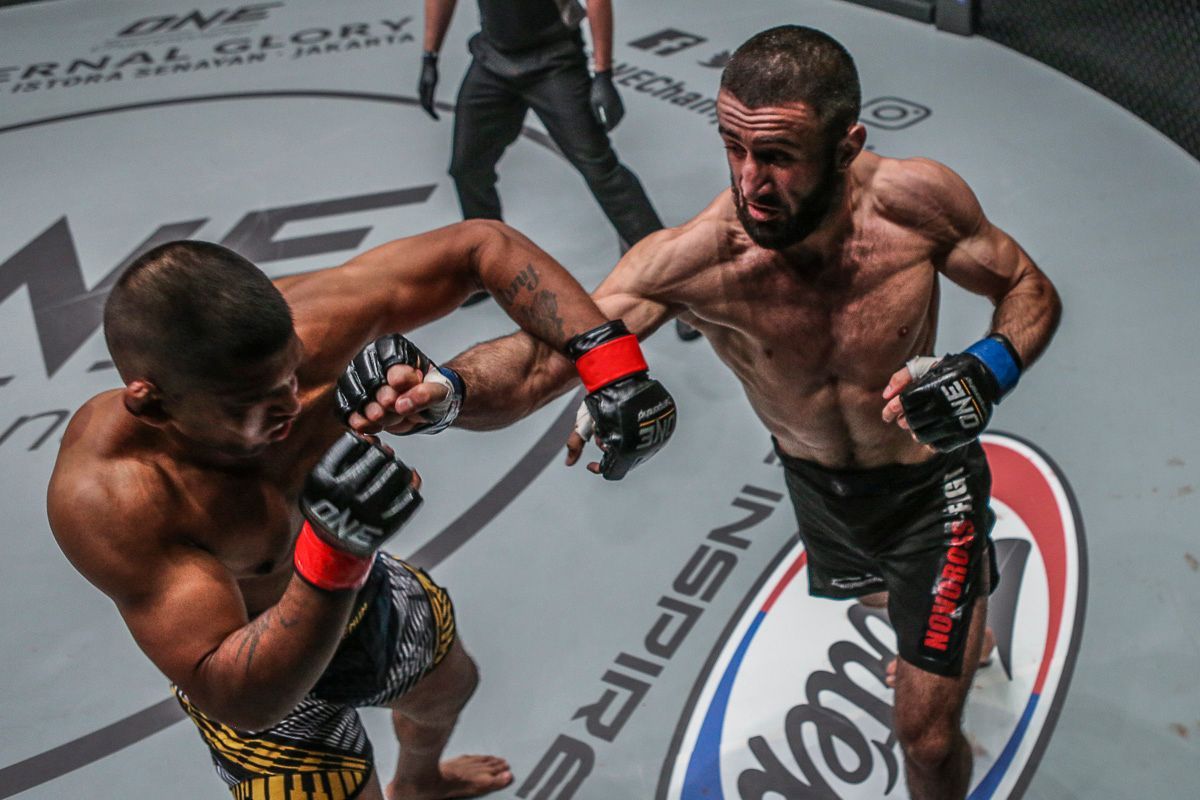 ONE: What did the victory mean to you?

KA: It gave me an opportunity to showcase my range of skills. I demonstrated both my grappling and striking ability.

It also showed that I’d improved. When I fought Santos, I had just moved down a division. It was a physically demanding fight for me, and I didn’t feel very comfortable in this new weight class.

Santos gave me some very good experience. He forced me to work on my wrestling and my strength. My work paid off, I won. I am a relatively new fighter in ONE, so I had to prove myself.

When you sign a new contract, especially in a good promotion, you have to make a statement, you have to showcase your skills, and I did that.

ONE: How do you rate your opponent, Yushin Okami?

KA: He is a very good and experienced athlete with a solid record and interesting fighting history. He competed for a World Title and faced some very serious opponents in his career, I have nothing but respect for him.

I think he is less dangerous than Santos – my previous opponent. I present a danger to Okami. If Yushin thinks that he can walk through me and that I will be just one of the guys that he can add to his résumé, he is very wrong.

I am a solid opponent, and it will be a fun night in Jakarta when the door of the cage closes. I wish him to approach that day without any injuries – he will need his strength when he faces me, as I am stronger and more experienced now. I want him to be strong so I can win against a great opponent. 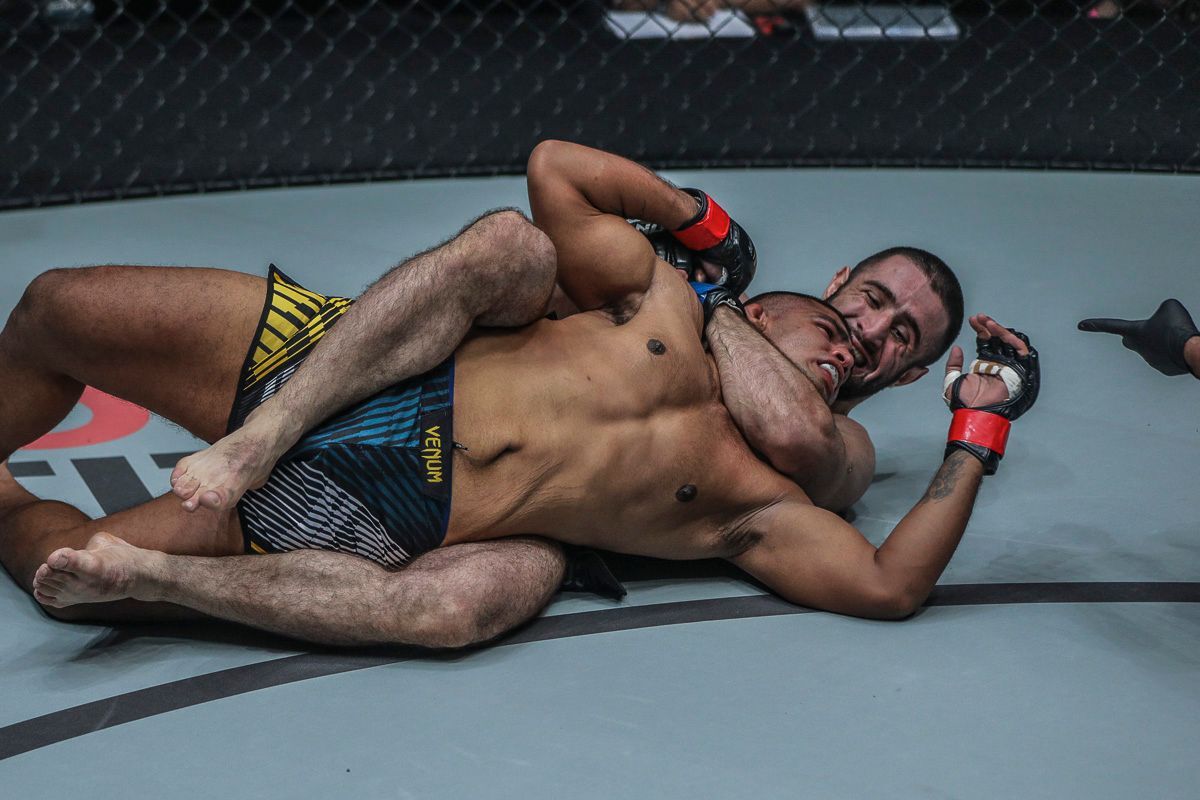 ONE: What advantages do you have over Okami?

KA: I have competed against guys who were stronger than Okami – guys who had better wrestling and striking – so if I am injury free and prepared, I can win.

I’ve been working on my endurance. You need it to fight Okami, he likes taking things slow. He always fights as if he is not in a hurry – like he has a lot of time.

I will need to be proactive and make him play my game. He is dangerous because he is a well-rounded athlete with good wrestling and striking skills, but that’s what makes it interesting for me.

ONE: How do you think the bout will end?

KA: I would like to have a quick win in one of the opening rounds – preferably via KO because I want to make a statement. It needs to become clear that I deserve a World Title fight. 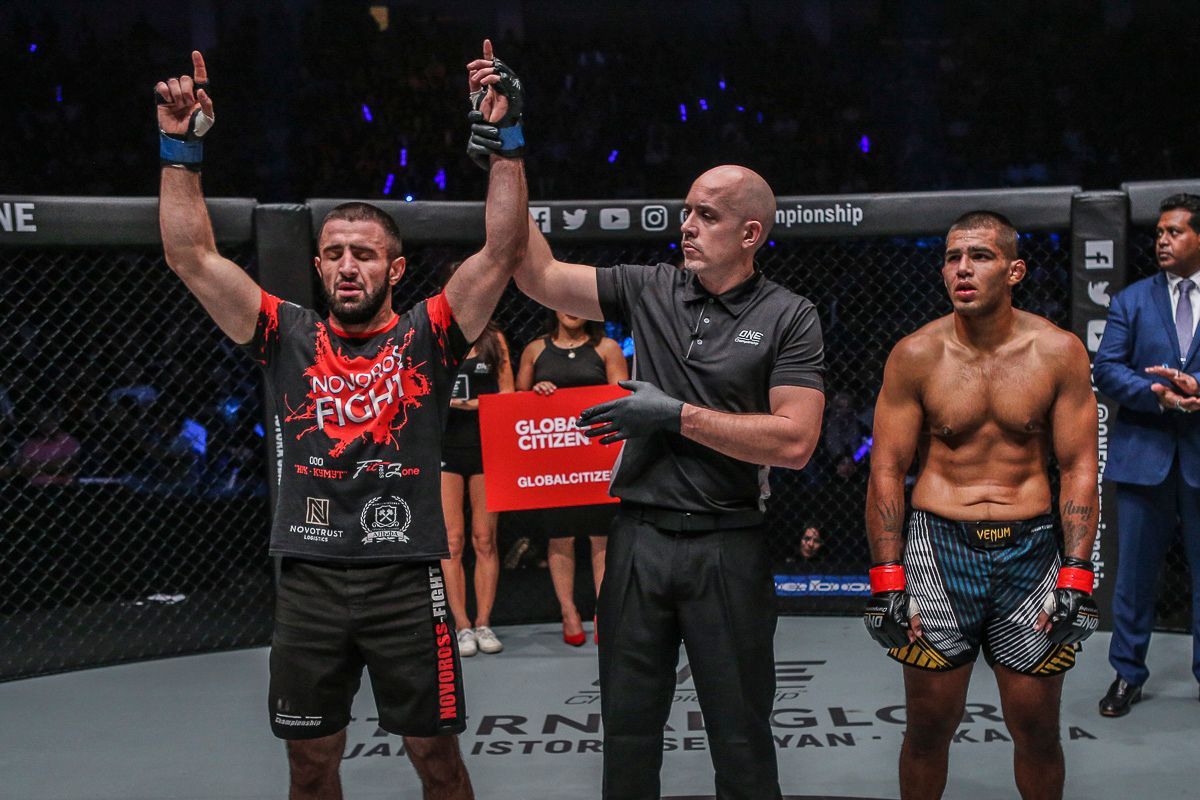 ONE: Do you think you deserve a shot at the belt more than James Nakashima, who is undefeated at 11-0?

KA: I don’t think Nakashima deserves a World Title shot more than I do. My bout against Santos was such a close call – all the judges saw how much effort I put into it, how I pressured him. I made Santos work really hard.

After that, I beat Agilan – a very popular ONE athlete. Now I should be number two in the division, in which case I deserve a World Title fight, but it is down to matchmakers of ONE.

I think me against Zebaztian [Kadestam] would be a thrilling match!