The stars of ONE: DAWN OF VALOR’s main event were joined by some of the local heroes on the bill for the official open workout on Tuesday, 22 October at the Syena Martial Arts Center in Jakarta, Indonesia.

The event will take place at the Istora Senayan this Friday, 25 October.

At the top of the bill, Zebaztian “The Bandit” Kadestam will defend the ONE Welterweight World Championship against Kiamrian “Brazen” Abbasov in a battle of finishers who both have a 100-percent stoppage rate in The Home Of Martial Arts. 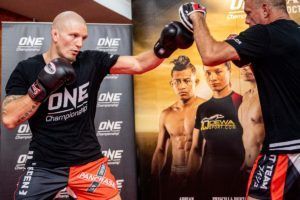 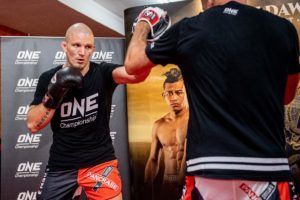 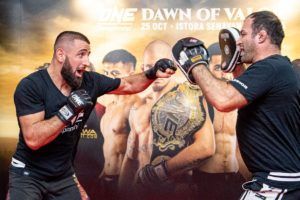 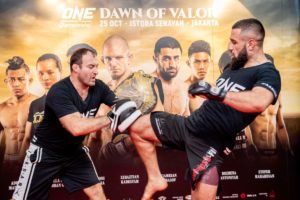 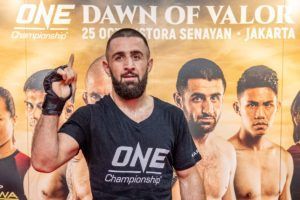 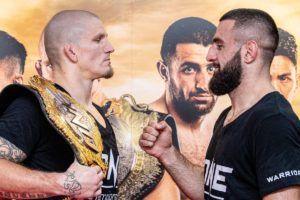 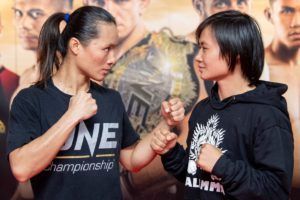 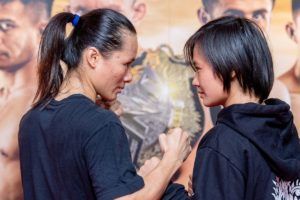 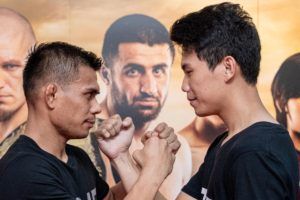 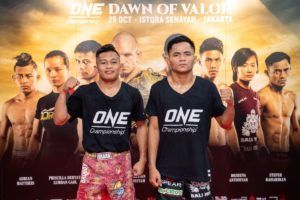 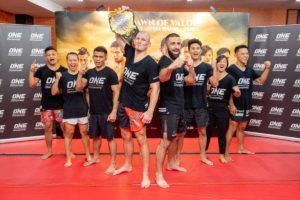 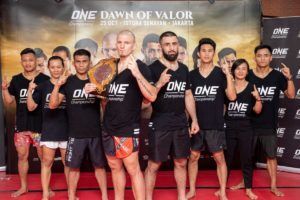 The Swedish superstar will return to the venue in which he won the belt last October, and he is delighted to be back.

“I’m grateful to be back here in Jakarta and to be defending my ONE Welterweight World Championship again,” he said.

“Kiamrian [Abbasov] is an amazing fighter and a deserving challenger. I know that he will give me a good test come event night. We promise that we will put on a great show for the fans in Jakarta and everyone watching all over the world.

“I have worked extremely hard to be where I am today, with this ONE Welterweight World Title wrapped around my waist, and I fully intend on keeping it that way.”

The Indonesia capital is also familiar territory for the Kyrgyz athlete after he earned his shot at the gold there in May by knocking out Yushin Okami.

He is confident he can repeat that result at ONE: DAWN OF VALOR.

“This is a great opportunity for me. I am blessed to be in this situation, challenging for the World Championship, but I know that I’ve worked hard for this, and it is my time to realize my dream of becoming a World Champion,” Abbasov said.

“Zebaztian Kadestam is a great champion and a great fighter, but I am coming for that belt with everything that I have. I’m prepared to go the full five rounds, but make no mistake about it, I will be looking for the finish.”

The card is also packed with top home talent, including Priscilla Hertati Lumban Gaol, who will face Myanmar’s Bozhena “Toto” Antoniyar in a women’s atomweight clash.

“Thathie” has always been at her best when she has competed in front of her compatriots, and she is delighted to get the chance to do it again.

“Competing in Jakarta again is a blessing, it always is, and I’m really happy to be performing again in front of my home country and fans,” she said.

“I believe that a win here will put me on track to becoming a top contender in the ONE women’s atomweight division, so this will be a really big match for me. I have worked and trained hard for this, and I am ready to give myself and my country the victory.”

The task of facing a hometown hero has not discouraged her rival, however, who is also confident of her second victory in a row.

“I’m coming off a really big win, and I believe that another win over a veteran like Priscilla will put me in line for a shot at the World Championship,” says Antoniyar.

“With that in mind, I plan on giving this match everything I have. I know Priscilla will have the crowd firmly behind her, but I believe in my capabilities, and I know I have what it takes to come out victorious.”

Plus, there will be four all-Indonesian clashes at the start of the show, including the strawweight showdown between Stefer “The Lion” Rahardian and Adrian “Papua Badboy” Mattheis.