The full bout cards have been announced for the historic ONE: CENTURY double-header event, which emanates from the Ryogoku Kokugikan in Tokyo, Japan on Sunday, 13 October.

ONE Championship Chairman and CEO Chatri Sityodtong revealed all 22 match-ups — 11 for each show — on his Facebook account, complete with four ONE World Title bouts and three ONE World Grand Prix Championship Finals.

Topping the first bill, which will air live on TNT in the USA, is the ONE Women’s Atomweight World Championship tilt between reigning titleholder “Unstoppable” Angela Lee and strawweight queen “The Panda” Xiong Jing Nan.

This will be a rematch of their first encounter from ONE: A NEW ERA in March, and if Xiong — the reigning ONE Women’s Strawweight World Champion — gets a second victory over Lee, she will become the first female and Chinese athlete to hold ONE World Title gold in two divisions in the sport of mixed martial arts.

Also, there will be a pair of thrilling co-main events.

Eight more epic bouts will fill out Part I of ONE: CENTURY, which can be viewed in the graphic below. 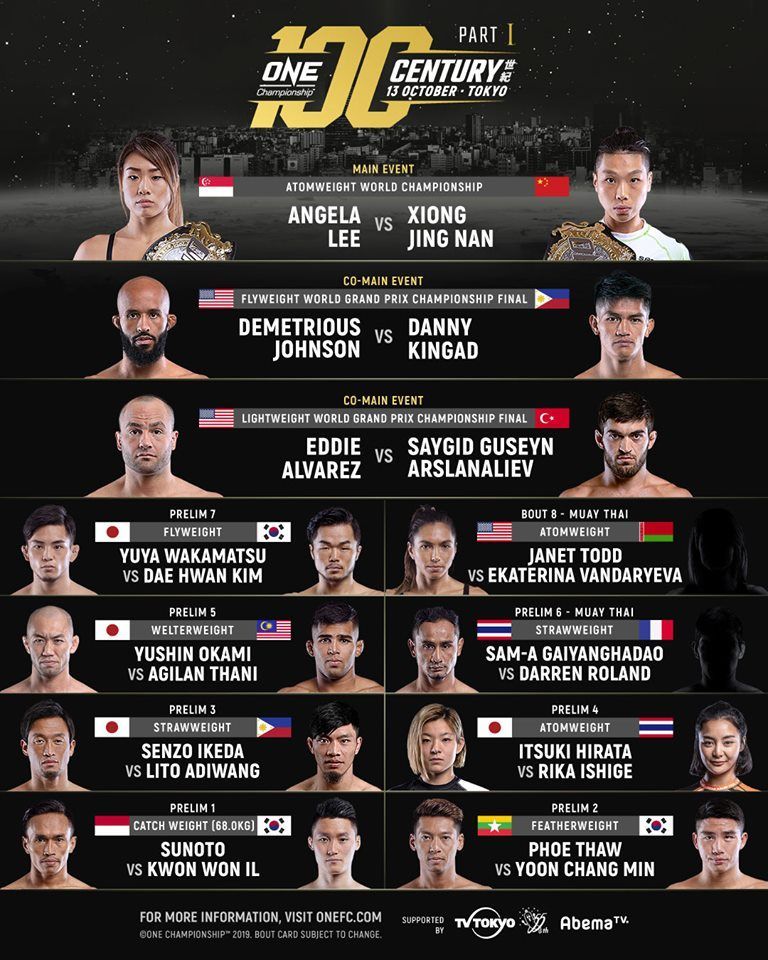 The second installment, which will air live across 140+ countries, is headlined by the biggest light heavyweight contest in the promotion’s history.

If Vera were to defeat “The Burmese Python,” then he would achieve his dream of becoming a two-division ONE World Champion in the sport of mixed martial arts.

This card will also be supported by a trio of co-main events.

Bibiano “The Flash” Fernandes will defend the ONE Bantamweight World Championship against former titleholder Kevin “The Silencer” Belingon in the fourth meeting between the pair, and new ONE Flyweight Muay Thai World Champion Rodtang “The Iron Man” Jitmuangnon puts his gold on the line against Brazilian challenger Walter Goncalves.

Also, Giorgio “The Doctor” Petrosyan and Samy “AK47” Sana will meet in the ONE Featherweight Kickboxing World Grand Prix Championship Final, with the winner receiving the $US1 million prize.

Japanese heroes Shinya “Tobikan Judan” Aoki and Mei “V.V.” Yamaguchi are also set to feature on the bill, and the four Shooto World Champion vs. Pancrase World Champion bouts will open the show.

Here is the full card for Part II of ONE: CENTURY. 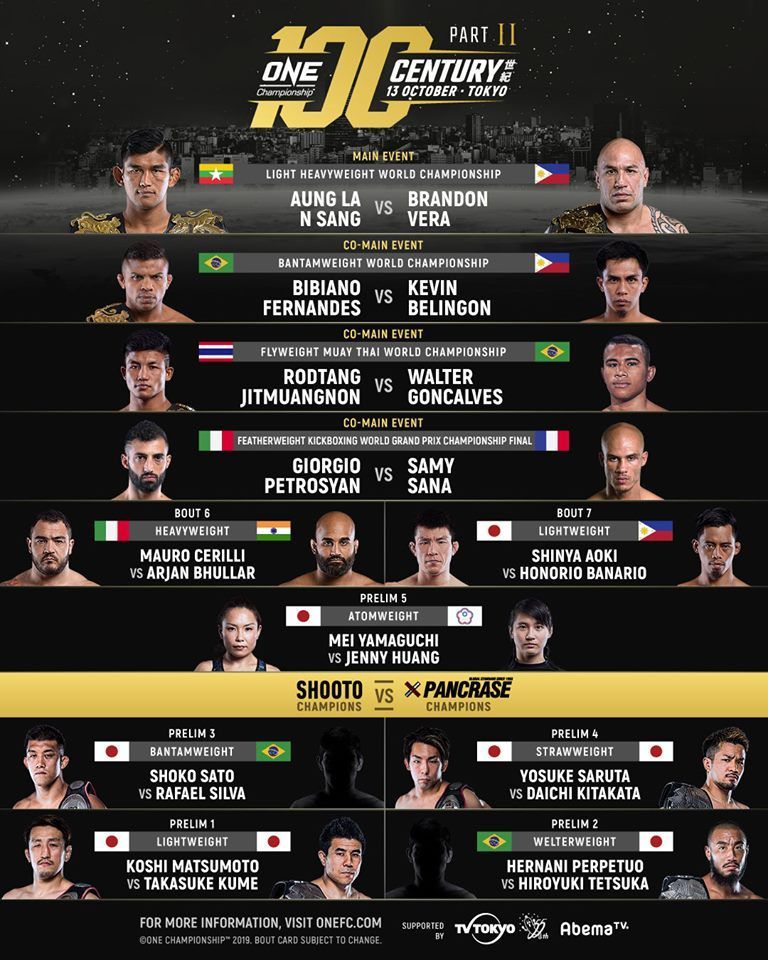