Yuya “Little Piranha” Wakamatsu had a momentous year, both privately and in ONE Championship.

The Japanese flyweight faced the man who is widely regarded as one of the world’s greatest pound-for-pound mixed martial artists, and then he capped off 2019 with a pair of back-to-back victories over formidable opponents.

Also, outside of the Circle, he had two major life events happen — he got married and his wife gave birth to their first child.

From appearing on the global stage at the biggest martial arts event in history, ONE: CENTURY, to the emotional rollercoaster of his private life, the 24-year-old Tokyo native has remained focused.

As a result, he continued to showcase incredible growth as a martial artist and human being. Wakamatsu kicked off 2019 with undoubtedly the biggest challenge of his professional mixed martial arts career at the promotion’s epic debut on Japanese soil in late March.

In front of a home crowd, he entered the Circle to face 12-time Flyweight World Champion Demetrious “Mighty Mouse” Johnson at ONE: A NEW ERA.

The pressure was immense, and “Little Piranha” valiantly battled against the American. Following a competitive first round, “Mighty Mouse” defeated him in the second frame via submission.

Even though he lost, Wakamatsu emerged as a new athlete.

“My first bout of the year was against DJ. I feel that as a human being and as a fighter, I have grown from that,” he says.

“Honestly, I didn’t think I would do that well against DJ. But after the fight, I realized how far I’ve come and how strong I am now. That gave me great confidence.”

That experience only served to bolster his discipline and grit. “Little Piranha” took away those positives from his battle with the modern-day legend, and he looked invincible in his next match-ups.

The rising star proved his place in the division when he met former ONE Flyweight World Champion, Geje “Gravity” Eustaquio, at ONE: DAWN OF HEROES in Manila, Philippines in August.

He shocked the Team Lakay veteran by knocking him out in the first round. What’s more, he became the first person to KO the former titleholder.

“Of all my fights until now, that win [made me] the happiest,” he reflects.

“When I got the offer [to fight him], I thought, ‘Oh, here comes the big guns now.’ I went into that fight with the same feeling as the DJ fight.

“To be honest, it was really scary, and it was on his home turf. But, after the win, I realized my punches can take anyone out.”

In October, Wakamatsu followed that up with another outstanding performance.

Back in front of his home crowd in Tokyo, he defeated former ONE World Title challenger “Ottogi” Dae Hwan Kim at ONE: CENTURY. Despite injuring his famously dangerous right hand during the bout, he dominated the South Korean en route to a unanimous decision.

Wakamatsu finished the year with some even more joyous news, however.

His first child — a son named Musashi — was born in December. This has given “Little Piranha” new focus and responsibility, which he strongly connects to his next moves in the world’s largest martial arts organization.

“I feel fulfilled and really happy now,” the new husband and dad says.

“I have to protect him forever. I want to make sure I take no losses. [I want to] keep winning – and properly help around the home. I want to be there for him as a father.” 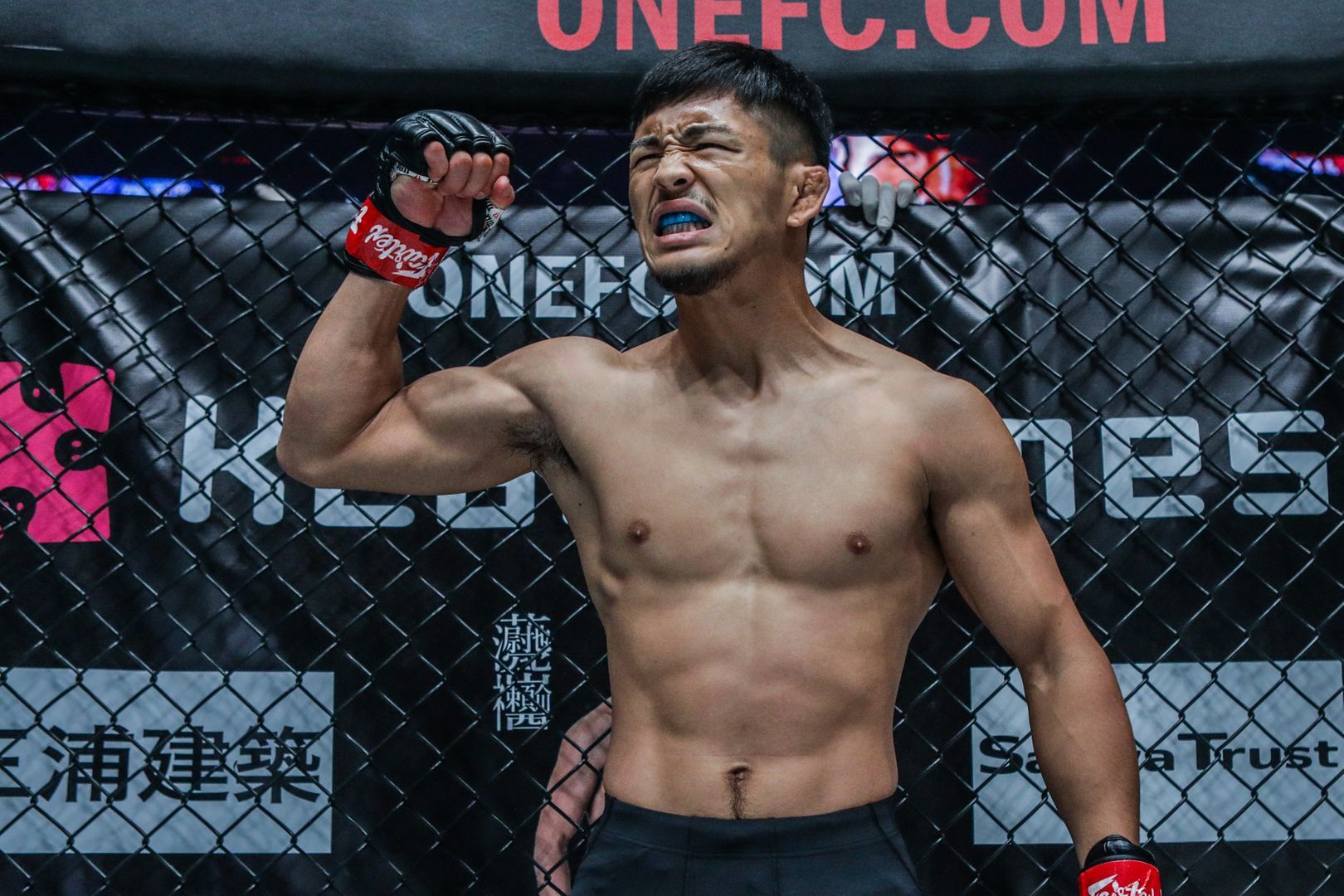 Wakamatsu is more motivated than ever to achieve success in 2020.

The Tokyo resident is eager to get a shot at the ONE Flyweight World Championship, but in order to receive such an opportunity, he knows he will need to defeat a few more contenders first.

With that in mind, he wants to face Reece “Lightning” McLaren — the man who he was originally scheduled to meet in August before the match-up got canceled. The other is the man who edged out “Little Piranha” in his promotional debut.

“McLaren is just coming off a win and I think his skills are top-class, so I feel a win over him would be good for me,” the Japanese star explains. “Then, I want revenge against Danny Kingad.”

He also wants to face Johnson once more, but ultimately, the end goal is to bring home the ONE Flyweight World Title.

“I’m going to make next year the best year,” Wakamatsu promises. “Next year, I really want to become the World Champion. I won’t allow myself to take any losses.”