He silenced the local crowd inside the Mall Of Asia Arena in Manila, Philippines by knocking out home favorite and former ONE Flyweight World Champion Geje “Gravity” Eustaquio at ONE: DAWN OF HEROES.

In less than two minutes, the Tokyo resident turned off the Team Lakay product’s lights with a devastating right hand to earn a spot as a reserve participant in the ONE Flyweight World Grand Prix final.

Both athletes are known for their extraordinary striking skills, and each man stormed out of their corners and traded leather as soon as the opening bell rang.

Eustaquio opened up aggressively and unleashed a huge overhand right, but his fist missed the target.

The Filipino continued to throw punches, but Wakamatsu did not hold his offense back. He replied to all of his opponent’s strikes and relentlessly pushed forward. 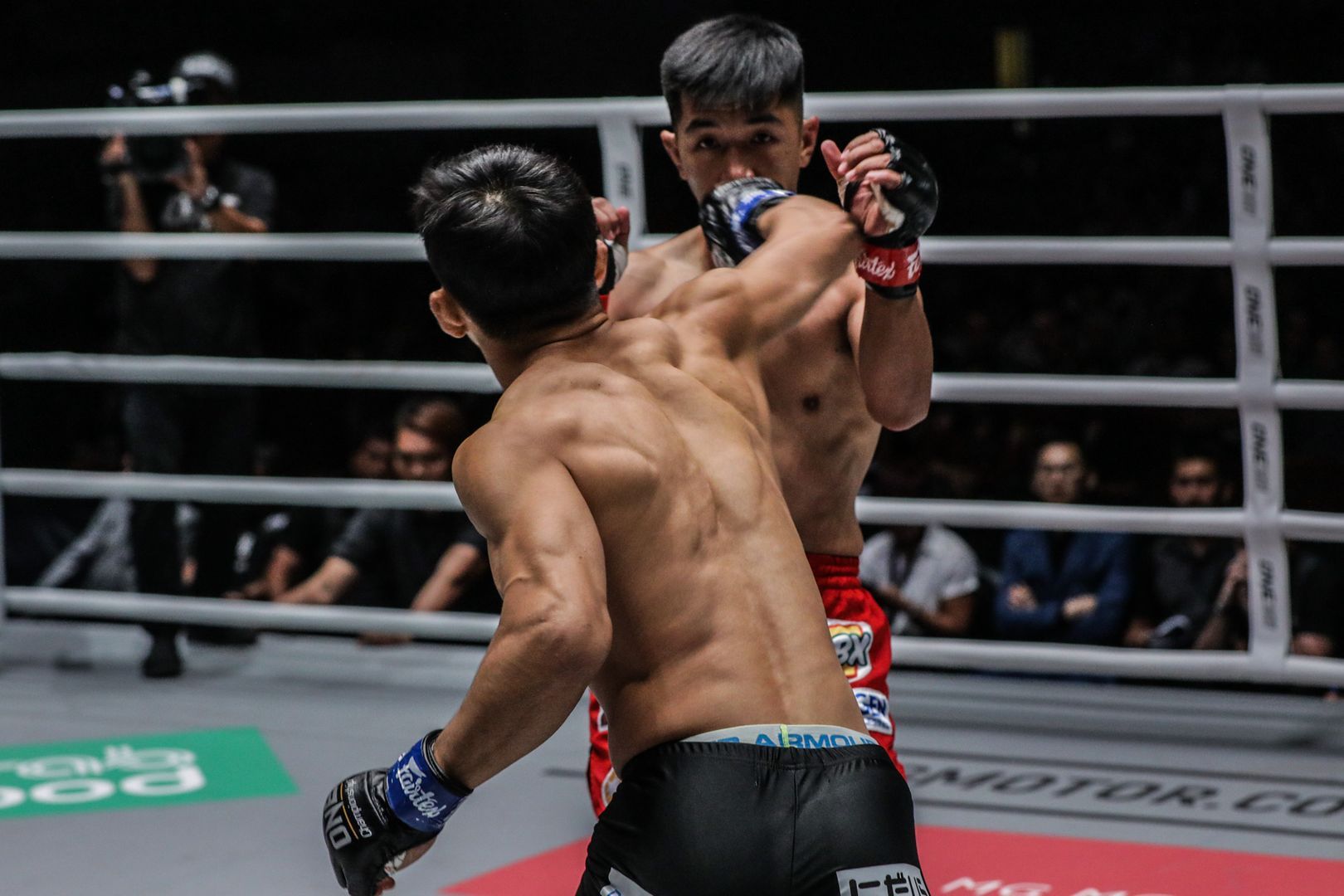 “Little Piranha” appeared to be loading up his dangerous right hand, but Eustaquio did not easily fall for his adversary’s trick. Instead, he cleverly utilized his head movement to evade the Tokyo native’s famous weapon.

The Filipino’s speed was not going to be a threat for long, however.

While “Gravity” advanced with his jab, Wakamatsu unchained a left jab and a stinging right hand, which instantly crumpled the former World Champion to the canvas. “Little Piranha” followed to deliver some final blows.

Referee Kemp Cheng was left with no choice but to call an end to the contest at the 1:59 mark of the first round. The victory was the Japanese athlete’s sixth first-round knockout, and his tenth knockout victory overall. “It was very tough. I feel so happy because I’ve lost two times, but now, I’ve come back,” said Wakamatsu, who earned his first official victory in ONE Championship.

“I was nervous and scared, but my right hand landed, and I feel all of my time I sacrificed paid off big.”

The win moved his record to 11-4 and locked him in a reserve spot for the ONE Flyweight World Grand Prix final.

Should one of the two world-class participants withdraw from the tournament championship at ONE: CENTURY on Sunday, 13 October, “Little Piranha” will be called into action.