Even among all the shocking results at ONE: ENTER THE DRAGON, Petchmorakot Petchyindee Academy’s split-decision defeat of Giorgio “The Doctor” Petrosyan may have been the most stunning.

On Friday, 17 May, the Thai superstar became the first man to defeat the Italian since November 2013 – only the third ever – thanks to a sensational performance.

Now, the 25-year-old will move on to the semifinals of the ONE Featherweight Kickboxing World Grand Prix, and one step closer to US$1 million in prize money.

Most fans labeled Petchmorakot as a major underdog, but he was certain he could prove the doubters wrong.

The contest could have gone either way, as the World Champion athletes went to-toe-toe for three close, action-packed rounds and left everyone inside the Singapore Indoor Stadium on the edge of their seats.

After an agonizing wait for the result to be announced, the split decision went in favor of Petchmorakot, and that sparked some incredible scenes of celebration from him and his team.

“I’m really proud of myself, I did it! After the fight, I was overwhelmed with emotion and started crying. It was the first time in my career that a victory brought me to tears,” he admits.

“I really believed in myself. My gym is like my family, so it was a big victory for all of us. We were all so happy and emotional because we all worked so hard for it.’ 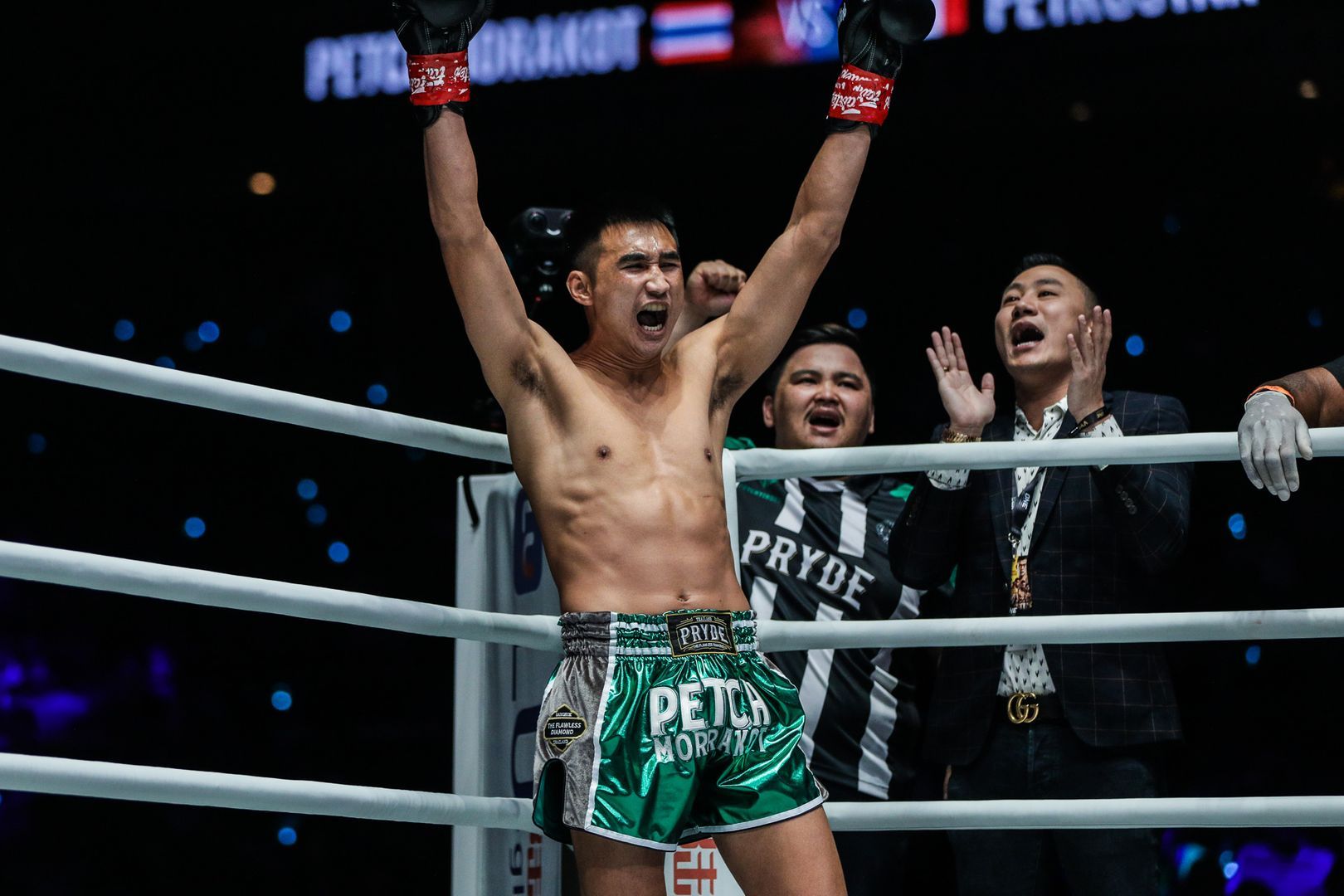 The result was made all the more remarkable by Petchmorakot’s inexperience as a kickboxer.

The two-division Lumpinee Stadium and WMC Muay Thai World Champion holds a professional record of 158-34-2, but only two of those bouts have come under kickboxing rules.

However, despite going up against arguably the greatest competitor in this sport’s history, he showed his outstanding character and ability as he adapted to the legend’s attacks and did just enough to get the edge on the judges’ cards.

“I was pretty sure that I lost the first round, so I changed my strategy going into the second round. My manager, Mr. Nuttadaj, told me to use my reach, jab my way in, and land the left long knee.

“It was really effective, and I definitely felt like I won the second round. Going into the third, I stuck with that game plan, and it worked. Overall, I really felt that I had won both of those rounds.” 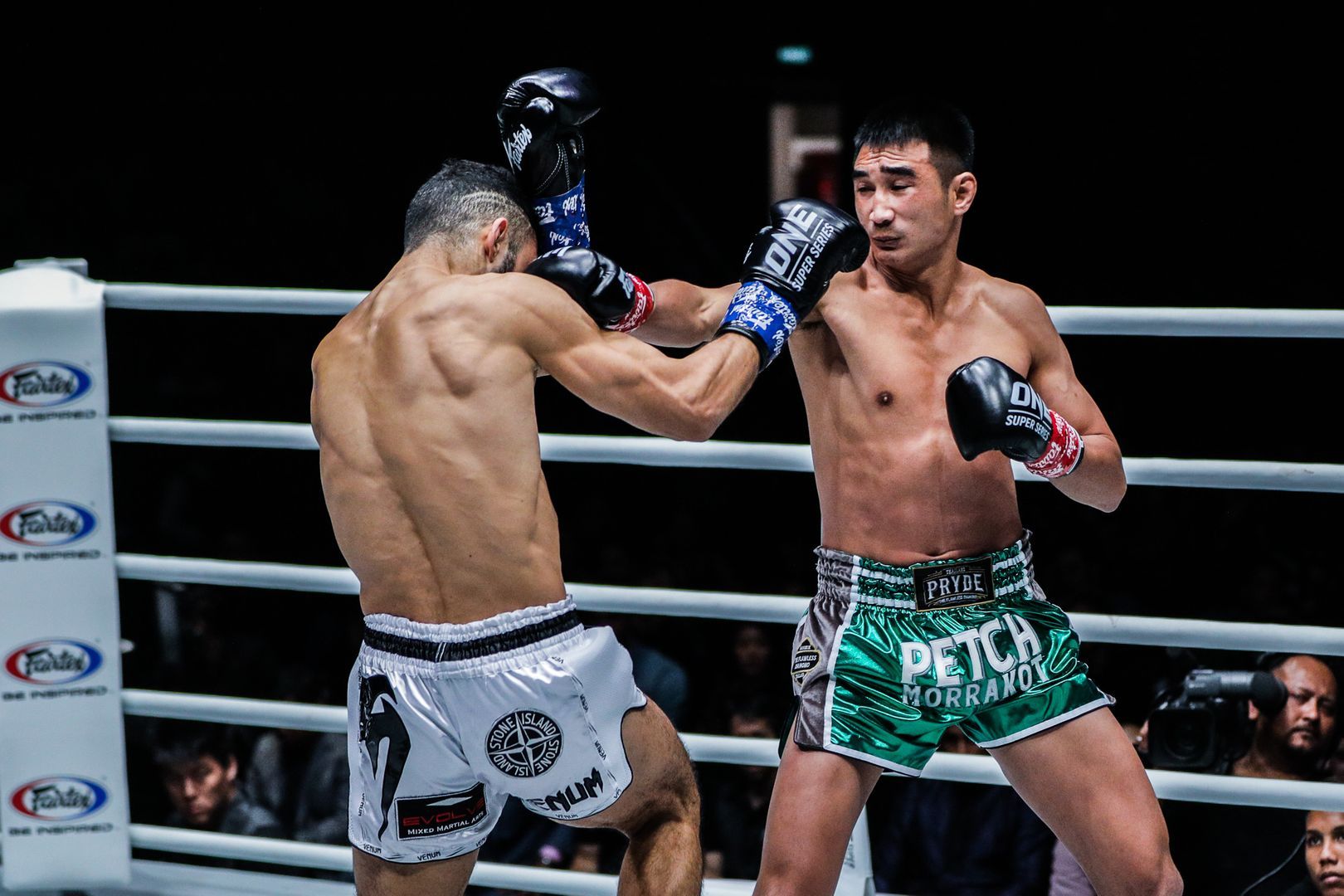 The wait between the final bell and the official decision seemed to last a lifetime for the 25-year-old, but that just made the outpouring of emotions even greater when his name was read out in the ring.

“I was really nervous about the decision, especially when they said it was a split,” he adds.

“It was only my second kickboxing fight. Even though I thought I had won, I really wasn’t sure about the decision because I am still getting used to the scoring.”

Petchmorakot will now move into the semifinals where he is set to face “Smokin” Jo Nattawut – who was in sizzling form last Friday as he knocked out Sasha Moisa.

Though he will face a fellow Thai who has won his last four ONE Super Series contests, the southpaw is full of confidence and believes the match-up is a great thing for his country. 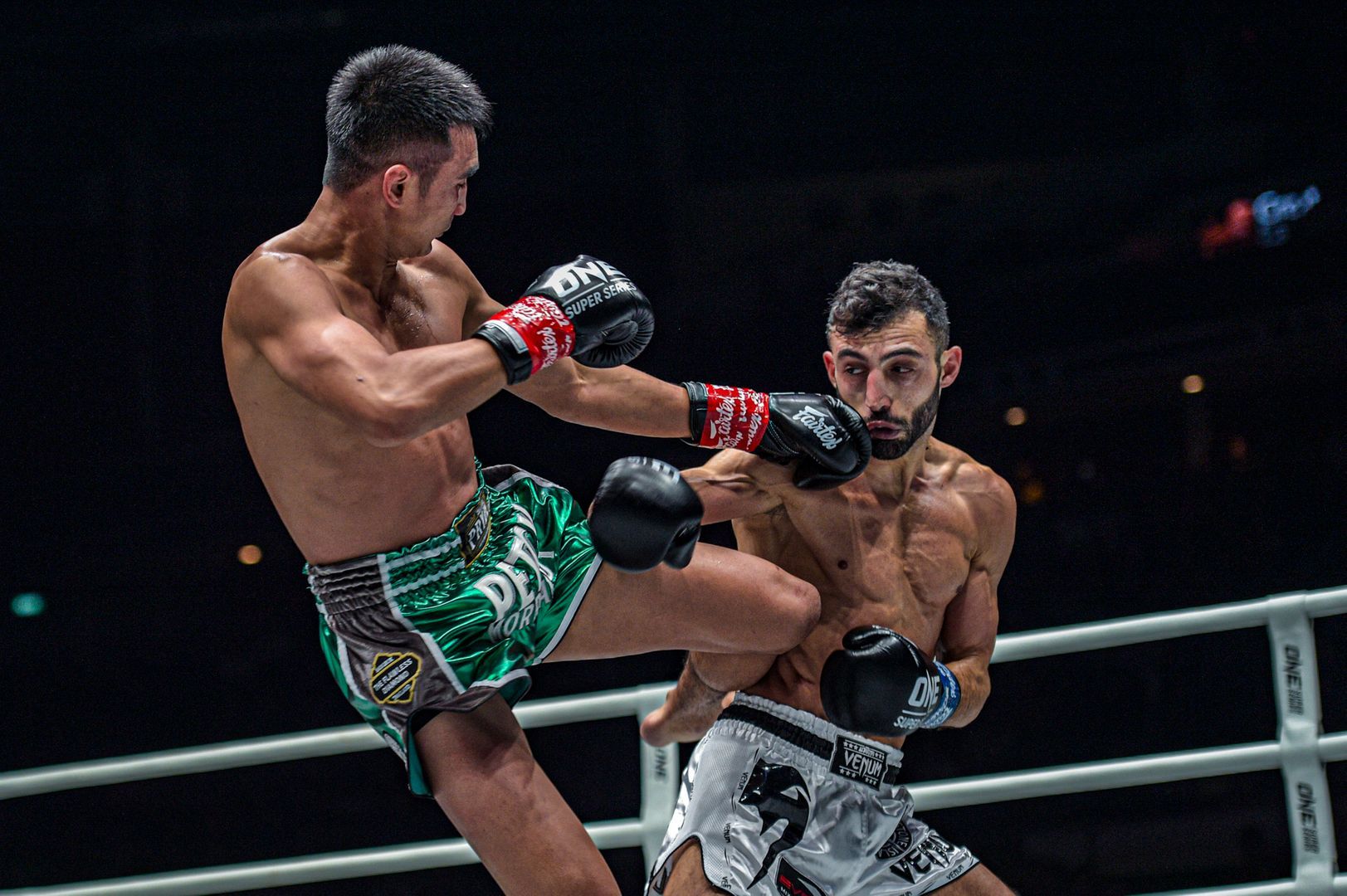 “In some ways, it is great we are both Thais because it is then guaranteed a Thai will make it to the final,” he explains.

“He’s powerful. However, he lost to Petrosyan, and I just beat Petrosyan – so I definitely think I have an advantage right there. I’m confident I have what it takes to beat him.”

He is also even more determined to book his place in the final and challenge either Samy “AK47” Sana or Dzhabar “Genghis Khan” Askerov for the grand prize, which was announced just days before the tournament began.

“I am really excited to be competing for US$1 million and understand the significance of this,” Petchmorakot adds.

“I am aware that I need to be bringing my very best to every fight in the tournament because this opportunity came to me, and I must make the most of it.

“If I can do this, it will drastically improve the quality of life for myself and my family. I also want to make my team, Petchyindee Academy, proud.” Until the next round of bouts, Petchmorakot has headed home to Ubon Ratchathani, where he will enter the monkhood.

Ordaining as a monk is a highly auspicious moment in a young Thai man’s life that brings significant honor to one’s family, but he will only put his career on hold for a short time before he resumes his campaign in martial arts’ biggest tournament.

“I’m really grateful to be able to do this for my family, we have been planning it for a long time,” he says. 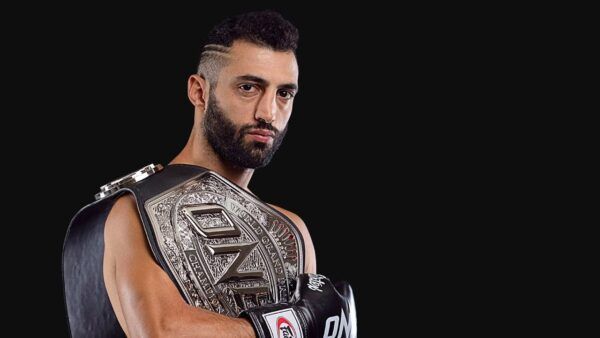