Petchmorakot Petchyindee Academy pulled off a stunning upset to beat Giorgio “The Doctor” Petrosyan in the quarterfinals of the US$1 million ONE Featherweight Kickboxing World Grand Prix at ONE: ENTER THE DRAGON.

The Thai superstar from Bangkok’s tricky strategy allowed him to edge the kickboxing legend via split decision at the Singapore Indoor Stadium on Friday, 17 May.

Petchmorakot had to do things the hard way because his rival’s boxing appeared to be on point at the start of the opening stanza. The Italian’s jab found its mark and made the Thai back up onto the ropes, which opened up “The Doctor’s” trademark left straight.

Petchmorakot returned fire, but Petrosyan managed to pull back and slip to evade many of the counter strikes that came his way.

However, Petchmorakot found a way to unsettle Petrosyan’s rhythm in round two. He attacked with his knees to the midsection whenever the Milan resident stepped inside the range. The two-time K-1 World MAX Champion still had some success with his hands, but his 25-year-old opponent sought to smother his offense and closed the distance well to land hard shots to the body. 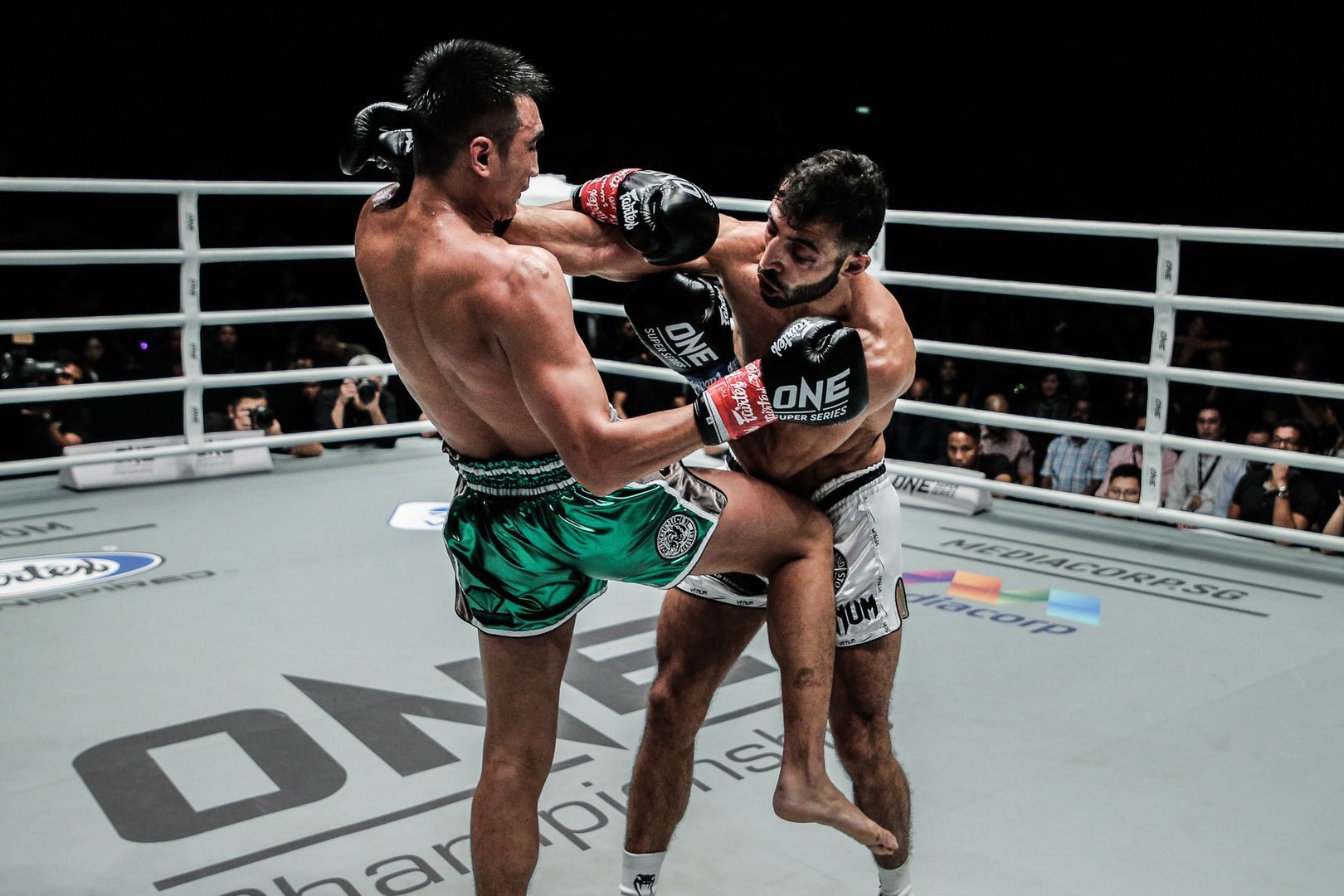 The two-division Lumpinee Stadium World Champion also grew in confidence with his own boxing output, and threw his long straight punches, which the Italian tried to counter with lead hooks and left straights.

As the match-up entered round three, Petchmorakot believed he had found a winning formula, and grabbed Petrosyan to land knees when he stepped in to punch. “The Doctor” brought his push kick into play to try and create some space, and even sent him to the mat with a well-timed low kick.

Undeterred, The Thai continued to stab with his thrusting knees to the body. Petrosyan evaded many of them by stepping his hips back, but Petchmorakot succeeded in disrupting his rhythm, as “The Doctor” failed to take command of the bout like he has done so many times before. 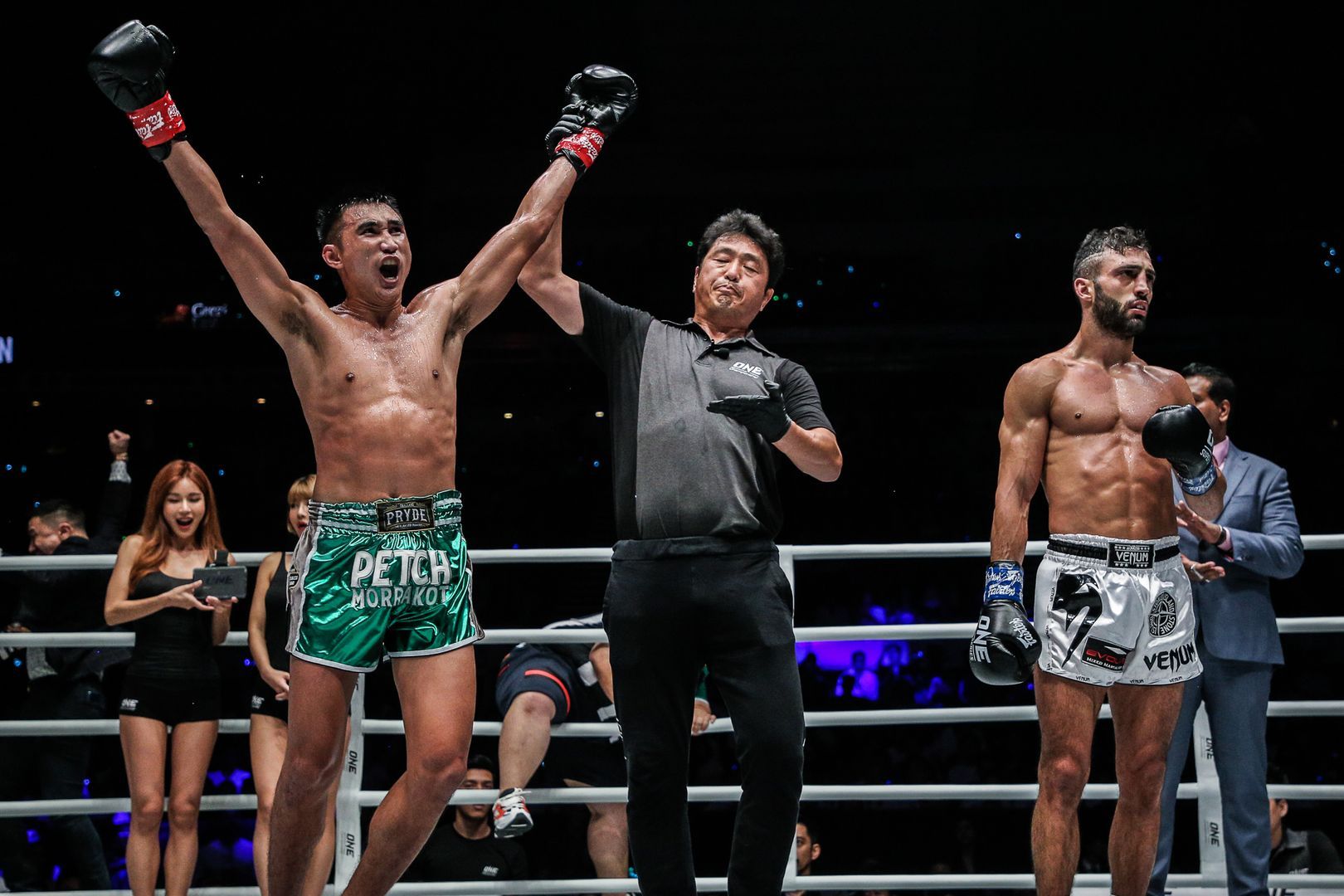 “The Doctor” slipped to land a hard overhand left in the closing stages and walked his opponent down to try and seal the deal, but he could not land a decisive blow, and the judges were made to decide the winner after the sound of the final bell.

One official favored Petrosyan, but the other two rendered their decision for Petchmorakot, who improved his record to 159-34-2, and moved on to the World Grand Prix semifinals against “Smokin” Jo Nattawut, following his knockout win earlier in the night.