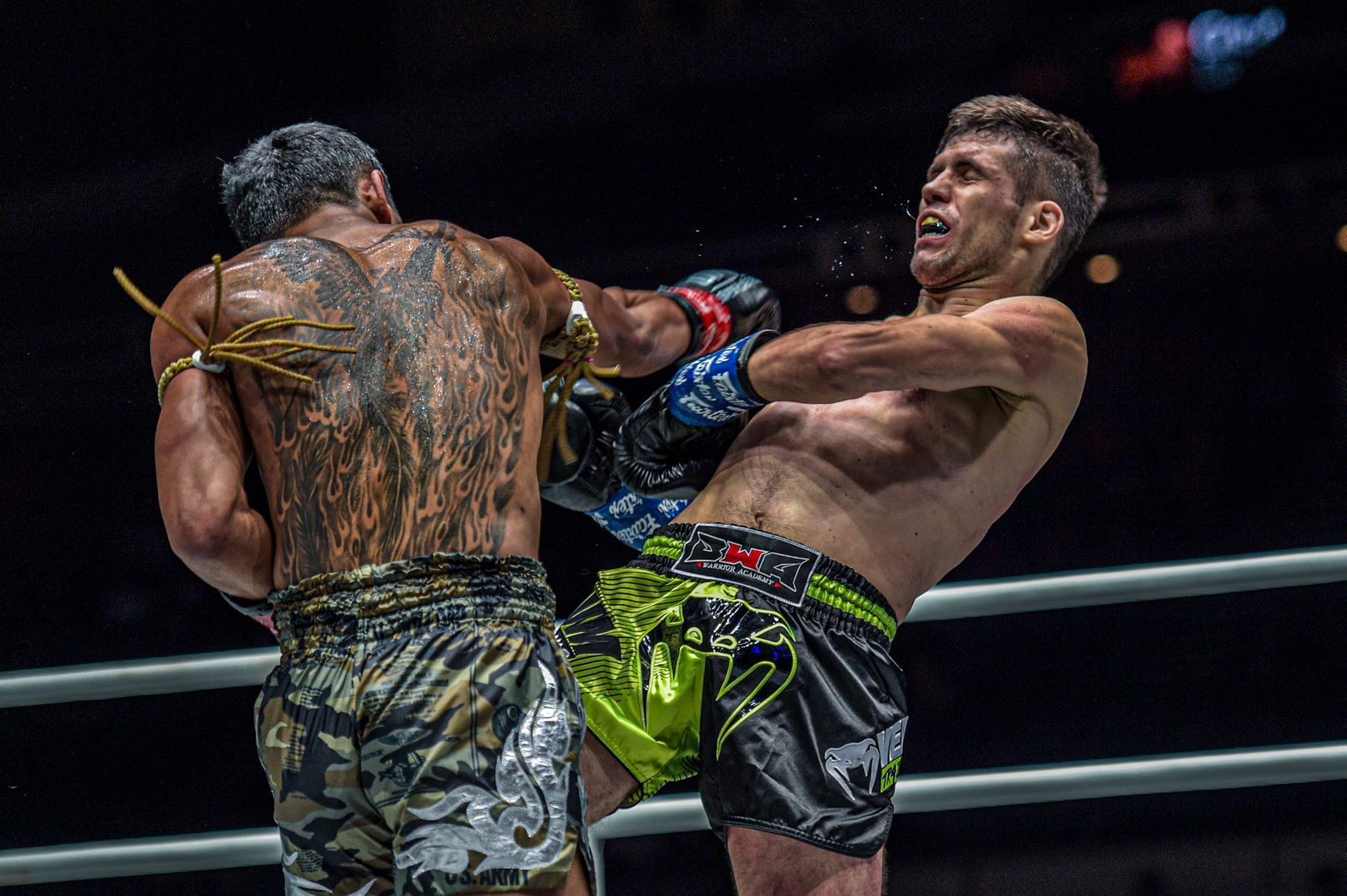 “Smokin” Jo Nattawut put on a striking clinic to catapult himself into the semifinals of the US$1 million ONE Featherweight Kickboxing World Grand Prix tournament in some style.

The Thai superstar produced a spectacular display of kickboxing supremacy to stop WMC Muay Thai World Champion Sasha Moisa in the third round at ONE: ENTER THE DRAGON inside the Singapore Indoor Stadium on Friday, 17 May.

Smokin’ Jo Nattawut turns up the 🔥 and finishes Sasha Moisa with a third-round TKO, moving on to the ONE Featherweight Kickboxing World Grand Prix semifinals!

Smokin' Jo Nattawut turns up the 🔥 and finishes Sasha Moisa with a third-round TKO, moving on to the ONE Featherweight Kickboxing World Grand Prix semifinals!Watch the full event on the ONE Super App 👉 http://bit.ly/ONESuperApp | TV: Check local listings for global broadcast

Nattawut and Moisa traded strikes in an even opening round of action, as both men looked to settle into their rhythm. However, it was Nattawut whose strikes seemed to be most effective, with the two-division Lion Fight World Champion’s leg kicks, in particular, finding their mark.

By the time the second round was underway, Nattawut was in top gear, and he started to dominate proceedings with multi-punch combinations and powerful knees at close range.

He also punctuated his attacks with repeated returns to his low kicks as he kept the Ukrainian star guessing throughout the contest.

Nattawut was clearly on top, and the Thai loaded up on his strikes in the third and final round in a bid to claim a stoppage finish.

A huge overhand right from the Bangkok Boxing man found a cleaner connection than any of Moisa’s strikes and sent the Ukrainian face-down onto the canvas as referee Elias Dolaptsis administered an eight-count.

The USA-based Thai sensed an opportunity to finish, and when the action restarted, he unloaded a blistering multi-punch combination that sent his rival to the floor for the second time in the round. 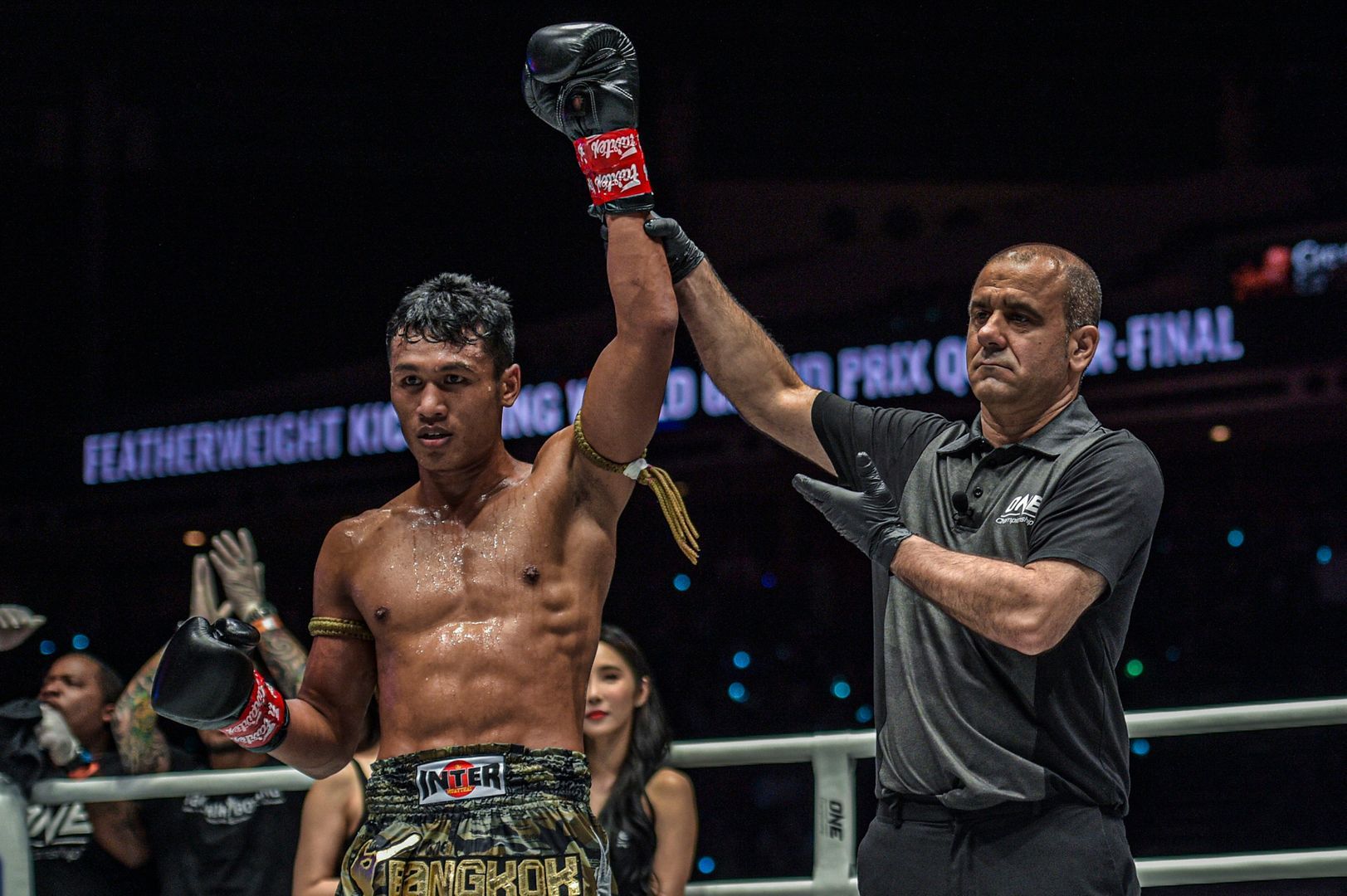 The win was there for the taking for “Smokin’ Jo,” and the 29-year-old finished the job when he forced his man back against the ropes and unloaded another barrage of punches that left Dolaptsis no option but to step in and call a stop to the contest.

It gave Nattawut the 70th win of his martial arts career, and secured his place in the World Grand Prix semifinals. It also showed that the 29-year-old has not only come to defeat his opponents – he has come to finish them, too.