Now that he has his first mixed martial arts win under his belt, Eko Roni Saputra wants to put on a show for his home fans at ONE: WARRIOR’S CODE.

On Friday, 7 February, the multi-time Indonesian wrestling champion will return to his homeland to face Cambodia’s Khon Sichan in Jakarta.

When Saputra was last seen in the Circle, his focus was on getting his hand raised by any means necessary, but this time, he hopes that he can put on a spectacular performance at the Istora Senayan. 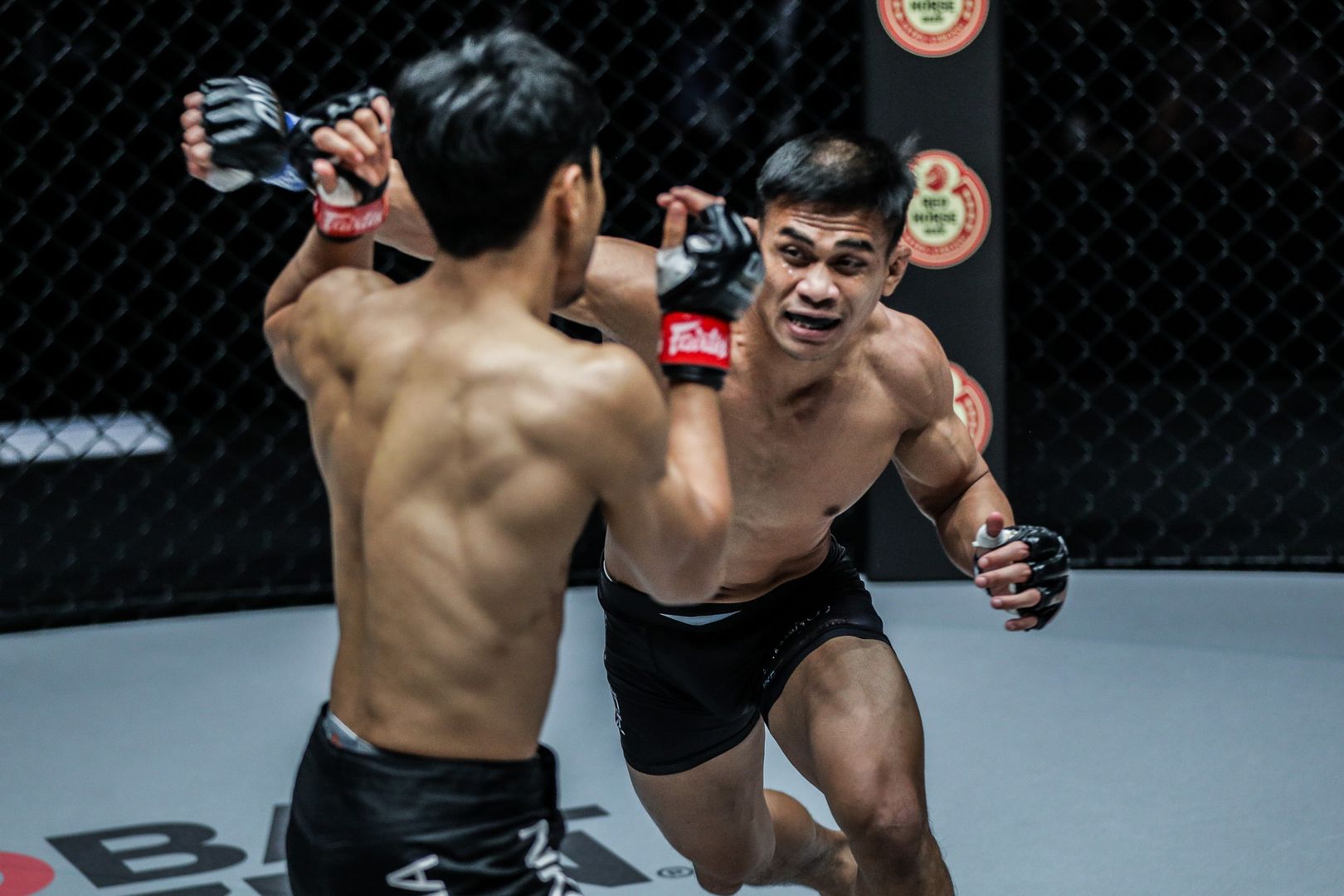 “I want to stay focused and get off to a fast start,” he says.

“I will assess the situation first, but if possible, I want to earn a fast win. I don’t want to disappoint my supporters.”

Saputra has worked hard since October at Evolve in Singapore to sharpen his BJJ and boxing skills and mature into a well-rounded mixed martial artist. His progression has made him confident, but he knows he cannot overlook the danger his opponent will bring to the striking exchanges.

Sichan has 50 wins in Kun Khmer and showed what he is capable of with a win against another Indonesian when he defeated Riski “King Kong” Umar by unanimous decision. The last thing his upcoming opponent wants to do is get caught on the feet, and he is making no secret about his game plan.

“He is good at striking and I have to anticipate his elbows because if I get hit, it will be dangerous. I don’t want to give the referee or doctor a reason to stop the fight because of that,” Saputra explains.

“I am polishing my takedowns, and I think the ground is where I can control the game. I have to be cautious since he may already know that I have a background in wrestling, so I have to anticipate his knees as well.”

While Saputra may plan to be cautious as long as both men are upright, his attitude looks set to change drastically if he can get the contest down to where he wants it.

“I will bring him to the ground and let’s see what finishing techniques I can apply – whether it’s submissions or ground and pound, it depends on the situation, but I have been trained to read many positions,” he adds.

“The thing is, I need to be able to stay in control [on the ground] because once he escapes, it will be difficult to get another chance because he must have already learned from it.

“This will be a classic match between striker versus grappler. He will anticipate my takedown attempts and I will anticipate his strikes. I won’t underestimate him because the tide can turn in just one second.”

One of the reasons that the 28-year-old Samarinda native is desperate to get an impressive finish is the anticlimactic ending to his last match. 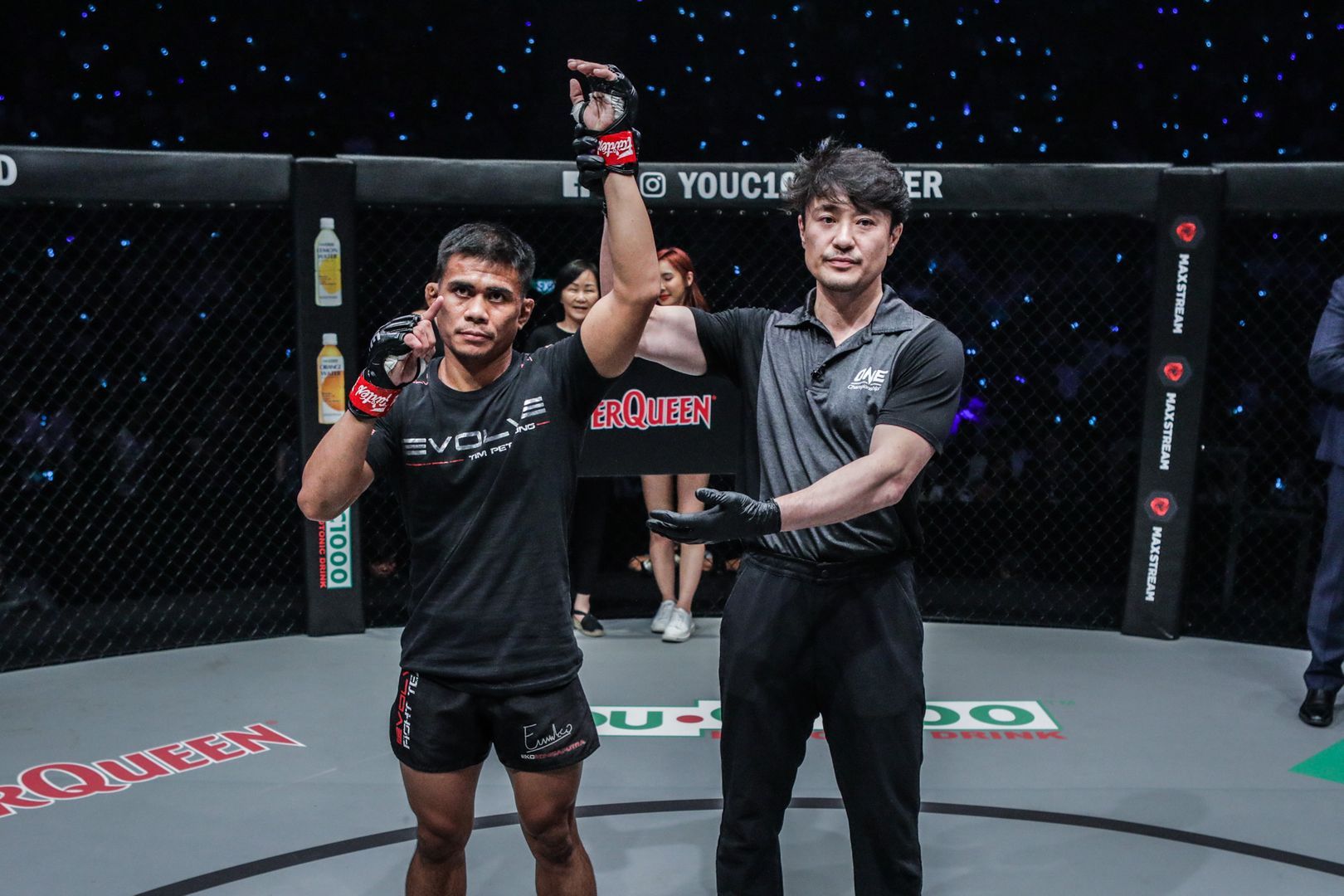 Saputra was fired up by the roars from the Jakarta crowd, but he did not get the chance to show all the skills he had worked on when the bout came to a premature close because of an injury.

Though he was grateful to get his hand raised, he is determined to give his passionate supporters a performance that will get them out of their seats and make the whole of Indonesia proud.

“I was encouraged by the home fans’ cheers. As a wrestler, I had competed in various countries, but this kind of support was new to me. I was very motivated,” the 28-year-old says.

“My motivation could not be any higher because that was a good opportunity to fight in our country. I wanted to show my best and how I had evolved. That’s why for this upcoming fight, hopefully, I can show my best game.”