When “Kru Rong” Dejdamrong Sor Amnuaysirichoke faces Stefer “The Lion” Rahardian at ONE: KING OF THE JUNGLE, he will have unparalleled insight into how to win the bout.

Indonesia’s Rahardian is a Brazilian Jiu-Jitsu brown belt, so faced with a legend of Muay Thai, he is planning to focus on a grappling-based strategy, but Dejdamrong should be more than prepared for that.

The former ONE Strawweight World Champion has come on by leaps and bounds with his ground game since he entered the world of mixed martial arts. Plus, he is getting help in training from a man who knows exactly what it is like to grapple with “The Lion.” 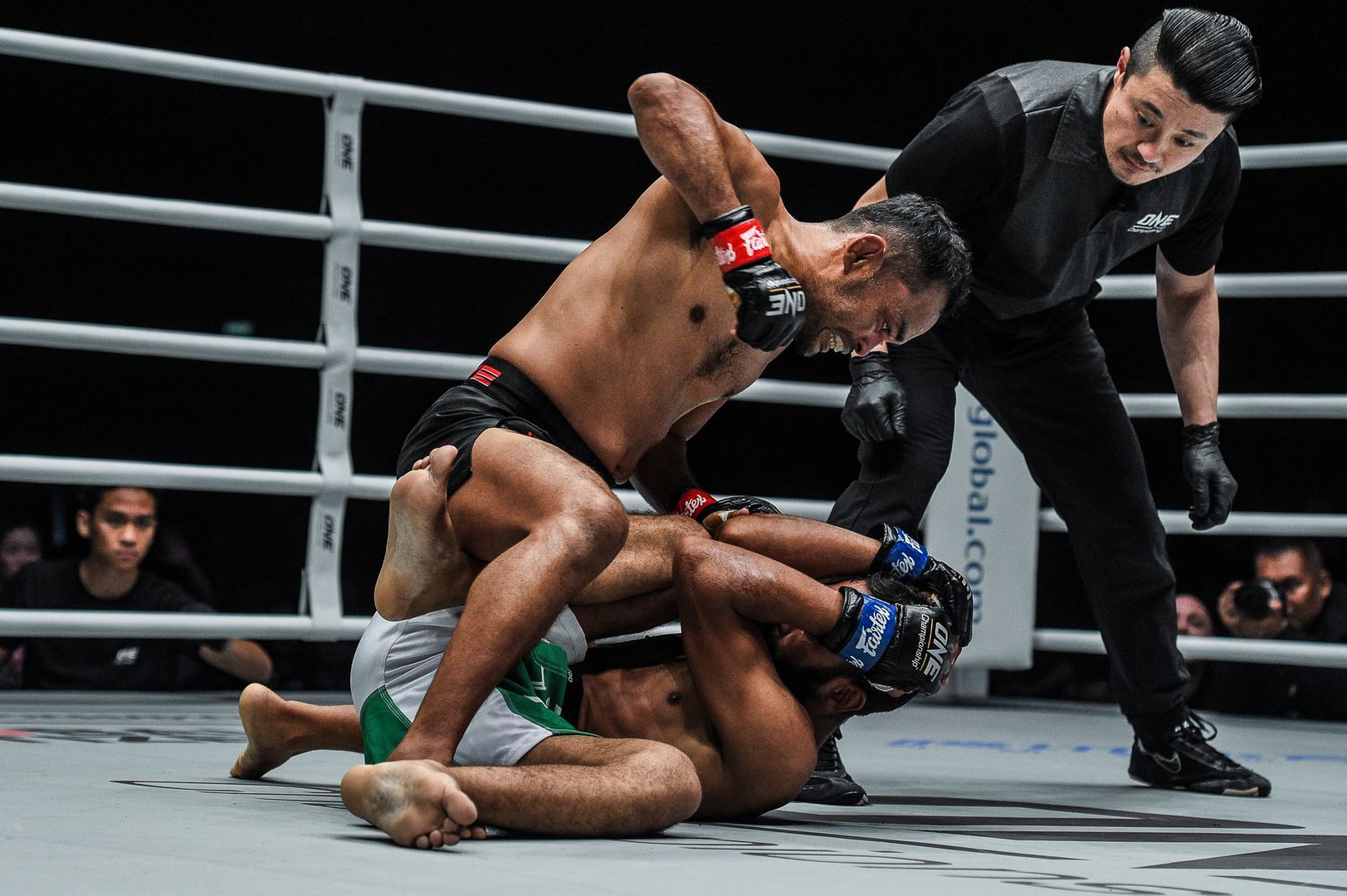 “[Rahardian] is a BJJ fighter. For my training, I am focusing on submission and takedown defense, but also training everything else, too, like Muay Thai and wrestling,” Dejdamrong explains.

“My friend Alex Silva is helping me, he beat him via submission before. Alex is focused on my defense. He said he’s going to shoot and try to take me down, so we are working on defending takedowns.

“Alex told me to protect myself from submissions, and is teaching me how to defend them.”

Dejdamrong has the utmost respect for Rahardian’s grappling abilities, but with that said, he has no doubt his clinch skills and sprawl will be good enough to stay upright so he can attack with his most dangerous weapons.

“He’s really good at BJJ so my focus will be to use my Muay Thai against him,” he adds.

“My stand-up is definitely better, but he’s also good on his feet. I’m focused on keeping it standing and defending takedowns, but if it goes to the ground, I’ll be ready.”

Dejdamrong showed the game-changing ability of his striking in the Circle the last time he was in action. He knocked out Muhammad “The Spider” Imran in the third round after dominating the Pakistani athlete for more than 11 minutes.

Three months later and he is ready to push the pace once again, even though this was one of the final bouts to be confirmed for ONE: KING OF THE JUNGLE.

“I like to fight often because in Muay Thai I fought every month. So three months is a good amount of time for me. I’m always training and once I found out, I just started to go really hard,” Dejdamrong says

“I’m going into this fight at 100 percent. I’m always ready because I am also training with my teammates even when I don’t have a fight. I feel perfect.”

“Kru Rong’s” energy and lust for competition is perhaps made more surprising because he is one of The Home Of Martial Arts’ elder statesmen.

The native of Trang in the south of Thailand may be 41 years old and a veteran of more than 360 bouts, but he shows no sign of slowing down against ONE’s young guns – as he showed with two wins by stoppage last year.

In 2020 he plans to continue to defy Father Time and build another winning streak so he can have one more crack at winning another World Title.

“My age might have some effect on me, but I am training really hard to overcome that,” he says.

“I might be older, but I know my body and my heart. My conditioning and heart are there, I can still fight. I know my body, and I listen to it.

“This year I want to win and keep winning. This fight means a lot to me, as does every fight, but my focus now is to keep winning in the hope of getting a chance to contest for the title one more time.”

Read more: ‘Tyson’ Abelardo Says His Pressure Will Be Too Much For ‘Pretty Boy’