Ritu “The Indian Tigress” Phogat will take a step up in competition at ONE: KING OF THE JUNGLE, but she is sure she can score another impressive win and inspire her nation.

After Phogat’s phenomenal result in her first match, when she finished Nam Hee Kim via TKO in the first round, she is fired up to continue her development in her new sport.

“I am training really hard for this and I am absolutely ready for my next bout,” she says.

“I have trained every day and my focus is on the match only. I am working a lot on my striking and I have improved a lot as well.”

Wu is a newcomer to The Home Of Martial Arts, but she is a seasoned competitor with a wealth of striking experience, in particular. “Miss Red” is a kickboxing and sanda champion in Chinese Taipei and has had 20 bouts across both sports.

She is far from one-dimensional, though. The 36-year-old won a gold medal at the Asian Jiu-Jitsu Championships and combined her skills to race to an undefeated 8-0 record as an amateur mixed martial artist.

Despite the danger posed by her opponent, Phogat is more concerned about what she can do. The last few months have seen her focus on fixing the holes in her game and sharpening her elite-level ground skills.

“I have watched a few videos of her matches but I have not made any special game plan for her,” she says.

“I am working towards working on my own weaknesses. I am working a bit extra on my ground game as well.”

“The Indian Tigress” is also feeling good about this match because it will take place in her adopted hometown, where she has trained for the past year, and she will have the full support from her team at Evolve.

Plus, there will be some special guests in the audience that are sure to give her an extra boost on event night.

“All my Evolve teammates will be here to support me, which is a great advantage,” she explains.

“If the event was in any other country, only my coach could have traveled but this time around, even my parents are flying down here for the bout. It will be a great feeling because I will be competing for the first time in front of them.

“My parents were unable to watch any of my wrestling matches together. This will be the first time when they both are flying down to watch it. I am really excited about this.” 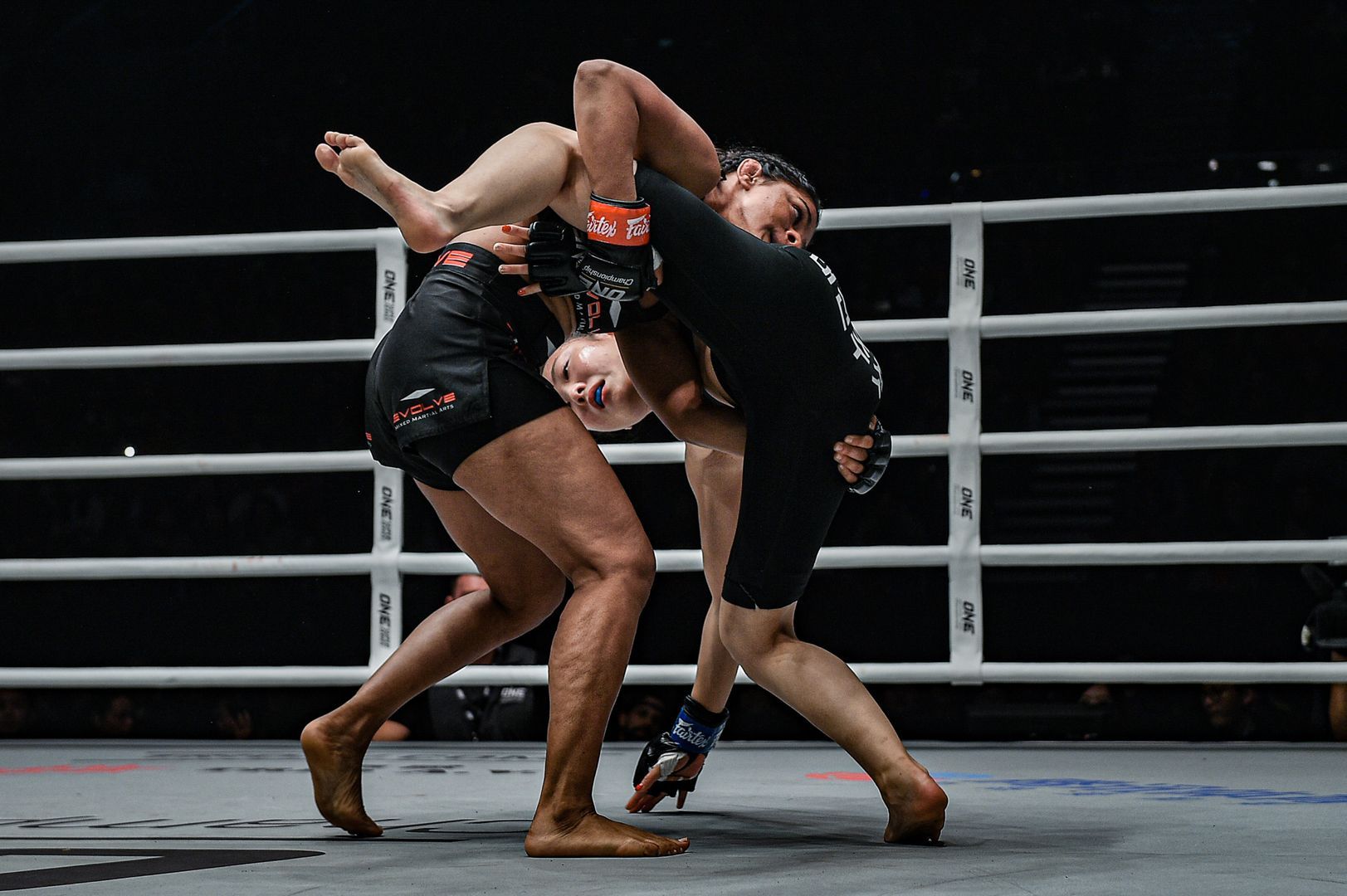 The pressure will be on Phogat once again, as well as the eyes of millions of her compatriots as they follow arguably India’s best hope yet of becoming a mixed martial arts World Champion.

However, the Haryana native has become adept at putting all that to the back of her mind. Instead, she focuses on the support she will enjoy and will use that as motivation to deliver a memorable performance.

“I just want to say that like how I have performed in wrestling all these years, I am going to make my country proud in mixed martial arts as well,” the 25-year-old says.

“I will try to finish the match in the first round like my debut. I would also try to use my striking to the fullest and win this by knockout.”