Sam-A Gaiyanghadao is already one of Thailand’s greatest athletes, but he is now looking to make history yet again as ONE Super Series’ first male two-sport World Champion.

On Friday, 28 February, the ONE Strawweight Kickboxing World Champion will attempt to add the division’s Muay Thai World Title to his collection in his adopted hometown of Singapore against Australian phenom Rocky Ogden.

Their inaugural ONE Strawweight Muay Thai World Championship match will feature as the co-main event of ONE: KING OF THE JUNGLE and Sam-A cannot wait to put on a show for his fans.

“I’m happy to get to fight in Singapore, it’s my second home,” he says.

“I’ve got a big cheering section here, it will definitely give me more motivation to win. I can’t lose here!”

The 36-year-old spent almost a year out of action between 2018 and 2019, but at the back end of last year, he started to compete almost as regularly as he did when he ruled the Bangkok stadiums.

Following his KO of Daren Rolland in his strawweight debut, he returned just a few weeks later to capture gold in his first kickboxing bout by outclassing Wang Junguang over five rounds in December.

While many athletes would appreciate more time to rest after such a grueling match, Sam-A is used to a quick turnaround, and he welcomes the opportunity to get back in the Circle as soon as possible.

“I fought in December. I think it is great because it helped me stay in shape,” he explains.

“After the [Wang] fight, I just kept training to maintain my fitness. Staying active keeps me sharp in the ring. Plus, in my last fight, I got to fight a full five rounds. I’m in better shape now than I was in December!

“I’m very confident. My conditioning is the best it has ever been.”

Sam-A’s opponent may be making his debut in The Home of Martial Arts, but the 20-year-old has already established himself as one of the hottest properties in Muay Thai. Ogden has competed in Thailand since the tender age of 16 and won the WPMF Muay Thai World Title.

However, though Sam-A respects that he will have his hands full against a man who is 16 years his junior, the Thai also knows his experience could be decisive.

The multiple-time World Champion has 424 bouts on his record compared to his rival’s 42, a career’s worth of seasoning in the biggest bouts, and a reputation as one of the best to have ever entered the ring. 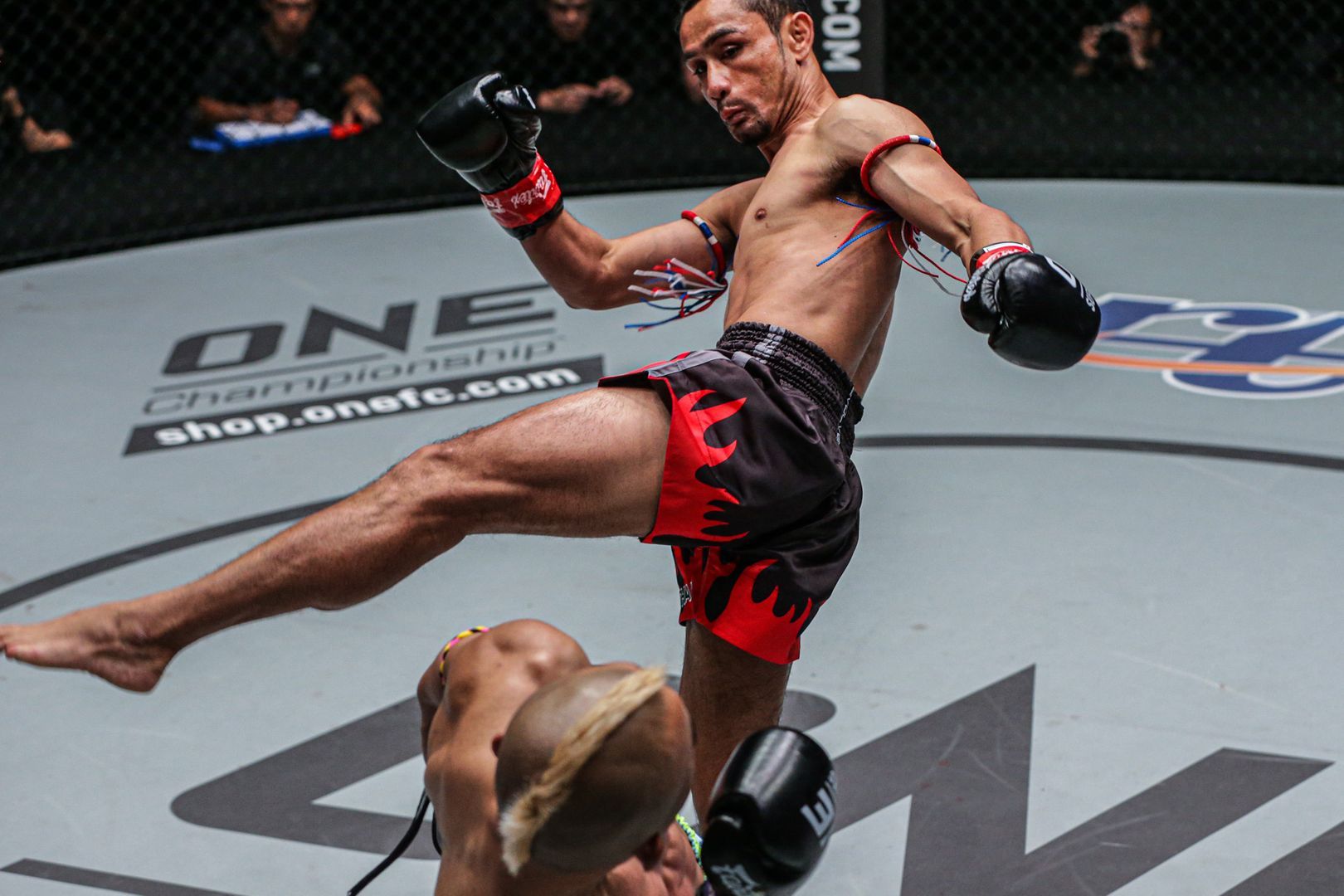 “He’s going to be fresher, younger, and maybe even better conditioned, but I believe my experience will be too much for him,” he says.

“I think his lack of experience will show in the ring, especially over five rounds.”

Sam-A is well aware of what Ogden will be bringing to the table – he has power in his hands, great defense, and experience competing in small gloves – but he has formulated a game plan together with his team at Evolve that he expects to take him to victory.

“I saw him fight on tape, and he’s really good. He knows all about Muay Thai because he’s fought a lot against Thais.

“I have to be careful first and see what he brings. I won’t underestimate him. He’s younger and stronger. My plan is to stay calm and counter.

“If the timing is there I’ll go for a knockout, but I won’t force it.” 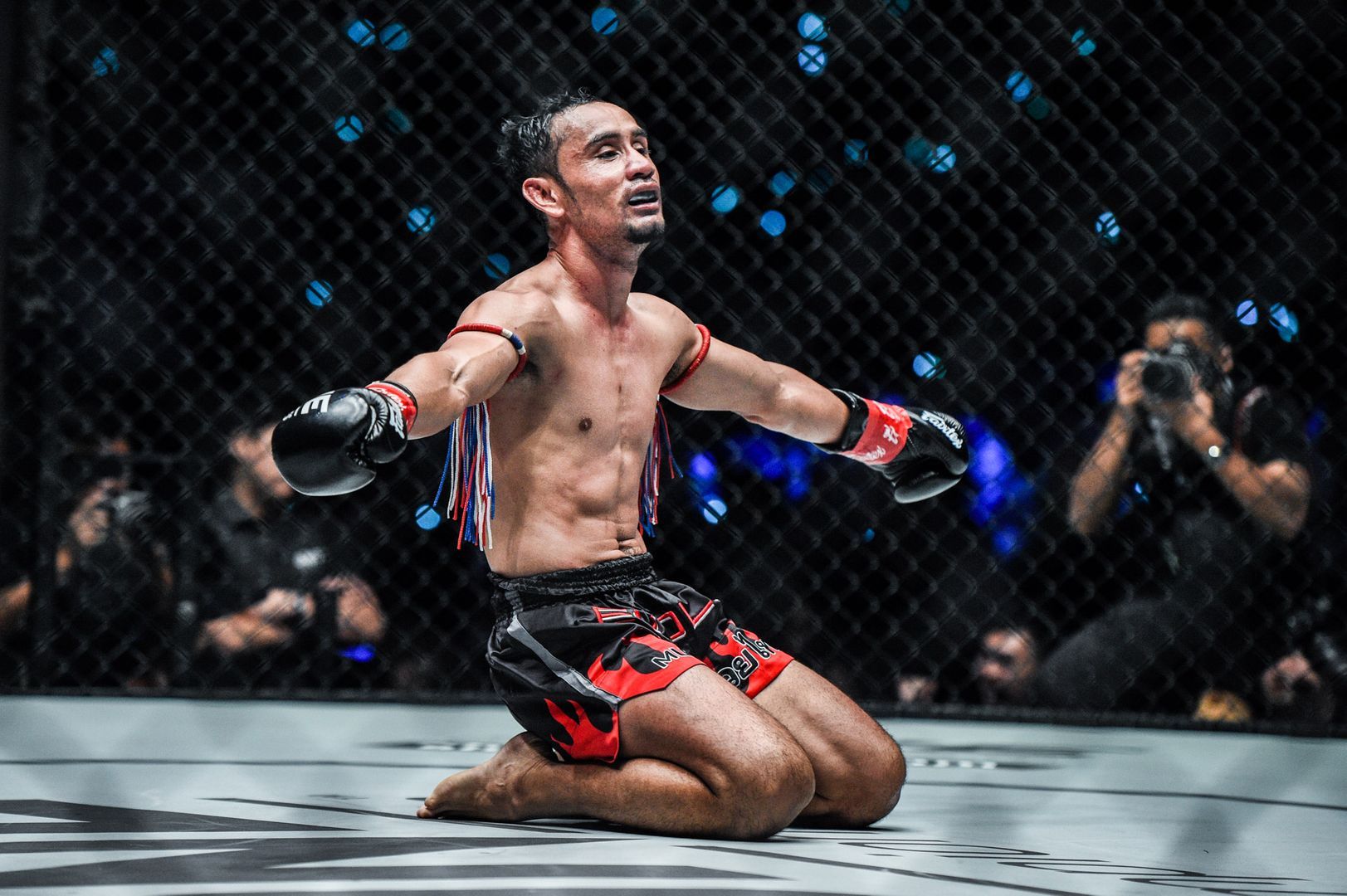 It is a classic match-up of youth versus experience with each competitor fired up to give everything in pursuit of a historic win and the accolade of being the first ONE Strawweight Muay Thai World Champion.

Fresh from his recent successes, Sam-A is relaxed and ready to face whatever Ogden throws at him, but he is also laser-focused because the significance of the occasion is not lost on him.

“It is very meaningful to me because it is the Muay Thai title and if I win I’ll be the two-sport World Champion in my weight,” he says.

“Plus, it is the Muay Thai title – I must win this for Thailand and showcase my very best.”

Read more: Top 5 KOs From The Stars Of ONE: KING OF THE JUNGLE