Indonesia’s Stefer “The Lion” Rahardian recognizes he may not be able to take on “Kru Rong” Dejdamrong Sor Amnuaysirichoke in a toe-to-toe battle, but he thinks he can push him to the limit on the ground.

The Thai hero is a legend of Muay Thai with 350 bouts under his belt, but although he is a former ONE Strawweight World Champion, he will come into their match at ONE: KING OF THE JUNGLE next Friday, 28 February, with a similar amount of mixed martial arts experience to his rival.

Dejdamrong may have more than three decades of striking experience, but on paper, Rahardian’s Brazilian Jiu-Jitsu brown belt and 56-percent submission rate should even things up and suggest he will have the advantage in the grappling exchanges.

“The Lion” reminded fans how dominant he can be on the mat when he returned to the win column against Adrian “Papua Badboy” Mattheis last October, and he is banking on being able to give his next opponent similar problems.

However, as he reveals ahead of his return to the Circle at the Singapore Indoor Stadium, the 33-year-old from Jakarta has worked on more than just his submission skills to get the edge against “Kru Rong.”

ONE Championship: How is your preparation going ahead of your clash against Dejdamrong?

Stefer Rahardian: I think he is a legendary athlete on a par with Alex Silva, who I fought last year. So I am preparing my best to put on the best performance on 28 February.

ONE: Have you changed anything in your training?

ONE: How much is your training tailored to prepare for Dejdamrong’s legendary Muay Thai skills?

SR: Obviously, our training serves as a simulation of how the real battle goes. For this particular fight, I am sparring with heavy-hitting partners.

The training sessions have been designed to adapt to the fighting style of our opponent. Just like when I faced Adrian Mattheis, when I was given sparring partners whose fighting styles were similar to his.

Since our head striking coach here [at Bali MMA] is coach Mike Ikilei of New Zealand, there are some New Zealand kickboxers who are here now training with us and helping me in sparring.

ONE: How do these Kiwi kickboxers help you improve your striking skills?

SR: Kickboxing is a major sport there and they organize some big events as well. New Zealand is home to some of the best kickboxers in the world and they have many regular regional tournaments.

The main differences between Kiwi kickboxers and the rest of the world is they are more precise and they love to trade punches and kicks. Their speed is extraordinary because they are trained for that. Their pad and mitt work is also different. The focus of the training is heavy on speed. 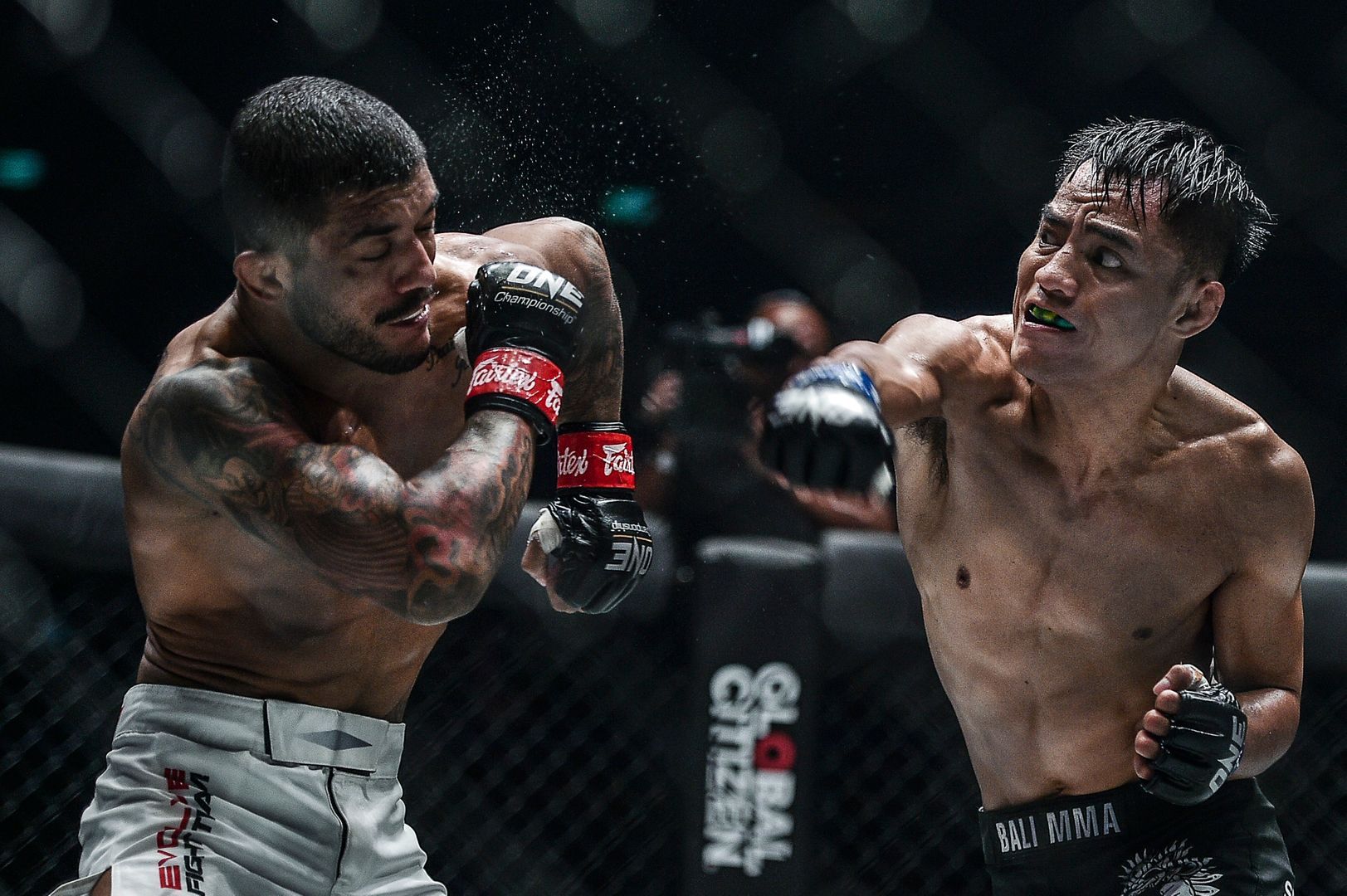 ONE: Will you try to impose that kind of striking style in Singapore?

SR: I am not trying to mimic someone else’s style and I am not planning to change my style. My background is BJJ, so I will just follow the instructions from my coach as best as I can.

My mentality is based on learning how to strike, not how to become a striker. I need to go through a much longer process to be known as a striker. I’ll just follow the process and hopefully, all the training I have undergone will improve my striking skills.

ONE: Do you think the improvements you have made in kickboxing will play a major role later in the bout?

SR: I believe in what I have trained. Dejdamrong is obviously a good athlete and a former champion. Striking is his main strength and his ground game is improving as well, but all ONE Championship’s athletes are good, so we cannot overlook anyone. I believe everyone can pull off a surprise.

I will definitely maximize my ground game to fight him because that’s my biggest strength. I will try to utilize my main strength to win through any means necessary. 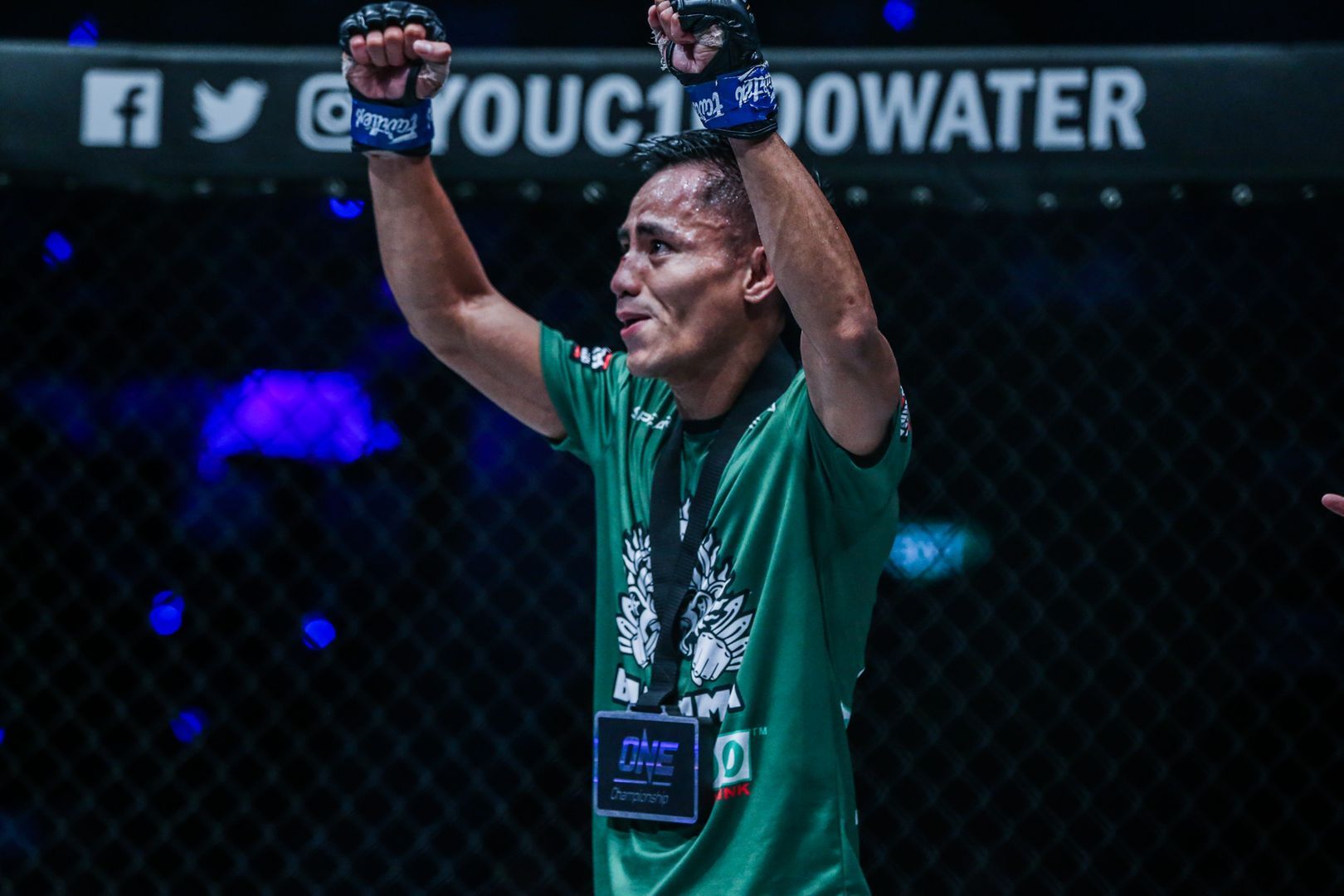 ONE: How important is this bout for you?

SR: I want this bout to test all my skills. I have learned from my losses. I just want to go there and if I can win it, it means that I have improved as a mixed martial artist. This fight will be a very valuable experience in my professional career.

I think I have to win some more fights, including the upcoming one, in my quest to earn a title shot. Maybe I need to score a winning streak – and to achieve that requires more hard work – but I want to focus on this fight first.