The coaches at Bali MMA aren’t just teaching bout-winning techniques and strategies to Stefer “The Lion” Rahardian – they’re also introducing him to music. 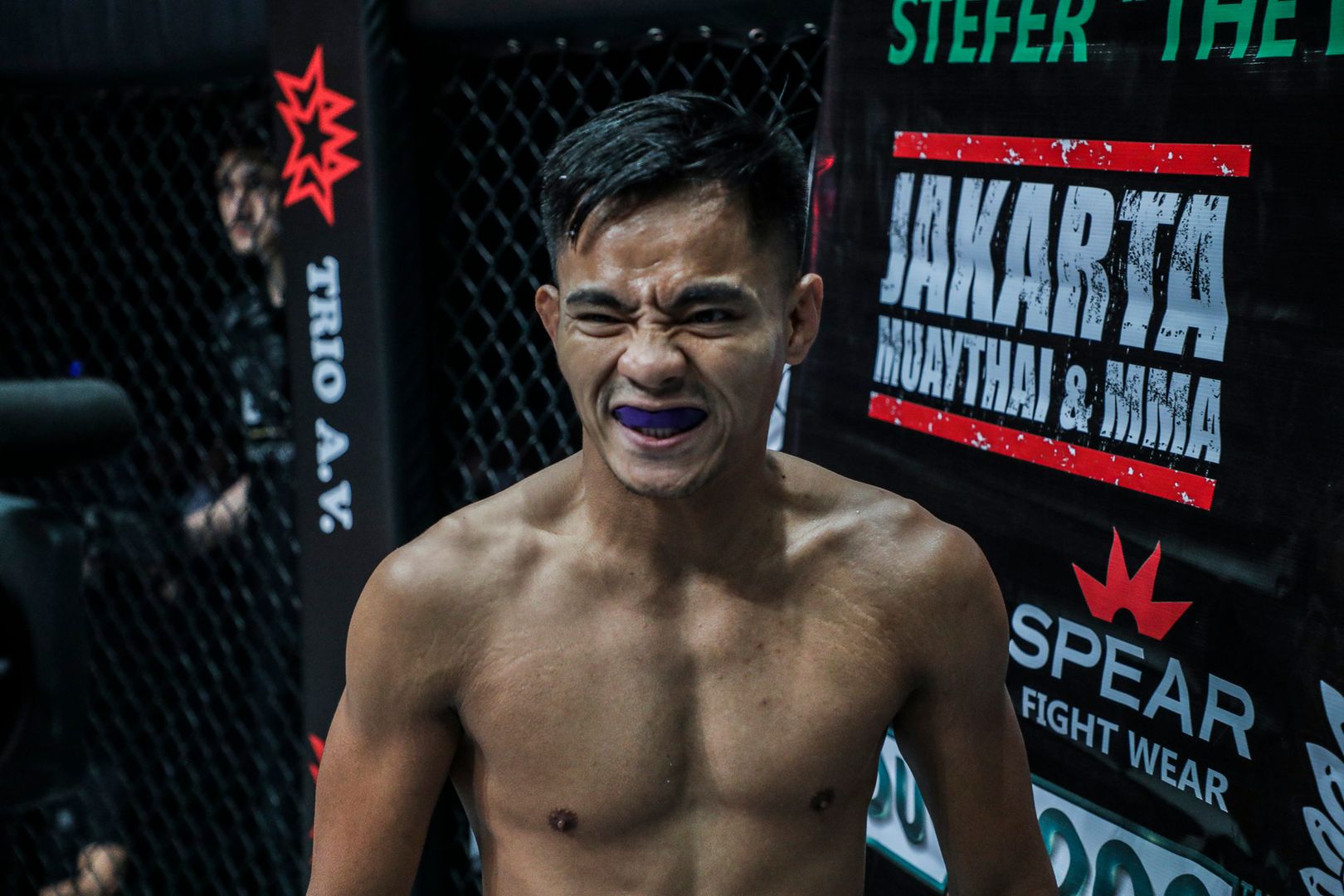 The strawweight checked out the trap record for himself and instantly fell in love.

“When I was listening to it, I was thinking that it could be my walkout song,” the 33-year-old recalls.

“[I was thinking about] how cool it would be to combine it with the sound quality and lighting system ONE Championship has. It would be so cool.”

Rahardian was initially drawn to the track’s hypnotic production, but the lyrics are what truly resonated with him.

During his childhood in Jakarta, the strawweight’s family lived in a neighborhood that was riddled with drugs and gangs. And after his father walked out on the family, Rahardian’s mother, Margaretha, waited tables at a Japanese restaurant and used that limited income to feed her children.

Those specific stories aren’t portrayed in “Dat $tick,” but the subject matter in the rapper’s verses reflects the struggle that “The Lion” and many of his compatriots have experienced.

“I see that this song is mainly about Indonesia’s current social life. In one of the lyrics, it says, ‘People be starving, and people be killing for food,’ which I consider as an explanation of the hard-knock life in Jakarta,” Rahardian offers.

In September 2017, Rahardian first used “Dat $tick” as his entrance music at ONE: TOTAL VICTORY.

As the song played at the Jakarta Convention Center in Indonesia, the strawweight walked down the ramp with his coaches and teammates behind him.

For “The Lion,” it was a special moment – not just because he was competing in his hometown, but also because he was surrounded by the individuals who had prepared him to reach that point.

“I think that if we pay enough attention and understood the lyrics of the walkout song we choose, then we would have a better mental condition and mindset,” he says.

“The people walking with us to the ring or the Circle are people who have joined our battles in our respective gyms. They have been there all along, so I see these people as the great ones. They are walking behind me and have been supporting my career so I could reach this level.

“I think the walkout is the final part of our hard work during the preparation for a bout. After the walkout, it goes to, ‘Let’s handle this business.’”

“The Lion” certainly took care of business on that night in the Indonesian capital, submitting Cambodia’s Sim Bunsrun with a rear-naked choke in 67 seconds to earn his seventh professional victory.

Since that bout, “Dat $tick” has become Rahardian’s permanent entrance theme. He uses the track to get in the zone and as a tribute to his musical countryman who’s chasing his own dream in the music industry.

“All achievements from people like Rich Brian should be greatly appreciated,” Rahardian says. “I believe that by using this song as my walkout song, it reflects my appreciation towards him as a musician and his great work.”