Sim Bunsrun did not have an easy task in front of him, taking on undefeated BJJ specialist Stefer Rahardian in front of the Indonesian’s hometown crowd at the Jakarta Convention Center.

Although the Cambodian Kun Khmer stylist looked dangerous with his kicks in the early running at ONE: TOTAL VICTORY on 16 September, it would not be enough.

As soon as Rahardian closed the distance, there was not much Bunsrun could do to stop himself from sinking into quicksand as the Indonesian grappling champion showcased his skills.

After securing a tight body lock, Rahardian threw Bunsrun to the mat and fell straight into mount. Wasting no time, the Indonesian dropped hard shots and forced the Cambodian Top Team flyweight to give up his back. 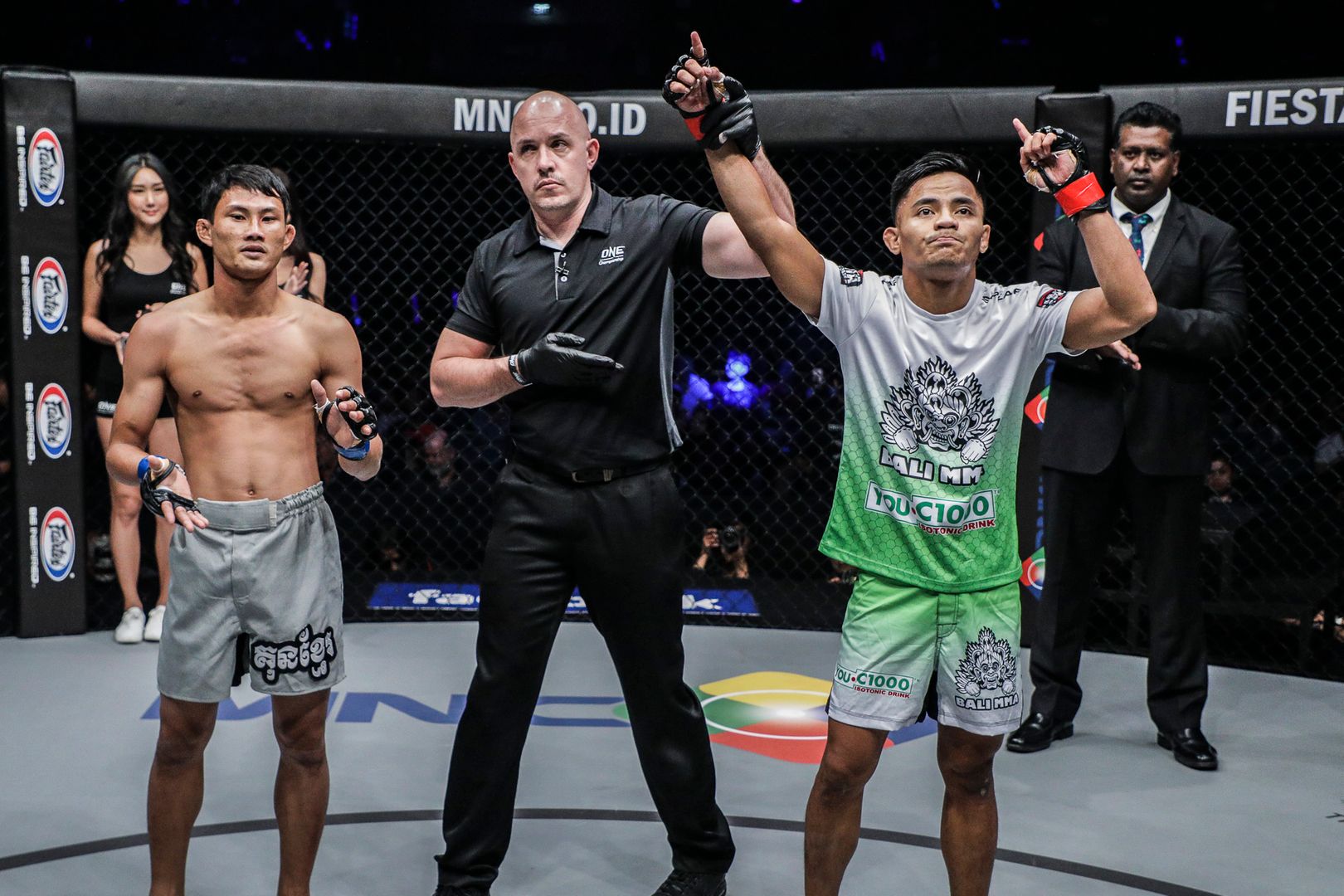 Try as he might, this was not a position Bunsrun would be able to escape. Rahardian is unforgiving with his back control, and made the tiny adjustments necessary to seal the deal, forcing the tap with a tight rear-naked choke.

Rahardian maintains his unbeaten record and moves on to 7-0, with 5 victories in ONE Championship. “I just want to keep improving and keep moving forward,” he humbly offered in the post-match interview.

Bunsrun had a three-bout win streak snapped, but the exciting flyweight undoubtedly still has much to offer in the ONE ranks.