“Unstoppable” Angela Lee’s dream of becoming the first-ever two-division ONE women’s World Champion has been put on hold.

The 22-year-old Singaporean has been forced to withdraw from her main-event bout against reigning strawweight queen “The Panda” Xiong Jing Nan at ONE: HEART OF THE LION.

Chatri Sityodtong, Chairman and CEO of ONE Championship, announced the news on Monday morning in a Facebook post.

He reveals that Lee actually suffered a serious back injury while putting the final touches on her training camp last week, but was determined to compete regardless.

However, ONE medical staff deemed her unfit to compete, and Sityodtong ultimately made the decision to remove her from the card. Because of Lee’s withdrawal, Xiong will also not compete at the Singapore Indoor Stadium on 9 November.

“I am bummed to announce that our medical team has deemed Angela Lee unfit to compete at ONE: HEART OF THE LION this Friday, November 9,” said Sityodtong, in the Facebook post.

“As such, I have made the decision to pull Angela off the card, despite her adamance to compete still in the world title fight against Xiong Jing Nan. We all know that Angela is a warrior with an unbreakable spirit. However, she suffered a serious back injury in training last week and badly herniated a spinal disc; she was unable to walk just a few days ago.

“Doctors suspect that the injury originally happened last year when Angela’s car flipped five times on the highway in her near-death accident. If it was up to her, she would still compete this week, even if it meant walking into the cage on crutches. In fact, she is still insisting on competing.

“However, safety is the number-one priority at ONE. On a personal level, I care deeply about the long-term health of our athletes, and would never put our athletes in any compromising situations.”

After claiming the inaugural ONE Women’s Atomweight World Championship in May 2016, Lee successfully defended her belt three times.

She first beat Jenny Huang via TKO in March 2017, before submitting Istela Nunes in May 2017. Most recently, she once again defeated Mei Yamaguchi via unanimous decision in a rematch five months ago.

The undefeated hero was looking forward to challenging Xiong for her ONE Women’s Strawweight World Championship, and relished the chance to make history as the promotion’s only female athlete to claim ONE World Titles in two weight classes.

For now, the injury has temporarily delayed her from accomplishing that goal, but there is no doubt she will reignite the challenge when she returns to full health. 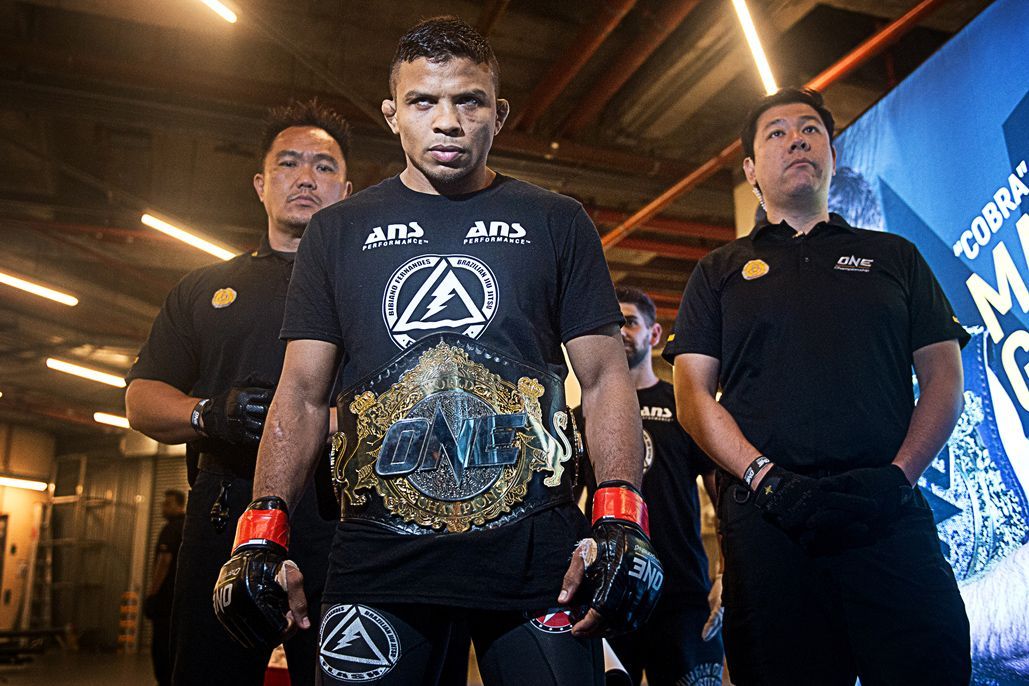 In addition, a new co-main event has been added to the card. Christian Lee will take on Kazuki Tokudome in a 73kg Catch Weight bout, with both athletes stepping in on short notice.