Of the 14 bouts that are scheduled for ONE: LEGENDARY QUEST next Saturday 15 June, almost every one has the potential to be the most compelling battle of the night.

From the mixed martial arts match-ups to the ONE Super Series kickboxing contests and the main event ONE Atomweight Muay Thai World Title showdown, fans can expect to see some unforgettable action.

No bout carries stakes like the headline act featuring defending World Champion Stamp Fairtex and challenger Alma Juniku that is set for five rounds, but every athlete on the undercard will attempt to steal the show before the final act of the night in Shanghai, China.

Though it was almost an impossible task to narrow the field down, the onefc.com team has picked three contests that could go down as the bout of the night.

Tarik Khbabez's perfect 3-0 ONE Super Series record is on the line when he clashes with Brazilian behemoth Anderson Silva on 15 June!

When two of The Home Of Martial Arts’ heaviest hitters meet in a light heavyweight kickboxing match there should be enough leather thrown to treat the Shanghai fans to a spectacular knockout.

Tarik “The Tank” Khbabez has been ONE Super Series’ power-punching MVP since he made his debut last year. He has earned a pair of stunning TKOs and a unanimous decision thanks to his relentless aggression.

The Moroccan loves to march forward and pile the pressure on from minute one, and he usually forces his rivals to wilt as the damage from his iron fists accumulates.

Anderson “Braddock” Silva may hit even harder than his rival at ONE: LEGENDARY QUEST. His career is littered with knockouts, but he often gets them with a far different approach to “The Tank.”

The Brazilian is an expert counter-striker who often capitalizes on his opponents’ forward momentum to land a decisive blow – as he did in his ONE debut – or set up a flurry of offense.

These giants’ styles are tailor-made for one-another, but they also both have the durability to take each other’s best shots and pay them back with interest.

Flash????: Koyomi Matsushima made a HUGE splash in his ONE debut by taking out former ONE World Champion Marat Gafurov!

“Pretty Boy” Kwon Won Il has shown he has the firepower to finish any opponent that stands in front of him with his spear-like straight right hand.

The South Korean star has already recorded two victories in a combined 86 seconds in the world’s largest martial arts organization in the first few months of 2019. A third in similarly short order will put his name right to the top of the list to challenge for the ONE Featherweight World Title.

However, to do that, he will have to overcome the biggest challenge of his career so far against a skilled striker with the weapons to counter and capitalize on Kwon’s offense.

Koyomi “Moushigo” Matsushima is a Kyokushin karate black belt with the evasive skills to slip out of harm’s way, and the speed to return fire with devastating effect. Former ONE World Champion Marat Gafurov found out how powerful the Japanese hero can be last September.

That was the 26-year-old’s sixth win out of 10 by knockout, and he is certain to try and shut down “Pretty Boy” quickly to grab his seventh and take another step toward gold on the global stage.

As well as these two battles between striking experts that are predicted to deliver intense action, we could also see a pair of world-class grapplers deliver one of the most exciting tussles in Shanghai.

“The Dutch Knight” Reinier De Ridder is a judo black belt who grew up throwing his rivals to the mat. As an adult, he found Brazilian Jiu-Jitsu and had massive success on the competitive circuit.

Now a brown belt in “the gentle art” he has blended his grappling disciplines together seamlessly in mixed martial arts to build a perfect record with a 100 percent finishing rate – featuring eight submission victories that include his ONE debut.

Gilberto “Giba” Galvao is a vastly experienced BJJ black belt, who uses aggressive striking to close the distance to try to slam his opponents to the canvas. He is almost as wide as he is tall, and he packs a lot of strength and power into his 177-centimeter frame.

Both men seem to never stop their pursuit of a dominant position so they can finish via submission, so we may see a showcase of scrambles.

On the other hand, De Ridder believes the stand-up exchanges could be the key difference when the top middleweight contenders collide. 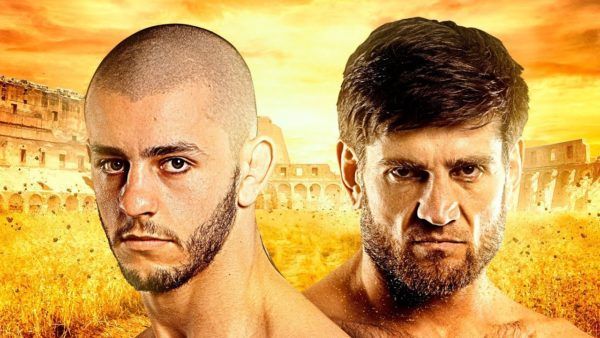 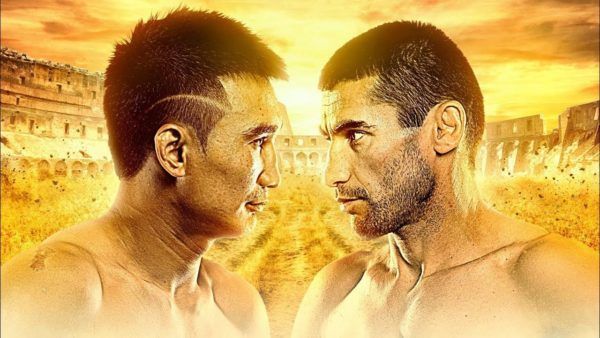