After two years away from the cage, Arnaud “The Game” Lepont is finally making his long-awaited return to ONE Championship.

On Friday, 24 November, the Vietnam-based Frenchman will square off against Filipino striker Richard “Notorious” Corminal in a lightweight encounter at ONE: IMMORTAL PURSUIT. The event broadcasts live from the Singapore Indoor Stadium.

Though it has been a few years since Lepont last competed, he is excited to display his new and improved skills on the global stage. He is feeling particularly confident about his chances in this upcoming clash. Now, all he has to do is relax, and find a way to ease his mind. 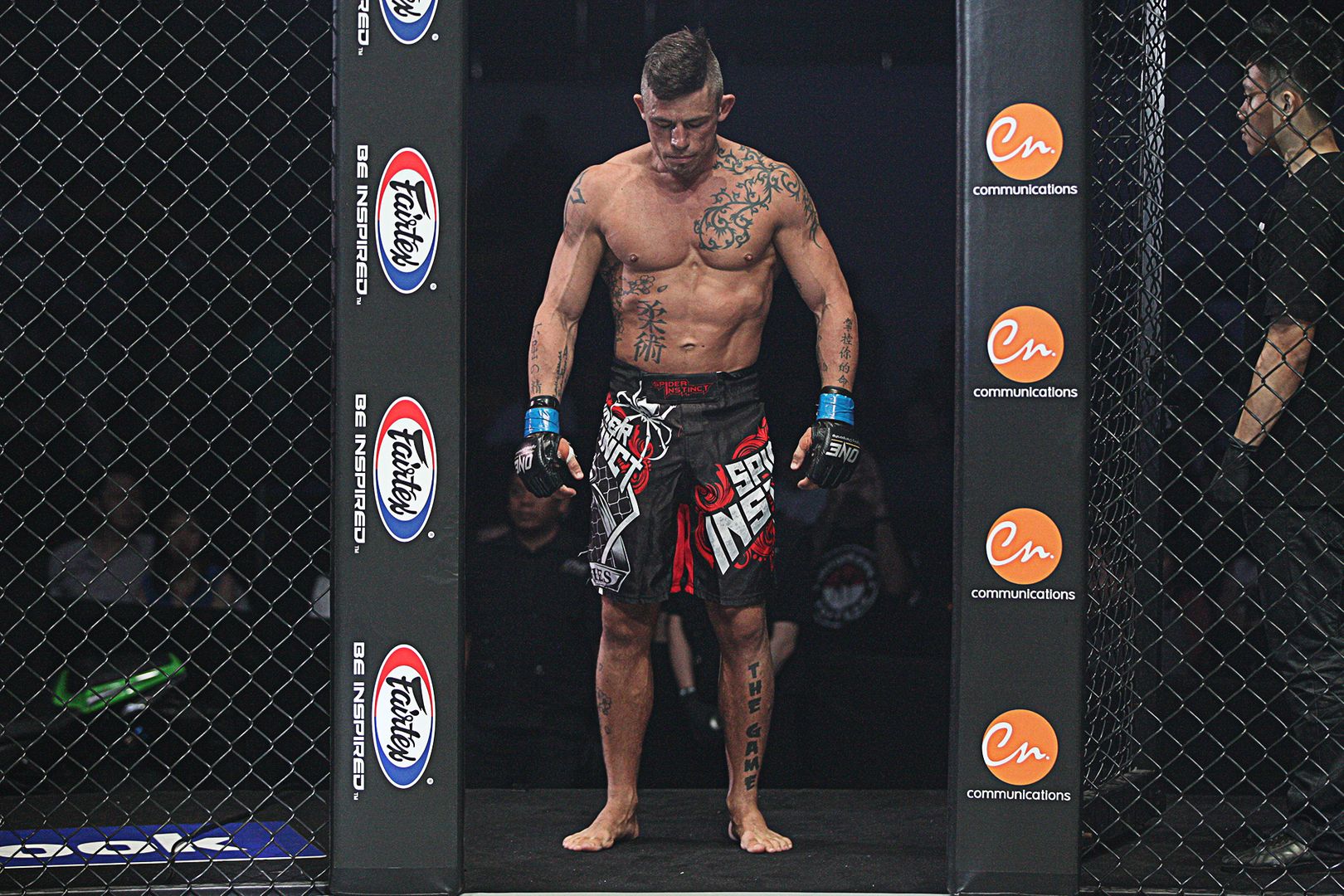 “My only concern is the pressure of the big event. Being at home in your own cage is different from being in front of the crowd,” the 37-year-old states. “Managing nerves is part of the game. You can lose the match before you start. It is a mind game, and that is what I working on.”

Since his last bout against Dutch-Indonesian striker Vincent Latoel in September 2015, Lepont says he has learned some humility. Though entertaining, that bout concluded 15 ticks into the second round, when the Frenchman was overwhelmed by his opponent’s fierce ground and pound.

“That was a bad experience. I was not even in that match. I was passive. I was watching that match,” Lepont recalls. “It is ok to talk, but you also need to show valor and respect.” 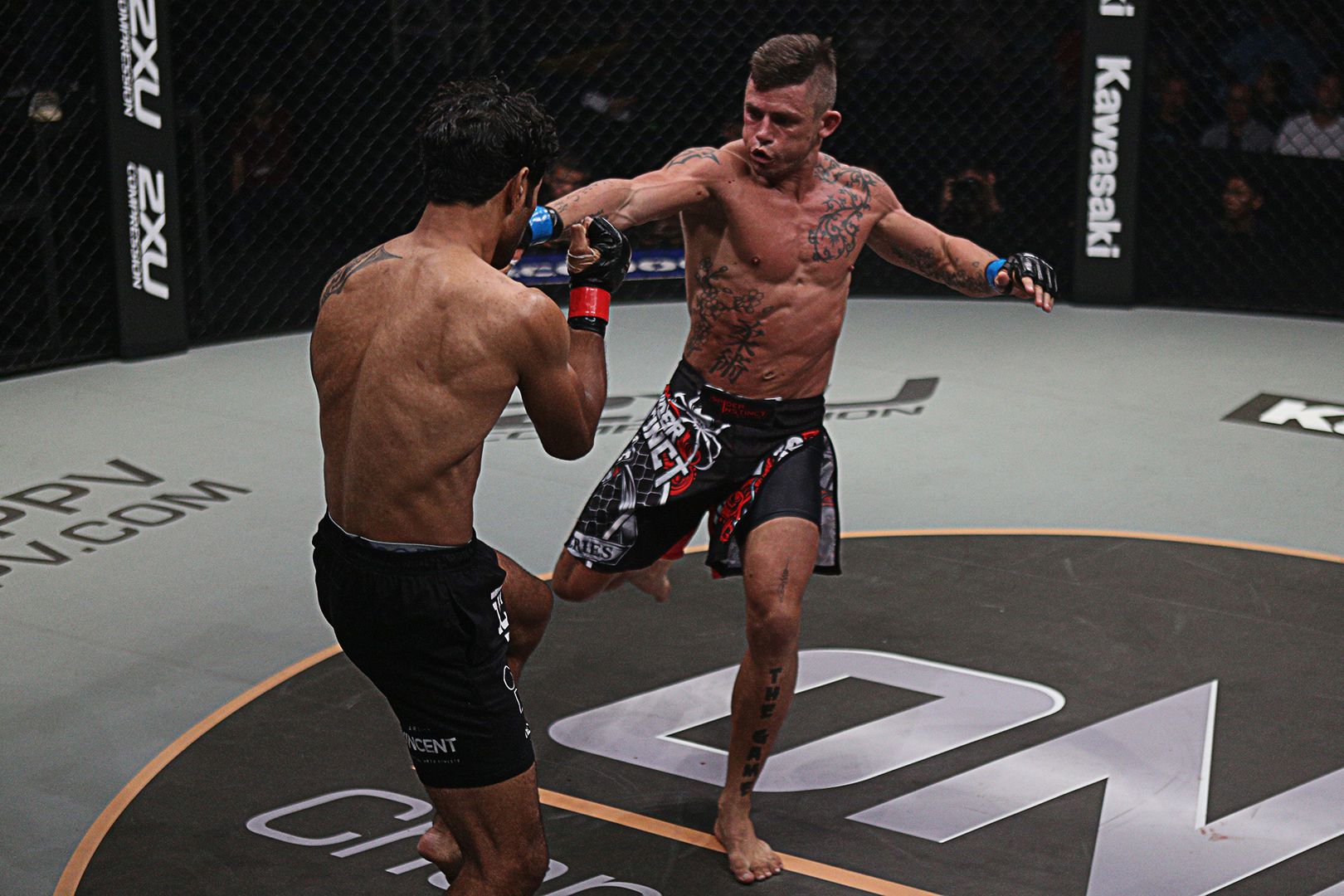 Following the bout, “The Game” took a break from competition to manage one of Vietnam’s biggest martial arts gyms in the nation’s capital of Ho Chi Minh City. But being around all the talent streaming through the doors prompted him to get back into the cage, even if he now has a few years on his opponents.

“Because you are there training, you are learning new skills,” he says. “You are getting older, but you learn to compete in a different way.”

That passion for martial has been ingrained in him after three decades of diligent training. 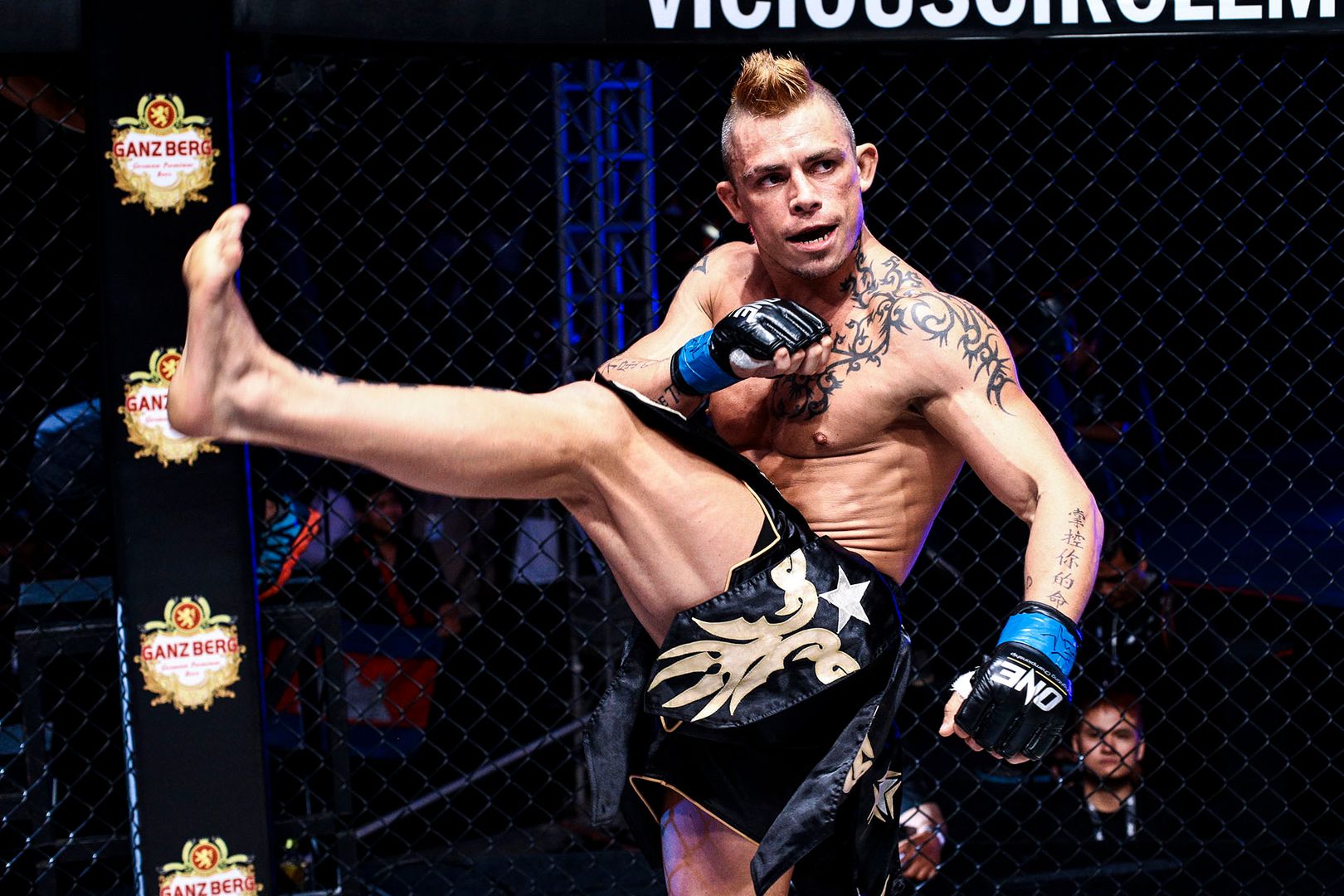 Lepont’s father first enrolled him in the local karate dojo in his hometown of Grande Ville in Northwestern France. As a youngster, he struggled with Attention Deficit Hyperactive Disorder, or ADHD for short. Discipline and training were the elder Lepont’s solution to his son’s condition.

It helped. Martial arts gave him the focus and structure he needed.

However, he found that just karate was not enough for competition. Lepont recalls a humbling schoolyard experience as a teenager, where a smaller classmate had him on the ground within a matter of seconds.

“He was a little tank,” Lepont says of his then-teenage opponent. “I was like, ‘There is no way you are going to win, man.’ But then he grabbed my shirt and put me on the ground. And I went, ’Wait, that is not karate!’” 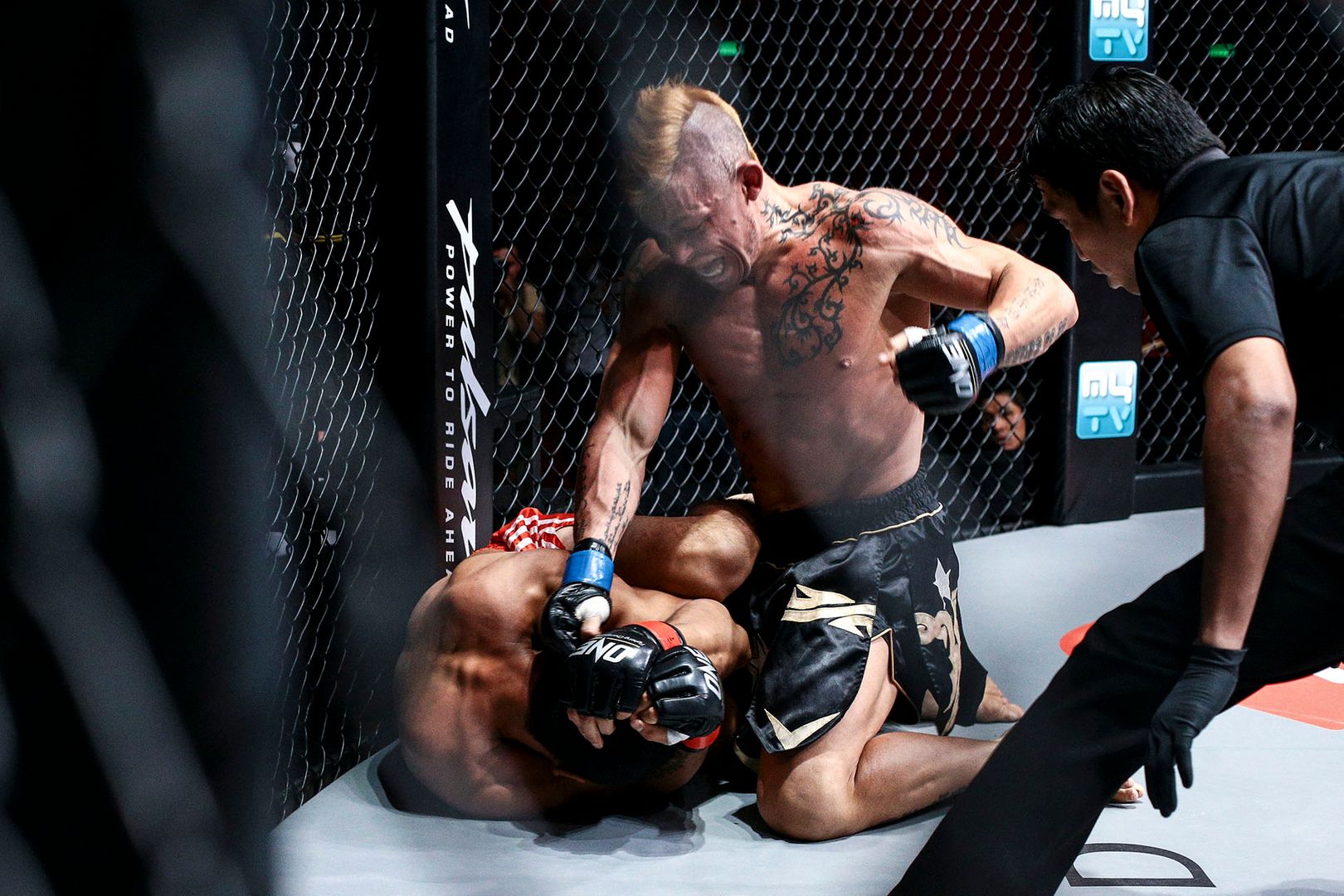 It was around the same time Lepont came across VHS tapes of North American martial arts promotions. He was instantly hooked, and knew he had to be a part of it.

Later, when he moved to Paris, he spent the days working as a portfolio manager at esteemed bank Crédit Lyonnais, and got in some quality martial arts training at a local gym during the night. That led him to cage matches at rough bars in Germany and other parts of Europe.

Those matchups were an early baptism of fire. There were few rules and little planning. Opponents were assigned on the night of the event, and the crowd demanded entertainment.

“Guys were smoking cigarettes and throwing their beer at you if you did not go to the floor, or if you are not putting on a show. They only had two sets of gloves and when you were done, you passed them on to the next guy,” the Frenchman recalls. 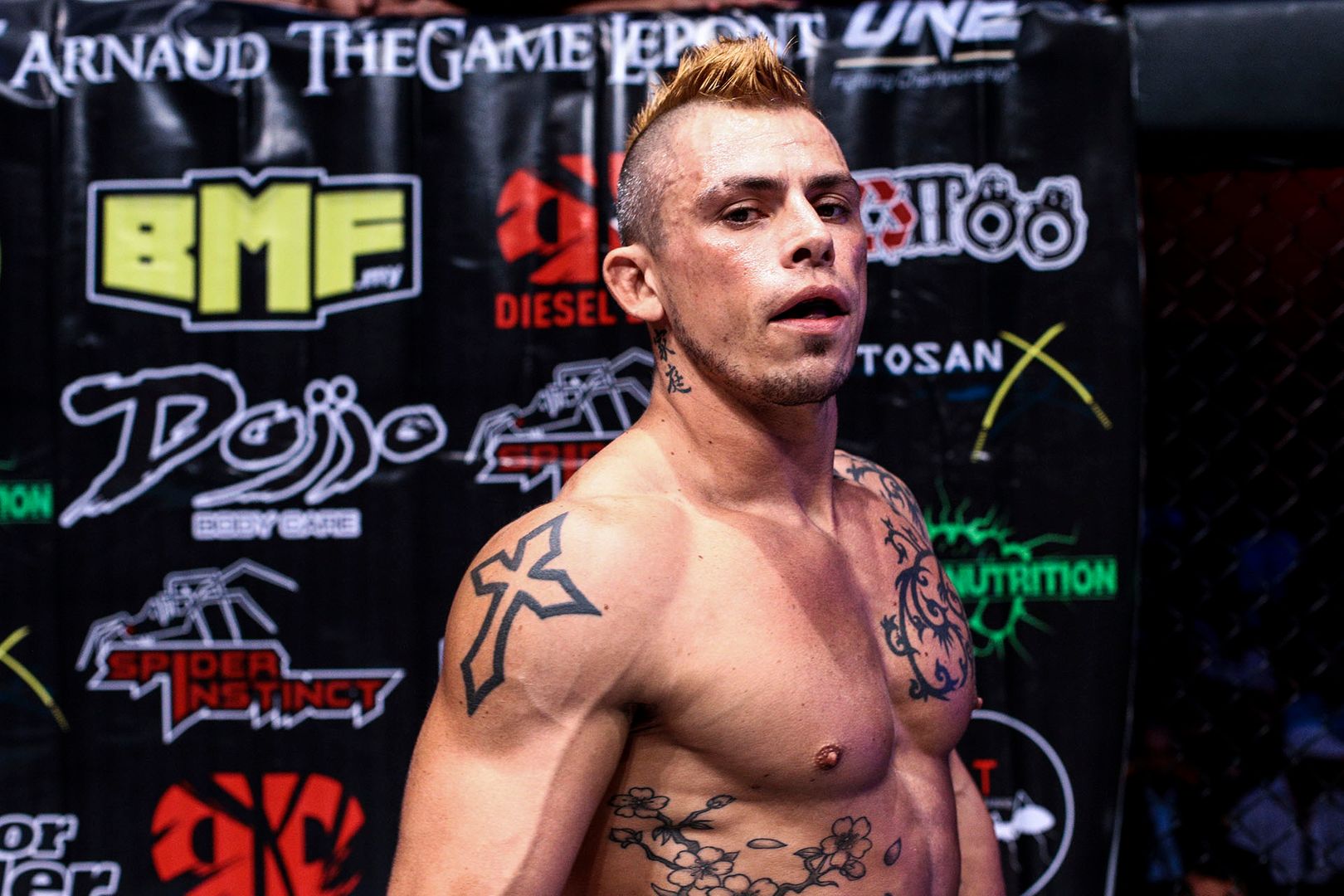 Martial arts competitions have come a long way since then, as has “The Game” himself.

Lepont quit his luxurious bank job after being given an ultimatum by his boss, relocated to Vietnam in 2009, and signed with ONE Championship in June 2012. He has called the promotion his martial arts home ever since.

The Frenchman, who received his black belt in BJJ two years ago, is feeling reinvigorated, and in his time away from the cage, has picked up a slew of new skills. While he is mum on the details, he promises to showcase this enhanced skill set against Corminal on Friday, 24 November at ONE: IMMORTAL PURSUIT. 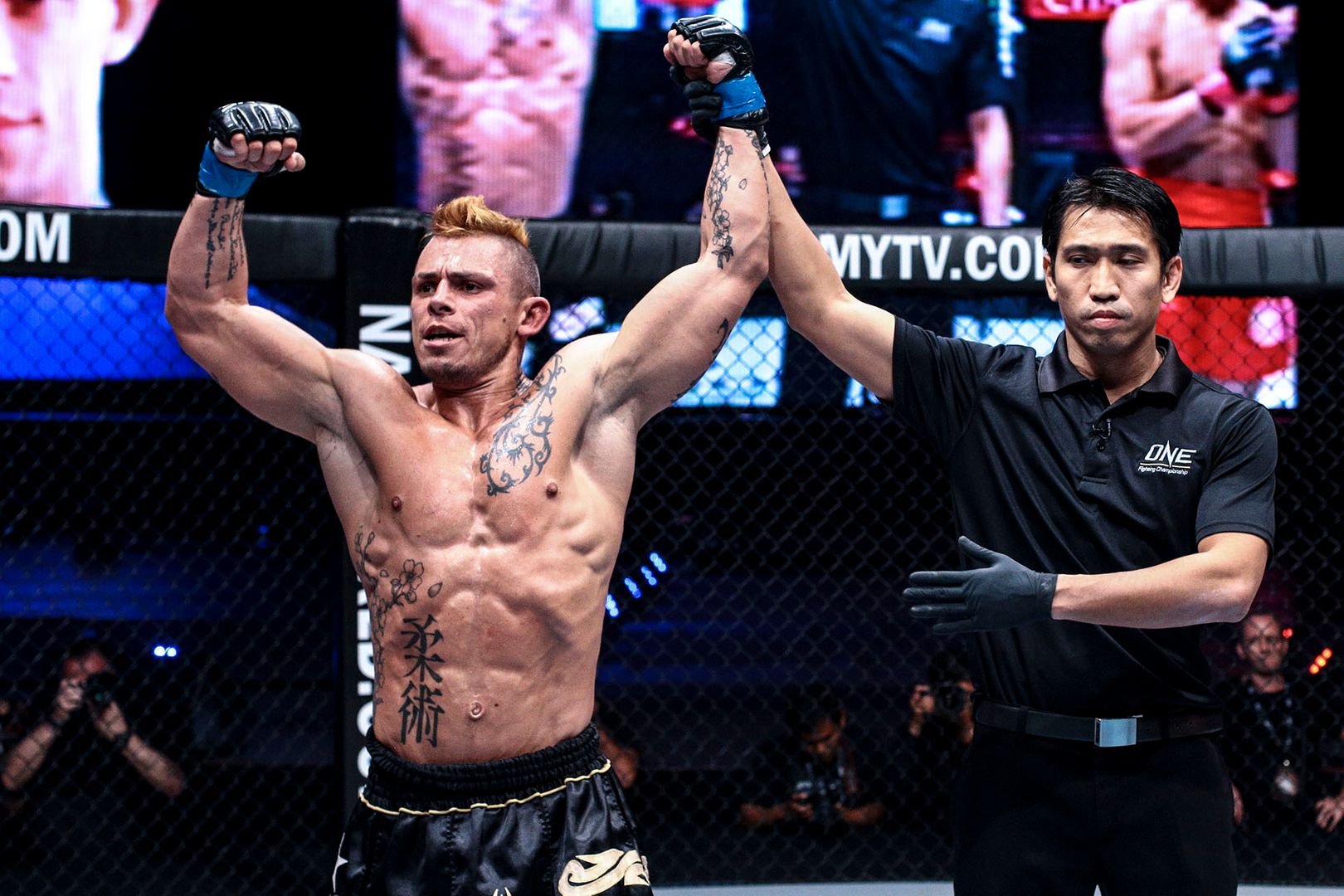 And while that new version aims to contain the bravado, it will still drink up the roar of the crowd. In fact, Lepont compares the experience of stepping into the cage like his other passion: fine whiskey.

“It is magical, if someone pours you an expensive whiskey. This stuff has been waiting 15 or 20 years to get here. It is amazing,” he explains. “[Competing in the cage] is like that. You want to feel that rush one more time.”