ONE Championship returns with the phenomenal ONE: CALL TO GREATNESS card on Friday, 22 February, and it will feature a plethora of martial arts World Champions.

Thousands of fans inside the Singapore Indoor Stadium and millions watching around the globe will witness some of the leading lights from the disciplines of mixed martial arts, kickboxing, and Muay Thai.

In a historic main event, ONE Atomweight Kickboxing World Champion Stamp Fairtex will bid to become the promotion’s first ever two-sport titleholder when she takes on Janet “JT” Todd for the ONE Atomweight Muay Thai World Title.

The supporting card hosts even more athletes at the top of their game – and here is the full rundown of every one of them competing in Singapore.

???????? ONE Kickboxing World Champion and Thai phenom Stamp Fairtex will NOT let American Muay Thai star Janet Todd stand in the way of her claiming ONE Muay Thai gold this Friday ????????

Posted by ONE Championship on Thursday, February 21, 2019

Thai superstar Stamp Fairtex is a multi-skilled athlete who has competed in Muay Thai, kickboxing, and mixed martial arts – all with success.

She made a huge impact on her ONE debut when she defeated Kai Ting Chuang for the ONE Atomweight Kickboxing World Title last year yet, surprisingly, that is not her area of expertise.

The Fairtex Gym representative has 15 years of experience in Muay Thai, and she can bring this to bear when she meets American Janet Todd in her bid to capture ONE gold in two sports.

Will Nieky "The Natural" Holzken's precision and power lead to another show-stopping KO against striking supernova Mustapha Haida on Friday?

Nieky “The Natural” Holzken comes from the European kickboxing stronghold of the Netherlands, but he has made his mark internationally, including his debut ONE win over Cosmo “Good Boy” Alexandre.

“The Natural” is a seven-time World Champion, and his impressive resume includes the Glory Welterweight World Title and WFCA Kickboxing World Title.

He wants to push his tally to eight, and to do that, he must overcome Mustapha Haida in Singapore.

Will Mustapha Haida produce another ONE Super Series Bout Of The Year when he steps into the ring against Nieky Holzken this Friday?

Will Mustapha Haida produce another ONE Super Series Bout Of The Year when he steps into the ring against Nieky Holzken this Friday?Singapore | 22 February | 6:30PM | LIVE and FREE on the ONE Super App: http://bit.ly/ONESuperApp | TV: Check local listings for global broadcast | Facebook: Prelims LIVE | Twitter: Prelims + 2 Main-Card bouts LIVE | Tickets: http://bit.ly/onegreatness19

Posted by ONE Championship on Thursday, February 21, 2019

Mustapha Haida is an ISKA Kickboxing World Champion who entered The Home Of Martial Arts in style when he knocked out Daniel “The Rock” Dawson in the best ONE Super Series bout of 2018.

The hard-hitting Italian showed that he will be a tough adversary for any striker on the ONE roster, but he will get his toughest test to date when he takes on Nieky Holzken this weekend.

Growing up in extreme poverty, Dejdamrong was no stranger to overcoming adversity. On 22 February, the former ONE World Champion looks to overcome the man responsible for his most devastating defeat.

Growing up in extreme poverty, Dejdamrong Sor Amnuaysirichoke was no stranger to overcoming adversity. On 22 February, the former ONE World Champion looks to overcome the man responsible for his most devastating defeat.Singapore | 22 February | 6:00PM | LIVE and FREE on the ONE Super App: http://bit.ly/ONESuperApp | TV: Check local listings for global broadcast | Tickets: http://bit.ly/onegreatness19

Stamp Fairtex does not have to look too far for inspiration as there is a two-sport World Champion from her homeland on the same bill.

Dejdamrong “Kru Rong” Sor Amnuaysirichoke was a legend in the art of eight limbs and held Lumpinee Stadium Muay Thai World Titles in two divisions before he switched his focus to mixed martial arts.

He capped an undefeated streak by winning the inaugural ONE Strawweight World Title by defeating Roy Doliguez in 2015, and now he wants to earn his way back to the gold. He can take another step closer to the belt with a win against Jeremy “The Jaguar” Miado at ONE: CALL TO GREATNESS.

Expect FIREWORKS when Thai phenom Petchdam steps into the ring on Friday ????

Petchdam Petchyindee Academy has had a rip-roaring start in the world’s largest martial arts organization as he knocked out his first two opponents in spectacular fashion.

He entered the promotion having proved his prowess at the elite level by winning the WBC and Lumpinee Stadium Muay Thai World Titles.

He will bring his elite talent to a kickboxing contest for the first time when he faces Masahide “Crazy Rabbit” Kudo in a flyweight match in his next outing. 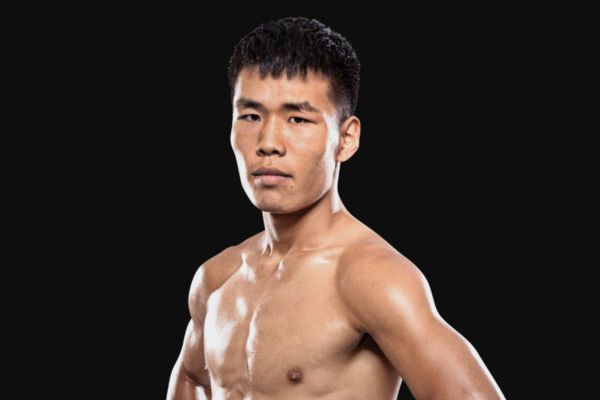 “Muay Thai Boy” Zhang Chenglong is an experienced Chinese nak muay who has competed extensively in his homeland, as well as in Thailand and Europe.

Zhang became Top King Muay Thai World Champion in 2017, and since then, he has been active and extremely successful in the ring, which earned him his call to ONE Super Series.

Regian "The Immortal" Eersel striked up a unanimous decision victory over Brad "Quake" Riddell in the inaugural ONE Super Series contest!

Regian “The Immortal” Eersel was part of the first ONE Super Series kickboxing bout back at ONE: HEROES OF HONOR last April, and he also claimed the first victory with a unanimous decision over Brad Riddell.

The Dutchman is a Lion Fight and MFC World Champion who has taken on top quality opposition across the continents.

He takes on Anthony “The Assassin” Njokuani in his return to the global stage for martial arts.

Posted by ONE Championship on Monday, February 18, 2019

The Japanse athlete used this prowess to become a three-time DEEP World Champion in two separate divisions, and a Cage Rage World Champion.

He takes on surging South Korean star Kwon Won Il in a battle of youth versus experience on 22 February. 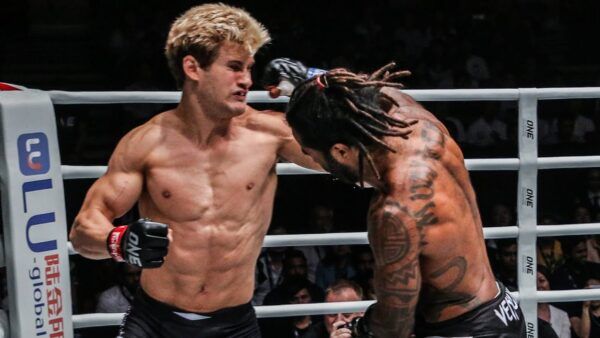