Singapore is gearing up for another night of the world’s most exciting martial arts action, as ONE: DYNASTY OF HEROES is set to hit the Singapore Indoor Stadium this Friday.

The card is a phenomenal one, with compelling matchups stacked from top to bottom, including two World Championship bouts featuring four undefeated martial artists at the very top of their game.

As with every event, there is a lot on the line for our ONE warriors. Let’s take a look at the athletes with the most at stake this Friday.

The Main And Co-main Event Headliners 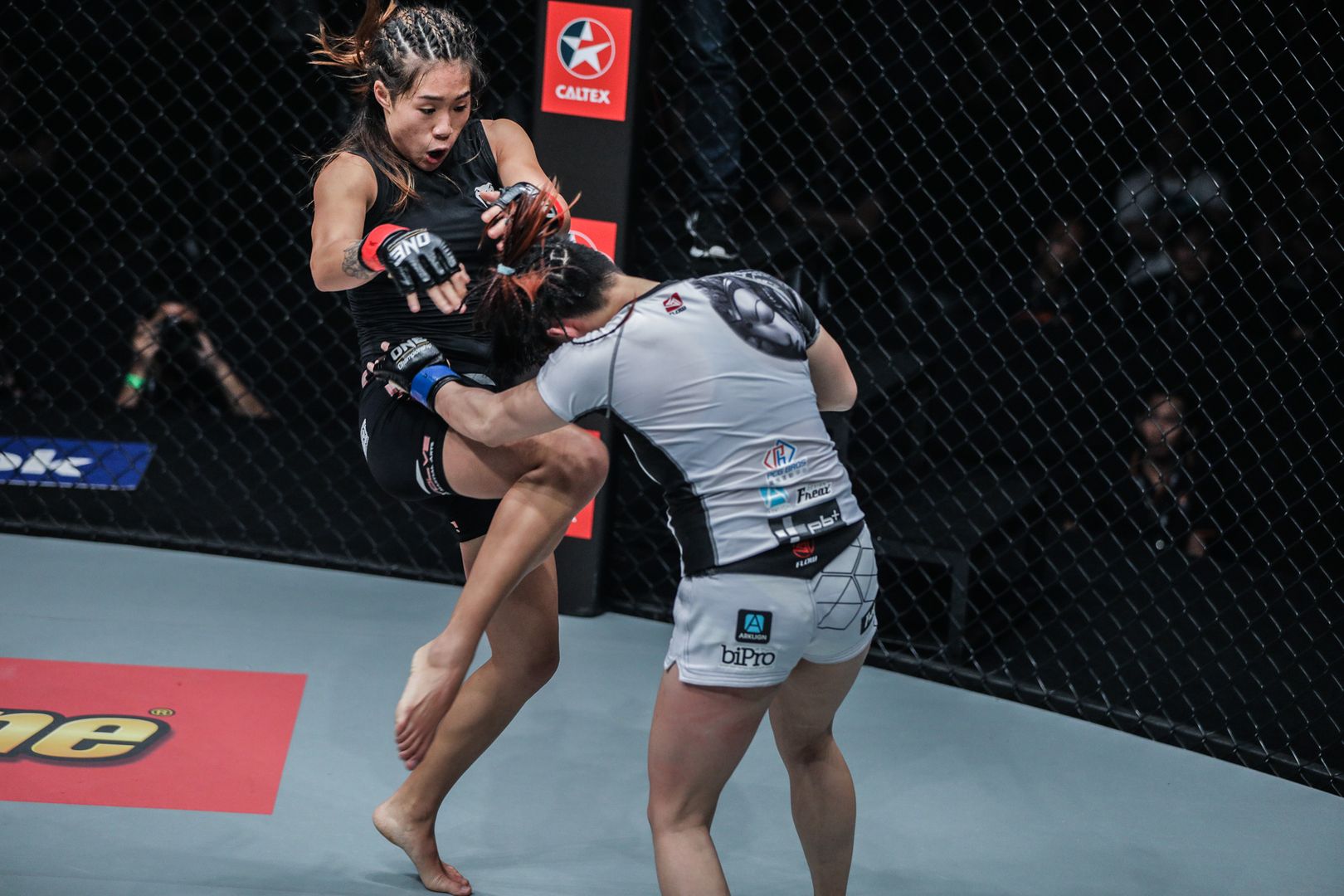 Although the two titleholders have been dominating their respective divisions, they both face undefeated young challengers in their next outings.

Lee is set to take on two-time Muay Thai world champion Istela Nunes (5-0, 1 NC) of Brazil, while Askren will go head-to-head with Malaysia’s top welterweight Agilan Thani (7-0). With World Championship titles on the line, anything can happen, and it is needless to say that the two challengers have everything to win and little to lose, given their age. 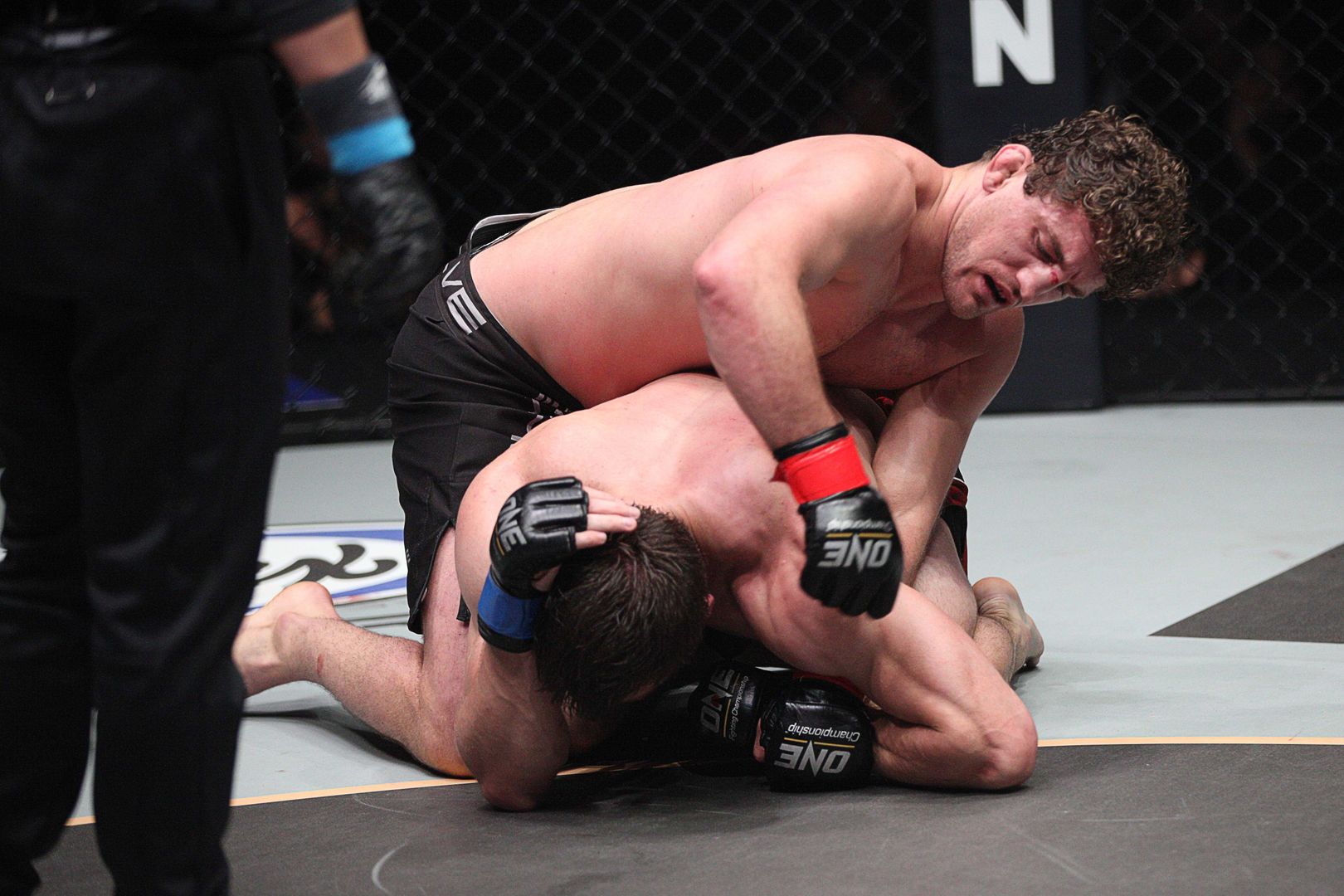 Nunes is expected to give Lee a good run for her money in the striking department. Despite Lee’s newly improved stand-up repertoire, this will be the first time she faces a dedicated striker. None of Lee’s previous opponents possessed the pedigree Nunes has, and it should be interesting to see how Lee would be able to stand and trade with the young Brazilian.

Askren, on the other hand, is as dominant a champion as they come. In fact, the unbeaten champion is arguably the best welterweight in the world. Against Thani, Askren is supremely confident that his wrestling skills will reign supreme, even going as far as saying that he would retire from competition should Thani be able to take him down and submit him. 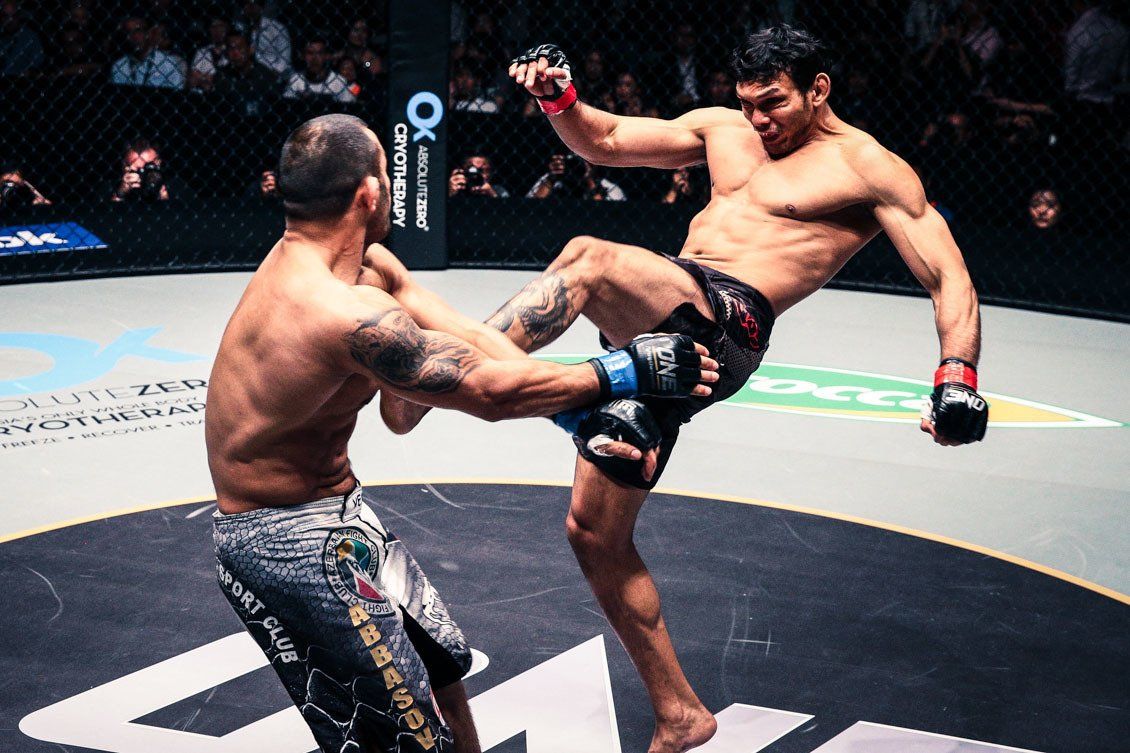 There is only one fight on the horizon for Luis “Sapo” Santos, and that’s a rematch against Ben Askren. Every victory Santos posts in his career is just a step towards that inevitable battle. However, Santos is up against a worthy opponent in Zebaztian Kadestam, who is hungry to prove he belongs among the division’s top guns.

Both Santos and Kadestam are known as heavy-handed strikers. More than half of Santos’ 63 victories have come by knockout, while six of Kadestam’s eight wins have ended in the same manner. Needless to say, this matchup should be fun to watch.

At this point in his career, Santos has emerged as the top contender at welterweight, and there is no where left to go but up. If he can turn in another thrilling performance against Kadestam, another shot at the title could be in order, with Santos finding himself facing the winner of the Askren-Thani showdown. 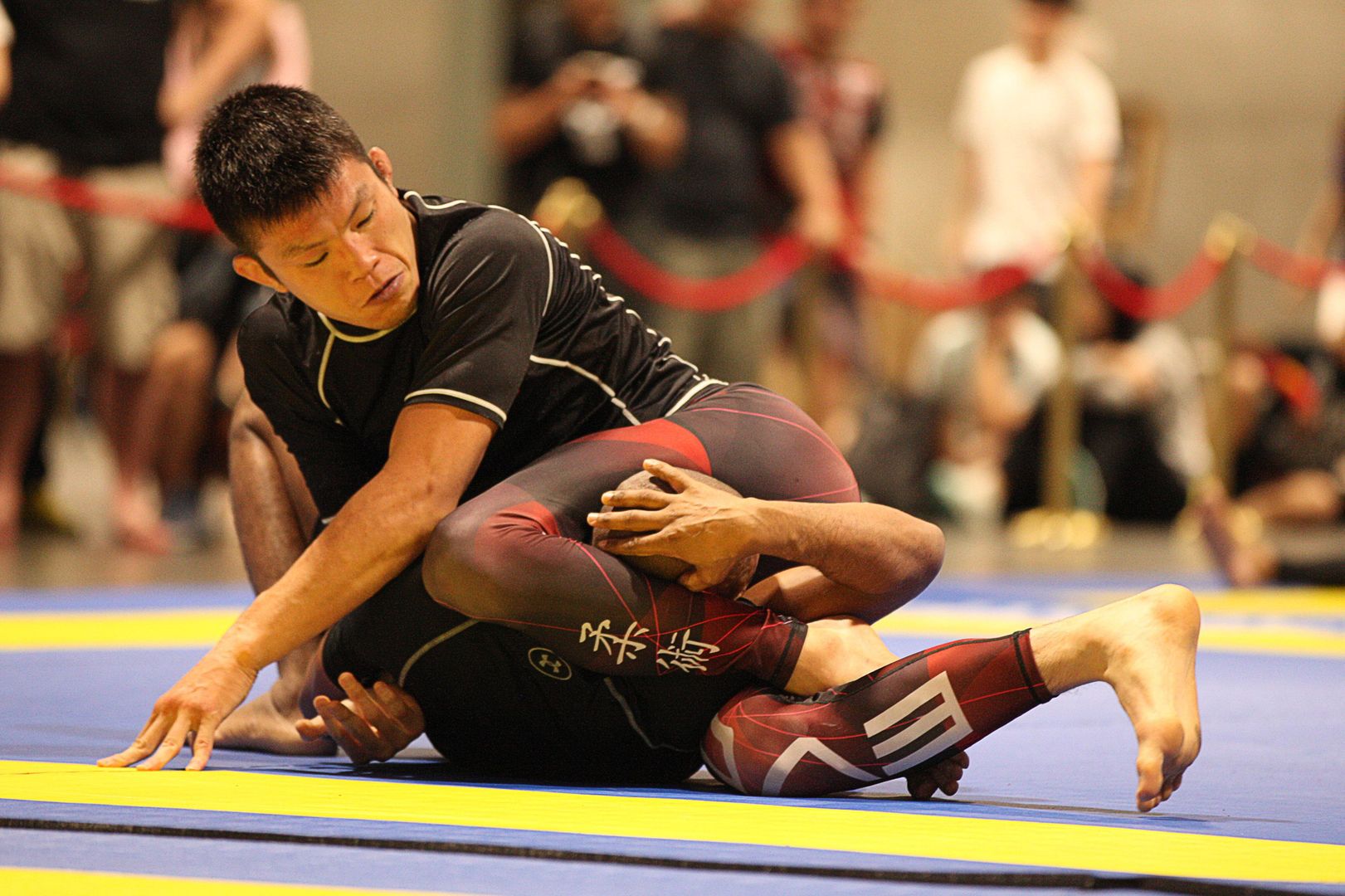 Although he isn’t competing in a mixed martial arts bout, fans still can’t wait to see Japanese legend Shinya Aoki take to the cage once again. Aoki, one of the most talented grapplers in the sport, will figure in ONE Championship’s first-ever Grappling Super-Match opposite the United States’ Garry Tonon.

It will be a pure submission-only grappling affair, with one continuous round of 15 minutes to decide the outcome. This means the true brilliance of Aoki’s grappling will be given the perfect stage to shine.

The bout is also be the perfect opportunity for the former ONE Lightweight World Champion to forget the bitter taste of defeat, having lost his title to Eduard Folayang at the same venue last November.

Don’t be mistaken; Tonon could very well beat Aoki on the ground. The American is probably the most famous submission grappler in the world right now, and his skills are right up there with Aoki’s. Fans can expect an extremely high-level showcase of the beauty of Brazilian jiu-jitsu. 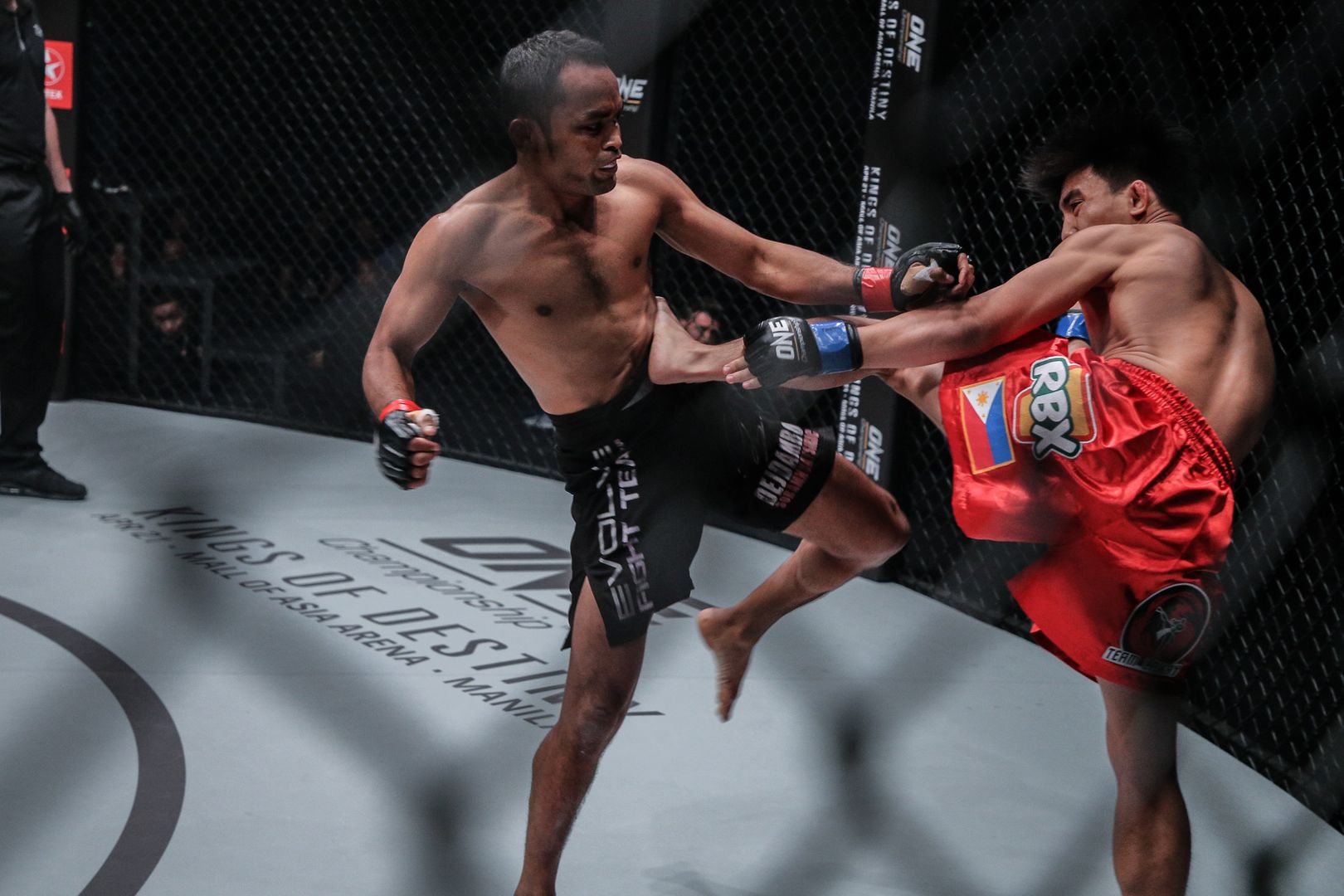 It has been a rough year for former ONE Strawweight World Champion Dejdamrong Sor Amnuaysirichoke.

Since losing his title in May of 2016 to reigning champion Yoshitaka Naito, Dejdamrong returned to competition a year later, only to drop a close split decision to the high-flying Joshua Pacio. Both losses both came at home in Bangkok, where he is hailed as a Lumpinee Stadium Muay Thai legend.

Now returning to the Singapore Indoor Stadium in his adopted home, Dejdamrong hopes to regain his momentum in a battle against Indonesia’s Adrian Matheis.

Does the Thai warrior have enough left to give fans another stunning performance? Dejdamrong will have to prove he still belongs among the elite at strawweight by defeating Matheis if he aims to recapture his lost glory. 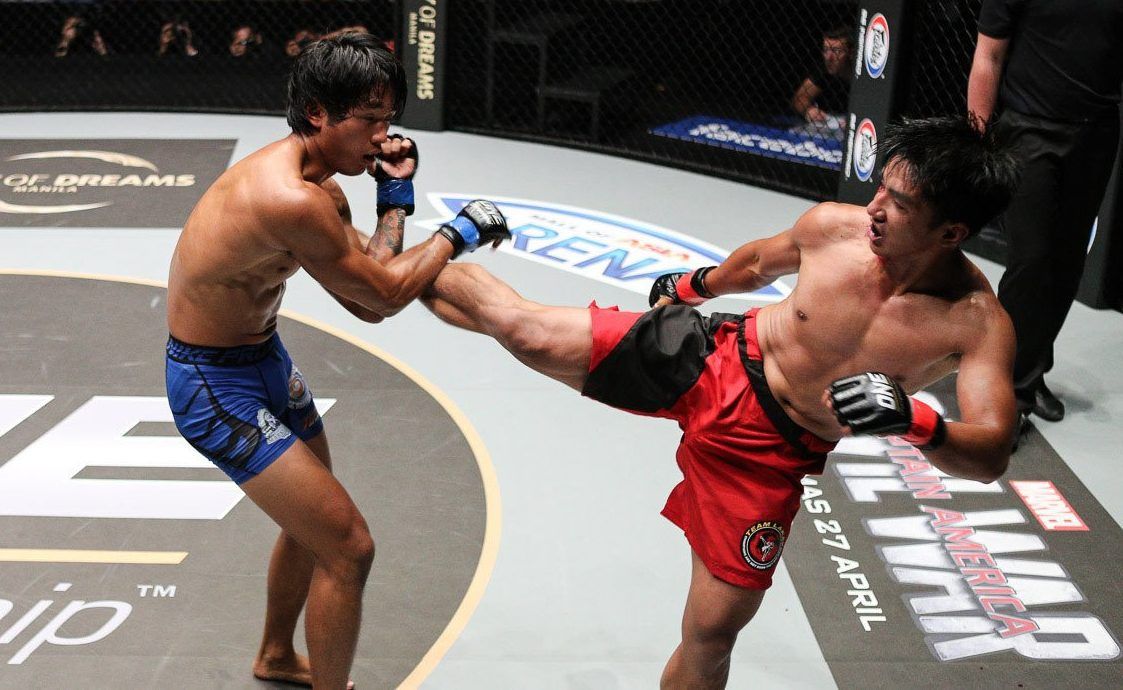 Another fighter on the comeback trail is former ONE Flyweight World Title challenger Geje “Gravity” Eustaquio. The Filipino warrior most recently dropped a submission loss to Toni Tauru at bantamweight, and has realized that a move back down to flyweight might be the best for his career.

The Filipino striking ace is set to face Thailand’s Anatpong Bunrad, in a rematch of their 2015 encounter when Bunrad took home a close split decision. The two fighters are evenly-matched, and provide an interesting clash of styles that is sure to produce fireworks.

If their first battle is anything to go by, fans can look forward to an all-action skirmish at the center of the ONE Championship cage. Eustaquio cannot afford to lose to Bunrad twice, as his relevance at flyweight could be hanging in the balance.