If there were a prize for the most entertaining mixed martial artist in ONE Championship right now, Danny “The King” Kingad would probably win it.

The 26-year-old flyweight always possessed a lot of talent and potential, but in the past year or so, Team Lakay’s young gun has emerged as a man you can bank on more than any other for high-energy entertainment.

Every time he enters the Circle, he seems to outdo himself with his incredible battles, which appear to be contested at nothing less than 100 miles per hour.

Before he returns to action in his homeland to face Reece “Lightning” McLaren in the ONE Flyweight World Grand Prix semifinals at ONE: DAWN OF HEROES next Friday, 2 August, check out Kingad’s top five bouts in The Home Of Martial Arts.

There was late drama at the Mall Of Asia Arena in Manila, Philippines when Kingad faced “Jungle Cat” Muhammad Aiman in April 2017.

The Filipino rising star had outmuscled his Malaysian rival throughout the first two rounds, and he brought cheers from his home crowd with a barrage of elbows and knees. However, in the closing moments, Aiman locked up a deep triangle choke that looked certain to bring a last-gasp finish.

In the end, the Philippines wushu champion showed his heart and determination as he battled out of the hold and attacked with renewed vigor to seal the decision win.

“The King” and his teammates may be known for their striking skills from wushu, but an often overlooked aspect of the art is its wrestling elements, and Kingad showed just how good his ground technique was against Chinese National Wrestling Champion “The Southern Eagle” Ma Hao Bin.

Of course, the man from Baguio City flew at his opponent with rapid-fire punching combinations and kicks, but his strength on the mat against such an accomplished grappler really caught the eye as he hit takedowns, sweeps, and reversals to set up his ground and pound.

After 15 minutes, he thoroughly deserved his victory on the scorecards.

Tatsumitsu “The Sweeper” Wada came at Kingad with absolutely no fear last November, but the Team Lakay representative was ready for every attack the Japanese star launched.

When the DEEP Flyweight World Champion came forward with strikes, “The King’s” counters were on point, and when he took his back, the Filipino found an escape route to set himself up for more damaging blows on the floor.

Once again, all three judges in Manila favored the local hero when they rendered their verdict after three all-action rounds.

The bout that the 23-year-old won to book his place in the World Grand Prix semifinal was simply incredible. Neither he nor Senzo Ikeda paused for breath during a relentless 15 minutes of action.

The first round was contested at warp speed. Both athletes began by trading powerful strikes, but they quickly launched into a scramble-heavy battle on the ground.

In the second, both athletes seemed reluctant to slow down, as Kingad answered Ikeda’s hard punches with his round kicks. When one right hand landed flush, “The King” went to his wrestling again to initiate some more jaw-dropping attacks and reversals.

Somehow, both men still had the energy to go hard in the final five minutes, but Kingad was one step ahead of the Pancrase World Champion, and a big knee was his highlight of a big round that sealed another unanimous decision.

#1 Kingad Vs. Wakamatsu – ONE: CONQUEST OF HEROES 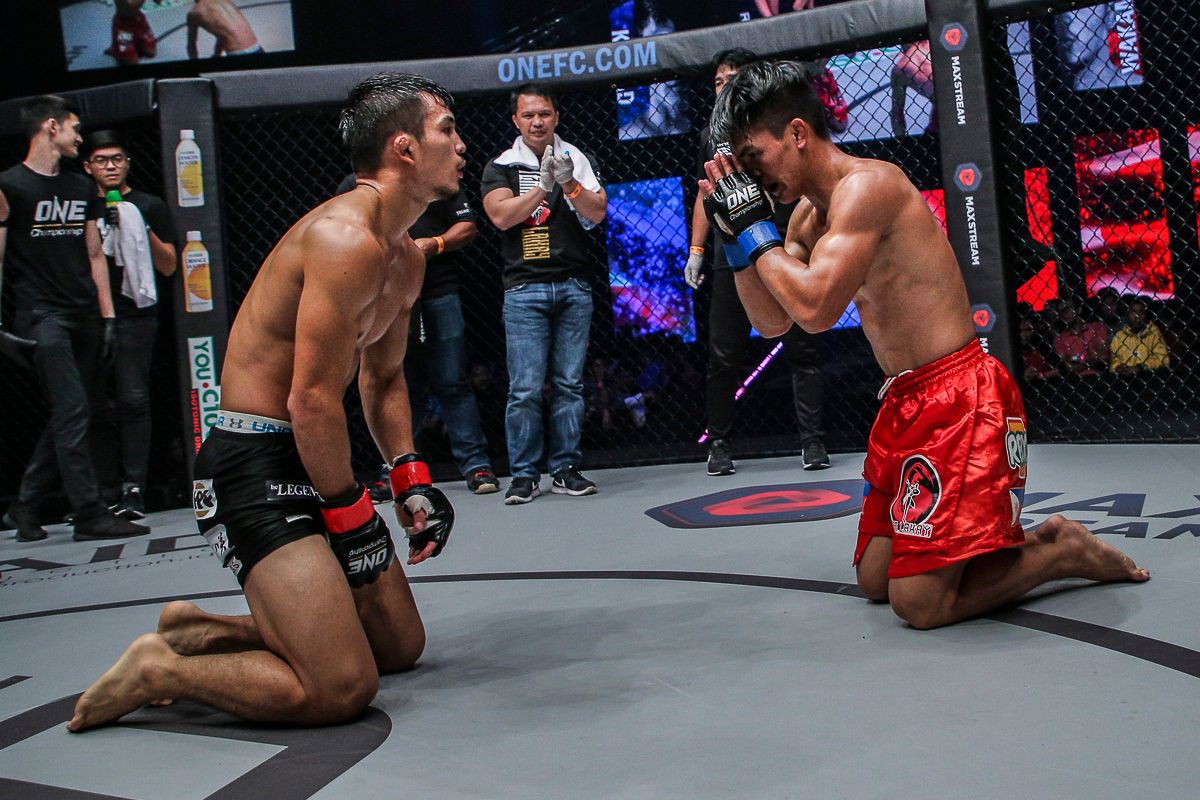 Last September, fans around the world saw a shining example of why The Home Of Martial Arts’ flyweight division may be the best in the world in yet another wild, but technical battle.

This match-up showed Kingad’s spirit more than any other as he was badly hurt by a huge right hand from Yuya “Little Piranha” Wakamatsu midway through the first round that would have finished many other competitors. However, he was back in the match-up before the bell.

Despite being hurt, “The King” did not back down from a stand-up war, and took the advantage in the second round with his kicking arsenal – including a spinning strike that sent his rival halfway across the Circle.

The final round saw a takedown-heavy approach as he attacked with submissions and strikes on the canvas, but he had to stay busy all the way until the end. Wakamatsu continued to threaten with his heavy hands throughout the stanza, but not enough to stop Kingad from taking another well-deserved unanimous decision.