Danny “The King” Kingad wanted to set the tone for his Team Lakay comrades Geje “Gravity” Eustaquio and Honorio “The Rock” Banario later in the evening, and he succeeded in his mission.

In his first match on Philippine soil since November 2017, Kingad drew loud cheers from the packed crowd at the Mall Of Asia Arena in Manila as he routed Japan’s Tatsumitsu “The Sweeper” Wada via unanimous decision at ONE: HERO’S ASCENT on Friday, 25 January.

However, it was no walk in the park for the 23-year-old native of Baguio City.

In the opening moments of the first round, he found himself in trouble after being tagged by Wada’s hard straight right and lashing leg kicks.

Although “The Sweeper” rushed in for a takedown and secured the Filipino’s back at one point, Kingad relentlessly scrambled to try and escape.

That led to multiple reversals, but the Team Lakay standout eventually got his rival’s back, put in his hooks, and tried locking up a rear-naked choke.

Wada did not remain stuck in that position for long, however. He continued to scramble and, eventually, both men returned to their feet and traded kicks until the bell sounded to end round one. 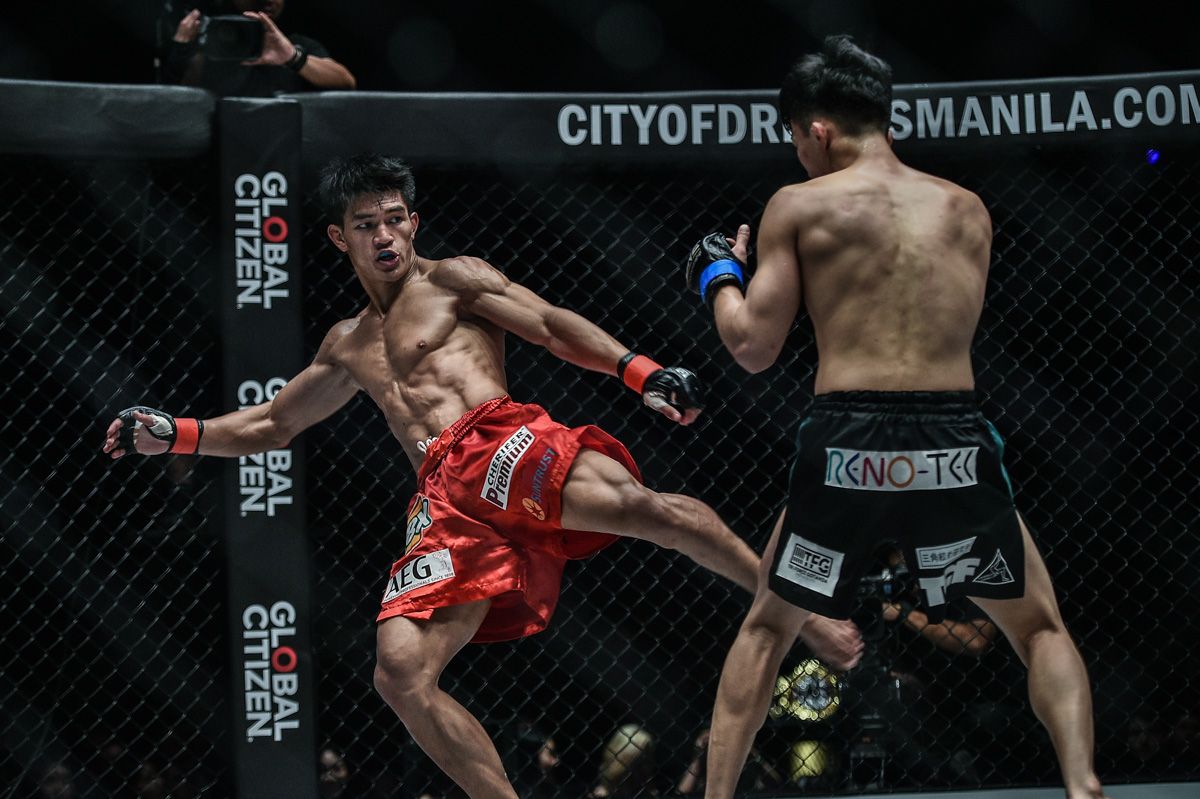 Kingad continued throwing kicks in the second frame, timing his powerful strikes and attacking his adversary to the legs and body.

The 30-year-old Tokyo native seemed unaffected by his opponent’s strikes and pressured him towards the cage.

Wada rushed in for a takedown, flung knees to Kingad’s head, and threatened with various submissions as he methodically transitioned to his adversary’s back. He sunk in his hooks and desperately tried to lock up a rear-naked choke.

He tried softening up “The King” with punches, but the Filipino was able to reverse the position to end the round on top of “The Sweeper.” 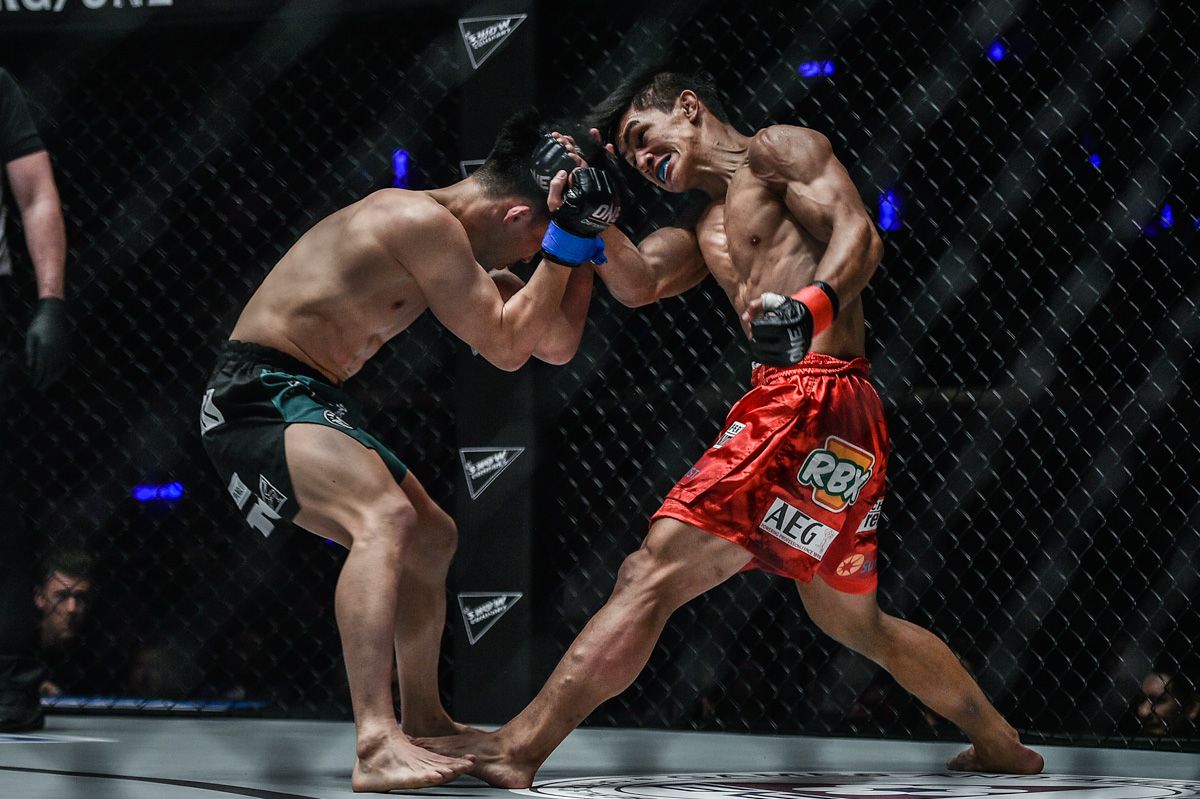 With the flyweight contest up for grabs in the third and final round, Kingad exhibited his fluid striking. He repeatedly hammered Wada with stinging hooks before rattling the Japanese competitor with kicks to the body.

Despite Kingad’s offense, Wada did not go down easily and, as he did in previous rounds, he rushed in for a takedown. The Filipino reversed the position, pressed his opponent against the cage, and came close to completing the takedown of his own.

“The Sweeper,” however, avoided being taken to the mat by throwing elbows to “The King’s” head. A few of those elbows were illegal, and referee Olivier Coste stopped the action to give the local hero some time to recover.

Once the bout resumed, they traded strikes until Wada hit another takedown. He transitioned to Kingad’s back and following a brief scramble, he was able to sink in his hooks. The Filipino powered out of the position, however, and the two kept reversing each other’s last-ditch finishing efforts until time finally expired. 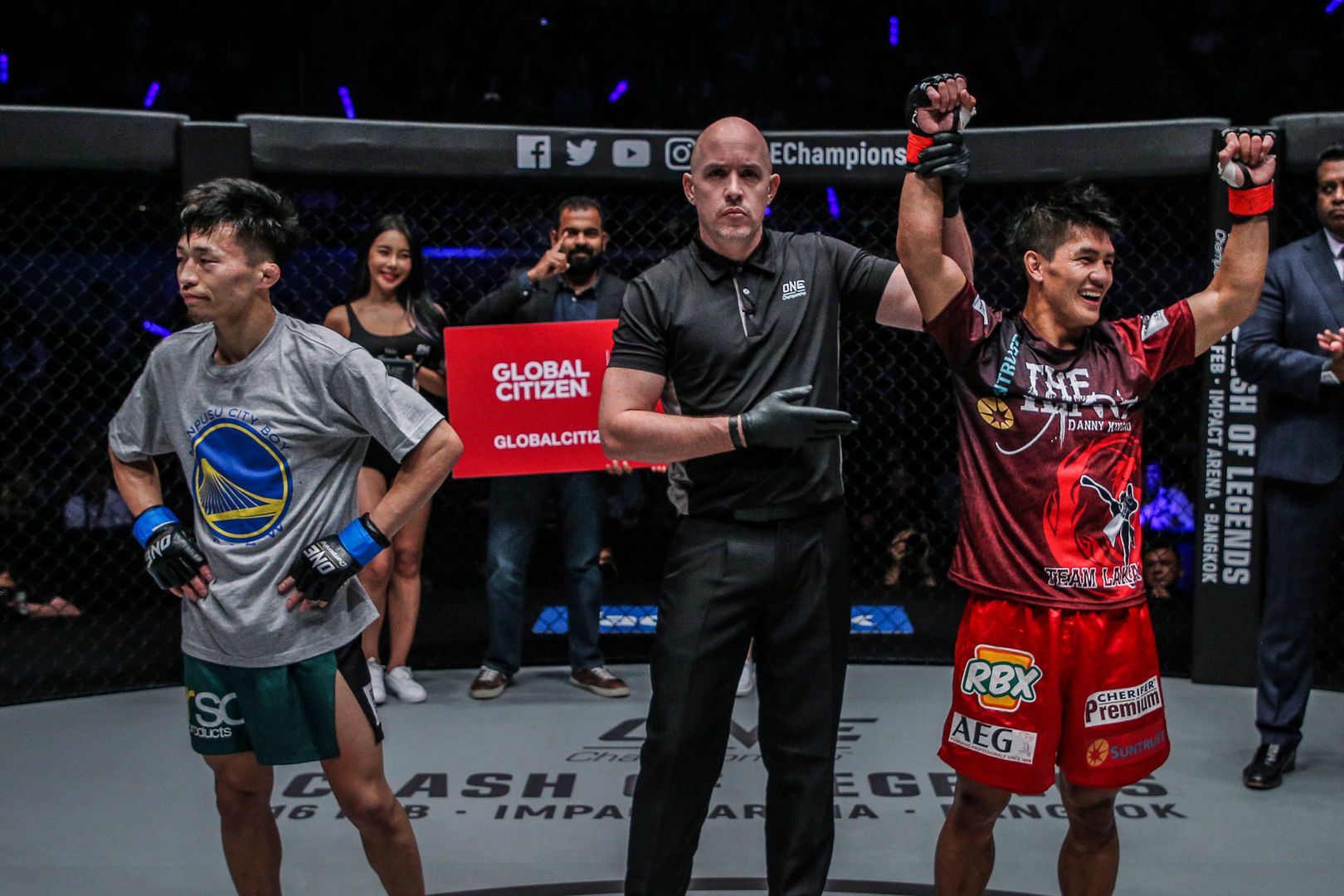 Ultimately, the three judges who sat cageside awarded the victory to Kingad.

The win improved the home favorite’s record to 12-1, and earned him a spot in the ONE Flyweight World Grand Prix.