It was a thriller in Manila for hometown favorite Danny Kingad, but he still needed the full 15 minutes to remain undefeated as a professional.

Even though he had the full support of a packed Mall of Asia Arena, there was no time for Kingad to relax and soak in the adulation. His opponent “Jungle Cat” Muhammad Aiman provided a stiff challenge for the Team Lakay youngster at ONE: KINGS OF DESTINY, but he was able to pull away with the unanimous decision victory in this epic flyweight showdown.

Kingad briefly felt the sting of Aiman’s strikes in the first round, due to an errant kick to the groin that caused a brief halt in the action. Once the Team Lakay flyweight recovered, however, he responded with a hard knee to the body of Aiman and a takedown straight to side control, causing the partisan crowd to erupt. Throughout the first and second round, Kingad’s strategy paid dividends, as he took Aiman, an amateur MMA champion in Malaysia, to the canvas any time he scrambled to the feet. What’s more, he occasionally outmuscled Aiman with throws that were as much pure strength as technique. Once Kingad put the 22-year-old Malaysian on his back, the Filipino would capitalize with elbows and knees once he had the “Jungle Cat” flat on his back.

Aiman’s lone hope in the three-round bout was a last-ditch triangle choke off his back in the third. Kingad stayed calm as the Malaysian refused to let go, causing referee Yuji Shimada to call for action even as Aiman desperately tried to find a submission. The Baguio City resident popped his head free with 33 seconds left, however, and the fans erupted with joy as he unloaded on Aiman with a barrage of hammer fists. 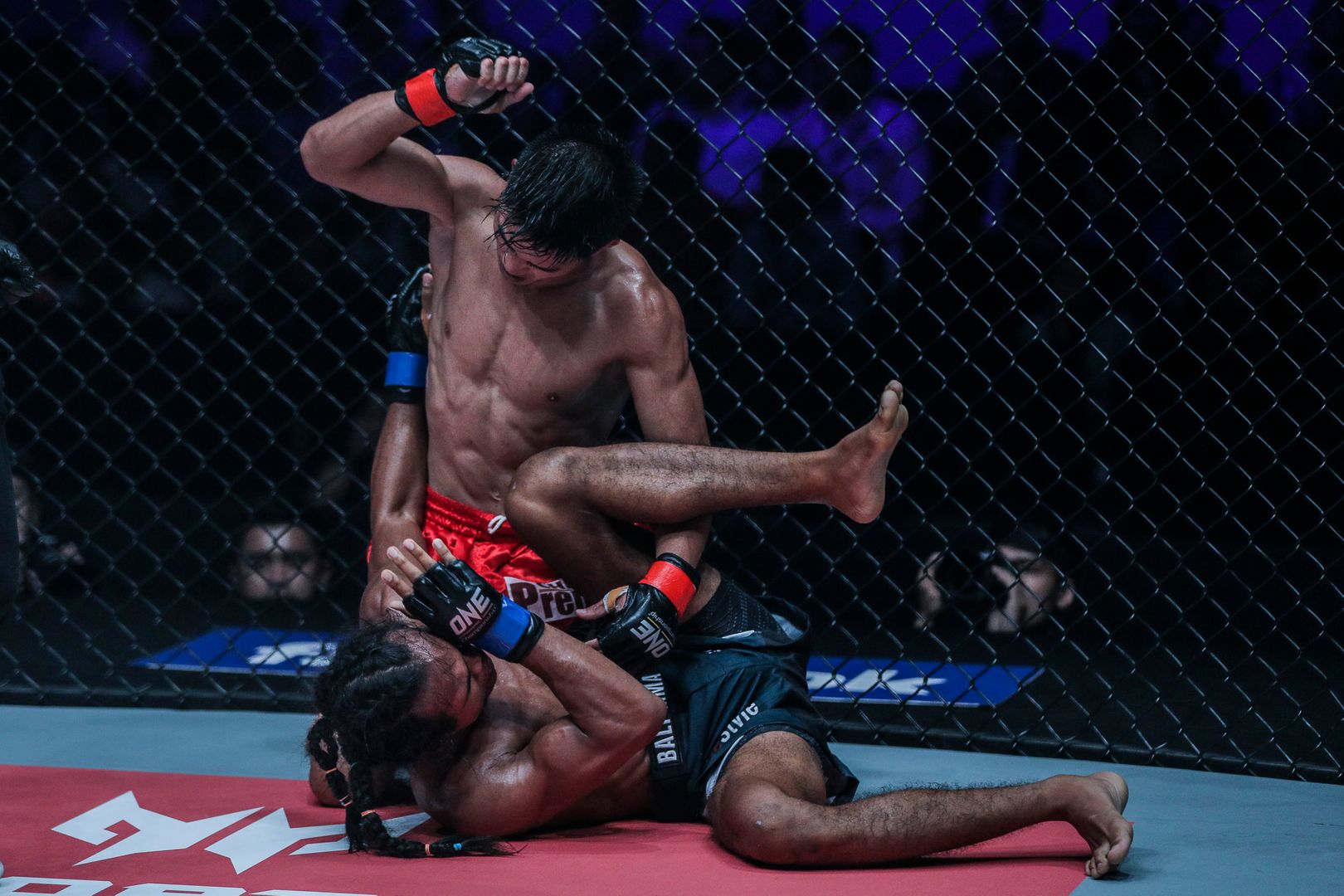 The decision was left in the hands of the three judges at cageside, and all three of them returned a unanimous decision verdict in favor of Kingad. The hungry 21-year-old flyweight improves to 5-0, and sets the tone for his future in ONE Championship. Aiman, meanwhile, falls to an even 2-2.