“ONE on TNT I” got the groundbreaking U.S. prime-time event series off to an explosive start, and the second edition looks set to deliver more jaw-dropping action.

On Wednesday, 14 April, “ONE on TNT II” will feature five massive bouts across mixed martial arts and ONE Super Series Muay Thai, with everything from exciting rising stars to established World Champions scheduled to compete.

Here are five big reasons why fans should tune in to catch the action.

Christian “The Warrior” Lee will put his ONE Lightweight World Championship on the line against Russian slugger Timofey Nastyukhin – and their matchup is almost certain to be a rip-roaring battle for as long as it lasts.

Lee enjoyed a banner year in 2019 – capturing the divisional gold along with the ONE Lightweight World Grand Prix Championship – and his dominance has continued ever since. Meanwhile, Nastyukhin’s own path of destruction put the hard-hitting stars on an inevitable collision course.

With a combined 24 finishes on their resumes, the World Champion and challenger are capable of winning at any moment, and their well-rounded games mean the finish can come in any range.

“The Warrior” dispatched his last World Title challenger via TKO after just 2:19 of the first round, though the hard-as-nails Nastyukhin should be his toughest test yet.

Before they even stand across from each other in the Circle, this bout has all the makings of a classic.

It’s a testament to Janet “JT” Todd’s humility that she is happy to work her way back up the ladder toward the Muay Thai gold in ONE Super Series. The ONE Atomweight Kickboxing World Champion does not want to skip any contender as she aims for her second belt on the global stage.

After taking out #4-ranked contender Alma Juniku last time out, “JT” could have used her gold in the kickboxing ranks to justify a quicker championship battle in “the art of eight limbs,” but instead, she is determined to earn her way past #3-ranked Anne “Ninja” Line Hogstad.

Todd’s current form is incredible, with five straight wins since her debut loss to Stamp Fairtex for the inaugural ONE Atomweight Muay Thai World Title. But Norway’s Hogstad will surely test the American with a sharp all-around game that she also used to defeat Juniku.

There’s plenty to gain for “Ninja,” as she could jump up the ranks and steal her rival’s momentum in the biggest match of her career. There’s no doubt that both Muay Thai athletes will leave everything in the Circle when they do battle in 4-ounce mixed martial arts gloves.

Shinechagtga Zoltsetseg earned four wins in “Rich Franklin’s ONE Warrior Series” before signing his ONE Championship contract, but he showed that he was worth the wait by blasting through Ma Jia Wen in just 55 seconds.

Next, the Mongolian will take another step up the ladder, as he faces fellow heavy-hitter Yoshiki Nakahara.

The Zorky’s MMA product has scored four of his last five wins by KO – with three coming in the opening frame – while both of Nakahara’s victories on the global stage have been stoppages.

Zoltsetseg is one of the most promising graduates from ONE’s developmental league, and he could quickly work his way into the upper echelon of the featherweight division with another impressive performance.

However, his Japanese foe is riding high after a stunning victory at ONE: FISTS OF FURY II back in March, and he also has a top-five ranking in his sights.

Whichever man connects first with their concussive punches could put themselves on track to face the division’s leading man later in 2021.

The bantamweight ranks could get shaken up at “ONE on TNT II” if Shuya “Stealth” Kamikubo adds to his flawless ONE record against Mitchell “Mama’s Boy” Chamale.

Kamikubo has won four straight bouts in The Home Of Martial Arts, but the emergence of stars like John “Hands Of Stone” Lineker and Fabricio “Wonder Boy” Andrade have edged him out of the division’s top five.

The Japanese phenom certainly has the skill set to cause problems for any of his peers, and a decisive win would throw his name right back in the mix with the top dogs.

Meanwhile, promotional newcomer Chamale is entering this fight with a point to prove. The submission specialist has finished all of his victories to date, but the level of competition has dramatically risen for the Guatemalan-American.

For Kamikubo, it’s a chance to stretch his streak further and work his way into the World Title picture. For Chamale, it’s a huge opportunity to make a name for himself in front of an international audience. 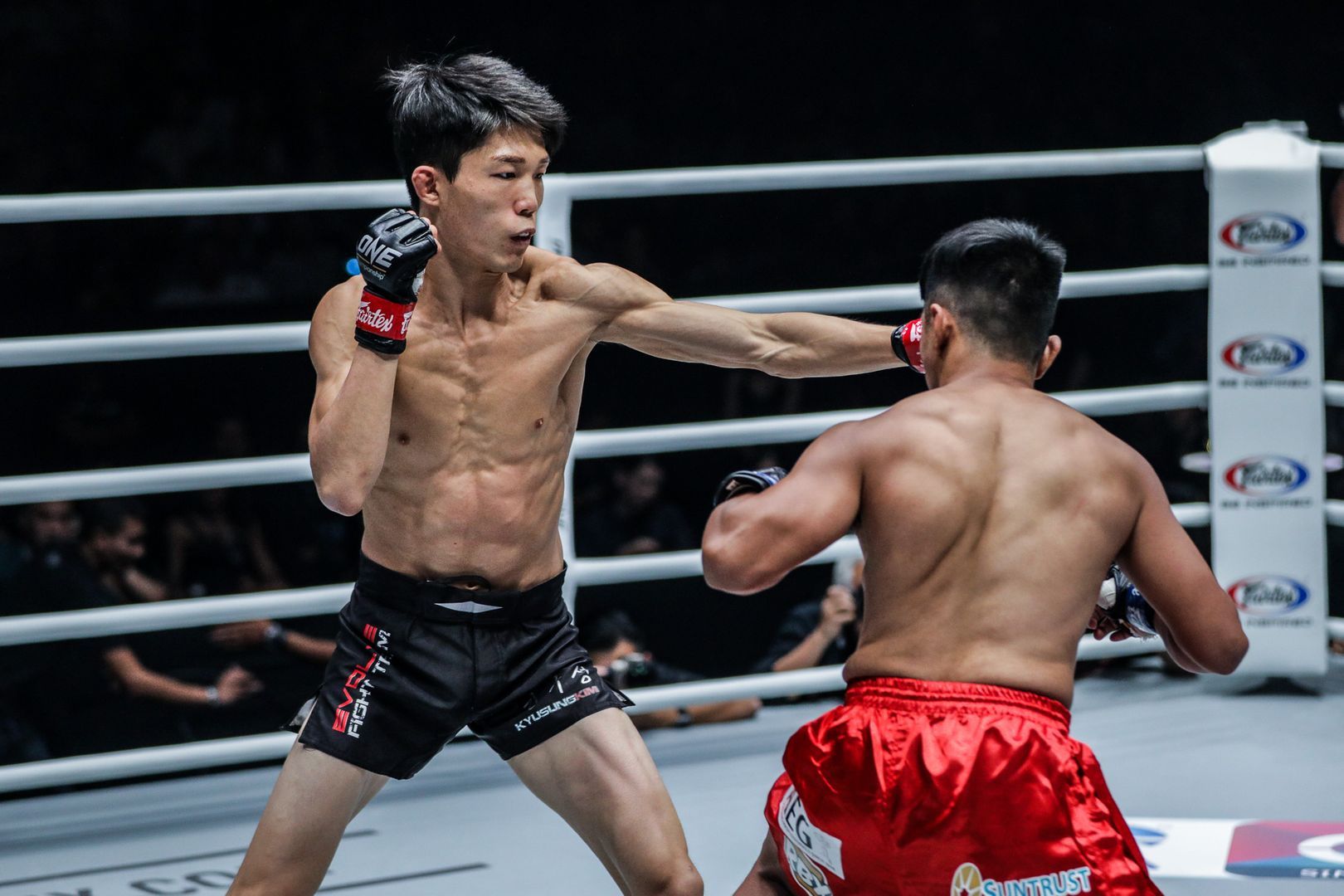 Though it will come under mixed martial arts rules, the matchup between Kim Kyu Sung and “Little Whirlwind” Wang Shuo will be a clash of strikers.

Kim has an impressive 15-3 kickboxing slate to go along with his mixed martial arts resume. And despite being the tallest flyweight in ONE, he is not afraid to box in close quarters and owns tremendous power that he’s used to KO six opponents.

Wang is returning to ONE after an unsuccessful pro debut six years ago. In the interim, he went back to dominate the Asian scene, where he picked up regional titles and an impressive 12-4 record. Now, he’ll be looking to prove he’s ready for the big show.

The South Korean likes to come forward aggressively, while “Little Whirlwind” will welcome the offense with his powerful counters.

There’s no doubt both men will try to show their dominance in the stand-up game – and that should lead to a thrilling battle.