The hard-hitting Japanese star knocked out his Kyrgyz rival in the first round of their featherweight mixed martial arts encounter at the previously recorded event inside the Singapore Indoor Stadium on Friday, 5 March. 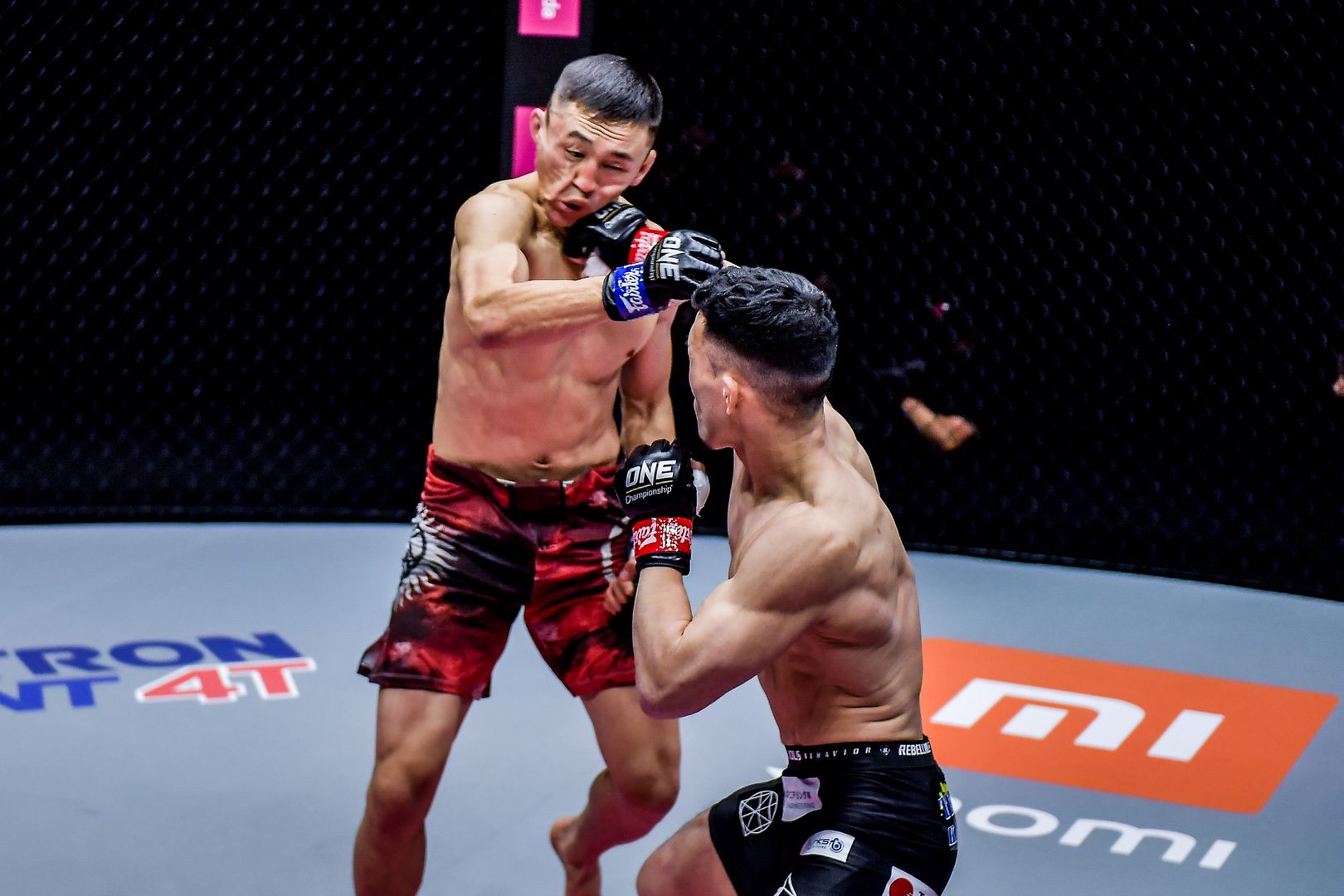 The bout got off to a tentative start, as each man respected the other’s ability to end a contest in an instant. Nakahara stuck out his jab, while the debuting “Snow Leopard” – who entered the Circle with a 12-0 slate – feinted and probed to try to find an opening.

Uulu then used his long frame to find the first telling shots, as he connected with an accurate jab-cross and followed up with a right knee-right punch combination. Feeling its success, the Ak-Bars Team representative doubled up again with a right kick and right punch.

However, Nakahara was simply absorbing information until it was his turn to fire back, and he closed the distance on his taller foe with a hard straight left. 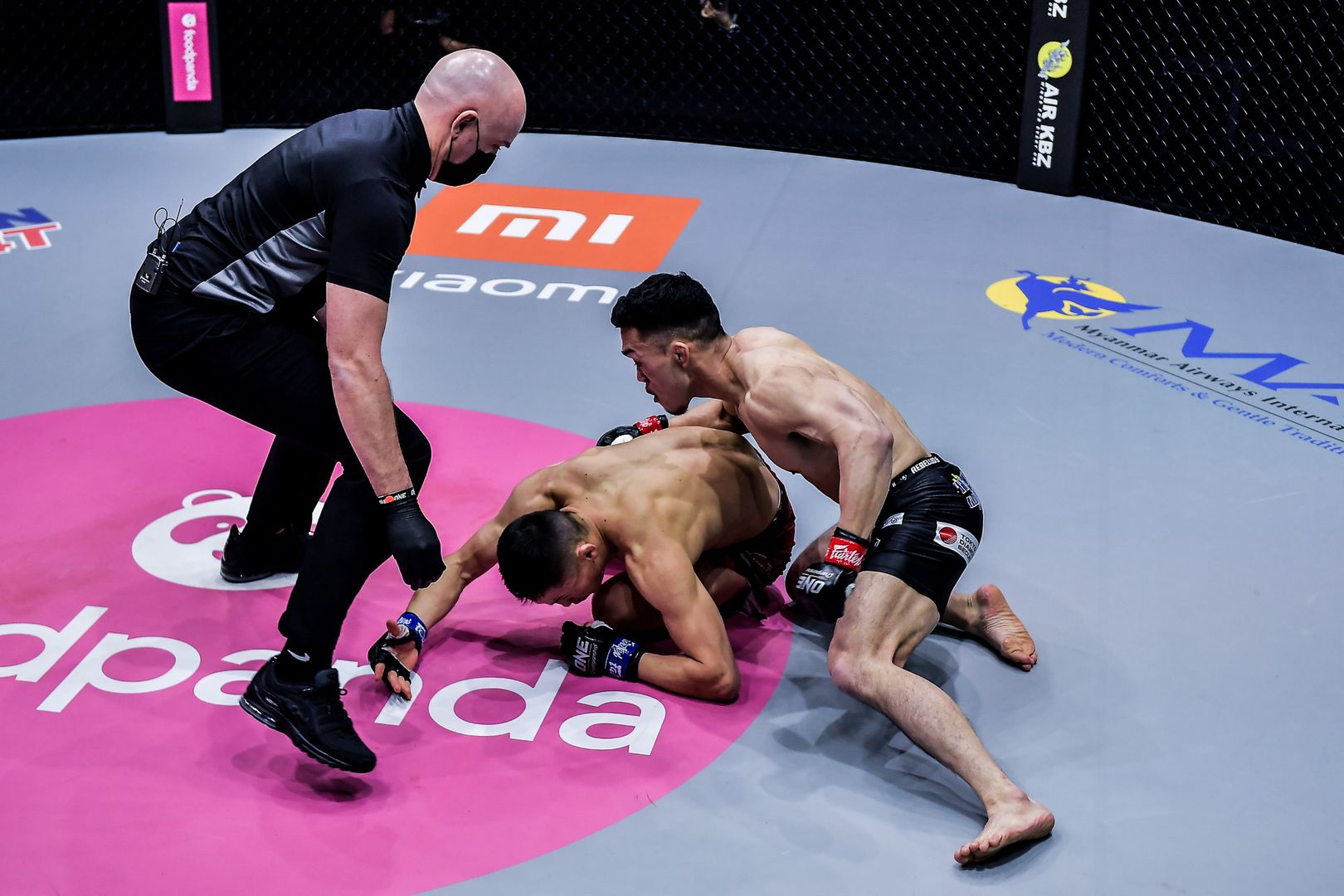 Undeterred, Uulu lunged in with a looping right hand, but his footwork could not catch up with his aggression, and he found himself overextended. Nakahara slid slightly out of range and then took advantage of his unbalanced foe with a thudding lead hook counter.

The Mach Dojo man’s right fist plowed into “Snow Leopard’s” chin, and the Naryn native fell forward onto the canvas. Uulu briefly tried to grab hold of his rival’s leg, but Nakahara stepped free and dropped a hard hammerfist on his dome.

With Uulu dazed, Nakahara let rip with a volley of left hands that prompted the referee to dive in and wave off the contest after just 90 seconds of action. 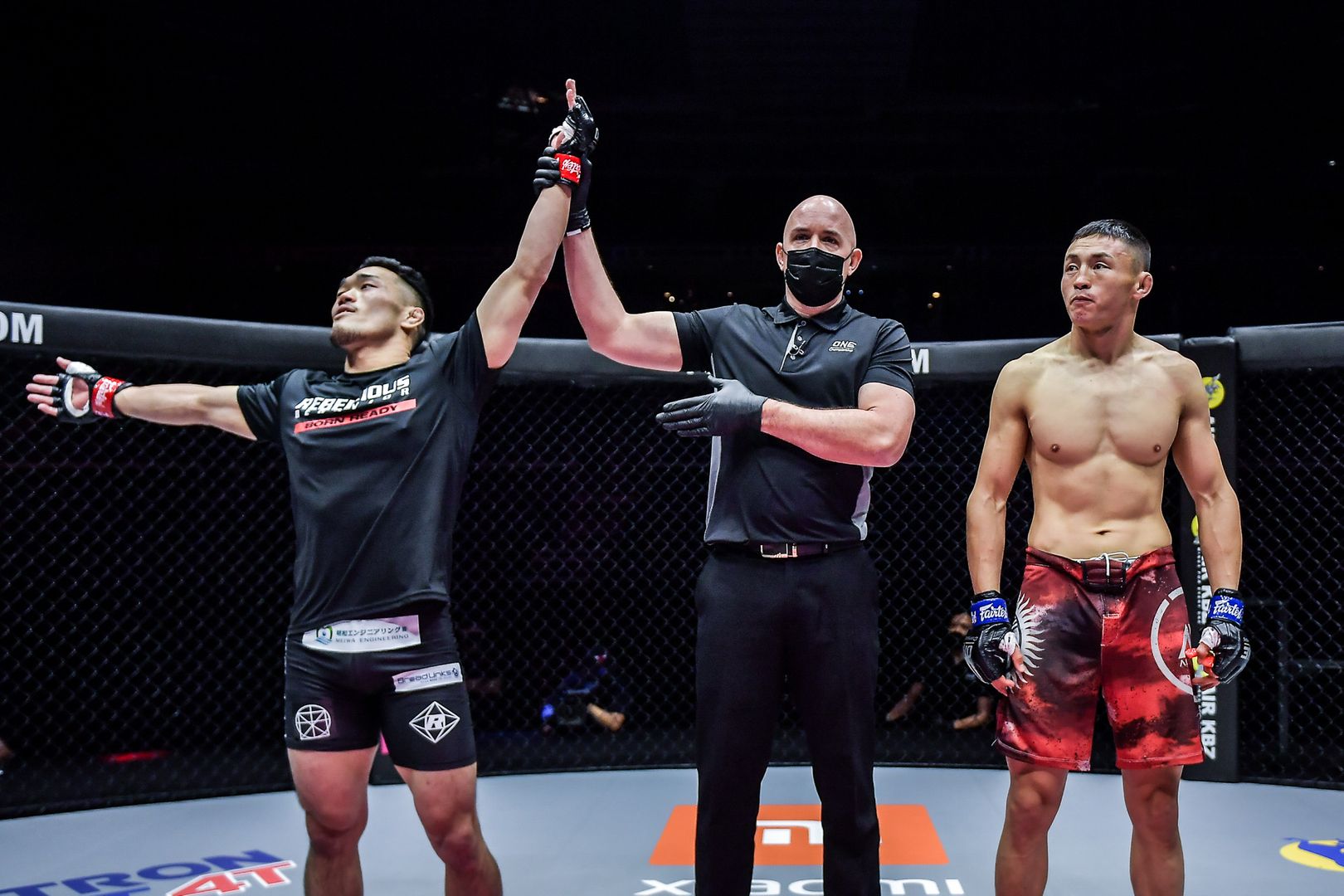 With his second knockout win in The Home Of Martial Arts, the Tokyo resident pushed his record to 14-5 and edged closer to a spot in the talent-stacked featherweight rankings.