Brazil’s Adriano “Mikinho” Moraes (17-2) is an incredible ambassador for the sport of mixed martial arts.

The ONE Flyweight World Champion embodies all of the values expected of a true martial artist. The skills and athleticism he possesses are just as impressive, carrying him to two World Title reigns.

For his next assignment, he will face ONE Interim Flyweight World Champion Geje “Gravity” Eustaquio (10-6) at ONE: PINNACLE OF POWER on Saturday, 23 June in Macau.

Not all Brazilian jiu-jitsu black belts are created equal. Some excel exclusively in the gi. Others can translate their skills to no-gi competition, yet struggle when they transition into mixed martial arts bouts.

Moraes, however, can do it all.

He is a BJJ black belt under Ataíde Junior and a NAGA No-Gi Pro Division Champion – proving his fundamentals are at an elite level.

When he goes beyond strict grappling competition, he excels at applying his abilities inside the cage. He has shown he is capable of controlling anyone on the mat.

What’s more, nine of his 17 career wins have come via submission, including two of his most important contests – his world title-winning efforts against Eustaquio in September 2014, and Tilek Batyrov in August 2016.

A sensational flying knee from the BJJ ace, Adriano Moraes!

Posted by ONE Championship on Monday, June 4, 2018

Clearly, Moraes does not rest on his grappling laurels.

With a foundation of capoeira he studied in his youth, he has more than enough confidence to stand with striking specialists.

The Constrictor Team product is comfortable going forward and instigating an attack with punches, kicks, and knees. He is also capable of reacting quickly, and dealing decisive damage with counter strikes.

“Mikinho” recently said he has devoted more time to developing his stand-up game, and it has shown. In his last match-up, he faced Philippine wushu champion Danny “The King” Kingad, but would not let him impose his striking game.

Moraes comfortably managed distance, and struck a decisive blow after catching one of Kingad’s kicks and blasting him with a right hand. That led to a grappling exchange that would spell the end of the contest.

#3 The Resilience For Recovery 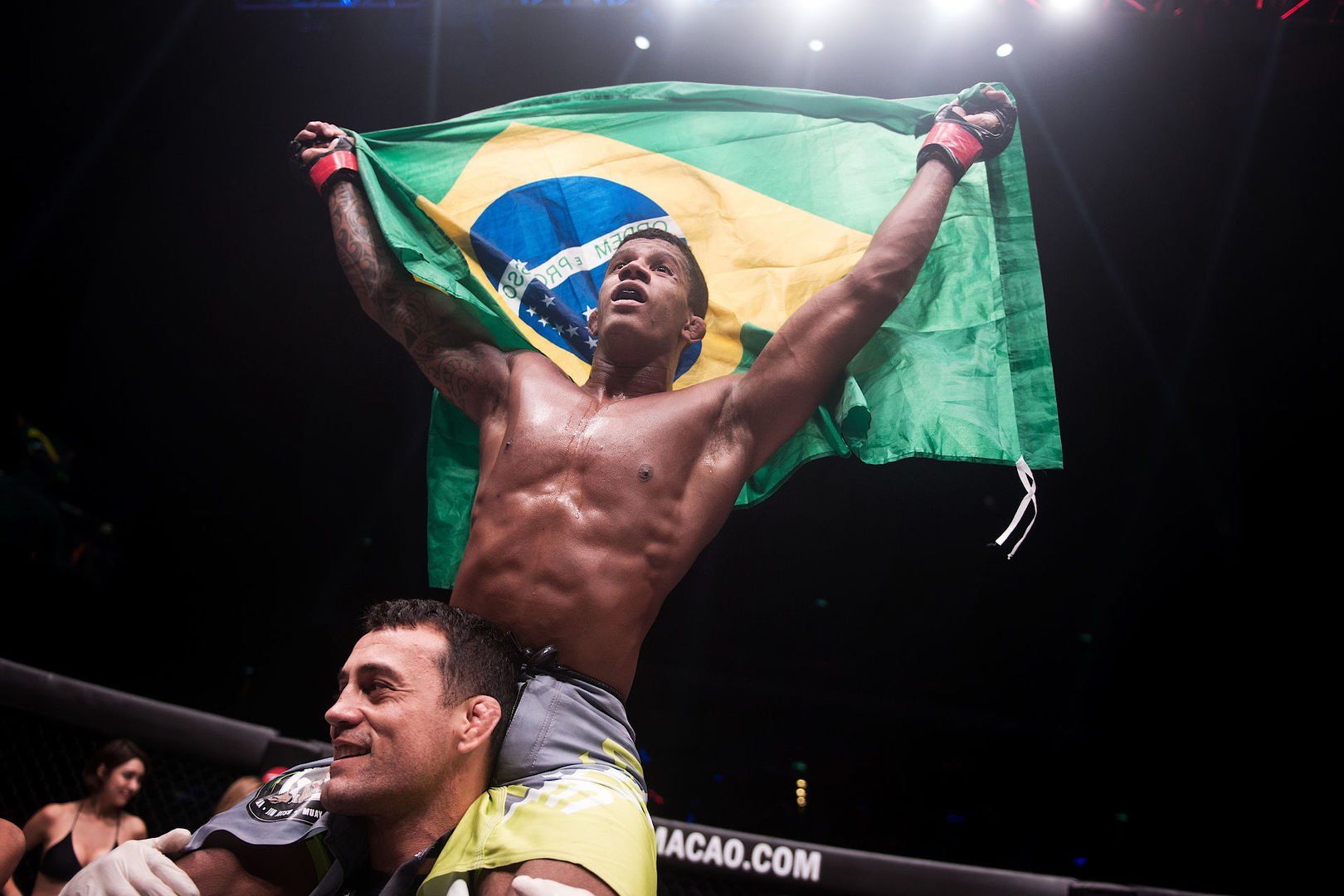 You can tell a lot about a person based on how they handle adversity. When Moraes has faced a setback in his career, he has always shown the character to come back stronger.

After “Mikinho” was defeated in his ONE debut in November 2013 – a narrow split-decision against Yusup Saadulaev – he made sure that would be seen as just a bump in the road.

He came back as a better competitor the following year — recording three consecutive submission victories — and captured the inaugural ONE Flyweight World Title against Eustaquio.

History repeated itself when Moraes lost his belt to Kairat “The Kazakh” Akhmetov in November 2015.

The Brazilian was determined to return to action as soon as possible and reclaim the title, and in his first bout back, he survived a huge knee from Eugene Toquero before submitting him at the end of round one.

Moraes would claim the ONE Interim Flyweight World Title in his next contest against Batyrov, before finally getting his rematch with Akhmetov in August 2017 to regain the undisputed ONE Flyweight World Championship.

#4 Whatever It Takes To Win 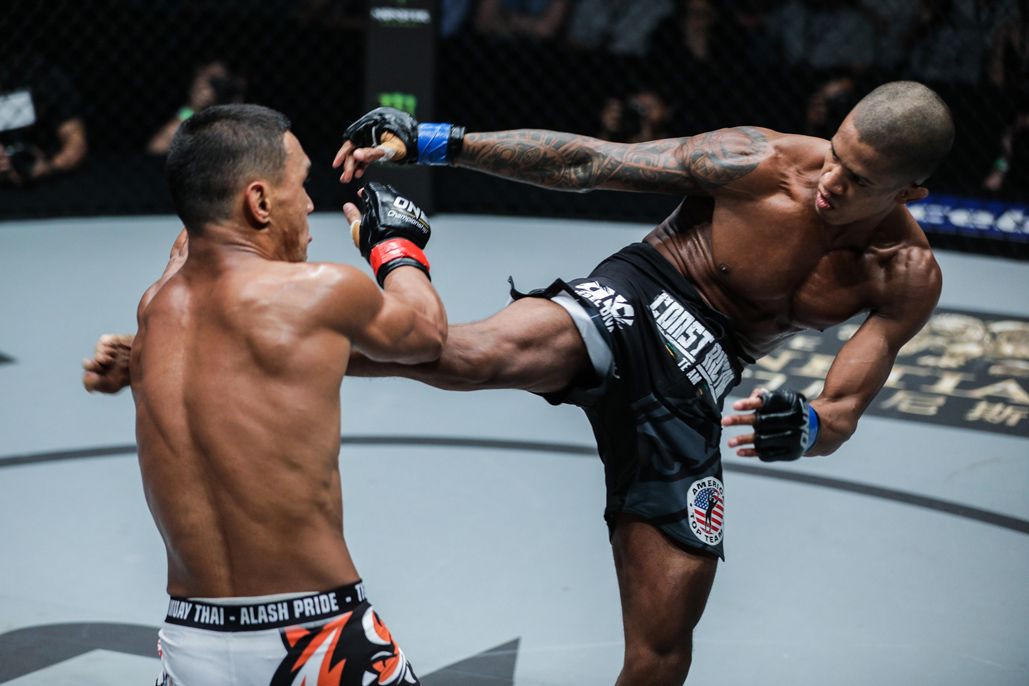 A key part of Moraes’ World Title redemption story was the huge adjustment he made to his life.

Recognizing the need to change his lifestyle and training following his loss to Akhmetov, he relocated from Brazil to the United States.

By making the switch to Florida, he found himself among a huge stable of world-class athletes and coaches at American Top Team, which helped him take his skills to the next level.

Though he missed his home and his loved ones, “Mikinho” was also removed from some of the distractions that could have stolen his attention. In Florida, he was afforded the opportunity to concentrate on his bout preparations with peace of mind.

Ever since making the move in early 2016, Moraes has looked better and better in every contest, proving his sacrifice has paid off.

#5 A Role Model For Everyone 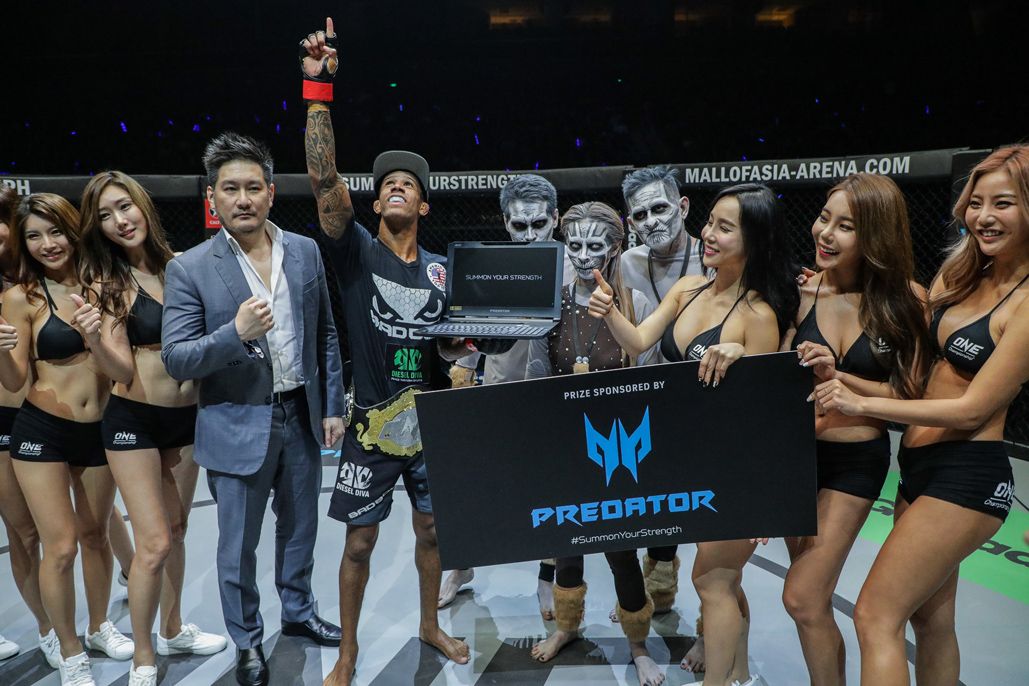 It is almost impossible not to be inspired by Moraes’ life story.

He reformed his ways after flirting with gang life as a youth, and found a virtuous path to prosperity through martial arts.

As a World Champion, he carries himself with dignity, and gives every opponent respect before and after he competes against them – in victory or defeat.

The Brazilian is also committed to finding a way to make sure the next generation of martial artists has the resources to follow in his footsteps. He set up his charity, Instituto Arte Suave (Gentle Art Institute), to provide children in Brazil’s favelas with the equipment needed to train jiu-jitsu.

Moraes’ aim is for them to take the lessons they learn from the martial art – its values and techniques – to change their lives for the better.