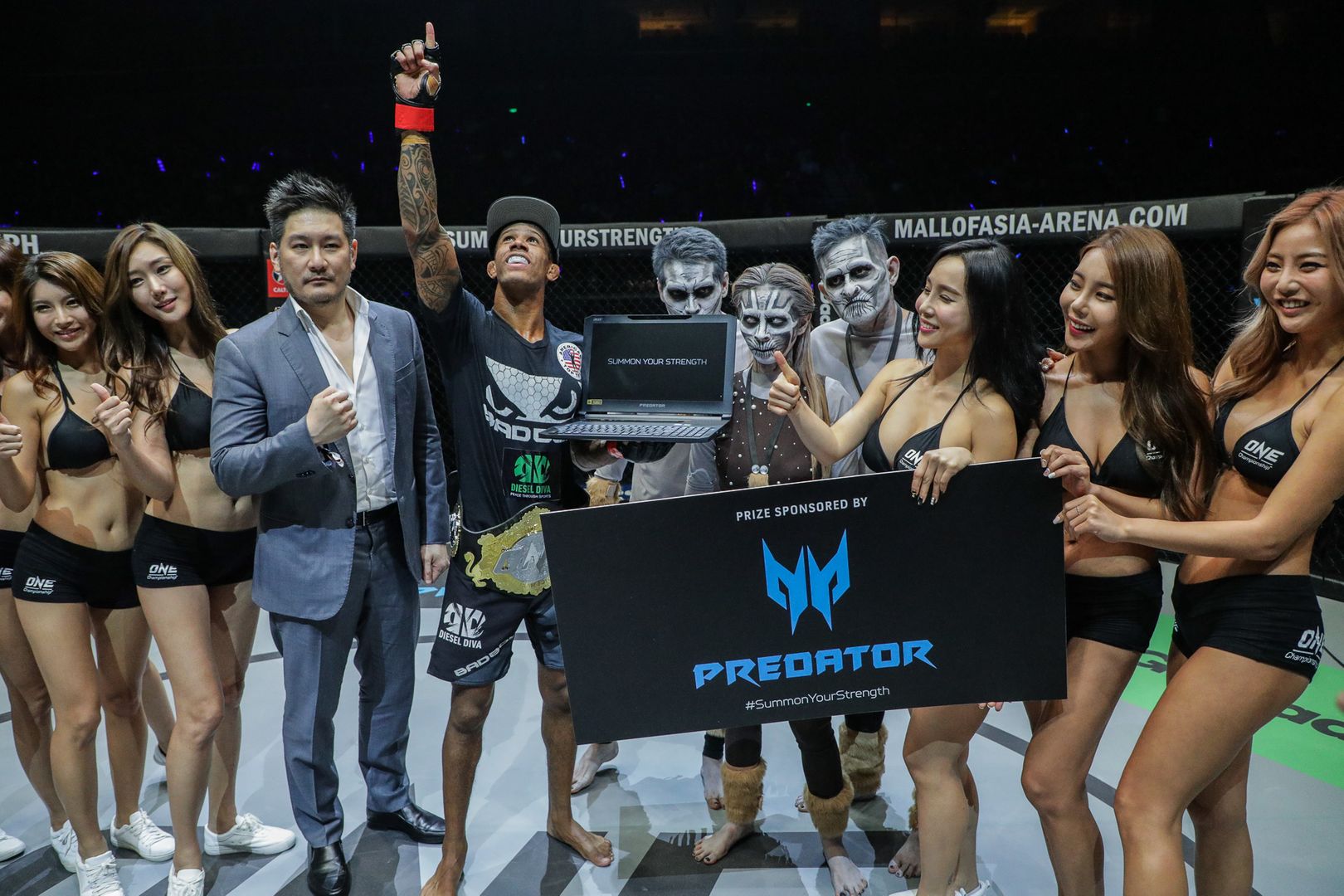 With the ONE Flyweight World Championship on the line, the crowd at the Mall of Asia Arena in Manila, Philippines, were rightfully at fever pitch.

After all, one of their own countrymen, Danny “The King” Kingad, was challenging dominant ONE Flyweight World Champion Adriano “Mikinho” Moraes at ONE: LEGENDS OF THE WORLD on Friday, 10 November. 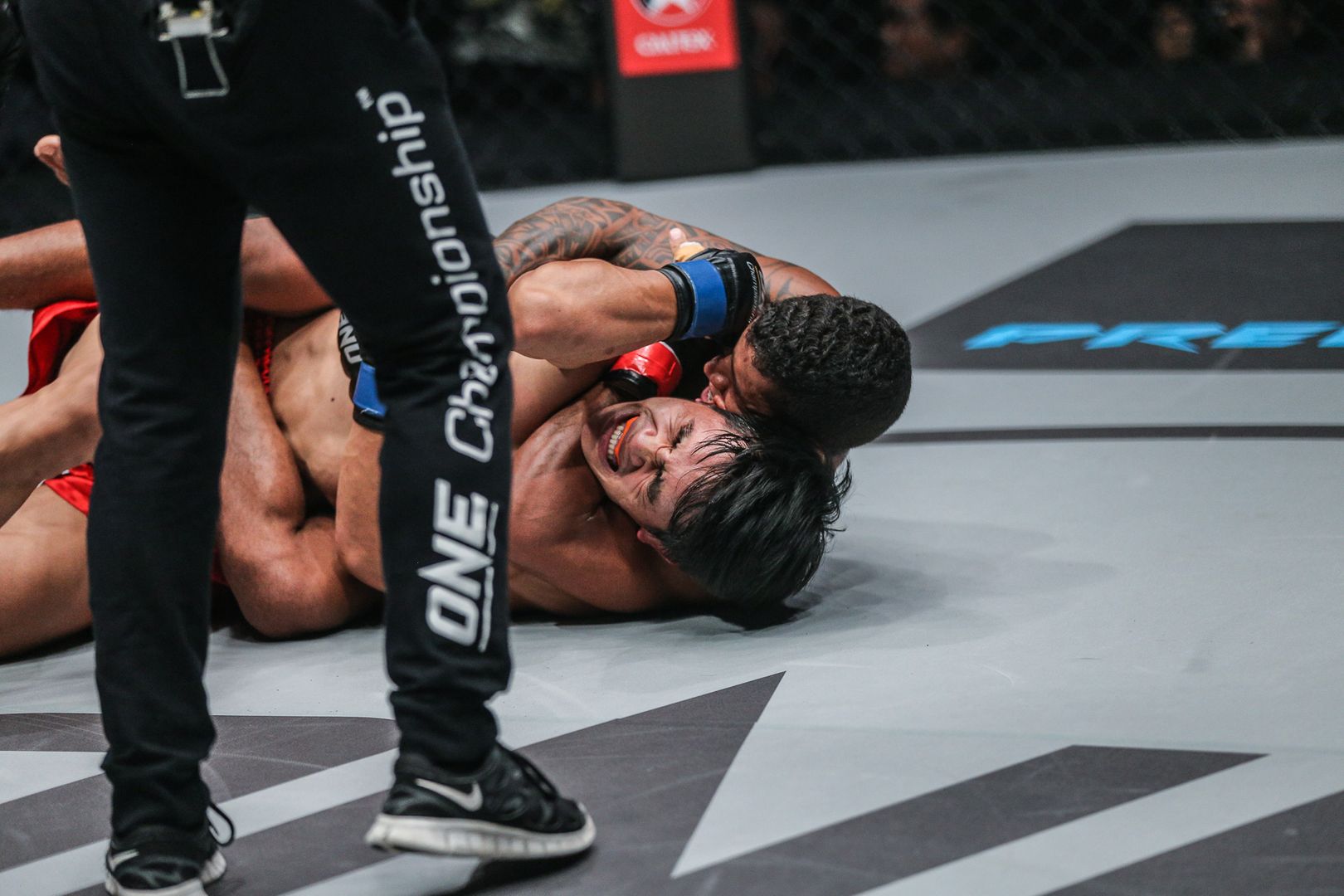 Unfortunately for the Filipino fans, it was not to be the home favorite’s night, as he suffered his first defeat at the hands of the Brazilian via first round rear-naked choke.

Both men were understandably tentative at the start of the bout, with so much at stake and the margins for error so small at that level. Kingad pressed more of the action with his powerful wushu kicks, but Moraes’ strategy was perfect, as he eventually caught a low kick and tumbled the Team Lakay standout to the mat.

The ground is Moraes’ world, and once there, he showed why. The BJJ black belt passed Kingad’s guard and controlled him from top position, biding his time for the right opportunity. As “The King” found the tiniest bit of space to get up to his knees, Moraes was one step ahead, and used it to secure the back control position he is renowned for. 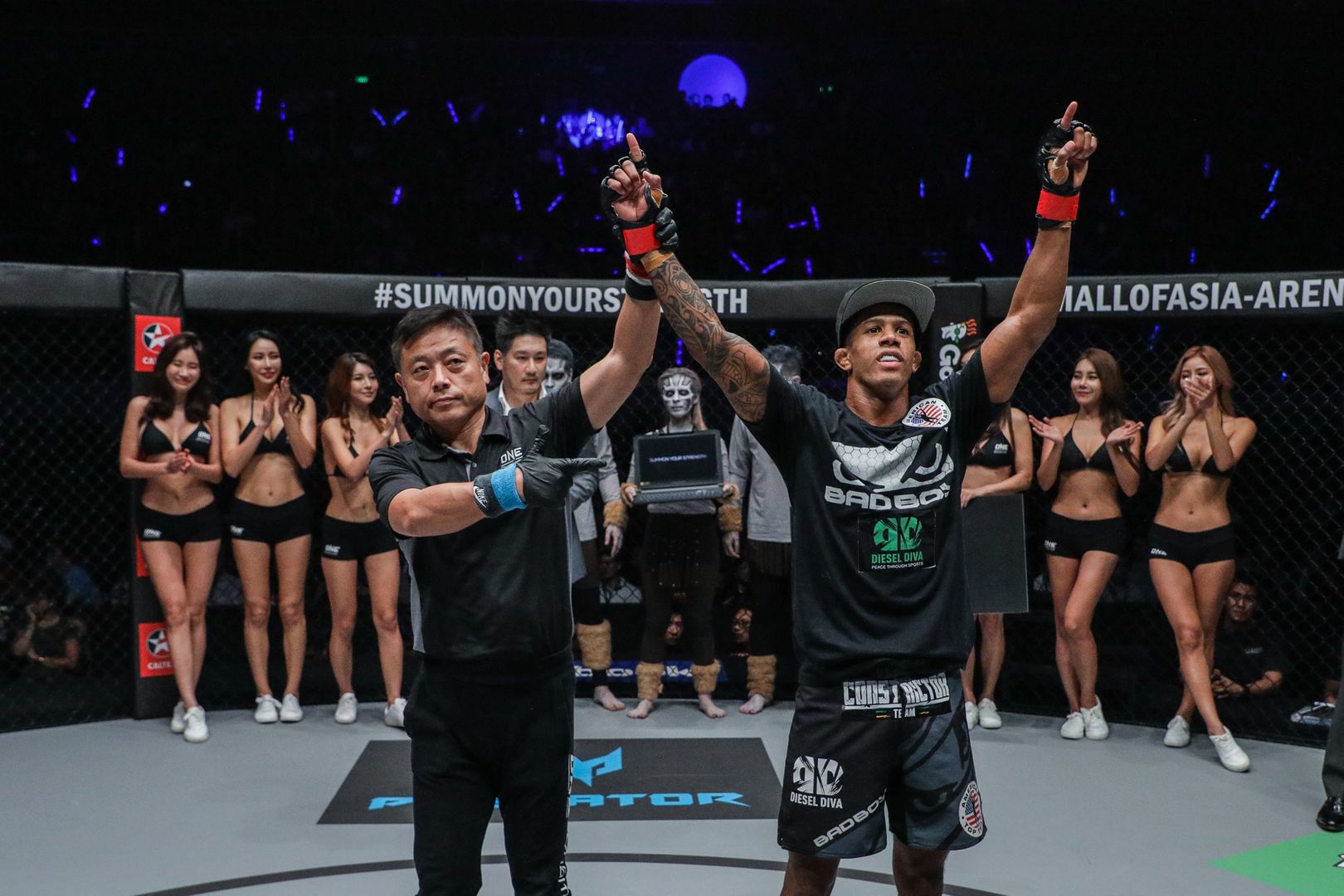 From there, Kingad bravely defended, but Moraes would not be deterred. “Mikinho” slid his arm under Kingad’s neck and showed off his world-class submission skills by slowly squeezing the will out of the challenger until the tap came.

At 17-2, Moraes is now truly one of the promotion’s biggest stars. It was a stellar title defense, though he was quick to credit his young opponent for his efforts.

“This night was amazing for me,” he said in a post-match interview with broadcast commentator Mitch Chilson. “Danny, you have a big future, but now is my time.”

Kingad suffers his first career loss and drops to 8-1. But at 22-years-old, it is unlikely to be the only title match we see the up-and-coming Filipino superstar take part in.