5 Massive Questions Ahead Of ONE On Prime Video 1: Moraes vs. Johnson II 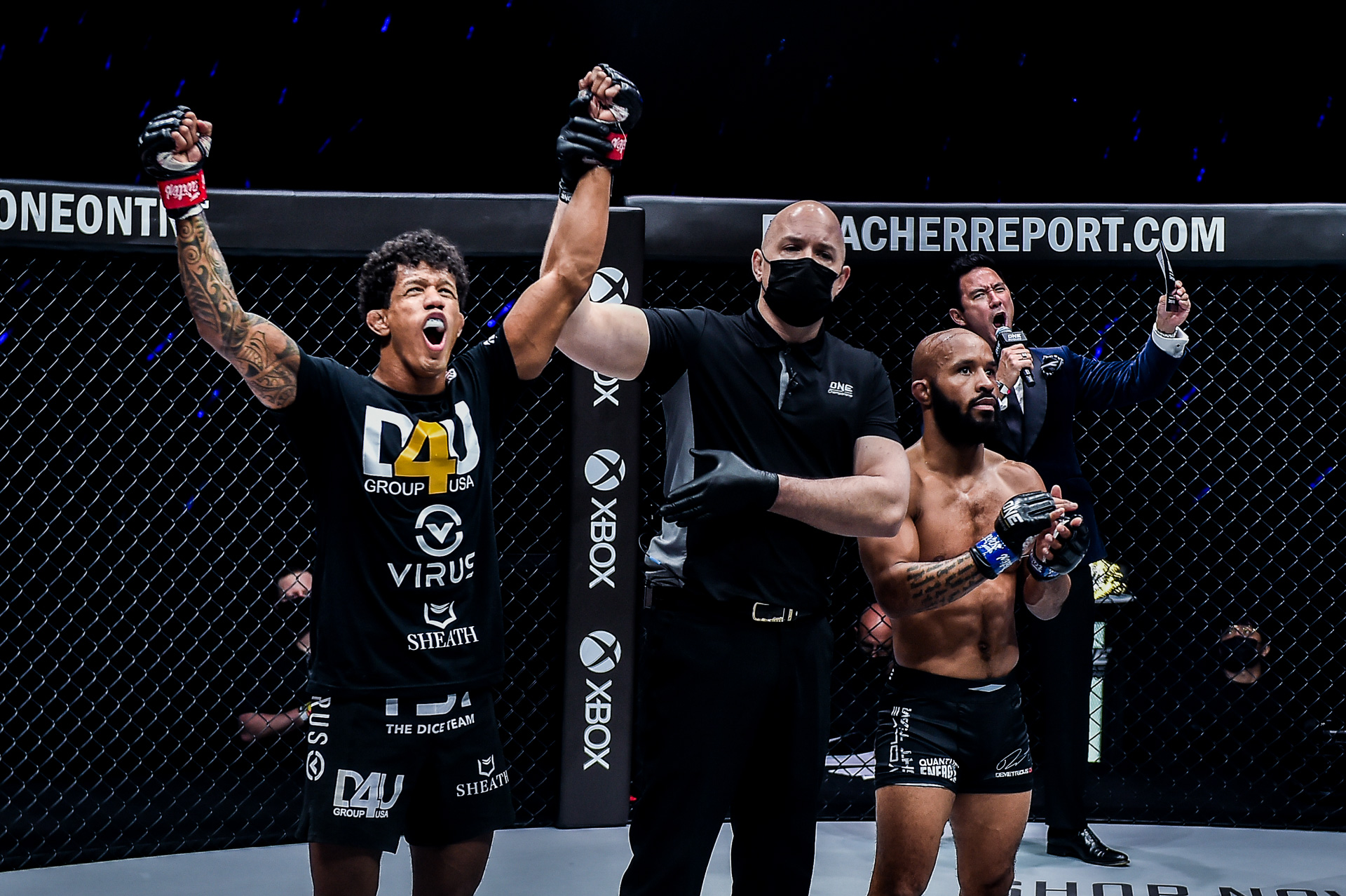 ONE Championship has pulled out all the stops for ONE on Prime Video I: Moraes vs. Johnson II, with the 10-fight card guaranteed to feature nonstop action and high-stakes drama.

The promotion’s debut on the massive streaming platform will air live in U.S. primetime this Friday, August 26, and the showcase is packed with some of the biggest names and most intriguing matchups possible.

But how will things shake out when the athletes enter the Singapore Indoor Stadium and throw down in the Circle?

Here, we ask five of the biggest questions ahead of this historic event on Prime Video.

#1 Can Johnson Level The Score With Moraes?

The combat sports world was in shock after Adriano Moraes became the first man to knock out Demetrious Johnson when they clashed for the ONE Flyweight World Title in April 2021.

Now, Johnson is back and hungry to settle the score, but can the American icon get his revenge, or will “Mikinho” stop him once again – either with his striking or his grappling?

After the Brazilian’s stunning performance, many fans believe he can make lightning strike twice, although “Mighty Mouse” has proven that he can beat anybody during a legendary career that features 12 MMA World Title victories.

Moraes will be more confident following his first win and a subsequent World Title defense over Yuya Wakamatsu this past March.

However, Johnson is known for his fight IQ and well-rounded game. Can he find a way to draw level with “Mikinho” in the night’s main event?

Nong-O Gaiyanghadao has looked unstoppable in ONE, going 8-0 with three straight KOs in his last three ONE Bantamweight Muay Thai World Title defenses.

The Thai hero has gone from strength to strength inside the Circle and seems to be more dangerous with every outing. But is Liam Harrison the man who can stop the juggernaut in its tracks?

One thing’s for sure – “Hitman” won’t take a backward step. And if Nong-O decides to engage toe-to-toe, the Englishman has the kind of firepower that can act as an equalizer against any rival.

The key will be whether the battle-tested Brit can find a gap that others have been unable to exploit. If he can’t, the defending World Champion will maintain his stranglehold on the division.

#3 Will Rodtang And Superlek Dominate The Grand Prix Semis?

Two of the top Thai strikers on the planet will be competing on opposite sides of the bracket in the ONE Flyweight Muay Thai Word Grand Prix semifinals.

Fourth-ranked Michael is desperate to topple Rodtang. The Cypriot rising star knows that a victory would boost his stock immediately, as “The Iron Man” is 11-0 in ONE and has rarely looked troubled during his tenure on the throne.

Meanwhile, #5-ranked Goncalves is a former World Title challenger who’s eager to continue rolling after a first-round stoppage in the quarterfinals. But the Brazilian will be in tough against “The Kicking Machine,” who’s looked incredible in his recent outings.

There’s no doubt that Thai athletes dominate the upper levels of Muay Thai in their homeland, but both Michael and Goncalves will hope to score upsets and punch their tickets to the tournament final.

But after a trio of first-round finishes, the Brazilian icon will step up in class and face former ONE Interim Heavyweight World Title challenger Kirill Grishenko in his first MMA bout against an elite-level wrestler.

All eyes will be on “Buchecha” as he looks to prove himself against a man with a formidable skill set. If he can navigate past Grishenko’s wrestling, he’ll instantly become a threat to the top dogs.

With Arjan Bhullar and Anatoly Malykhin set to unify the ONE Heavyweight World Title belts later this year, this would be a good time for the Brazilian legend to throw his hat into the ring.

#5 Can Hirata Rebound From Her First Loss?

Japanese rising star Itsuki Hirata suffered her first MMA defeat in a close battle against Jihin Radzuan this past March, but she’s done everything in her power to get back on the winning track.

The former judoka traveled to the USA to train alongside world-class coaches and partners, and she’s tried to level up her striking before facing China’s Lin Heqin.

However, Lin thinks she can expose “Android 18’s” stand-up game and make a case to crack the atomweight rankings.

It won’t be easy for Hirata to rebound, and this matchup will be a true test of her physical and mental durability.