Thailand is the chief exporter and proponent of one of the most recognized martial arts in the world.

Muay Thai, or “the art of eight limbs,” is a devastating striking style with a global reputation for its effectiveness and power.

World Champions from the stadiums of Bangkok have a legitimate right to be called the best strikers in the world, and the sport has completely dominated the nation’s martial arts scene. 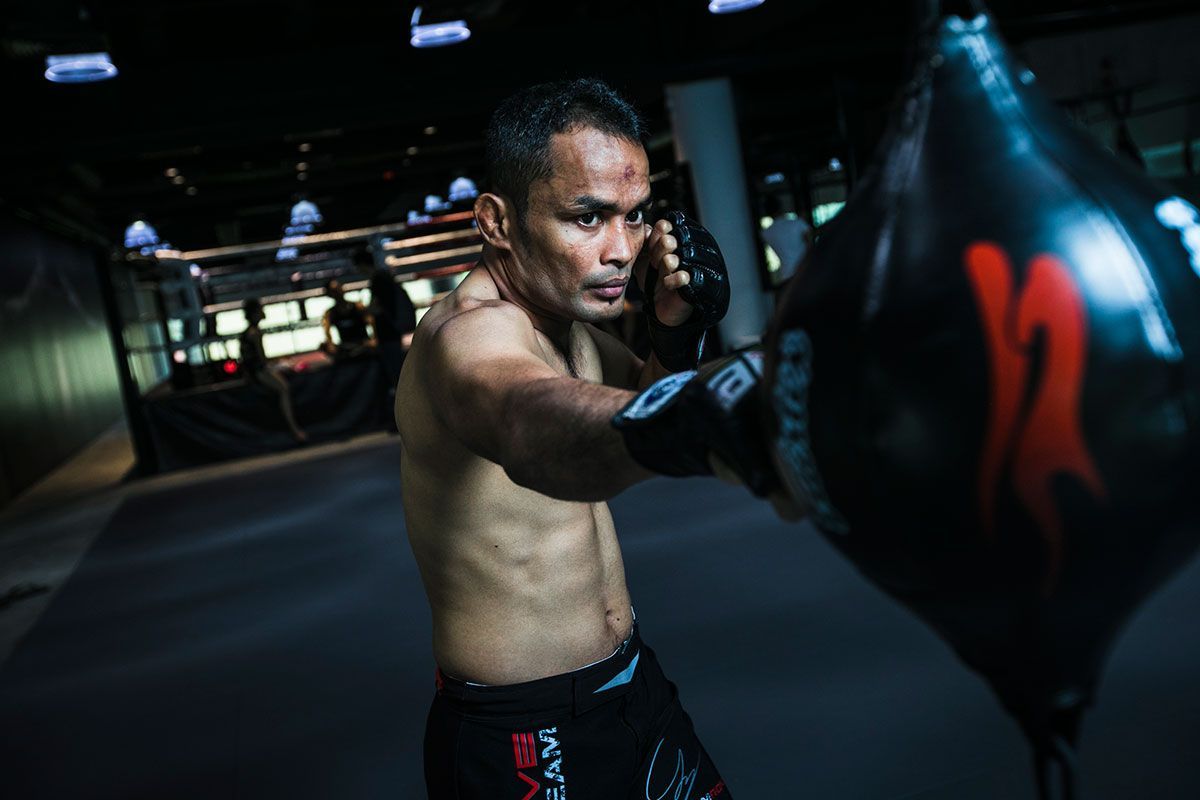 With the explosion in popularity of mixed martial arts, we have also seen some elite Nak Muay transition from the ring to the cage.

For instance, former ONE Strawweight World Champion Dejdamrong Sor Amnuaysirichoke, as well as ONE Championship superstars Sagetdao “Deadly Star” Petpayathai, and Pongsiri “The Smiling Assassin” Mitsatit, are just some of the country’s most talented heroes who are operating with a Muay Thai base.

However, mixed martial arts has also allowed for Thai athletes with different specialties to come to the fore. Before ONE, there was every chance these competitors would be lost because of the dominance of Muay Thai, but now, their skill sets are being showcased on a global platform.

As a result, their journeys off the traditional path, and their continued success in the promotion, could inspire a younger generation to cross-train with more enthusiasm.

Wiratchai started out in judo and kung fu, and these martial arts have been integral in his competitive career – particularly for his stand-up attacks.

The Bangkok native has demonstrated an unrivaled counter-striking ability to become one of his division’s most prolific knockout specialists, drawing on the principles of Chinese martial arts to do so.

Fortunately, the same principles apply directly to the other areas of martial arts. Wiratchai has cross-trained in boxing, Brazilian jiu-jitsu, and Muay Thai to become a complete competitor. His prior knowledge gave him the shortcuts to success.

Muay Thai striking is all based on the premise of deriving power through the effective use of the kinetic chain. Though the arts developed differently and the modern shapes appear distinct on the surface, kung fu’s ‘san jie‘ illustrates the same mechanism – power from the root, controlled through the trunk, and extended through the branches.

The positive from this is that kung fu, judo, and other traditional arts can have a direct positive impact on any form of combat. Mastery of your own body and movement is not isolated to just one style, and this opens up the doors for many Thais to find a style that suits them, yet is still effective. 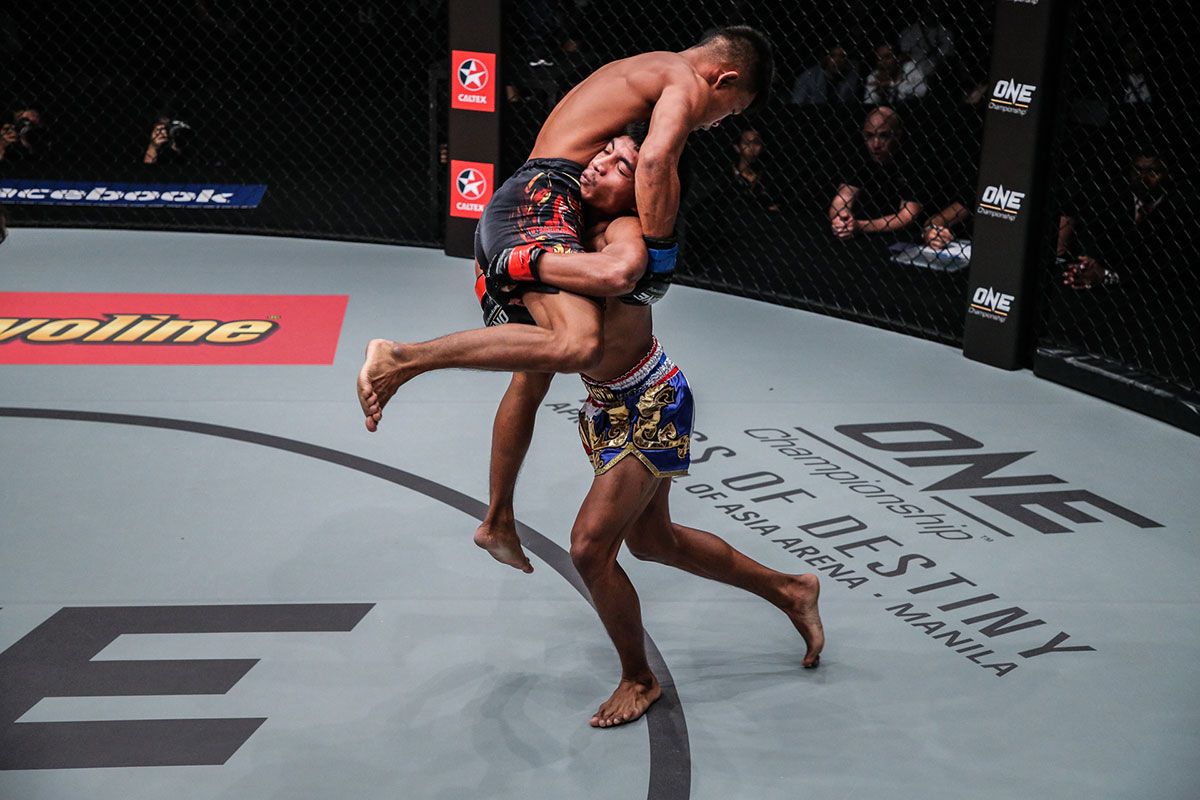 The initial starting point for Kongsrichai was a familiar one.

In his region of Nakhon Si Thammarat in southern Thailand, Muay Thai was all around him. At the age of 9, he began his own journey despite his mother’s protestations. Around 200 contests and some championship belts later, he had managed to win her over.

Soon, however, he found another avenue to explore. His cousin was on the Thai national wrestling team, and at 13 years old, “Dream Man” followed suit. He had phenomenal success, becoming a 13-time Thai National Wrestling Champion, and earned medals in both Greco-Roman and freestyle wrestling at the SEA Games.

When he made the switch to the cage, it was his grappling acumen that made him dominant. The talented strawweight has used his takedown ability and ferocious ground offense to great effect.

Of his seven professional victories, six have come inside the distance, and he is the first Thai to showcase how effective wrestling can win matches in emphatic fashion at the highest level. 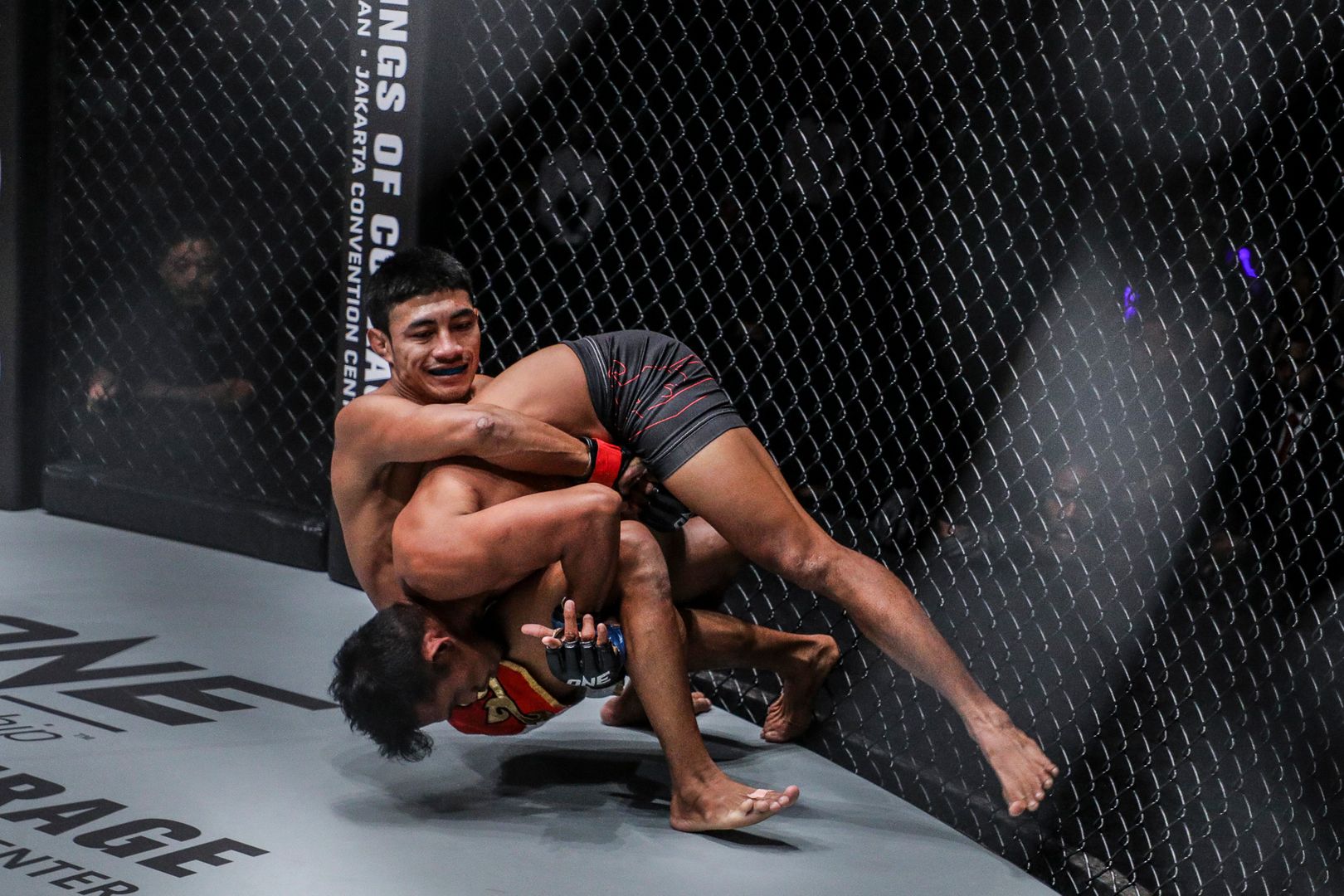 It has become apparent that grappling has proven to be the undoing of many a Muay Thai warrior in the cage. Kongsrichai’s success could be the catalyst for more of his fellow Thai warriors to widen their scope and accept different martial arts as a bigger part of their repertoire.

If Wiratchai and Kongsrichai were ineffective in the cage, the argument for their respective specialties would not be so strong.

Their technical, and often devastating, skill sets are a joy to watch, and to analyze. While Thai fans are used to the powerful blitz of the nation’s preeminent sporting activity, they are starting to appreciate various styles thanks to what they are seeing in ONE.

Mixed martial arts continues to rise in “The Land of Smiles,” and both Wiratchai and Kongsrichai can consider themselves pioneers.

Success leaves blueprints, and fans and aspiring athletes are starting to pick up on them. A great combat nation will become even more formidable because of it.