Kritsada “Dream Man” Kongsrichai wants to bring the ONE Strawweight World Championship back to Thailand. On Friday, 29 June, he will continue forging ahead in his quest for the gold.

The 26-year-old Thai will take on Filipino striker Jeremy “The Jaguar” Miado at ONE: SPIRIT OF A WARRIOR, which takes place at the Thuwunna Indoor Stadium in Yangon, Myanmar.

Just days away from event night, learn everything you need to know about Kongsrichai’s inspiring martial arts journey.

Born to a middle-class family in Nakhon Si Thammarat, a city in southern Thailand known for producing Muay Thai athletes, Kongsrichai always dreamed of being a martial arts world champion.

However, getting his parents on board with the idea proved to be a difficult task, especially his mother, who was wary of letting her little boy learn “the art of eight limbs.”

“Everybody in my neighborhood used to be a fighter, and there was a gym close by,” he recalls.

“My father liked Muay Thai, too, and when I was 9, he even asked me if I was interested in training. On the other hand, my mom did not like it and did not want me to fight. She was worried that I would get hurt.”

Kongsrichai knew his mother would be upset if she discovered his intentions of training and competing professionally. Still, he was driven to achieve his life’s goal.

At first, “Dream Man” kept his training and his matches a secret. But when he started claiming victories and capturing titles, it became impossible to hide his success.

When his parents learned of his activities, they reacted with pride.

“After a while, I started to win, win, and win, and my mom finally accepted my choice to be a martial artist,” he says. “I had around 200 Muay Thai fights, and was a Southern Thailand Champion.”

Kongsrichai deviated from his original martial arts path to try something completely different.

As a teenager, he left the ring for the wrestling mats. Just like he did in his short-lived Muay Thai career, he proved to be a natural, and quickly experienced success.

“My cousin was a wrestler, and he was on the national team. He took me with him to Srisaket Sports School to learn wrestling,” he explains.

“I was 13 years old then, and when I was around 15, I got accepted into the Thai national wrestling team. Since then, I have been with the team.”

“Dream Man” started with freestyle wrestling at first, and then made the switch to Greco-Roman. Once he got comfortable with the two styles, he competed in both categories, and amassed an incredible 200-20 record.

Along the way, he earned many achievements.

“I qualified for the Asian Games in China in 2010, and I was also a Thai National Wrestling Champion 13 times.”

That grappling would come in handy for his next big career move.

A Dream For “Dream Man” Between his marvelous striking and grappling background, it was only logical for Kongsrichai to bring his skill set to the cage.

Since making his mixed martial arts debut in August 2014, the explosive athlete has compiled a winning record, with all of his victories ending via first-round stoppage.

The Nakhon Si Thammarat resident credits his diverse talents for his success.

“Wrestling changed my life. I learned a lot of techniques that I can apply to mixed martial arts. The same with Muay Thai,” he explains.

“Now I can mix those two different martial arts, because both are very important for the cage.” 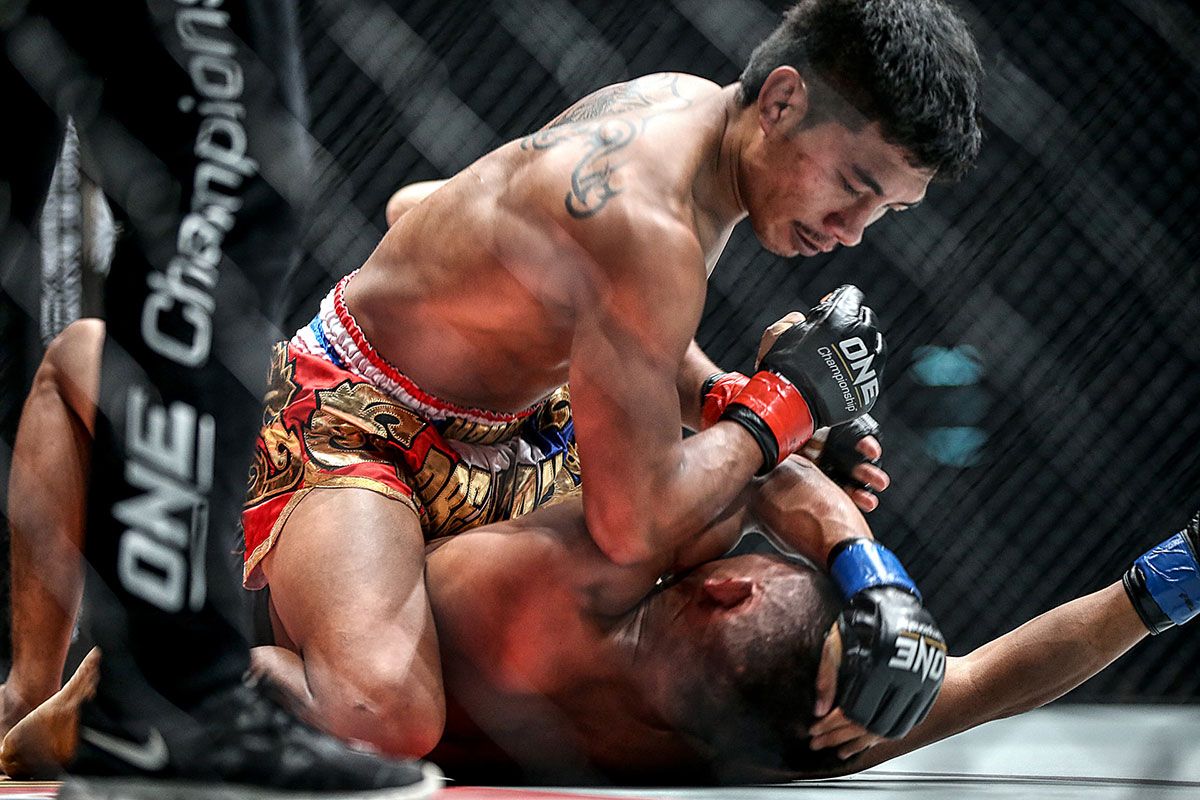 Kongsrichai will return to action on 29 June. He is scheduled to face Miado at ONE: SPIRIT OF A WARRIOR inside Yangon’s Thuwunna Indoor Stadium.

Should he defeat the Filipino, “Dream Man” would be one step closer to his ultimate goal, which is to claim the ONE Strawweight World Championship.

He would be the second Thai to hold the title since his fellow countryman Dejdamrong Sor Amnuaysirichoke won the inaugural belt in May 2015.

“My focus is to be a ONE World Champion at least one time in my life,”Kongsrichai states.

“I am fighting as a strawweight —the same weight class as Dejdamrong — and I want to go and bring that belt back to Thailand.” However, he has an additional goal he wants to accomplish, too.

Kongsrichai’s parents have supported him throughout his athletic career, and he wants to express his appreciation to them by giving them a place his mother and father can call their own.

“I would like to buy them a house, or a some land and build a farm,” he says. “I want to build an easier life for them.”