After he came close in his last match, “Muay Thai Boy” Zhang Chenglong is determined to finish his bout at ONE: LEGENDARY QUEST in style.

The Chinese ONE Super Series star will face Tyler Hardcastle in a bantamweight kickboxing match in Shanghai, China on Saturday, 15 June in search of his third consecutive win in The Home Of Martial Arts.

Zhang has faced two tough challenges on the global stage so far, but he has shown his character by pushing hard for three rounds to get his hand raised.

His heart and tenacity were on full display at ONE: WARRIORS OF LIGHT when he faced two-time Muay Thai World Champion Panicos Yusuf, but struggled to find his range in the first two rounds.

The Cypriot is a true technician, and he looked like he was heading for a decision win, but that all changed with 90 seconds remaining in the contest and “Muay Thai Boy” realized he needed to do something special.

“In round three, I decided to go all-out because I had nothing more to lose. That was the last chance, otherwise, I would lose the bout,” he explains.

“I was all-in – I focused on attacking and I forgot everything about defense. Then, I seized a chance when he tried to kick and knocked him down.”

Despite the massive overhand right he absorbed, Yusuf answered the referee’s count, but he was down again when he ate a left straight just a few seconds later. 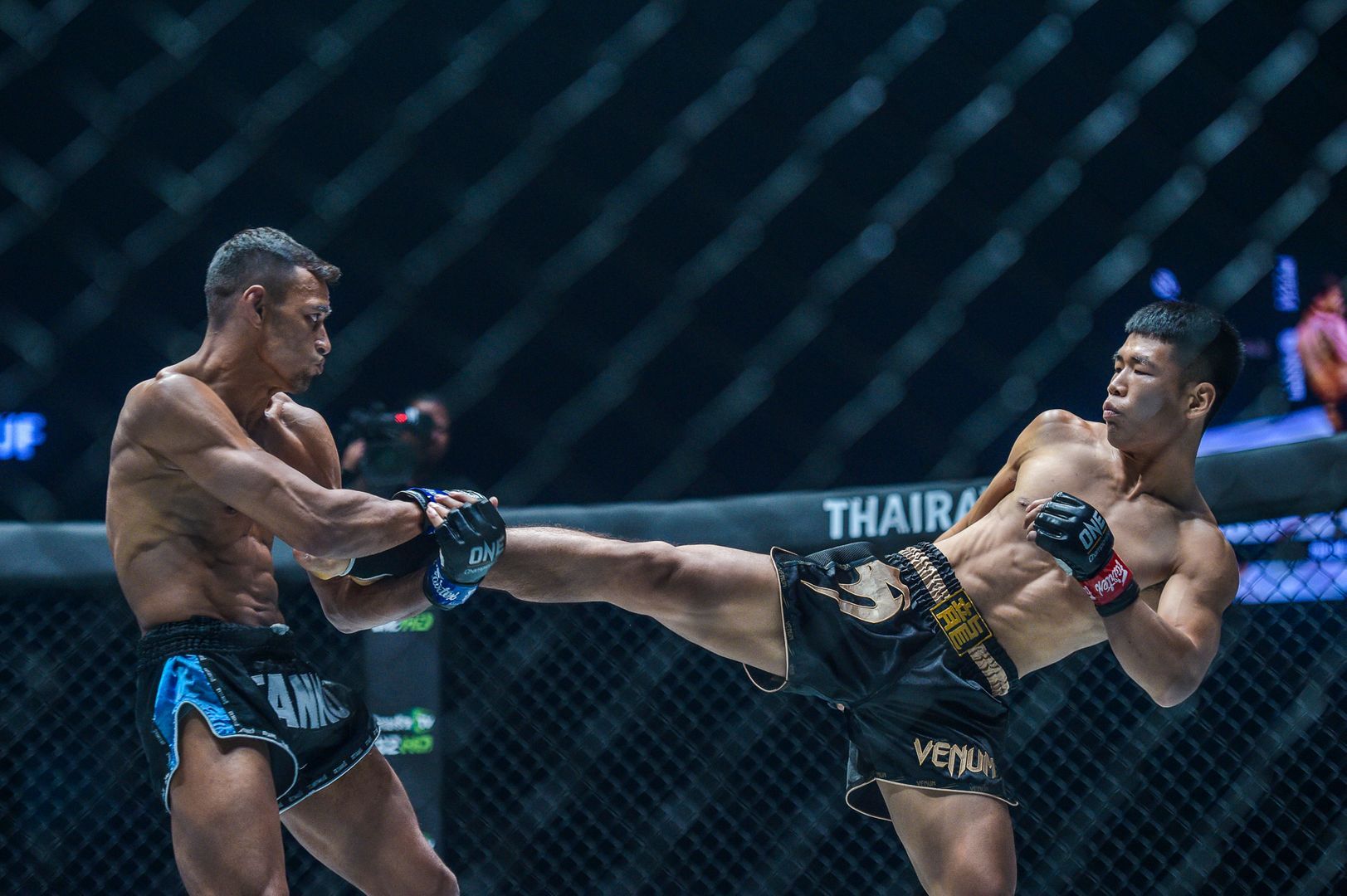 Once again, he survived, but the damage was done, and a 10-7 round for the Shengli Fight Club representative earned him the victory.

Zhang was happy to get his hand raised, but he admits the experience taught him that he needed to go back to the drawing board if he is to realize his ambition of owning a ONE World Title.

“I’m satisfied with my performance in round three, but I didn’t expect him to be so good that I could barely hit him [in the first two]. I must improve in all aspects,” he says.

“I used to picture myself as a technical type of fighter, but this opponent showed me he was much more skillful.

“In my preparation for this bout [against Hardcastle], I think that I still need to improve skills like my punching power. Based on what I’ve learned from the videos, he fought mostly in Muay Thai, and his weakness lies in his boxing.

“My strategy is to keep him at close range. I’ll keep striking at him on the inside. His boxing is not so good, so this time I think I have a chance to finish by KO.”

A win by stoppage is something the “Muay Thai Boy” would love to give his fans at the Baoshan Arena.

The Zhoukou native is based in Shenzen, but his Muay Thai career took him far and wide to compete, and both of his ONE appearances so far have been in Bangkok, Thailand.

However, ONE: LEGENDARY QUEST gives him the opportunity to be cheered on by thousands of his compatriots, which will fill him with positivity before his showdown with his Australian rival

“The bout on 15 June in Shanghai is important for me because I haven’t fought in my home country for a long time.

“I can’t wait to feel the passion from my fellow countrymen.” 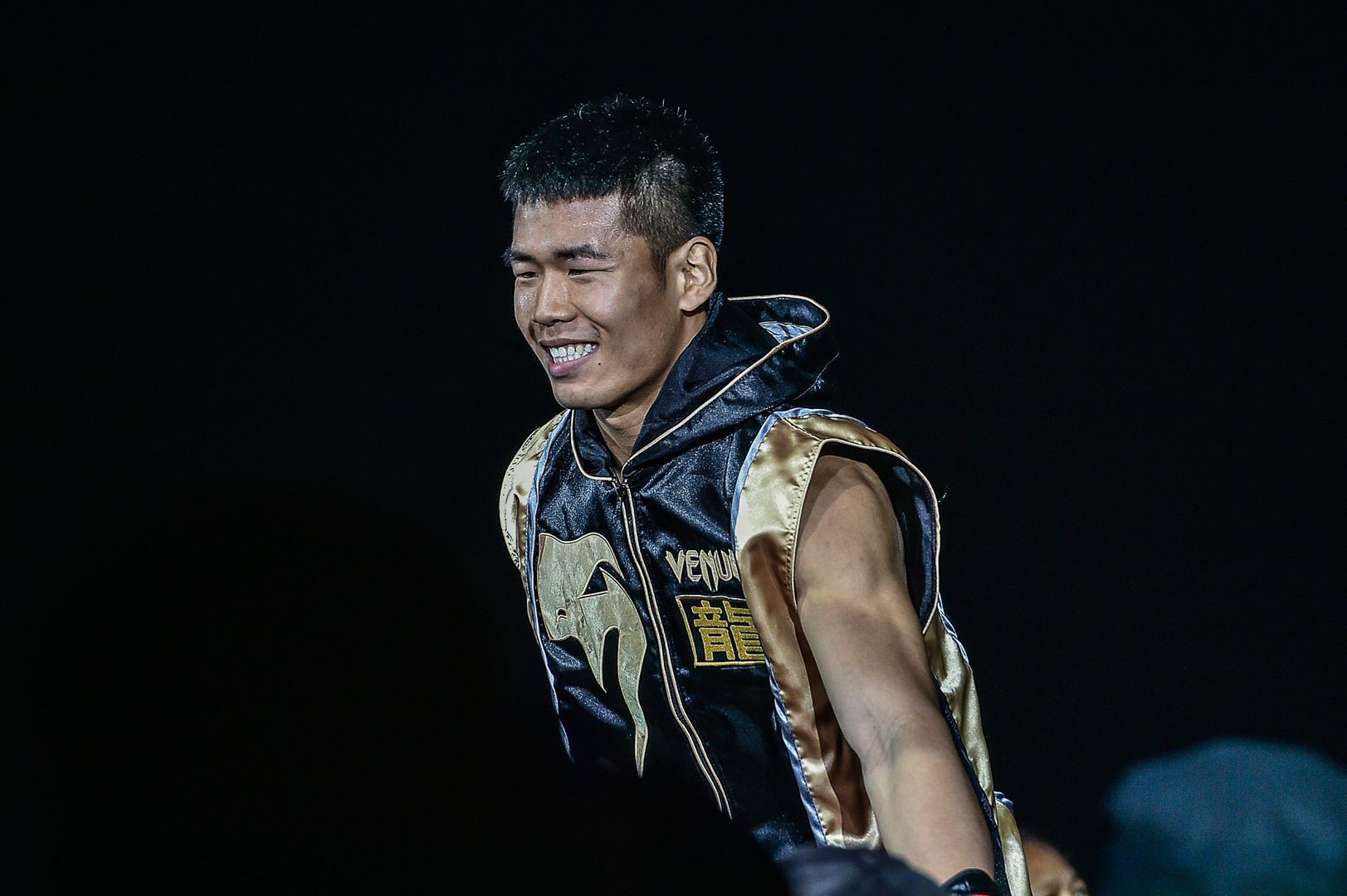 Zhang looked good in his split-decision win against Kong Sambo, and achieved a more emphatic result when he took a step up in opposition, but he knows there is one surefire way to hear the roar from thousands of Chinese fans.

“I defeated my first opponent by decision, and the second with knockdowns. The third one will be finished by KO,” he says.