Saygid “Dagi” Guseyn Arslanaliev made a statement to all of the other participants in the ONE Lightweight World Grand Prix last Friday, 22 February.

The Turkish warrior punched his ticket to the semi-final round of the tournament when he knocked out former ONE World Title challenger Ev “E.T.” Ting in 25 seconds at ONE: CALL TO GREATNESS in Singapore. It stands as the fastest win of his mixed martial arts career.

Now, just days removed from his extraordinary performance, the 24-year-old talks about the sensational knockout, shares his tentative plans to train with a former ONE Featherweight World Champion, and previews his upcoming semi-final bout with Ariel “Tarzan” Sexton.

ONE Championship: What was your strategy heading into your bout with Ev Ting?

Saygid Guseyn Arslanaliev: I was ready to control him with my hands, as I expected Ev to utilize his striking skills. Of course, I was ready to wrestle with him at any time, but my plan was to work those counterattacks.

ONE: Did you expect the match to be over so quickly? In just 25 seconds?

SGA: I had absolutely no expectation of it at all. In all honesty, I thought we would go at it for a while. Ev started well, but I calmed him down very quickly because I noticed his mistake — he was dropping his right hand repeatedly. I took my chance and leaped forward, and it was over.

ONE: What emotions were you feeling when you won?

SGA: The first one was shock because I couldn’t believe it was over so quickly. The second one was pure joy — you saw me jumping inside the ring, I was absolutely ecstatic. I would love to win so fast every time, but of course it doesn’t work like that. I just work hard and try to achieve the best results possible.

ONE: In the semi-finals of the ONE Lightweight World Grand Prix, you will face Ariel Sexton. What were your thoughts on his match with Amir Khan?

SGA: I liked the Khan versus Sexton fight a lot. They are both good fighters. I don’t want to sound too big-headed, but Khan made many mistakes. Sexton probably also dominated due to his experience. In any case, I am really looking forward to facing him inside the cage.

ONE: How do you see your bout with Sexton going, and how do you plan to deal with his submissions?

SGA: I don’t know if his submissions will work on me or not. We will see on the day of the fight. All I know is that I must get myself ready. I will definitely be practicing my submissions and my striking, and when the day comes, I will try to show ONE fans the best that I can — the result of my lifelong training. I hope it will be an exciting fight.

ONE: When do you plan to resume your training?

SGA: I’ve already had a little rest after the fight. Now, I am going to resume training, but nothing too serious — just 30-minute to 40-minute sessions in order to keep my muscles strong. I will be doing some cardio sessions and some running. 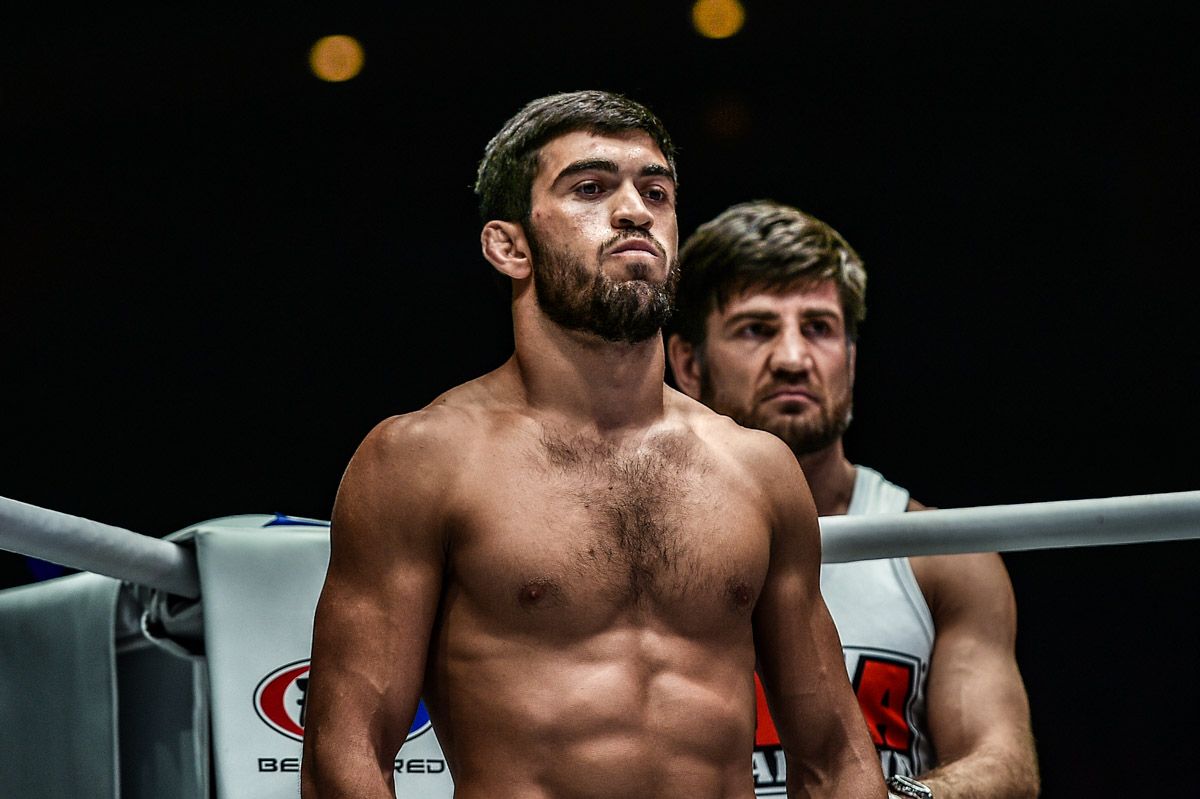 ONE: Aside from light training, do you have any other plans?

SGA: I am off to Istanbul to see my mother, to eat some home cooked food, and to visit my nephews and nieces — I’ve been missing my family a lot. Then I will go to Moscow, and later, I might go to Dagestan to train with Marat Gafurov. He has been by my side recently, so it will be great to train with him.