Ariel “Tarzan” Sexton punched his ticket into the semi-finals of the ONE Lightweight World Grand Prix following an epic battle with hometown hero Amir Khan at the Singapore Indoor Stadium on Friday, 22 February.

The Costa Rican grappling ace, who survived a second-round knockdown and a tremendous amount of punishment, staged an incredible comeback to finish the Evolve product with a rear-naked choke in the third round of their lightweight clash at ONE: CALL TO GREATNESS.

Ariel Sexton secures his place in the ONE Lightweight World Grand Prix semifinals by sinking in a rear-naked choke on Amir Khan at 1:13 of Round 3!

Ariel “ Tarzan” Sexton secures his place in the ONE Lightweight World Grand Prix semifinals by sinking in a rear-naked choke on Amir Khan at 1:13 of Round 3!Watch the full event on the ONE Super App ???? http://bit.ly/ONESuperApp | TV: Check local listings for global broadcast

Just seconds after the opening bell rang, Sexton rushed forward, grabbed onto his rival’s left leg, and attempted to take the action down to the mat. Khan quickly countered the takedown attempt and started firing away at the Costa Rican with rapid-fire punches.

The Singaporean Muay Thai Champion was dominant on the feet, as he took the center of the ring and continuously came after “Tarzan” with punches in bunches. He was calm and composed while firing shots at the Gracie-trained submission specialist.

Before the first stanza ended, Sexton was finally able to drag the local favorite down to the canvas where he looked to apply his world-class Brazilian Jiu-Jitsu expertise. But the Evolve representative was able to stave off the ground attacks and muscle his way back to the feet. The second round ended up being a story of two halves.

As Sexton continued to look for the takedown early, Khan found the perfect counter with a well-timed right hand, which dropped the Costa Rican to the mat. He followed up with a flurry of shots in an effort to secure the finish, but “Tarzan” found the will to survive the onslaught.

Once Sexton got out of trouble from the knockdown, he went after Khan with relentless aggression. It was also at this point when the Singaporean appeared to be running out of gas.

The Costa Rican grappler pressured Khan, launched him into the air, and brought him to the canvas with a massive takedown. However, before he could take advantage of the position, the bell rang to end the second frame. 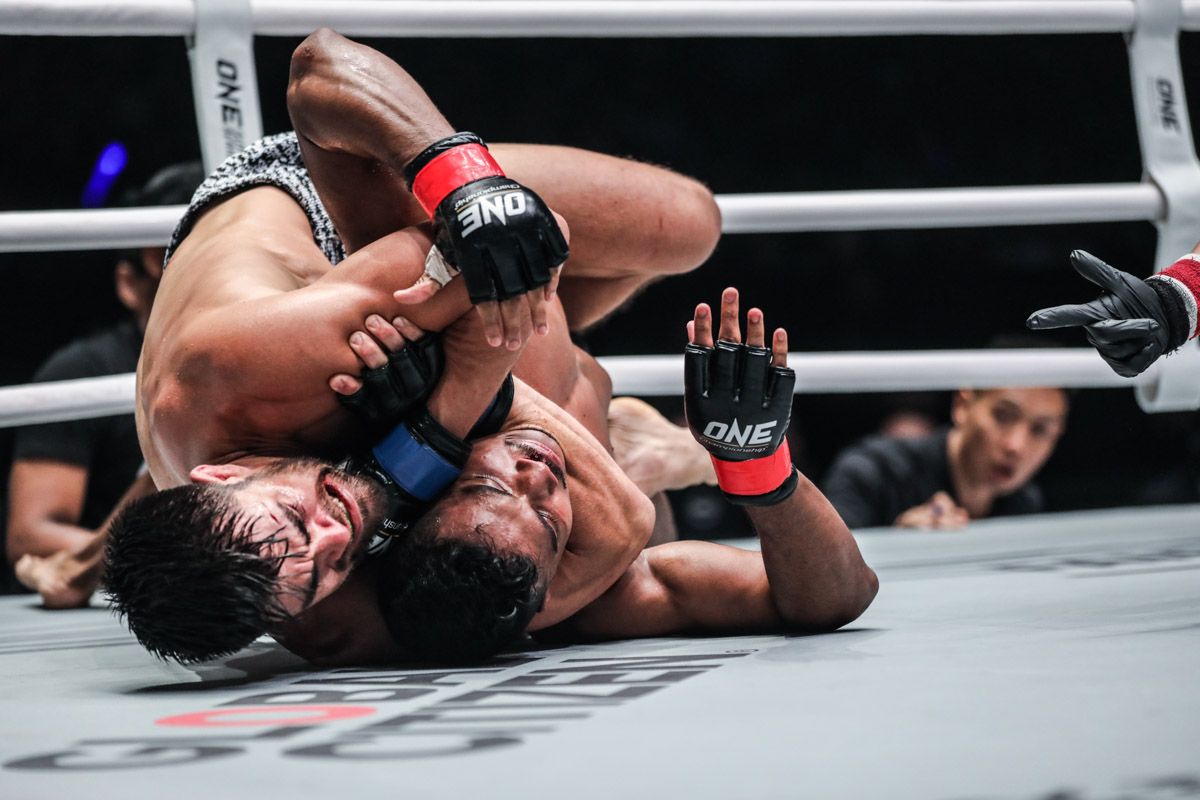 Sexton built on his momentum very early in the third round.

He popped the hometown hero with punches, connected with a clever trip takedown, and moved to his rival’s back.

“Tarzan” put in his hooks, softened Khan up with some punches, slid his right arm underneath his opponent’s neck, and locked in the rear-naked choke.

The Singaporean had no choice but to tap at 1:13 of the final stanza.

It was an incredible performance from Sexton, who advances to the semi-finals of the ONE Lightweight World Grand Prix.

He will face Saygid “Dagi” Guseyn Arslanaliev, who knocked out Ev Ting in 25 seconds earlier in the evening.

“I have so much respect for him,” Sexton said while facing off with Arslanaliev in the ring. “We’re going to have the best fight of the year.”