With just days to go until ONE: MASTERS OF DESTINY, the stars of the show went face-to-face at the open work out event in at The Grounds KL at MAHSA Avenue in Kuala Lumpur, Malaysia.

Much of the attention was focused on the rivals in the main event – Giorgio “The Doctor” Petrosyan and Petchmorakot Petchyindee Academy – who will face off in a ONE Featherweight Kickboxing World Grand Prix quarterfinal rematch.

After a controversial conclusion to their first contest, both athletes are keen to make sure there is no doubt about the winner when they meet again this Friday, 12 July at the Axiata Arena. 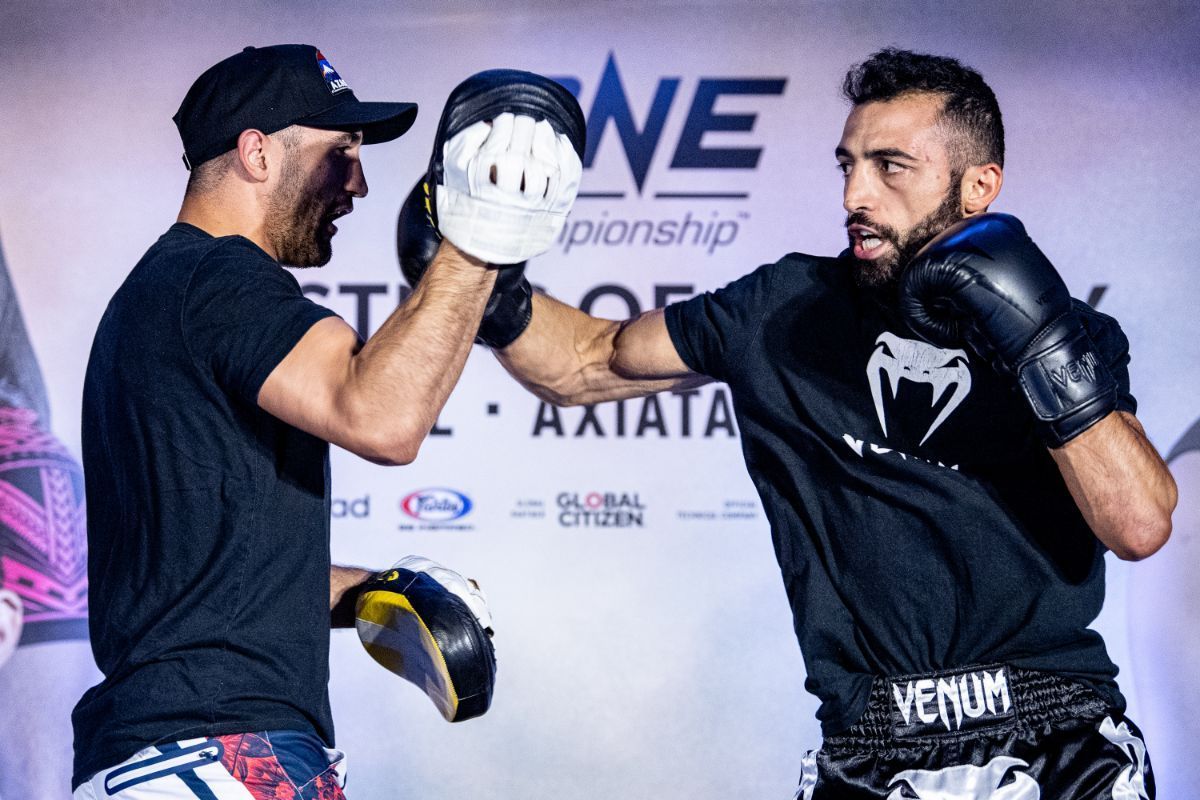 “We are all very familiar with Petchmorrakot, we know that he is a great athlete. He would not be competing in this tournament otherwise,” said Petrosyan.

“He is a southpaw and obviously a difficult opponent to face. He has both strengths and weaknesses, and this is something we are well aware of. Of course, I don’t want to go into too much detail with you about his strengths.

“I predict a tough match, for sure. I am preparing as best as I can, as I’ve always done, and there will definitely be a winner in the end, unlike the last time around.”

Although Petchmorakot was disappointed to see his win at ONE: ENTER THE DRAGON overturned, he has put that behind him, and he will enter the ring with a renewed enthusiasm to face the man many consider to be the best pound-for-pound kickboxer in the world. 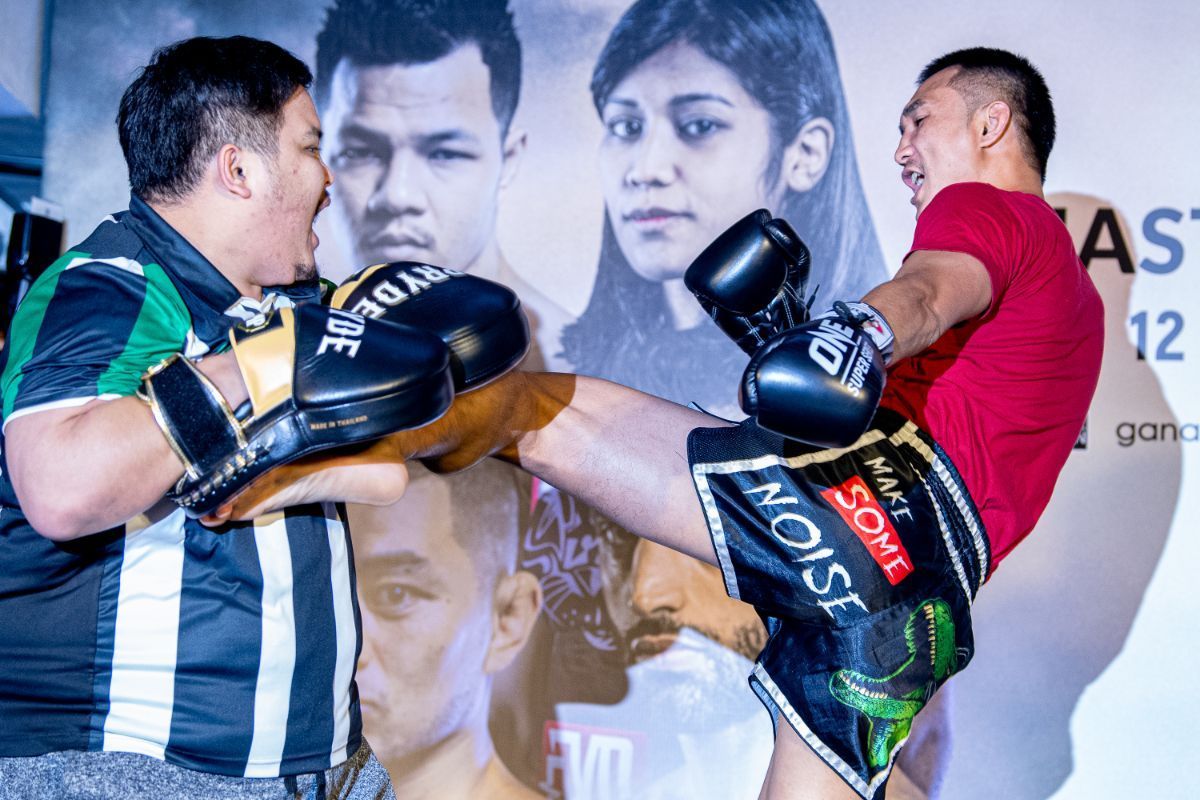 Ahead of his headline match, he promised fans that they would not want to miss this highly-anticipated match-up.

“While I was a monk, I heard that there will be a rematch and I am happy to do it,“ the Thai hero said.

“I am very confident that I will win in the upcoming bout. I will do a better job in the rematch so the world will accept the decision. I want to win over him clean and clear, unlike the last time.

“Petrosyan, this fight is going to be the greatest fight in kickboxing history. Let’s give our best for this fight and make it entertaining. 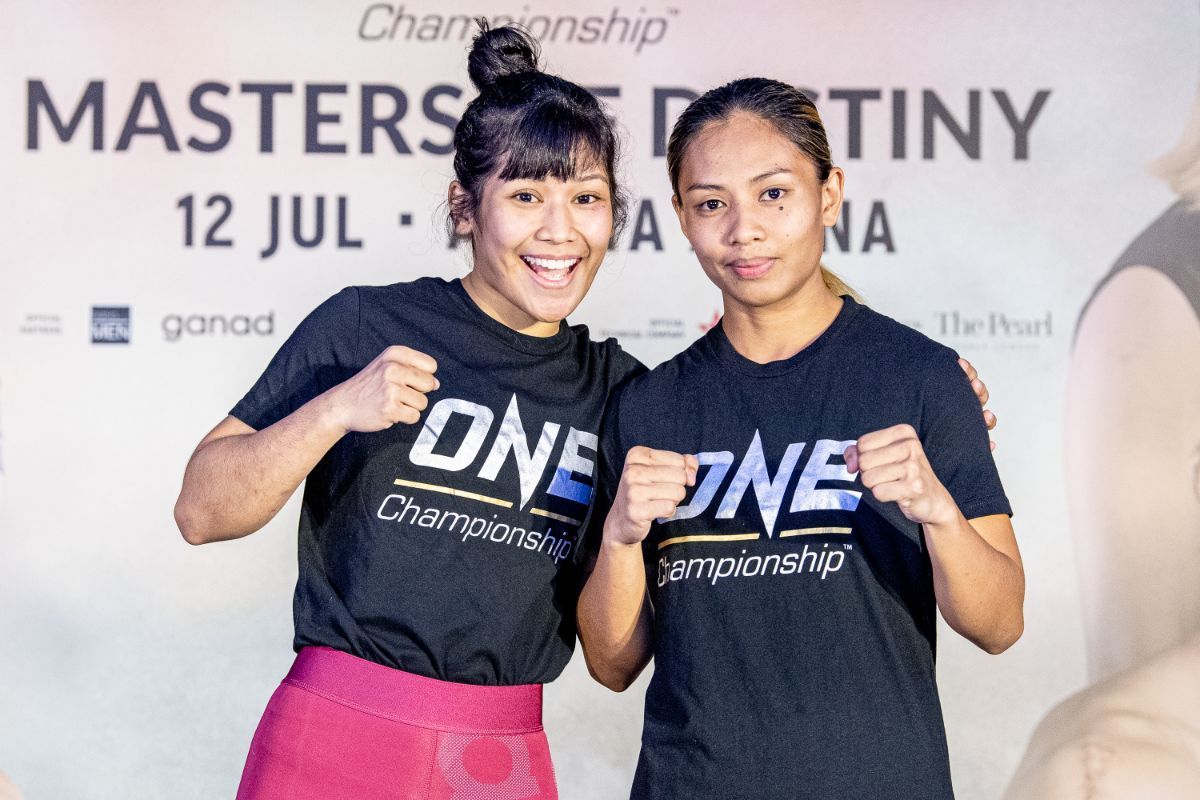 A quartet of Malaysia athletes was also in attendance to face their opponents ahead of their bouts on Friday.

Kuala Lumpur residents Saiful “The Vampire” Merican and Mohammed “Jordan Boy” Bin Mahmoud showed warmth and respect to each other ahead of their ONE Super Series bantamweight Muay Thai match on the prelims.

Women’s atomweight contender Jihin “Shadowcat” Radzuan was similarly friendly with Jomary “The Zamboanginian Fighter” Torres ahead of their clash in the Axiata Arena on the main card. 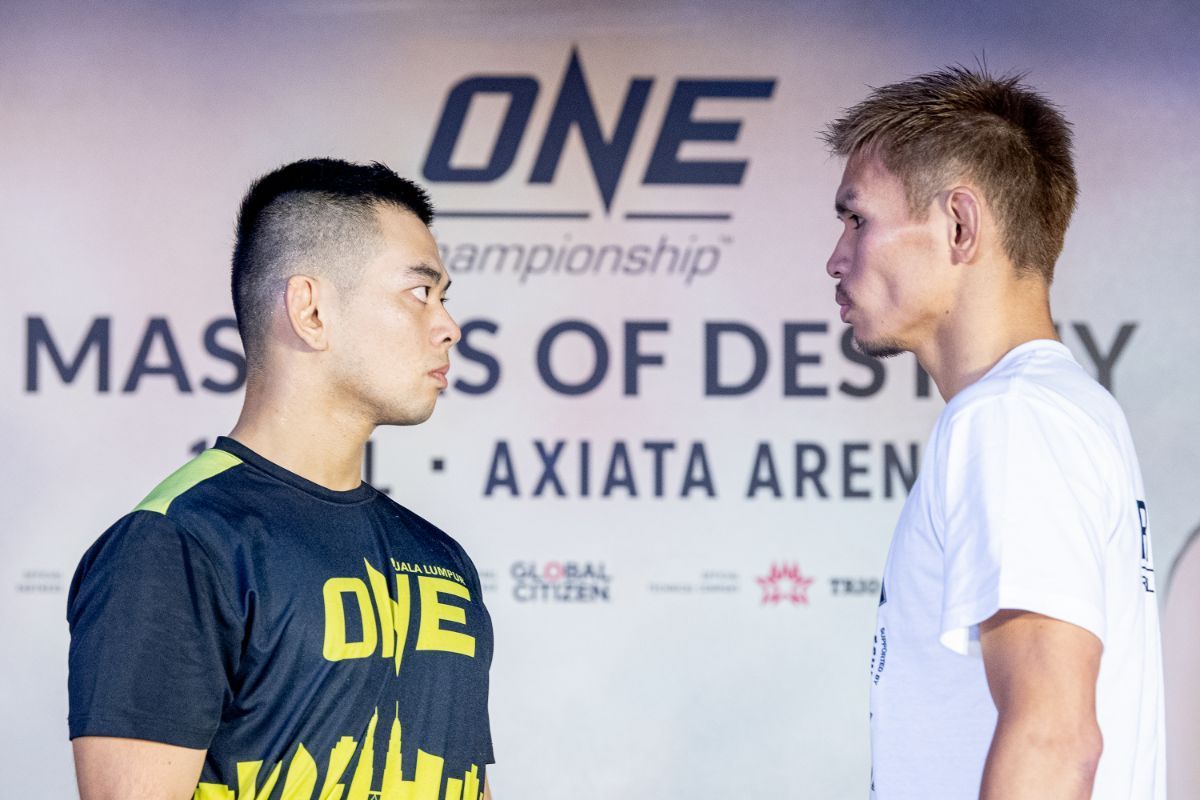 ONE: MASTERS OF DESTINY will also see the return of Ev “E.T.” Ting to the Malaysian capital and he cannot wait to put on a show for his countrymen for the first time in almost two years against Japan’s Daichi Abe.

“Like every time I fight in KL, I’m going to leave my heart, my soul, and everything I worked for in that cage for you guys,” he said.