As the United Nations marks its 75th anniversary at a time of great challenge, ONE Championship – Asia’s largest global sports media property – is teaming up with the organization in an effort to get more voices heard, particularly from Asia, in the UN’s global conversation on the future.

As part of this collaboration, several of ONE Championship’s real-life superheroes will invite their fans to take the United Nation’s one-minute survey, which has the aim of hearing from people around the world to bring about positive change.

ONE Championship will also host a special webinar entitled TOGETHER AS ONE #UN75. The webinar, which will be released on Tuesday, 14 July, features a panel of speakers that will talk about the responsibility that sport, brand, and business industries have in unifying communities around the globe in 2020 and beyond.

“I’m thrilled to be participating in this webinar with the UN, a global organization that drives international change and brings communities together,” said Hua Fung Teh, Group President of ONE Championship.

“ONE Championship, like the UN, is a values-based organization, and our mission is to unleash real-life superheroes who ignite the world with hope, strength, dreams, and inspiration. We believe in the unifying power of sports, especially in these difficult times, and collaboration with entities like the UN represents our continued commitment to effect positive change in the community via our global platform.”

Joining Hua Fung for this webinar will be Fabrizio Hochschild, the UN Under-Secretary-General leading the United Nation’s efforts to commemorate UN75, Cheryl Goh, the Group Vice President of Marketing at Grab, and Dr. Daiana Beitler, the Regional Business Lead, Philanthropies at Microsoft Asia.

“It is absolutely crucial that we listen better to the concerns of people across the world and come up with effective solutions on how we can bring people closer together, overcome shared fears, and better serve future generations,” Hochschild said.

“Working with a dynamic organization like ONE Championship, we hope that together, we can make a meaningful impact through the UN75 initiative.” 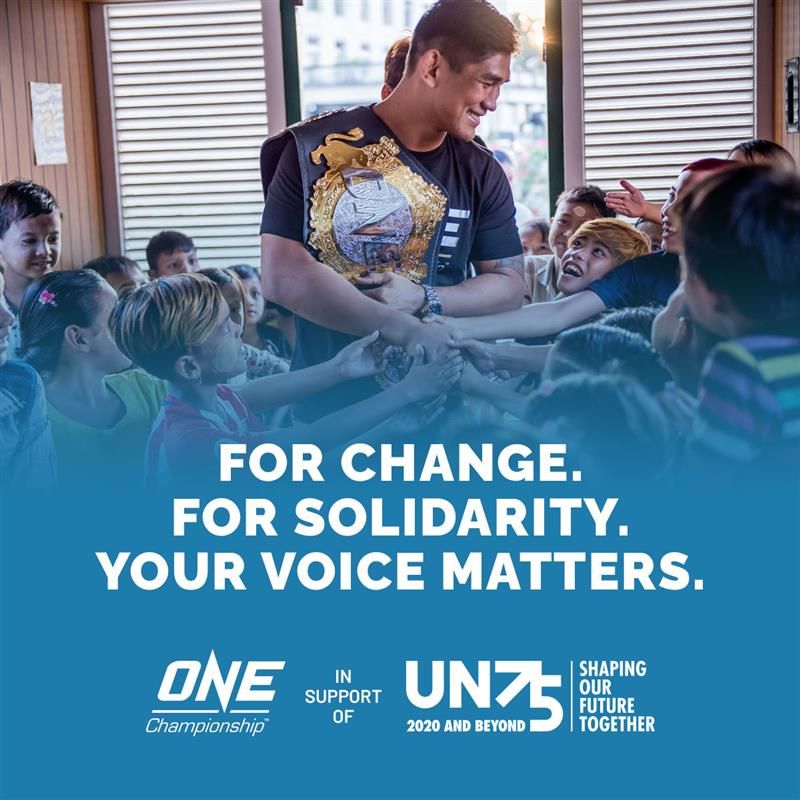