Liam “Hitman” Harrison got off to a flying start last year with his knockout win over Mohammed “Jordan Boy” Bin Mahmoud in January, but he is still glad to shut the door on a difficult 2020.

The Leeds-based Muay Thai legend went 2-0 in the first quarter and had momentum on his side until the COVID-19 pandemic hit. Now he has been on the sidelines for 10 months and counting, with his only solace being the clean slate of the new calendar.

All of Harrison’s ONE Super Series contests have been exciting, and his main objective is to bring even more thrilling moments to The Home Of Martial Arts at the first available opportunity.

In this exclusive interview, “Hitman” shares his thoughts on how the bantamweight Muay Thai division has progressed, his goals for 2021, and more.

ONE Championship: You managed to get two fights in last year, with two wins. Knowing what you know now, are you glad you got that chance to compete twice?

Liam Harrison: I’m grateful for getting the opportunity to fight in ONE at the start of the year and I’m lucky I got the chance to fight again just before the lockdown. But to be honest, the negatives for the year outweigh the positives for me, really.

The first lockdown ruined me. I’ve been injured ever since and I’ve struggled to get back to my old form, but I will keep plugging away, get back into a good routine, and hope for something in March or April.

ONE: How has training been at Bad Company, and has it been hard to stay motivated in the gym without anything concrete to train for?

I got offered a fight and I just couldn’t take it because I didn’t have the right training or the sparring I needed. I’ve not had any sort of routine. I’ve hit pads with Richard [Smith] and Andy [Howson] where I can, but it’s not been where I would want it to be ready for a fight.

ONE: Your life has revolved around competing for so many years. Were there any benefits of taking a step back from it for most of 2020?

LH: My website has flown, I’ve set up my own YouTube channel for my podcast, and [I set up] my own clothing brand. They’ve all been flying, they’ve gone really well, but I’m a fighter and I want to fight.

I’m struggling to see them as a positive because they are all things I would have done anyway, so I was lucky that I had a bit of time to put into them. But I would have found time because that’s what I do.

ONE: Can you take any optimism in turning the page on 2020 and looking forward to 2021?

LH: Well, we were just getting back to some sort of normality, but I got injured, so hopefully if I can get through this and if everybody sticks together, I could be looking at a return in March or April.

We’ve got the guys back in the gym now. I just hope we stick with it, even though there’s another lockdown coming [in England]. 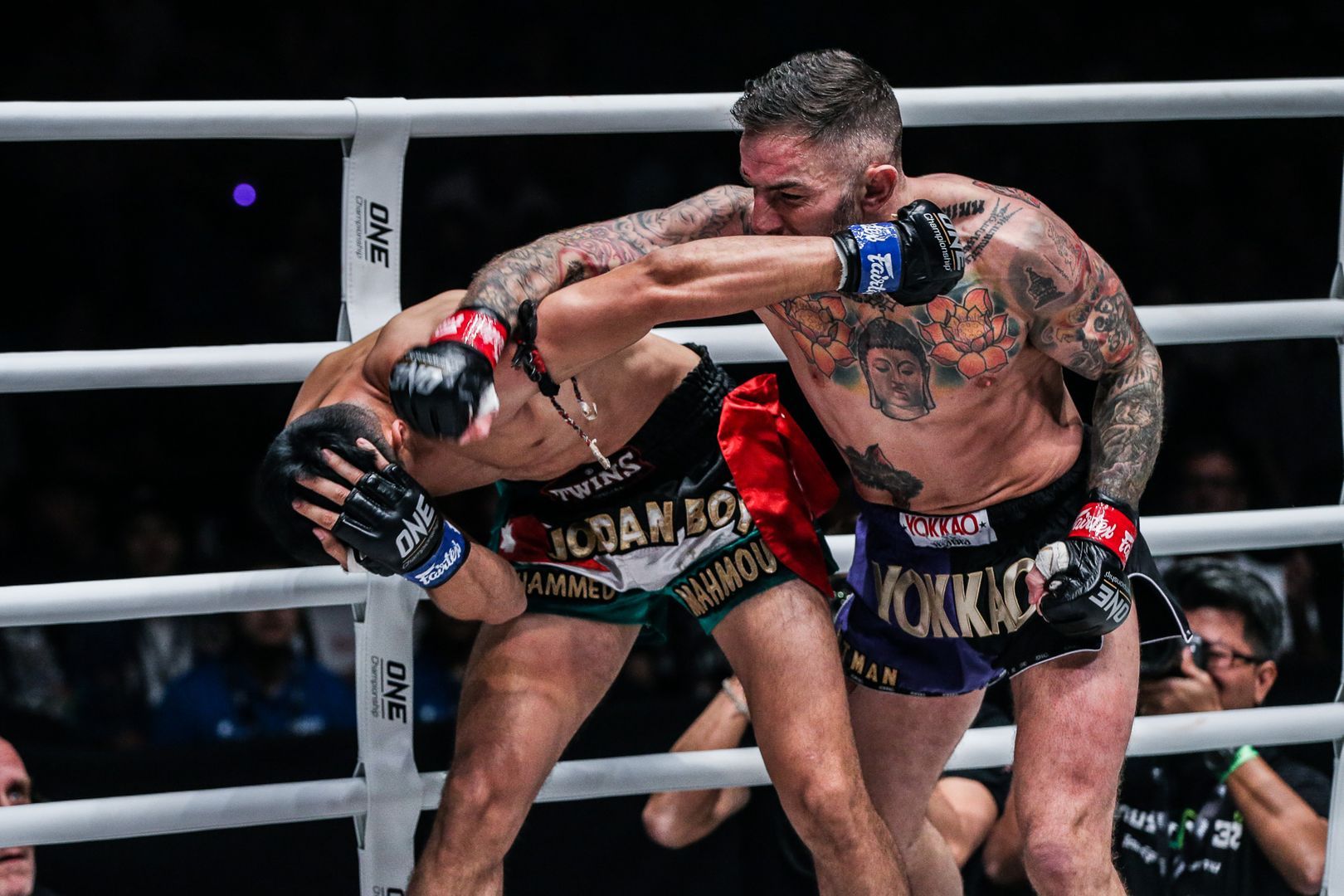 ONE: Despite all this, there were some massive bouts happening in your division last year – including the ONE Bantamweight Muay Thai Tournament. What have been your thoughts on the action?

LH: You know what? I tried not to get too emotionally invested because I knew I couldn’t do anything about it.

Nong-O [Gaiyanghadao] is still the champion, but I thought Rodlek [PK.Saenchai Muaythaigym] looked really good in that World Title fight until he got caught. He was fighting really well and it was just one big right hand that finished it, but that’s just how good Nong-O is.

I saw stuff in that fight that Rodlek was doing that worked really well — stuff that I am better at — so I took some positives from it. If I can get another big win after all this, I hope I can work my way in for a title shot somewhere.

ONE: And how good did Rodlek look against “Left Meteorite” Kulabdam Sor. Jor. Piek Uthai after he got back into the tournament originally? 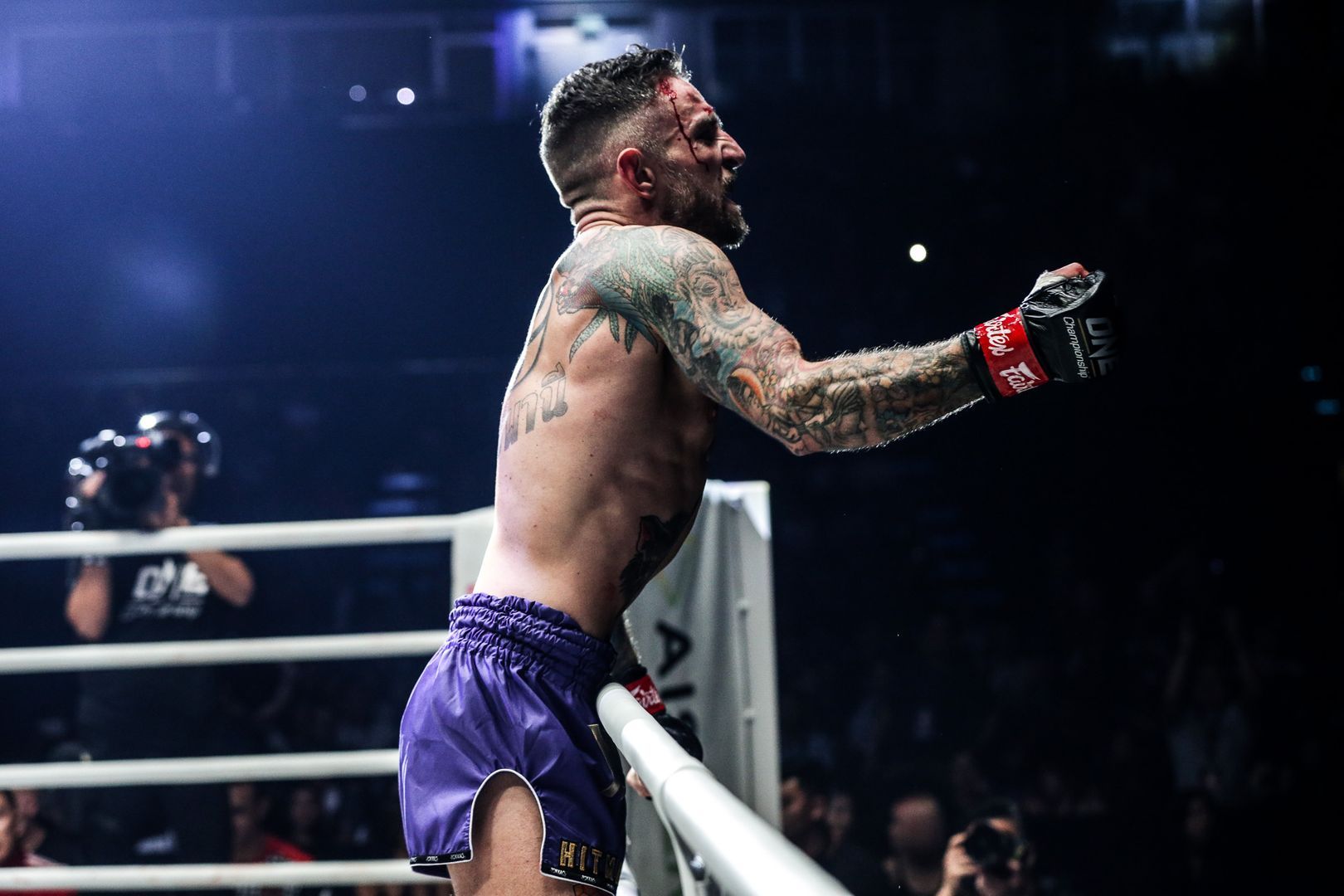 ONE: It’s hard to know what will happen or when things will change with the current situation in the UK, but do you have any specific goals for 2021?

LH: I just want to be able to get back in and get fighting again. I’ve been having no less than five or six fights a year ever since I was 14 years old.

At the highest point of my career, I was having 10 fights a year, but only having two and not knowing what’s going to happen is draining me, mentally. Hopefully, I can get three or four fights in before this year is out, but we will just have to see.

Read more: Liam Harrison Has Done It All – Except Win ONE Gold