Ever since making his return to ONE Championship in August 2017, the Singapore-based Brazilian has looked nearly unstoppable.

As he continues ascending up the ranks, Issa finds himself getting closer and closer to achieving his primary objective.

“When I came back last year, immediately my goal was to be the World Champion,” the 35-year-old states. “I’ve been training a lot and working hard.”

Leandro Issa is no stranger to overcoming adversity.

Leandro Brodinho Issa is no stranger to overcoming adversity.Download the ONE Super App now ???? http://bit.ly/ONESuperApp

Issa could indeed secure a World Title shot if he wins his next bout.

On Saturday, 6 October, he will face his toughest adversary yet in Muin “Tajik” Gafurov (15-2) at ONE: KINGDOM OF HEROES, which will broadcast live from the Impact Arena in Bangkok, Thailand.

Gafurov, a two-time Combat Sambo World Champion from Dushanbe, Tajikistan, last competed under the ONE banner in October 2016, when he dropped a unanimous decision to current ONE Interim Bantamweight World Champion Kevin “The Silencer” Belingon.

Following that defeat, the 22-year-old competed locally in his homeland and built a four-bout win streak, which kept his perfect 100 percent finishing rate intact.

Leandro Brodinho Issa put on an incredible display of skill to…

Issa knows the threat Gafurov poses, and there is no doubt he will be especially motivated to get the victory in “Tajik’s” promotional return.

Even so, “Brodinho” remains confident in his abilities to strike with Gafurov and take this match to the canvas.

“He is a good fighter. He is dangerous and well-rounded,” the Brazilian acknowledges.

“I think he likes to strike more, but his ground game is not bad. He’s a well-rounded fighter, but I think he will want to strike with me. I feel that I am better on the ground. That’s always my game plan – to put the guy on the ground and work my BJJ.

“I have been training a lot at Evolve with all the Muay Thai world champions and the jiu-jitsu world champions, so I’m ready for this next challenge. I can’t wait.”

Leandro Issa reminded us that he's an elite grappler with this finish!

Leandro Brodinho Issa reminded us that he's an elite grappler with this finish!Download the ONE Super App now ???? http://bit.ly/ONESuperApp

Also, Issa can’t wait to see who the undisputed king of his weight class will soon be.

ONE Bantamweight World Champion Bibiano “The Flash” Fernandes is scheduled to meet the interim titleholder, Belingon, in a World Champion versus World Champion unification rematch in the co-main event of ONE: HEART OF THE LION in Singapore on 9 November.

The Brazilian previously expressed his desire to face his compatriot for the gold, so he will be paying close attention to this epic World Title clash. In fact, he may even have a front row seat in the Singapore Indoor Stadium to witness the action live.

“Bibiano has what I want, so if I have to fight him, I will train hard, and I will be ready. I will do everything to get the belt,” Issa explains.

“I think his fight with Belingon will be very exciting. They fought before, and Bibiano submitted him, but Belingon has improved his ground game and his takedown defense a lot, so it’s going to be a great fight. It’s going to be a war.” 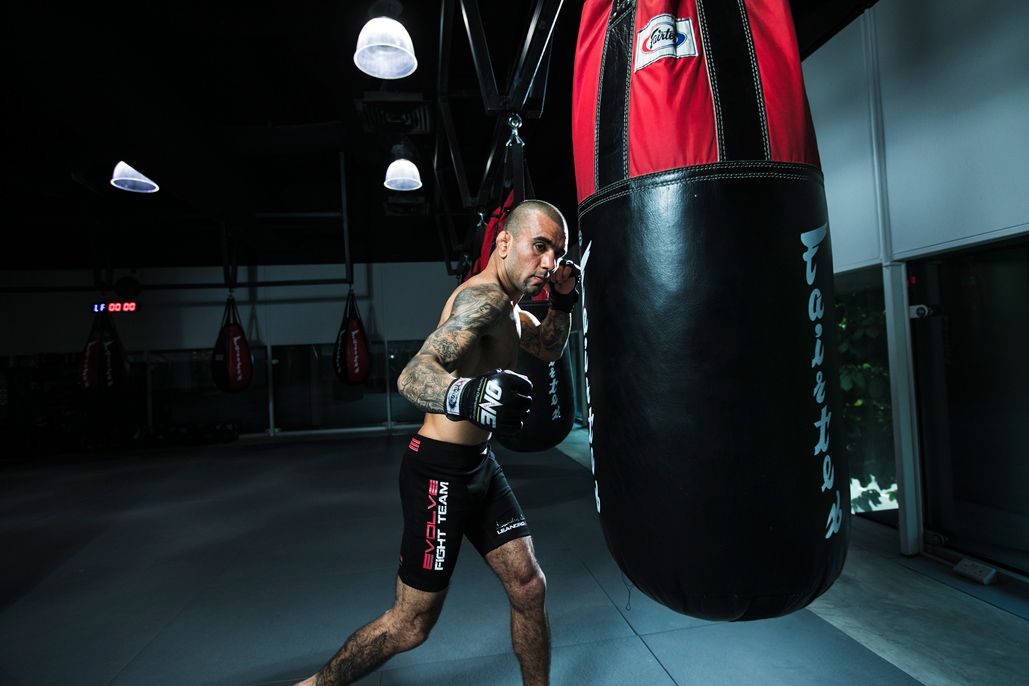 Before he even thinks about the belt, however, Issa will have to take care of the task at hand, which is defeating a confident young warrior in Gafurov.

“Brodinho” is prepared to deliver another great performance and earn his shot at the bantamweight throne.

“Nothing comes easy. Every fight is a real fight. As I say, I look for mistakes, and I try to capitalize on them,” he says.

“Every fight is different, but I’m ready to fight three rounds – to strike or to grapple. I’m ready, regardless.

“For sure, I’m right there in the mix. I’ve beaten some good names already, and I think I will deserve a title shot if I win my next fight.”