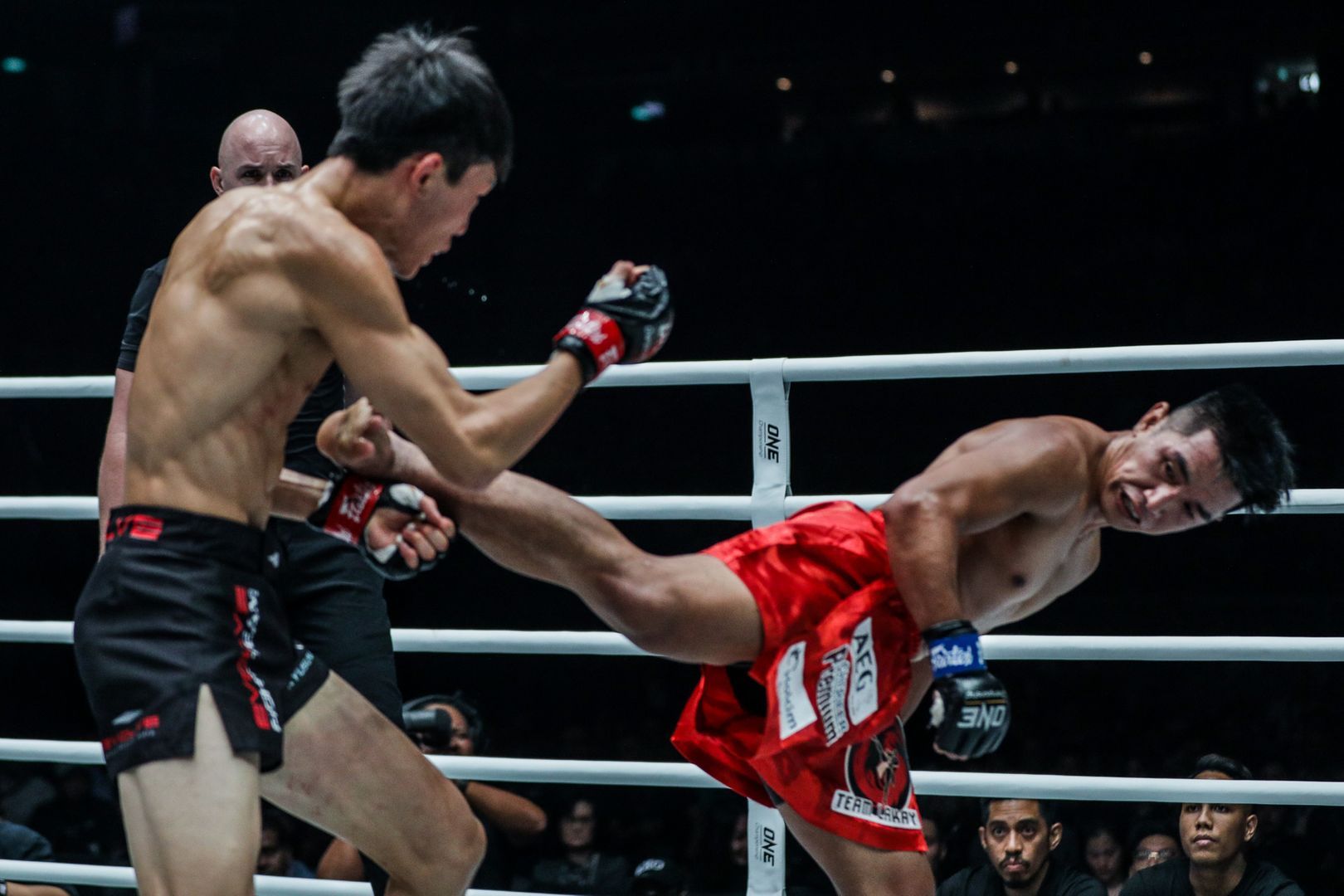 Geje “Gravity” Eustaquio’s defeat of Kim Kyu Sung at ONE: ENTER THE DRAGON ensured he is still present at the sharp end of the flyweight division.

The Filipino hero claimed a victory by unanimous decision last Friday, 17 May to secure his berth as the alternate competitor for the ONE Flyweight World Grand Prix tournament.

However, despite an impressive performance against an imposing athlete, the Team Lakay stalwart remains a perfectionist, and he wanted to make a statement with a stoppage.

Though he came away from his victory content with the result, he was not completely happy, but he credits his opponent for making his life difficult.

“I was starting to be dismayed by my performance,” he admits.

“I was looking forward to taking him down and putting on an arm triangle or a Marcelo choke, but I have to be honest, he’s a tough guy.

“The kid is willing to win, that’s why he was unbreakable. That’s why I didn’t get the finish.

“I’m not a hundred percent satisfied with my performance, but I’m looking forward to getting better, and I’m willing to go back to the drawing board and be a better athlete.” 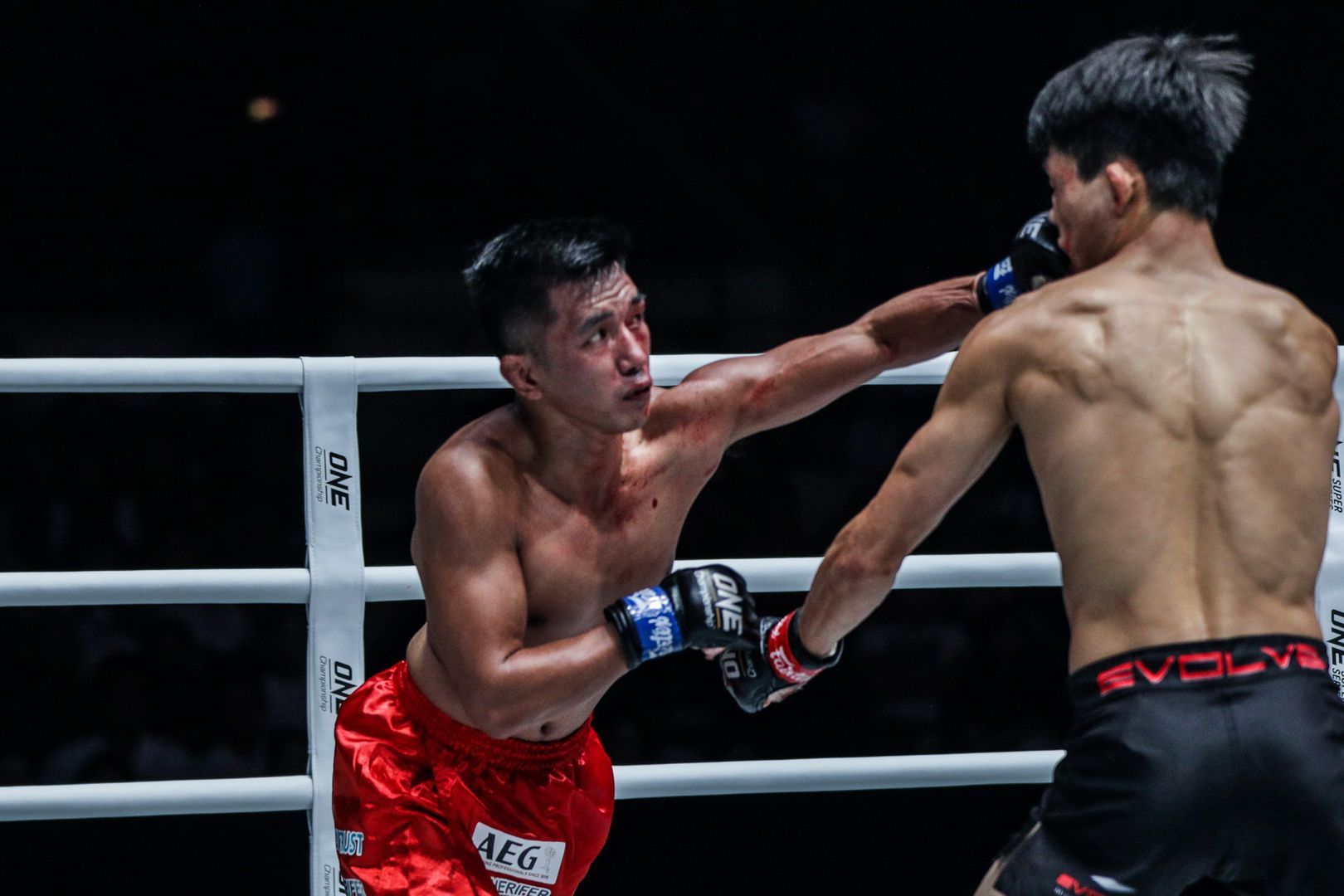 Martial arts fans might think that Eustaquio takes a harsh view of his efforts.

He had to put on a masterful display of evasion and counterstriking to overcome a massive height and reach disadvantage against one of South Korea’s most talented young athletes.

For that, the 30-year-old credits his tallest training partners, who he worked extensively with at Team Lakay to prepare for the match-up.

“In Baguio, in the mountains, there are only a few six-footers,” he explained.

“It’s a good thing that I have Jeremy Pacatiw, Jerry Olsim, and Carlo Alvarez. We brought in guys who we call ‘The Towers’ so I had some [tall] training partners. It’s really difficult taking on tall athletes.”

That preparation proved successful as Eustaquio got inside Kim’s reach and connected with clean, hard strikes throughout the match. 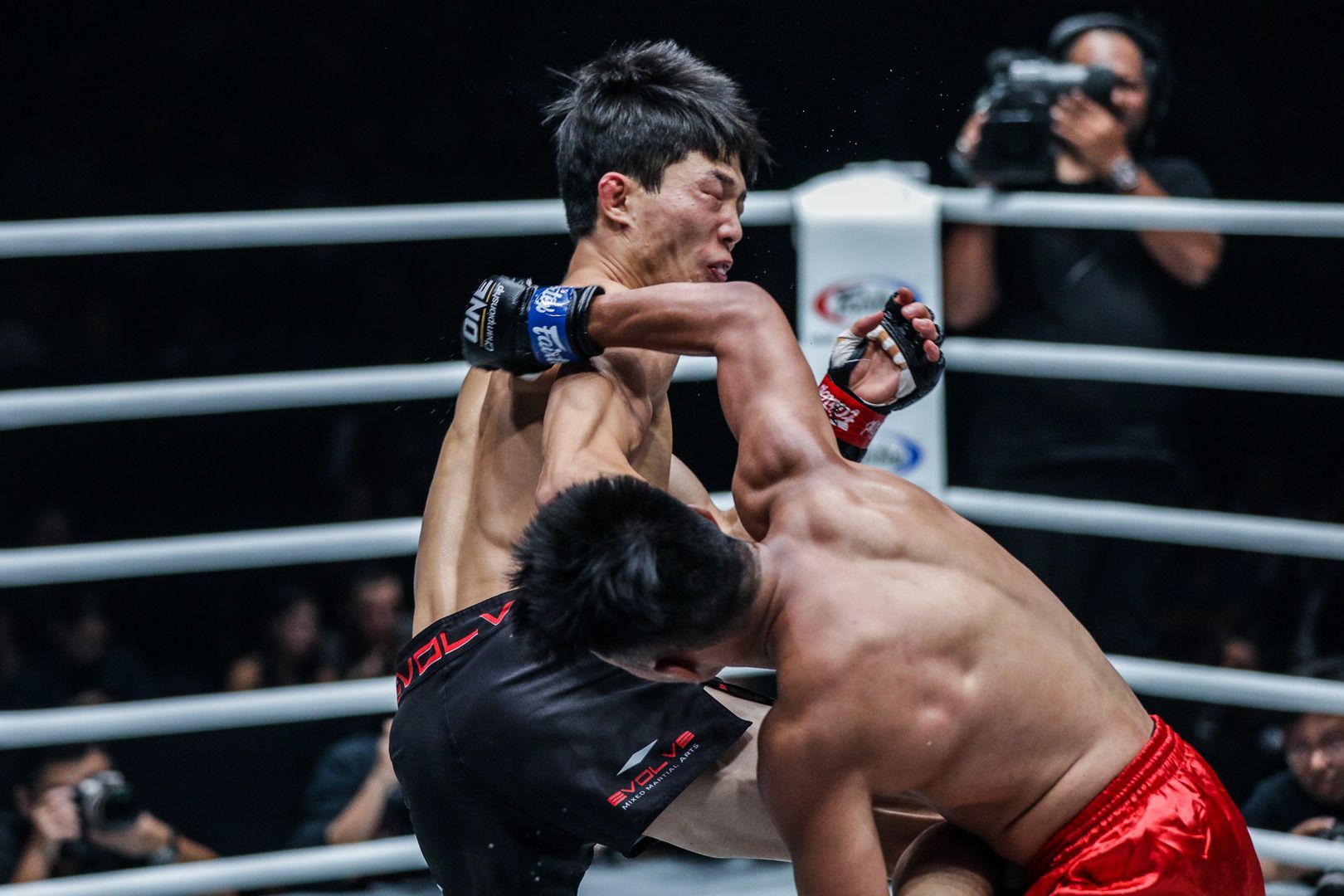 That was a product of focused training, but “Gravity” says there was one element of his mixed martial arts arsenal that he could not implement as he wanted.

However, he believes he has a lot more to show from his grappling game now that he has improved some of the technical aspects of his skill set.

“That’s what we developed after the Adriano Moraes bout – the speed and timing,” he adds.

“I am happy it showed here, but, in the wrestling department, we have to get back again and be better.”

Eustaquio’s victory made him the alternate for the ONE Flyweight World Grand Prix, which means the former World Champion knows he may be called upon to step into the tournament if any of the semifinalists cannot compete due to injury.

He would be delighted to step into the tournament that includes Demetrious “Mighty Mouse” Johnson, but he admits he would have to think long and hard about taking the opportunity if it meant he would have to face Danny “The King” Kingad. 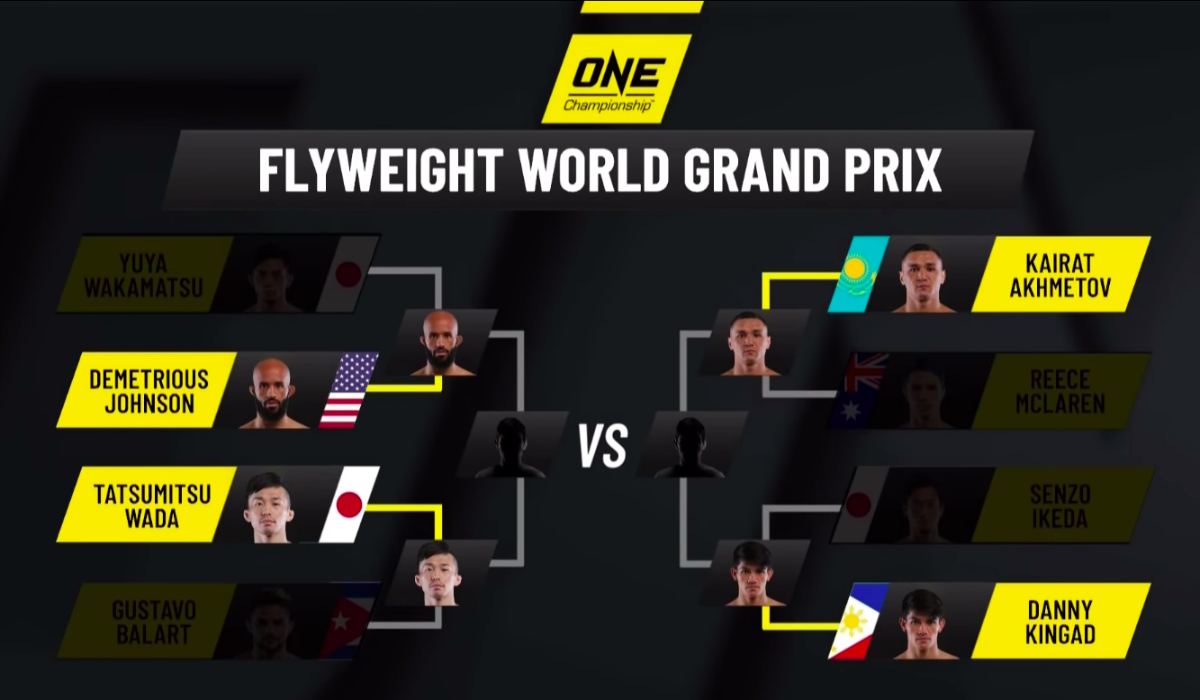 If that match is presented to them, Eustaquio says the final decision about whether to move forward will be made with the entire Team Lakay squad.

“As I always say, family always comes first, but if the company dictates that we need to face Danny Kingad in the finals, it deserves a family meeting,” he says.

“We should sit down with my team, and I bet coach Mark [Sangiao] is wise enough to decide on the matter.”

While he waits to see what comes next in the ring, “Gravity’s” aim for the next few months is simple – improvement.

“Get back to the drawing board, be a better athlete – that’s my ultimate goal right now,” he adds.

“I’m not looking forward to a World Title [yet] – it’s all about making myself a better athlete, and soon, everything will follow. 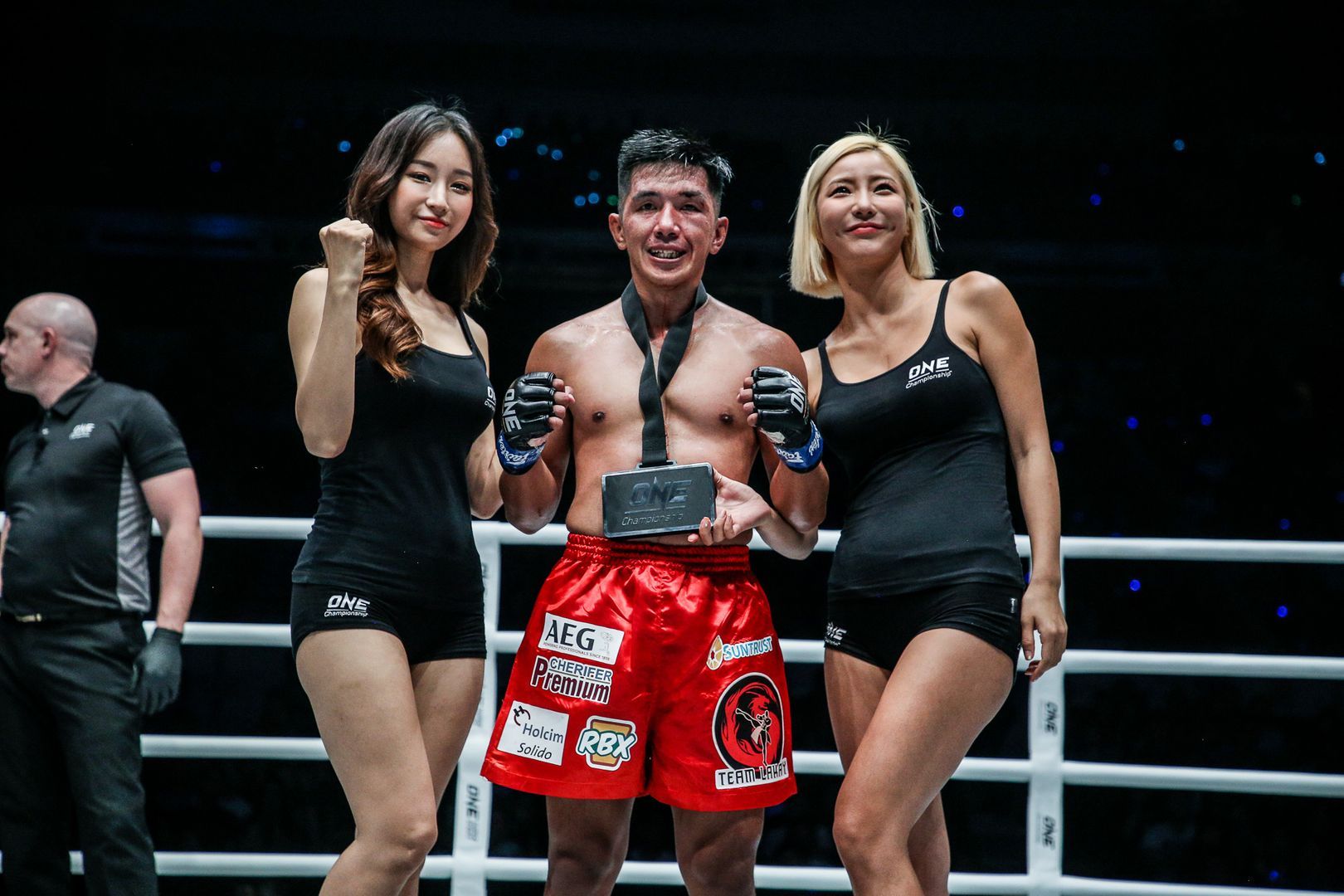 Eustaquio’s mind may not be on the gold for now, but after the disappointment of losing the ONE Flyweight World Title earlier this year, he has his eyes on regaining that prize.

He has already succeeded in bouncing back into the win column, and he is keeping faith that he is on the right path to reach the belt down the road.

“Sometimes God will put you down so that when you rise up again, people will talk about how you rose and conquered the odds, and it’s where God is glorified,” he said.

“We learn every time we fall. The winning has started, and I believe we will go all the way.”