Geje “Gravity” Eustaquio looked to be back to his best as he took a hard-earned unanimous decision from Kim Kyu Sung at ONE: ENTER THE DRAGON.

It did not take long for the Filipino to make his presence felt inside the Singapore Indoor Stadium as he moved forward with intent to take away his rival’s big reach advantage.

The Team Lakay representative kept the battle at close range, but also attempted a spinning kick in the opening moments of the contest, and his leg kicks continued to give the Jeonju native problems throughout the first round. He also slipped many of the South Korean’s punches with his slick head movement.

Kim was the quicker of the pair at the start of the second round, and landed a perfectly-timed overhand right which took “Gravity” by surprise. That was not the only successful strike by Kim, but it was not long before Eustaquio continued to land his precise combinations.

Eustaquio’s confidence seemed to grow as the match progressed into the third frame as he beckoned his rival to attack, and continued to evade many of the strikes that were aimed at his head. Kim, however, was not prepared to go down without leaving everything in the ring.

Midway through an exchange, the 26-year-old Evolve representative screamed at the top of his lungs, which set the crowd abuzz as he advanced forward with a flurry of strikes and caused some damage above his opponent’s left eye. 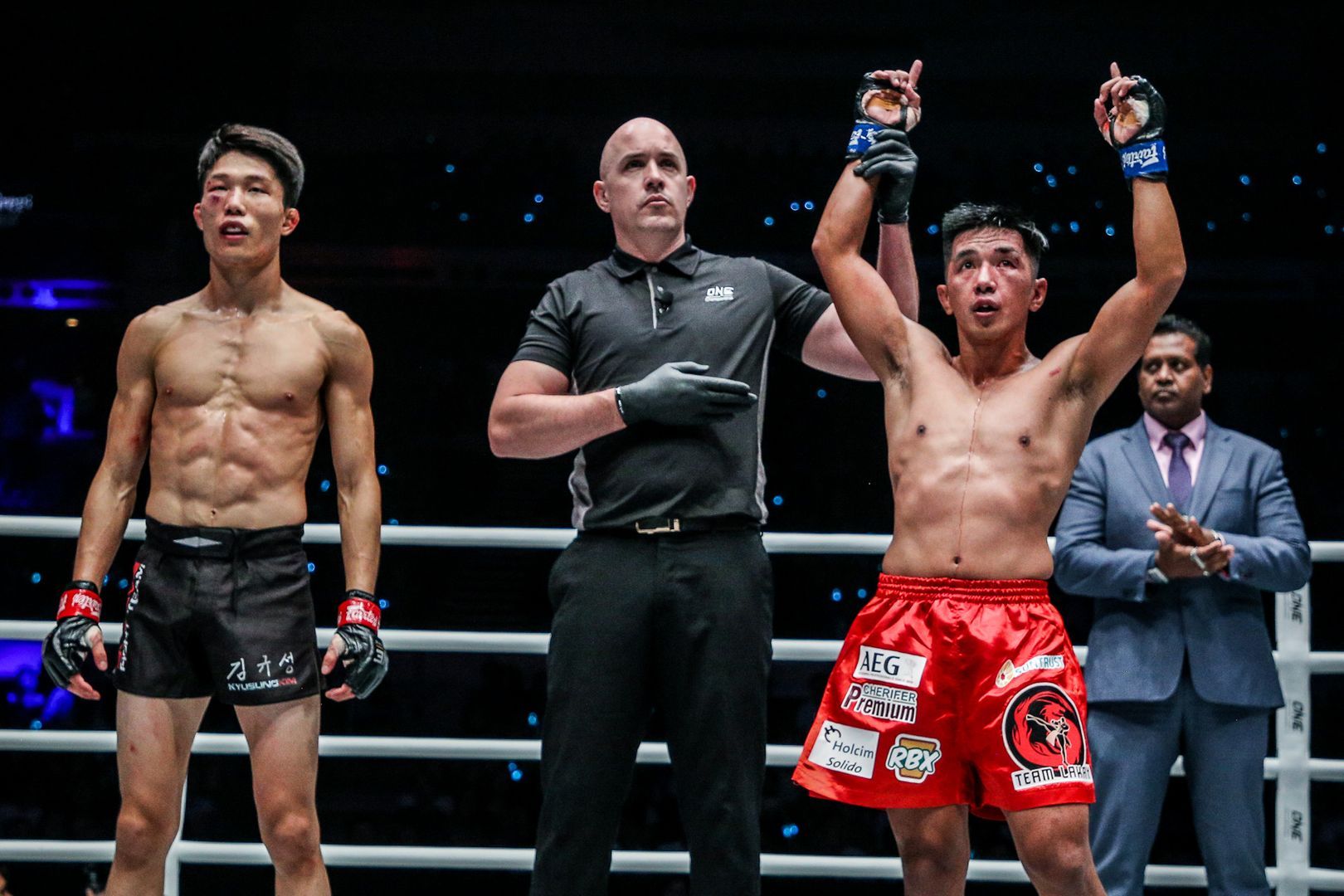 However, Eustaquio stayed active and continued to score with spinning elbows and precise punches, and Kim’s late charge was not enough to convince the judges.

After 15 minutes, all officials at ringside scored the contest in favor of “Gravity.”