In 2019, the weight class is set to enjoy its biggest year ever, as new innovations and additions to the roster will test its stars like never before.

Looking back at his campaign in 2018, Ting says there are plenty of positives for him to take into next year. 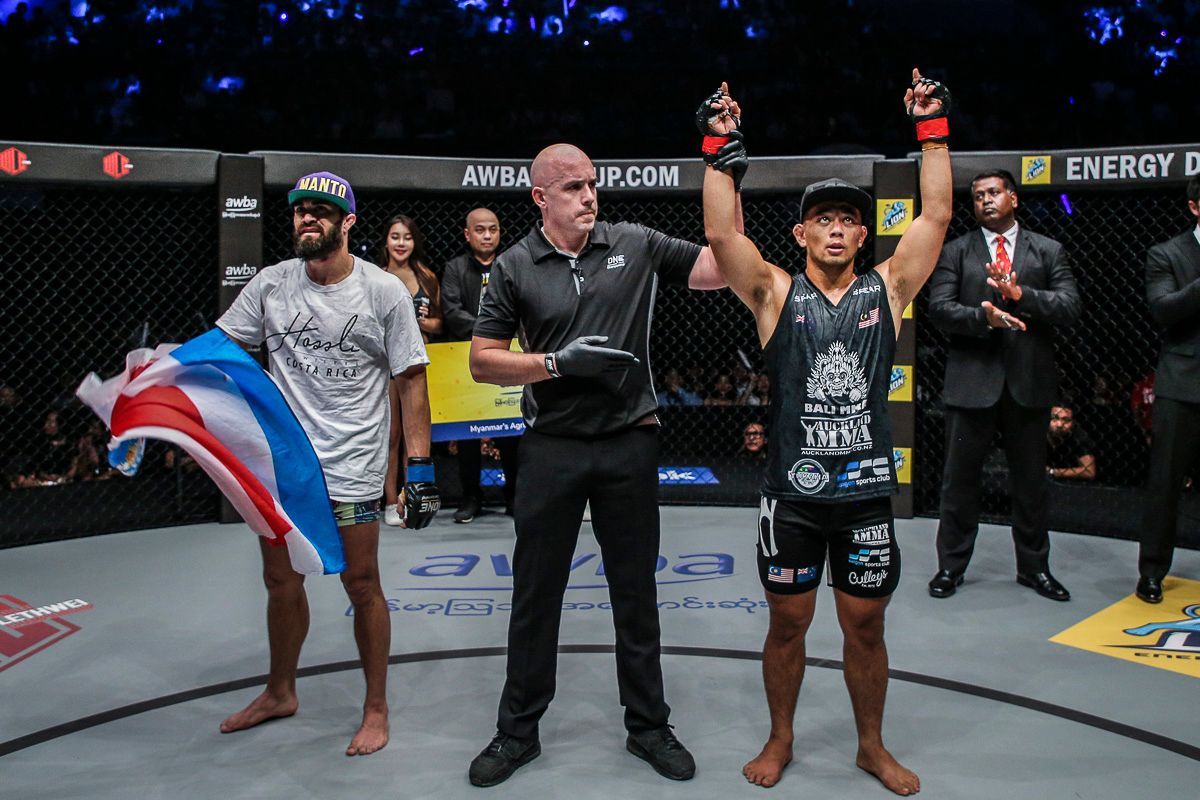 “It’s been a good year with ONE Championship,” he says.

“It’s been a busy period, but I’m thankful for these opportunities.

“There is, of course, room for improvement in various departments, and I’m determined to be a better version of myself come next year.”

His first bout of 2018 saw him face off against the gritty grappler Ariel “Tarzan” Sexton at ONE: QUEST FOR GOLD in Yangon, Myanmar and “E.T.” was forced to dig deep to earn a split-decision victory over the Costa Rican contender in the night’s co-main event.

Determined to deliver a more decisive performance in his next bout, Ting traveled to Macau, China to take on former ONE Lightweight Title challenger Koji “The Commander” Ando at ONE: PINNACLE OF POWER. 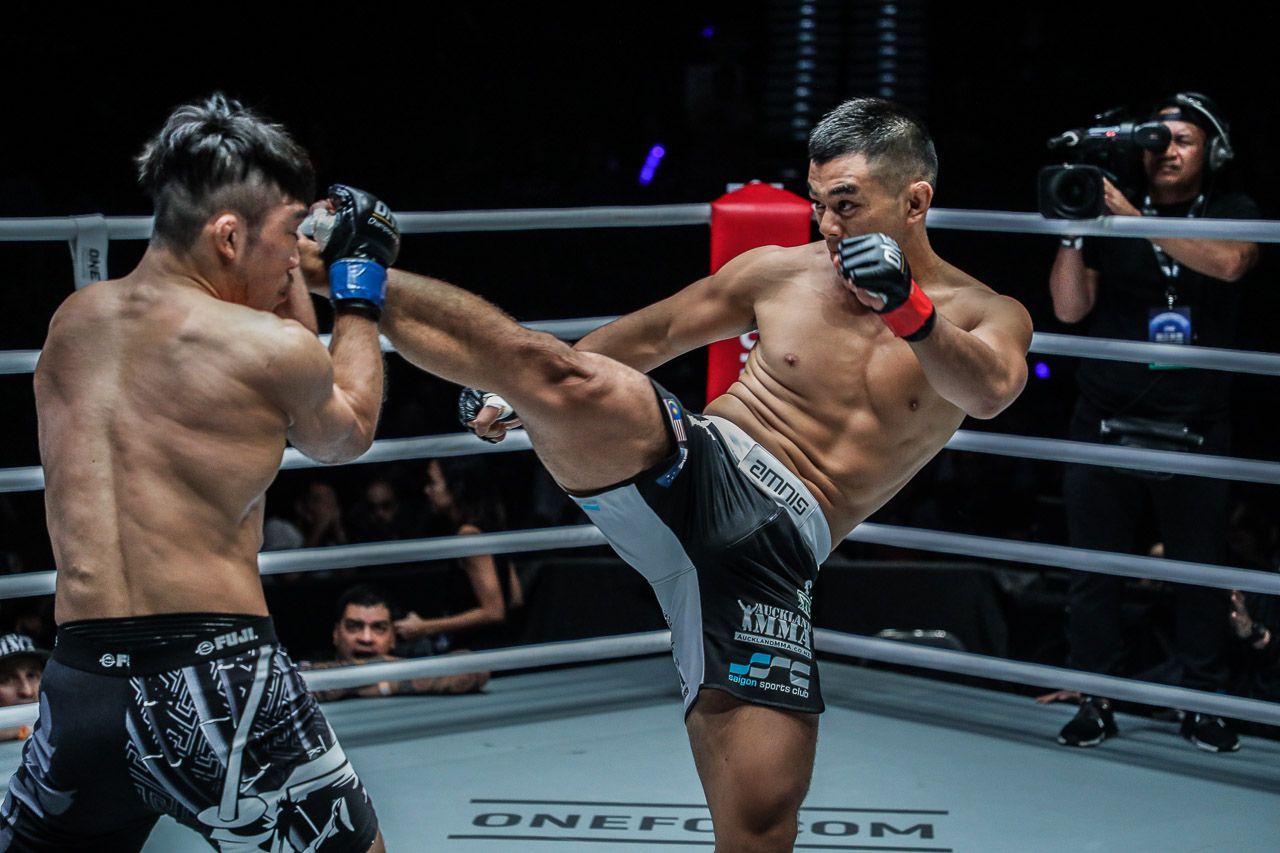 Once again, the win came by decision, but the margin of victory was noticeably wider, as Ting used his experience of the Sexton bout to good effect against the Japanese contender.

“Ariel Sexton and Koji Ando were a perfect match for me. They are two tough guys,” Ting says.

“If a Malaysian kid from Auckland like me can beat former world champions through hard work and dedication, then anyone can.”

Those two wins propelled Ting into a bout against former ONE Lightweight World Champion Shinya “Tobikan Judan” Aoki at ONE: KINGDOM OF HEROES in Bangkok, Thailand.

But despite showing his grit and determination in his previous two bouts, he was overwhelmed on the ground by the Japanese grappling ace, who sent him to only the second submission defeat of his career.

Despite that loss, Ting looks back on his 2018 campaign with positivity after facing three world-class campaigners and learning from each contest. 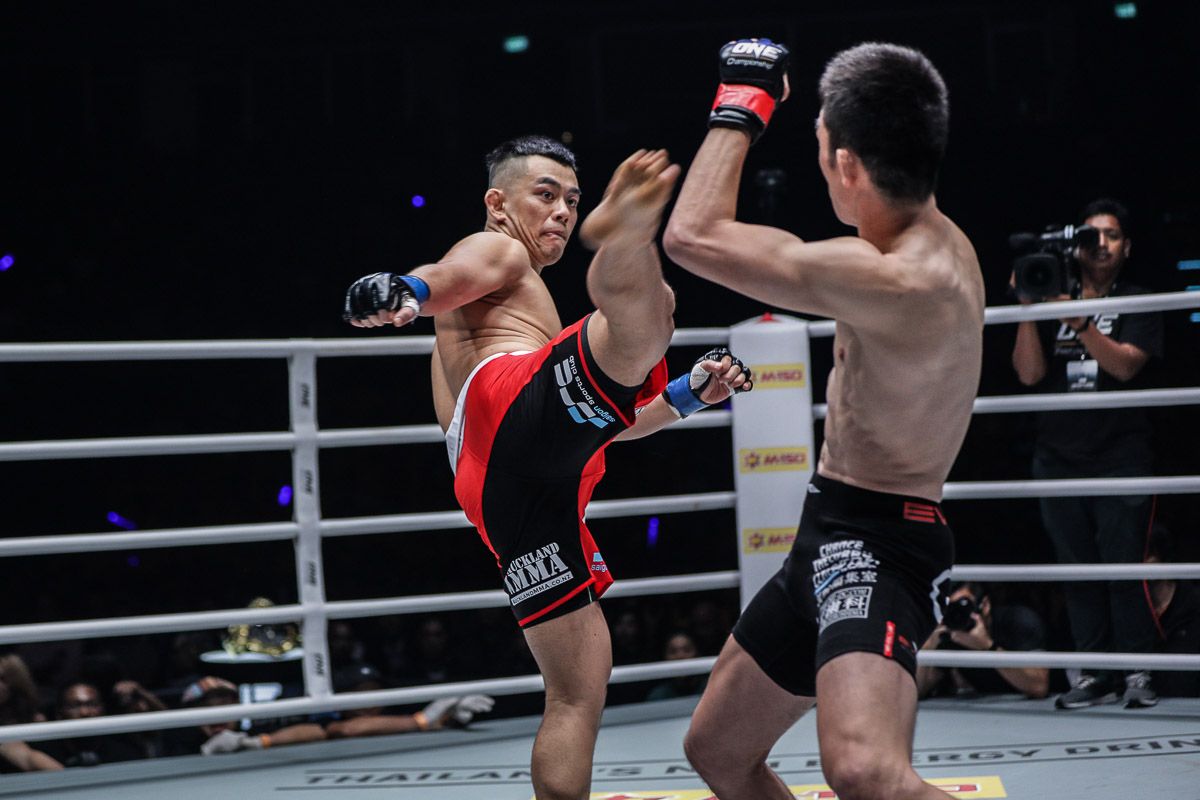 “It is always my dream to compete at the highest level to test my skills and represent my stable, Auckland MMA, and my team,” he explains.

“To be able to do it full-time this year opened my eyes to improving my skills and the potential opportunities this career opens.”

With ONE Championship planning a huge year in 2019, Ting is looking to stay in the mix as he bids to continue his improvement and eventually work his way to a shot at the ONE Lightweight World Title later in the year.

One potential avenue to that opportunity is the upcoming ONE Lightweight World Grand Prix, which kicks off at ONE: CALL TO GREATNESS on Friday, 22 February in Singapore.

The lineup has yet to be confirmed for the eight-man tournament, but with Ting firmly ensconced among the leading contenders in the lightweight division, the Malaysian is in the running to feature and will jump at the chance to test himself against the world’s best once again.

This time it will be in a tournament format, with a World Title – or a shot at the World Title – likely to be up for grabs. In anticipation of this monumental opportunity, Ting has pre-emptively started his training.

“I’ve already started training camp for all the opponents in one night, so you can say I’m pretty excited,” he enthuses.

Aside from the tournament itself, Ting says he is both excited and grateful to be a part of The Home Of Martial Arts’ martial arts revolution as the organization’s reputation and reach continues to expand across the globe.

“ONE has delivered [on] every annual projection, and 2019 is going to be another huge step forward to being the number one sports business in the world by 2020,” he says.

“ONE is doing everything right with a huge team working hard every day to promote the sport and athletes. It’s great to be a small part of it all.” For Ting, who has proudly represented both Malaysia and New Zealand inside the ONE cage, his quest for martial arts greatness looks set to continue at the highest level in 2019.

In 2018 he proved he can compete with the best in the world. Now, after more improvement and refinement of his ever-evolving martial arts skill set, his next aim is to prove he can beat them all.