Now that he is riding an impressive two-bout knockout streak, Chan Rothana hopes he has earned the right to avenge a loss and soar up the flyweight rankings.

The Cambodian hero delivered another powerful display of striking to defeat Rudy “The Golden Boy” Agustian on 3 May at ONE: FOR HONOR.

Rothana was under pressure in his opponent’s hometown of Jakarta, Indonesia, and then had to overcome some adversity as he was taken down, but he roared back into the contest to dominate in the second round and earn the win via TKO.

Cambodian sensation Chan Rothana scores a thunderous TKO of Rudy "The Golden Boy" Agustian at 2:50 of Round 2! ????????

Cambodian sensation CHAN Rothana scores a thunderous TKO of Rudy "The Golden Boy" Agustian at 2:50 of Round 2! ????????Watch the full event on the ONE Super App ???? http://bit.ly/ONESuperApp | TV: Check local listings for global broadcast

It was clear that Agustian wanted no part of his rival’s Kun Khmer striking as soon as he laid a glove on him, and quickly scored with a takedown.

Though he was able to get back to his feet, he “The Golden Boy” was relentless with his wrestling, and continued to put his rival on the canvas.

However, Rothana’s ground game has evolved since he first entered The Home Of Martial Arts, and though he was put in some dangerous positions, he had little trouble surviving.

“I tried to get out from Rudy Agustian’s takedown at least three times and turn to kickboxing,” he says

“Rudy is good in all areas of mixed martial arts and has good control when he is on top.

“Though I was on the bottom, I knew how to control myself and his strength. I had techniques and tricks to restrain him. He could not cause me any danger – I dealt with it.” The 33-year-old from Phnom Penh started to sprawl well toward the end of the first frame, which set him up for a more comfortable second round.

He listened well to the advice from his corner, which had noticed Agustian start to get tired, and he dominated from there.

Rothana was still fresh, and he dominated by picking his strikes more carefully, and then pounced when the Indonesian dropped to the mat to finish with ground and pound.

“My wife, Cindy Coupon, was very helpful in that second round. She told me Rudy became weaker and weaker, so I used my kickboxing style to finish him at range,” he explains.

“I want to thank all my coaches for training me well to bring success to Cambodia. If the bout went to the third round, I would still get the victory. I was superior to my contender.” 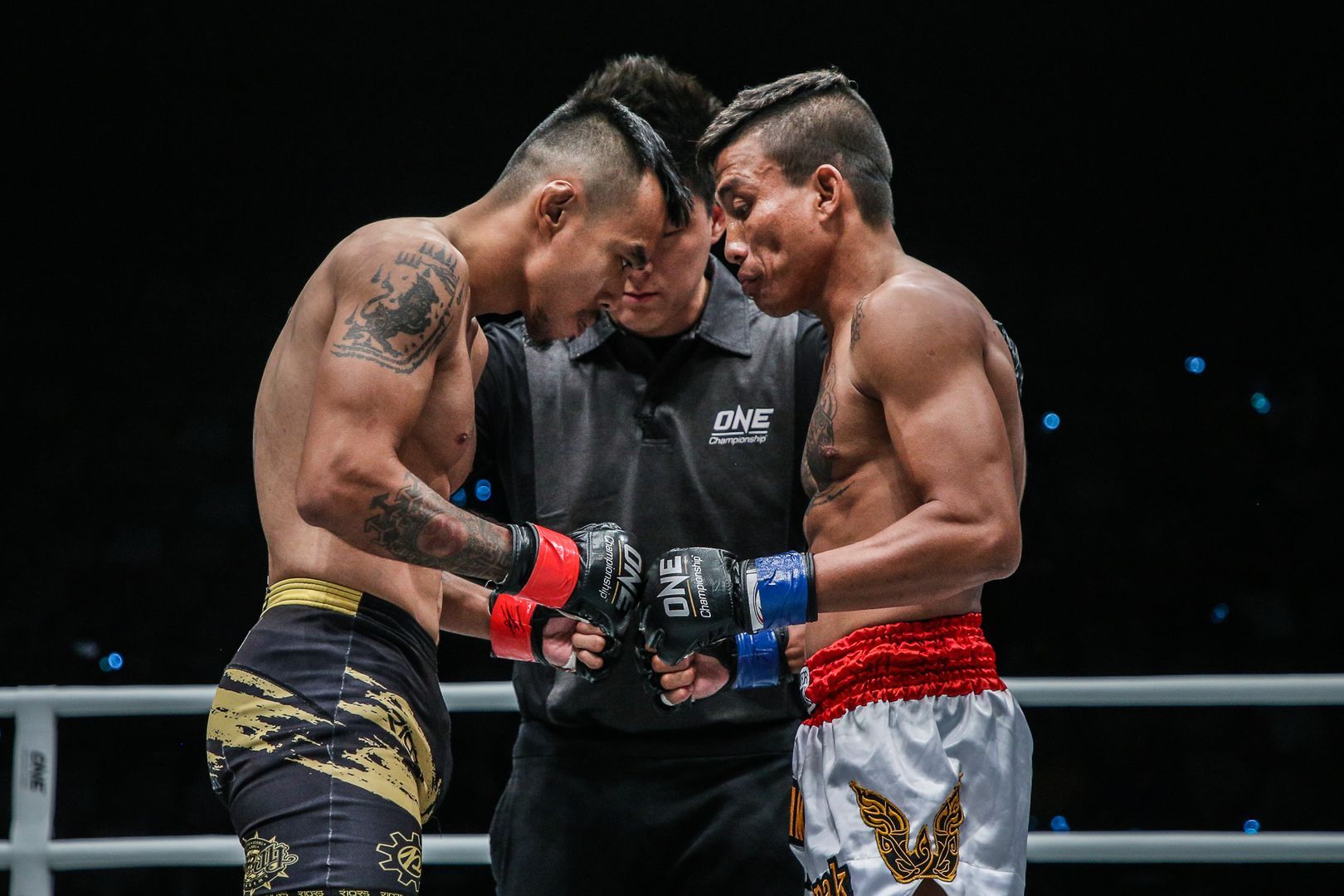 Now he has put away his last two opponents and increased his tally of wins in ONE to five, the Selapak representative hopes he can appeal to the ONE competition team to give him the chance to redeem a defeat.

“I hope my two consecutive wins will be enough to get a rematch with him. It would be great if ONE organizes a bout with him.”