The global COVID-19 pandemic has made training difficult for ONE Championship’s superstar athletes, but Vietnamese-American mixed martial artist Bi “Killer Bee” Nguyen has not been discouraged. In fact, she is more motivated than ever before.

Nguyen, who spent the past several months in the United States, has made the most of her time during the lockdown.

Although the lockdown restrictions and social distancing measures in the country have prevented her from doing full-contact training with other individuals, she continues to find ways to maintain her fitness and keep her skills sharp.

“I’m staying in shape. I’m running, I’m doing home workouts, and I’ve been hitting the bag. I just haven’t been doing full-contact training. All in all, my mental state is good, and I’m motivated,” the 30-year-old says.

“There are times where you’re going hard during a fight camp and you’re not focusing on the small things, so right now is a great opportunity to drill my footwork, shadowboxing, and movement with fast-twitch muscles.

“I think when I come back and I’m able to put on a big camp, [fans will see] a better version of me.”

One of my favorite drills! Give it a try, post a video, and tag me! Extra note: make sure you stay in fighting stance and do not cross your feet. ????

The Vietnamese-American star is eager to make her return on the global stage and she has been surveying the women’s atomweight landscape during her time away from competition.

While the division is full of quality athletes, there is one specific contender that “Killer Bee” would like to meet inside the Circle next.

“It’s no secret that I’ve been wanting to fight Mei Yamaguchi,” Nguyen says. “She’s top-ranked and I’ve been a fan of hers for a long time. It’s going to be one of those times in your life where your idols become your opposition.”

Yamaguchi, who is a DEEP Jewels Featherweight World Champion, is one of the most beloved athletes in the world’s largest martial arts organization.

The 37-year-old Japanese veteran is currently the #4-ranked women’s atomweight contender in ONE’s Athlete Rankings, and she has won six of her last eight bouts inside the Circle.

While Nguyen highly respects her mixed martial arts idol, “Killer Bee” ultimately believes she would have the advantage if she were to stand toe-to-toe with Yamaguchi.

“Mei is such a well-oiled machine. She’s so well-rounded everywhere. She has so much experience in striking, wrestling, and grappling. But I just think I’m more dynamic and aggressive,” the Vietnamese-American says.

Yamaguchi, however, isn’t the only athlete on her radar.

The duo was originally scheduled to fight at ONE: WARRIOR’S CODE in Jakarta, Indonesia, this past February, but the Vietnamese-American was forced to withdraw from the contest due to a fractured elbow. She was replaced by Nyrene “Neutron Bomb” Crowley, who lost to “Strong Heart Fighter” via third-round TKO.

If ONE’s matchmakers offered “Killer Bee” a chance to battle Hirata, she would readily accept it. However, Nguyen believes the 20-year-old judo specialist has an ulterior motive behind her recent challenge.

“She’s been on social media calling me out to fight. I’ve signed the contract to fight her before, so that’s silly. She’s just calling me out right now to avoid fighting Stamp,” Nguyen claims.

“What concerned me about the Itsuki callout though is that she said she’s not yet ready for Stamp Fairtex, but she wants to fight me. I find that a little insulting.

“Definitely, if ONE chooses to put me against Itsuki again, I would accept it. But for me, the fight I want right now is with Mei Yamaguchi.” 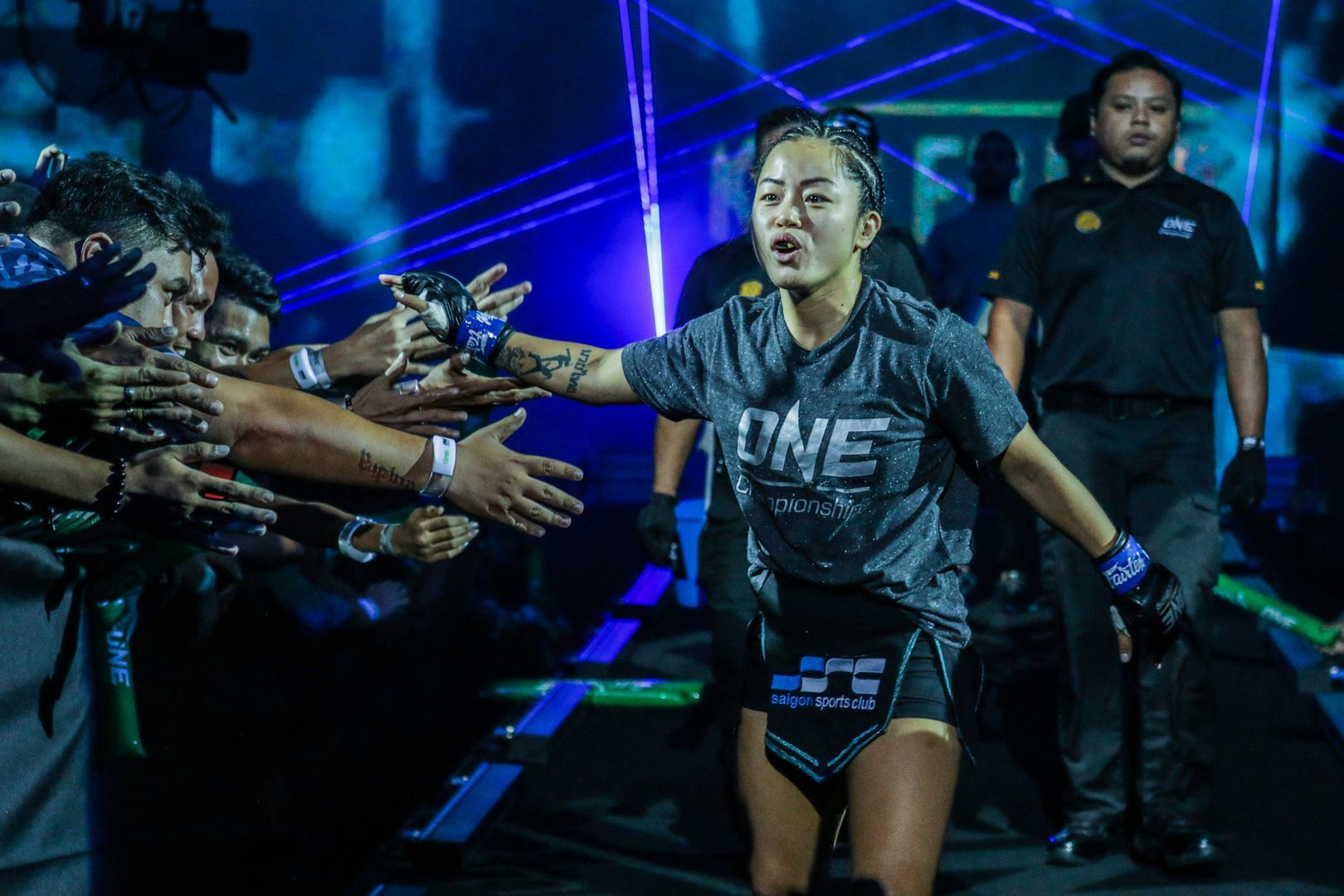 It remains to be seen who “Killer Bee” will meet inside the Circle next, but regardless of who she stands across from – whether it is Yamaguchi, Hirata, or another contender – she promises to deliver fireworks.

“Every fight that I’ve had has been entertaining because I put everything out there, so fans can expect me to be that same exciting, aggressive fighter,” Nguyen says.

“I enjoy the competition so much that sometimes I prolong it and don’t take the smart route to get the finish. Fans can expect the same exciting fighter, but this time I’m going to take the smarter route and go for finishes.

“It’s actually more exciting for me to think about how I will perform. When I come back, I think it’s going to be fireworks. I’m just ready to get in the ring. I miss it so much.”