Like most ONE Championship athletes, Itsuki “Strong Heart Fighter” Hirata is staying at home in response to the COVID-19 pandemic, but she has a secret weapon that will help her to fire on all cylinders when she returns to action.

The undefeated Japanese star has her eyes on a few potential match-ups when ONE Championship resumes its 2020 calendar of events and, fortunately, her older brother is on hand to assist in her preparation.

For the first time since he left for junior high school, Naoki Hirata is back home with his family full-time. He graduated from Kokushikan University, where he was a keen judoka, and now, he is at the family’s residence and helping his sister progress.

“I am training with my older brother. I’m running, hitting mitts, doing core training, and so on,” she explains.

“We have never trained together this much before. My brother was staying in dormitories and he didn’t live with us. He has just graduated from university, and now he is back at our home.

“Although I avoid going out, I actually feel like I am focusing on training more than before!”

Naoki’s commitment to judo has given him an unrelenting work ethic, and he is now also pursuing mixed martial arts like his younger sibling.

The recent college graduate won an amateur tournament with longstanding Japanese promotion DEEP in February, so the pair are hitting their stride together.

“He is so strict, like a drill sergeant. He is the type of guy who never cuts corners. He pushes me hard,” the atomweight continues.

“He is so good at the ground game. When I was doing judo, I learned the ground game almost exclusively from my brother. Even now, we practice some moves together.

“He normally coaches me on groundwork about a month before my bouts. He is like my teacher. We didn’t live together except when I had bouts, but now he lives with us.” 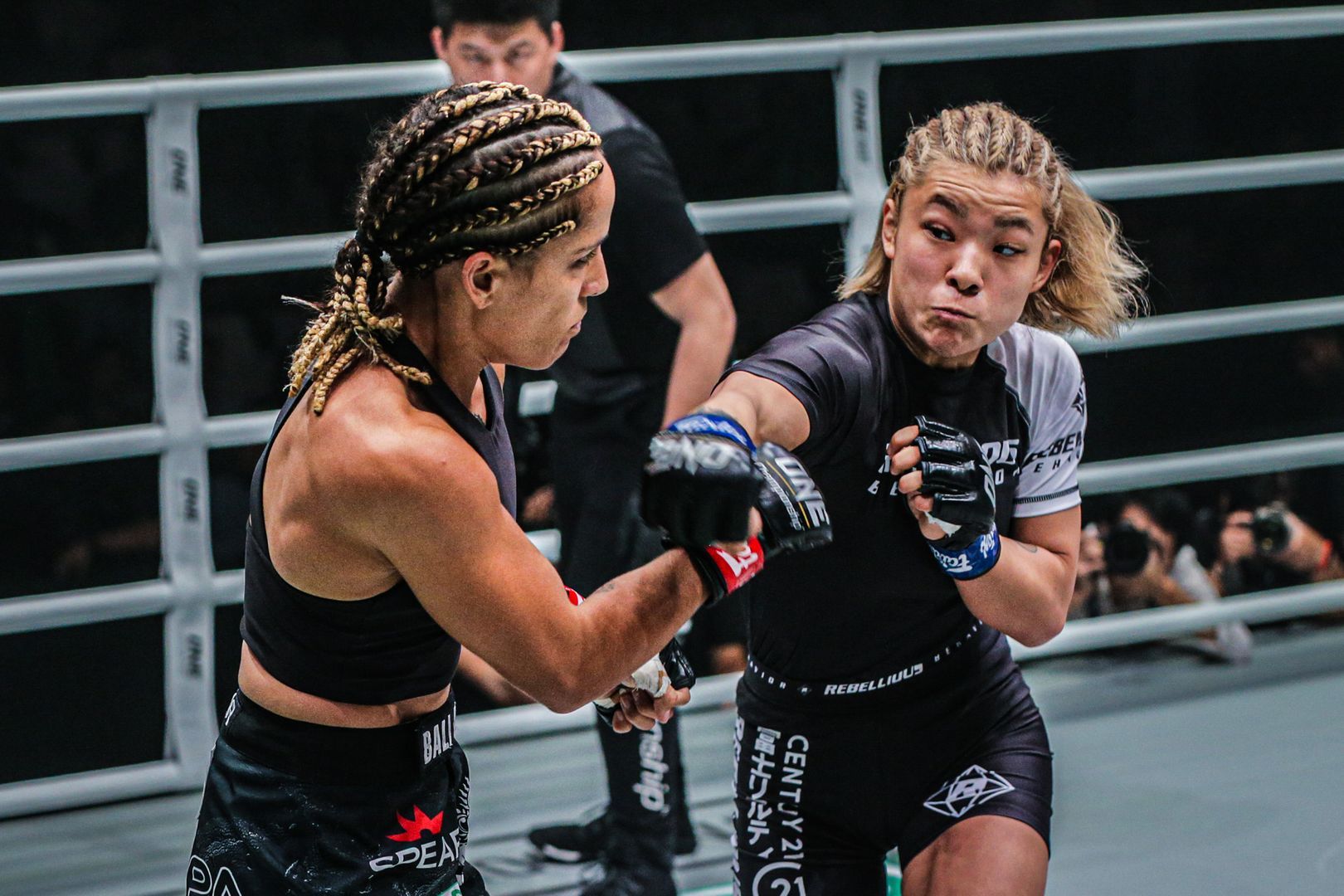 That coaching from her “drill sergeant” has paid off.

The 20-year-old Tokyo native has risen rapidly up the women’s atomweight ranks since her promotional debut in June 2019.

With six wins and six finishes to her credit, “Strong Heart Fighter” hopes she can hit the ground running once the martial arts world starts moving again.

Hirata believes she will be well-prepared to challenge the athletes in the upper echelon of the division. In fact, she has a compatriot on her radar, as well as a fellow unbeaten star.

“I don’t really care [who I face]. I want to be ready for whoever I get. But I think it is probable to face Stamp Fairtex and Mei ‘V.V.’ Yamaguchi,” she offers. 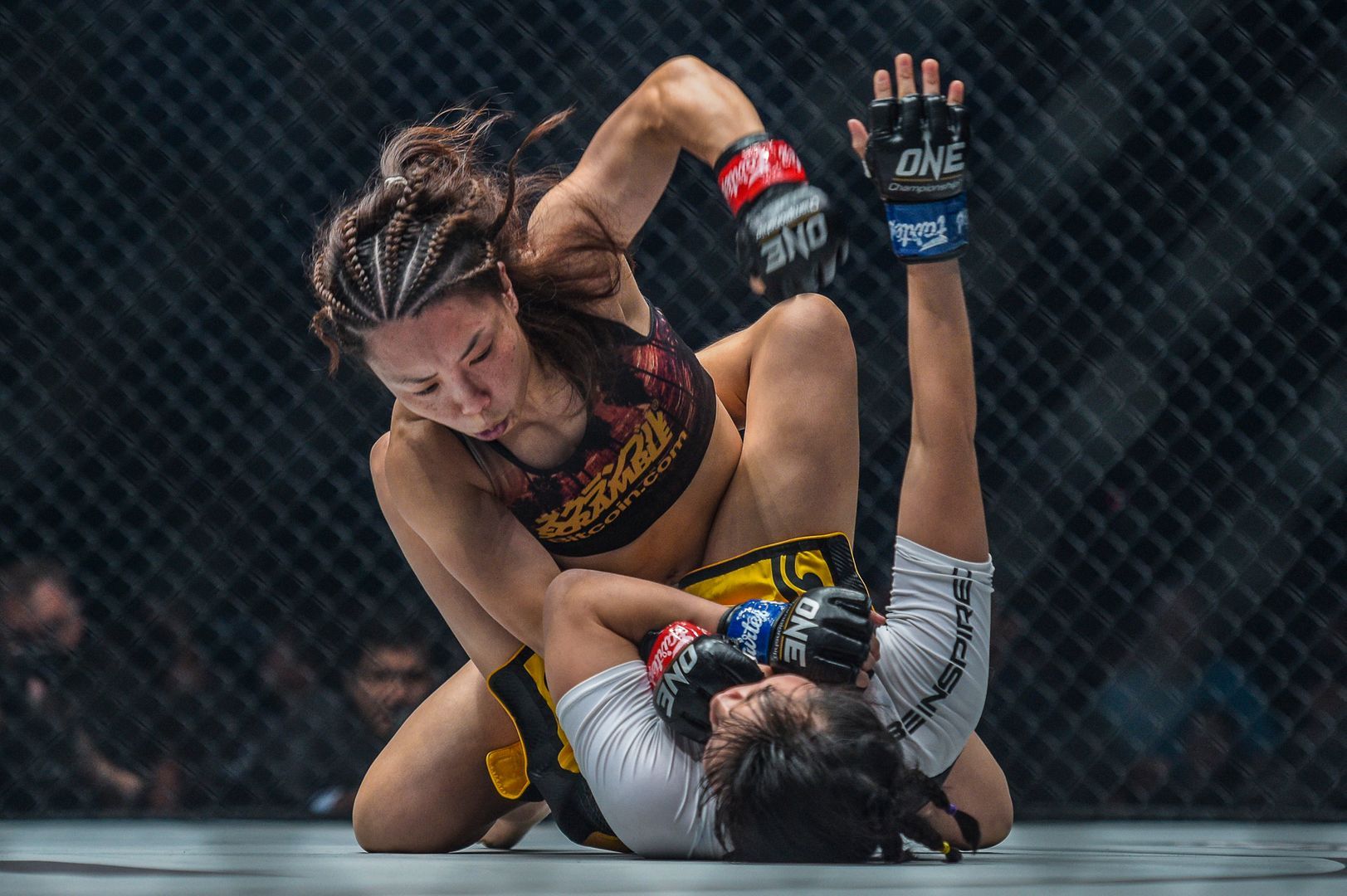 Yamaguchi, a former DEEP Jewels Featherweight World Champion, is one of the sport’s most beloved veterans.

She is a Brazilian Jiu-Jitsu black belt and two-time ONE Women’s Atomweight World Title challenger with 34 professional bouts on her résumé.

The 37-year-old is quite accomplished, especially in her homeland, and “Strong Heart Fighter” would love nothing more than to test her skills against the Japanese pioneer.

“Now we are in the same weight class and from the same country. I want to face her someday,” Hirata says.

“Mei-san is good at jiu-jitsu and the ground game. Also, she can do striking because she has a karate background, but I don’t have any [game plan] right now.” 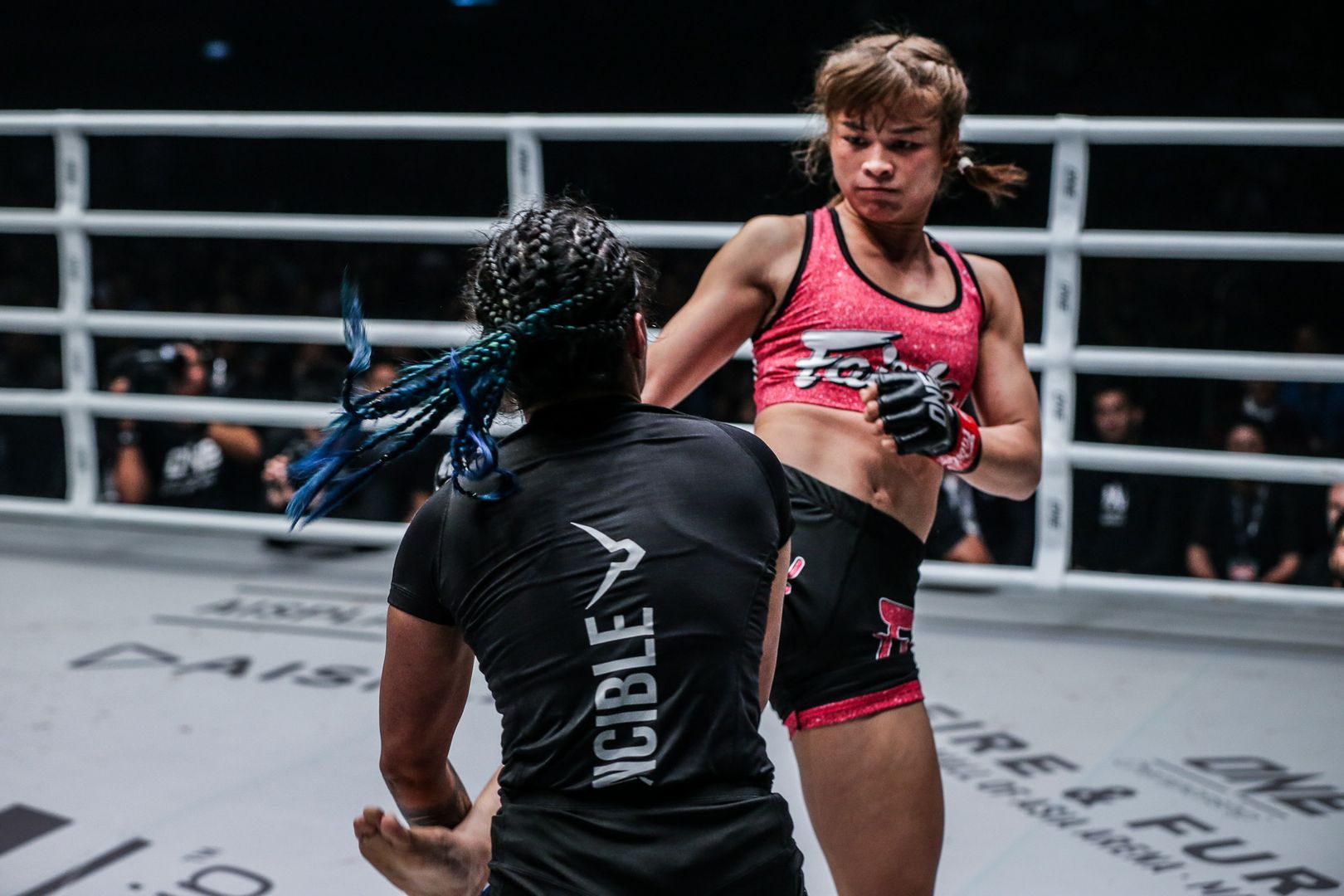 Hirata has studied her closely and even has more experience competing in the sport. Despite that, she isn’t entirely sure if she can be the person to ruin the Thai superstar’s clean slate.

“I don’t know how much athletes can practice in Thailand now, but I do not think I can win [if I faced Stamp] now. But also, part of me wants to try and see how I can do,” the K-Clann representative adds.

“I am good at groundwork, so I would win by groundwork. Maybe she would want to keep the fight standing, so I need to think about how I can get things to the mat.

“I think I need to improve my striking, but also I need more practice on my ground game. I want to [develop] my technique, and I am focusing on that right now. I want to learn more moves — takedowns and throws, too.” 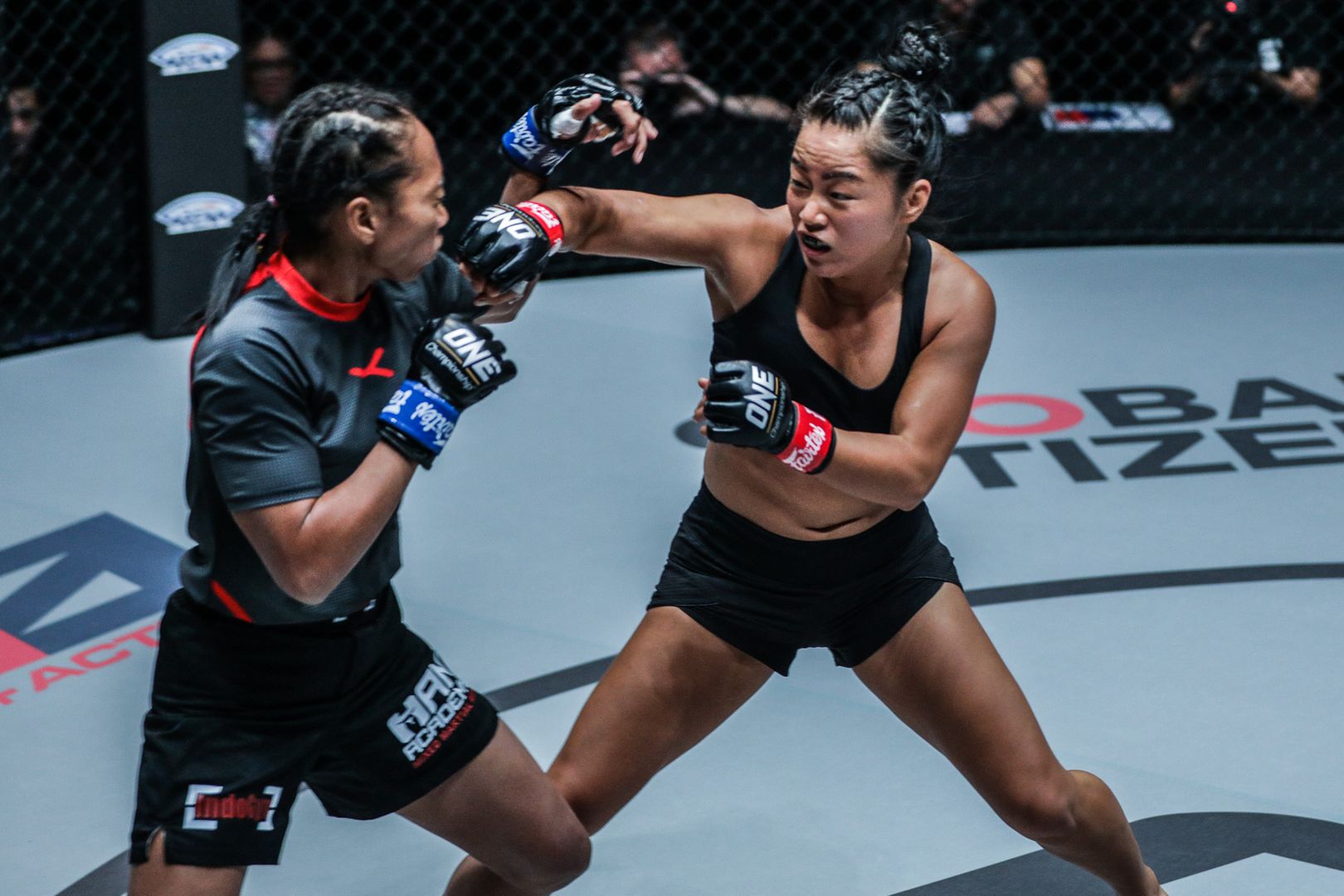 There is one more athlete in Hirata’s sights.

The Japanese rising star was scheduled to square off against Bi “Killer Bee” Nguyen at ONE: WARRIOR’S CODE in February, and she felt like her preparations for that contest — which Nguyen withdrew from due to injury — would have set her up for success.

A match-up with the Vietnamese-American is still on her radar.

“I wanted to fight with Nguyen. She withdrew from the bout two weeks before, so if the timing allows, I want to try. I was training my striking a lot and since she is a southpaw, I was training with a left-handed athlete. I was confident,” she explains.

More than anything, however, “Strong Heart Fighter” wants to put on a captivating performance for the fans when the live events resume again.

Hirata is preparing hard and she is eager to compete, and the global fanbase will be ready for their dose of the world’s most exciting martial arts action by the time the COVID-19 pandemic is under control.

“I want to do the bout which gives the most energy to everyone,” she asserts.

Read more: Thanh Le Reveals The TV Shows That You Must Binge-Watch