An overnight visit to her home village has turned into an extended break for Puja “The Cyclone” Tomar.

The 26-year-old wushu stylist had just planned a quick trip home to see her family in Budhana, India. But due to the COVID-19 pandemic, she has been forced to stay put.

“To be honest, I was visiting my village just for a day, and the next day, a lockdown was declared across the country,” she recalls. “Due to this, I had to stay here.”

Because of the abrupt notice, it has been difficult for Tomar to work out at home.

Several ONE Championship athletes have found inventive ways to continue with their training, but without the necessary gear, “The Cyclone” can only do basic exercises.

“All of my training equipment is in my flat in New Delhi, but I have been working out every day,” she offers.

“Right now, I am concentrating on exercises like shadow boxing, jumping jacks, and high knees.”

There are only two things that keep Tomar pushing through these unprecedented times — the thought of reuniting with her training partners at the gym and an eventual return to the global stage.

The Indian left her home village to pursue it in her nation’s capital, and she feels at a loose end without her busy schedule in the gym.

“I am missing my training a lot right now. We have a group of two to three people who used to always train together, so I am missing that the most,” she continues.

“I am just looking forward to things getting back to normal so that I can train and get ready for my next fight.”

Tomar already knows who she wants to face next when the promotion’s 2020 calendar of events continues rolling again, and it is a familiar foe. 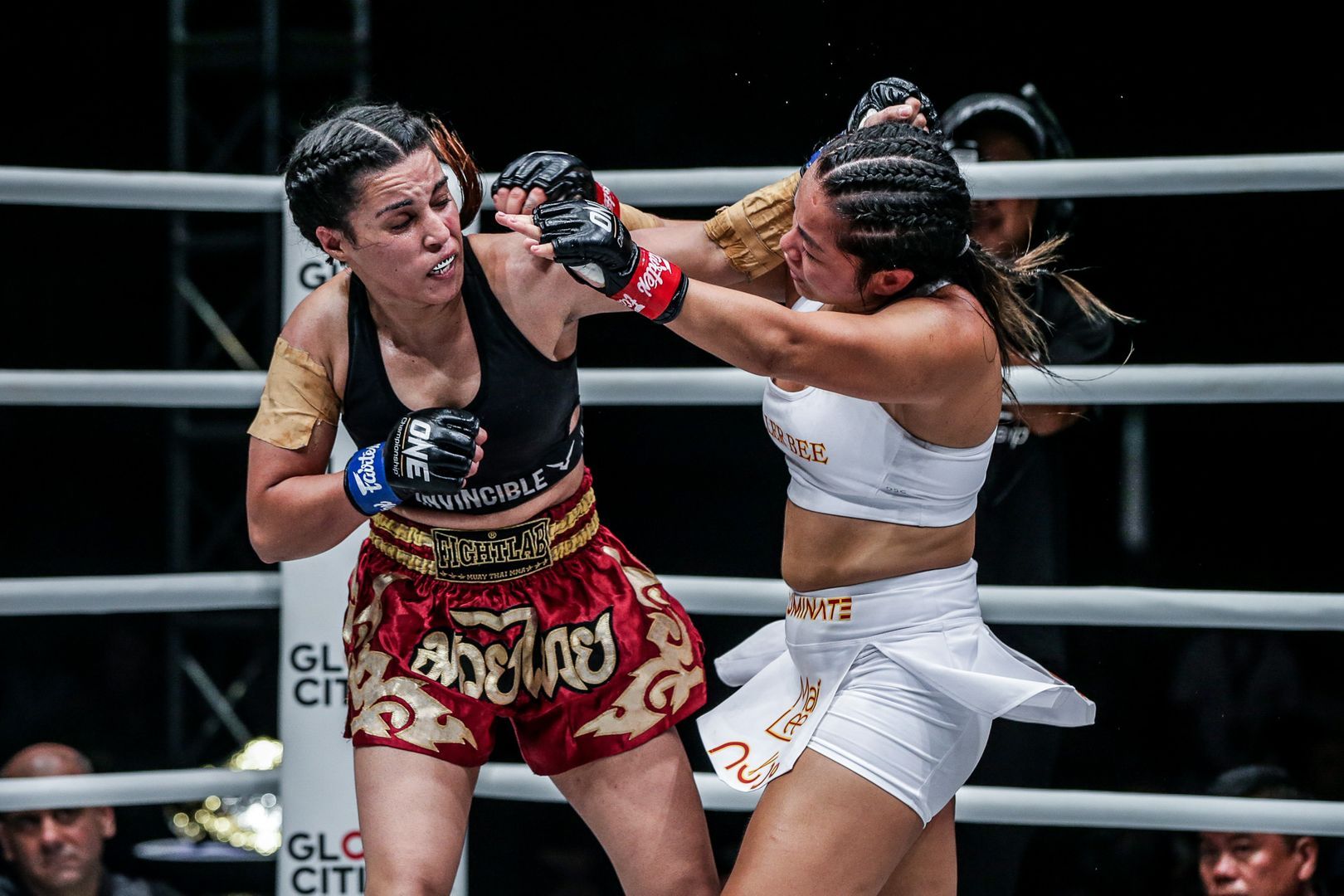 “The Cyclone” squared off against Bi “Killer Bee” Nguyen in a Muay Thai clash at ONE: IMMORTAL TRIUMPH last September.

After three competitive rounds, she fell to the Vietnam-born athlete via razor-thin split decision in her opponent’s home nation.

Tomar would love to run that match back, but with one exception: she wants the bout to take place under the mixed martial arts rule set. That would allow her to display her versatile skills, and not just her stand-up arsenal.

“I think if I continue my training and we fight again in the future, that would be awesome,” the Indian wushu champion says.

“When I fought against her before, it was my first time competing in Muay Thai and I didn’t know much about the rules. If the bout is in mixed martial arts, then I would get to showcase my BJJ skills.

“We both have a great striking and ground game. If the match goes on for three rounds, it would be very competitive and really enjoyable, too.” 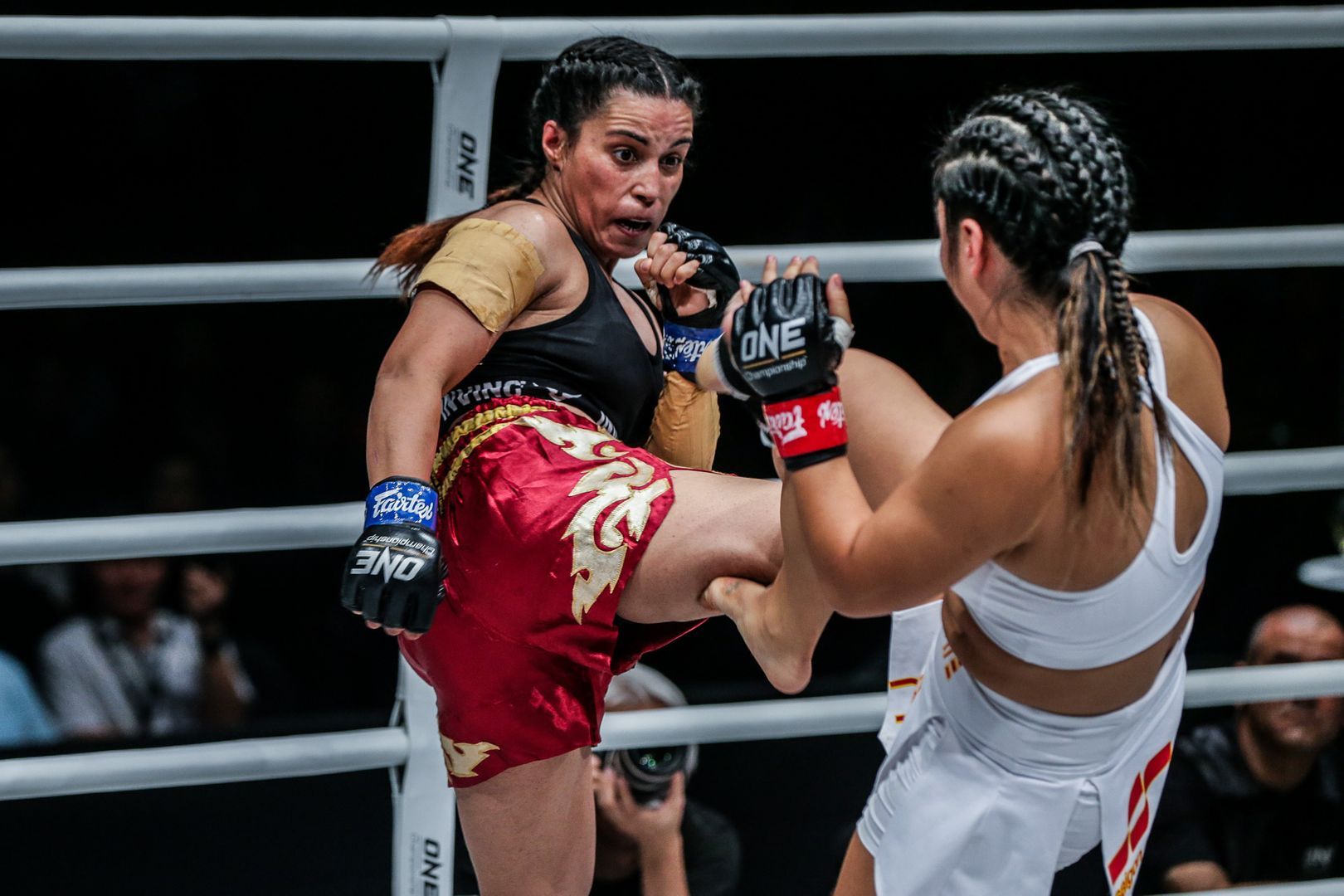 The Budhana native has taken lessons from their first encounter and, with all her tools available, she is optimistic that she could even the score.

“Last time, my preparations were not up to the mark, but still, I was able to put up a good fight,” Tomar continues.

“If I train well, I can correct the mistakes I made in my previous match. As I said, Muay Thai was new territory for me altogether. If I get a chance [for a rematch] in mixed martial arts, I will prove that I am a good athlete.”

Read more: Phoe Thaw Has A Message For Two Of His Old Rivals