Bi “Killer Bee” Nguyen’s indomitable spirit has inspired fans all around the world since her ONE Championship debut a year ago.

The more they learn about the Vietnamese-American’s battles through adversity, the more they are drawn to her, and the 30-year-old’s performances inside the Circle have only solidified the massive support she receives from the global fanbase.

Nguyen has experienced some tremendously difficult situations in her life, but she used martial arts to revitalize her confidence, and then achieve international success.

Here are three reasons why “Killer Bee” has earned admiration and respect on the global stage.

This mornings session started out terribly but I didn’t let myself get frustrated and I stuck it out. Eventually I recovered and by round 5&6 I got it together. It’s common to have bad days. It’s important to JUST KEEP GOING! Khop Kuhn kha @kru_don_muay_thai ????????

Nguyen is one of the few competitors on the global stage who has moved between ONE Super Series Muay Thai and mixed martial arts. She never says no to a challenge – regardless of the rule set.

The Vietnamese-American has victories in both sports under the ONE Championship banner, and she has every intention of pursuing both avenues to maximize her opportunities.

It does not matter who is standing across from “Killer Bee,” as she has consistently faced tough opposition — such as Stamp Fairtex, Bozhena Antoniyar, and Puja Tomar — and has never taken a backward step.

I’m honored to be a returning #IMREADY conference keynote speaker. Last year I shared my story of survival and talked about the power of storytelling. This year I will speak on how I went from surviving to thriving. See you all there! ♥️ || head over to @aapiwomenlead to register and reserve your seat ||

Nguyen endured four years of domestic abuse at the hands of a partner, who was eventually jailed for his crimes.

She has courageously spoken out about her years subjected to his physical and emotional torture in the hope that she can help others to break free from toxic relationships.

The atomweight survived to tell her tale, and the martial artist’s bravery to offer her ordeal to the world has no doubt already given many others the motivation they needed to seek help.

Alongside her busy training and competition schedule, she is a passionate advocate for several projects to empower women.

Are you tuning in Wednesday night for our second episode?! We have a miserable stormy night followed by a killer challenge (pun intended) and sooo much more dramaaaaa. Its getting real @officialsurvivor_cbs • • • #survivor #fiji #cyclone #cbs #davidvsgoliath #realitytv #challenge #castaways #tinybutmighty

Nguyen became more confident and stronger through her martial arts training, and this led her to explore other avenues that she never dreamed about before.

The Vietnam-born athlete earned a spot on the reality television series Survivor, and she traveled to the Mamanuca Islands of Fiji to film the show.

A serious knee injury cut her time on the show short, but “Killer Bee” proved that she was willing to go anywhere to push herself and gain fresh experiences.

Finally, take a look at some of Nguyen’s best action shots in ONE Championship! 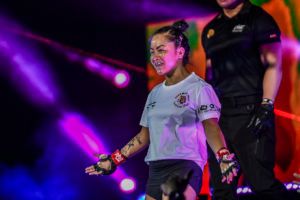 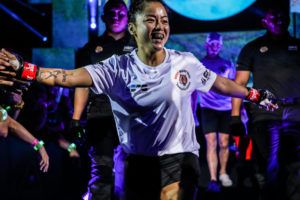 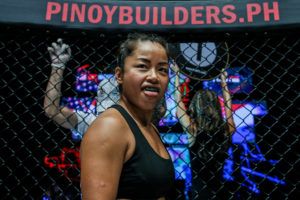 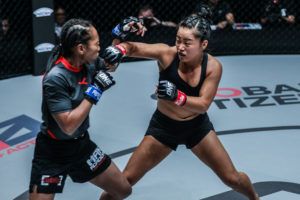 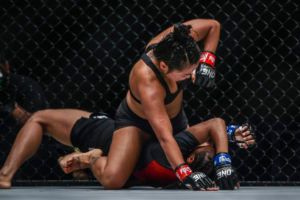 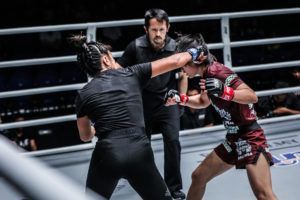 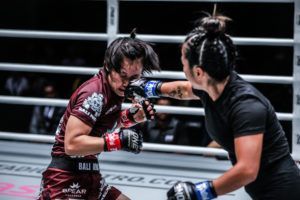 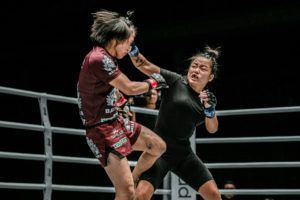 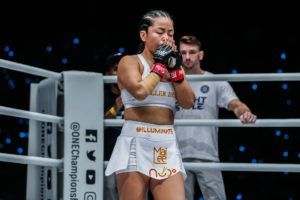 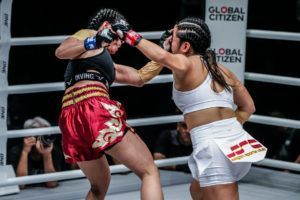 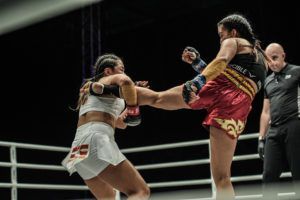 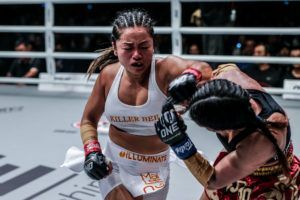 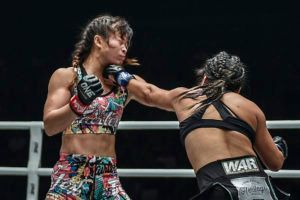 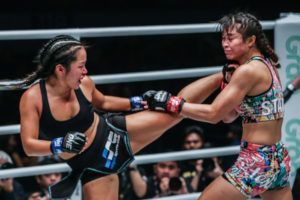 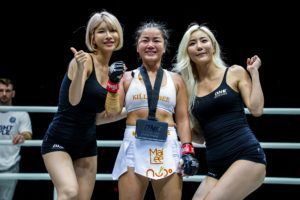 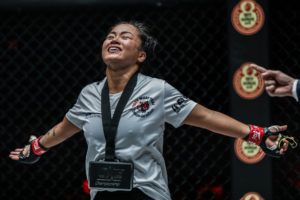